Tours to Italy offer a feast for the senses; flavours from one of the world’s best-loved cuisines; scents of mountain air and coastal breezes; warmth on your skin from the Mediterranean sun, and the sights and sounds of a country radiating history and charm at every corner.

Discover the stunning lakes and mountains of Northern Italy, in Lombardy, Trentino-Alto Adige and the Veneto, where the elegant resorts, sumptuous villas and fragrant gardens that fringe the shores of Lake Garda, Lake Como and Lake Maggiore provide the framework for a memorable Italy tour, especially when combined with a tour of great Italian cities like Milan, Turin, Verona and Venice, the last justifiably among the world’s most popular wish-list destinations.

Head south, into the plain of Emilia-Romagna, to find renowned centres of gastronomy like Modena and Bologna – ‘the Fat’ – and other small Italian cities, such as Mantova and Ferrara, bursting with colour and romance. Continue into Tuscany, the thrilling heart of Renaissance Italy, where jewels like Pisa, Lucca, Siena, San Gimignano and peerless Florence stud a landscape of rolling hills, cypress trees and vineyards. Take time to discover each city’s delights, revel in great art and wonder at some of Europe’s most striking buildings and monuments.

No Italy tour would be complete without a visit to Rome, set between the prosperous north and the rugged, largely agrarian south. The Italian capital's 3,000-year history, reflected in its awe-inspiring ruins and monuments, combines with its irrepressible zest for la dolce vita to ensure that the city ranks well against any on the world stage. Wander past ancient sights astonished by their preserved glory, shop in some of the world’s most stylish streets, throw coins in a fountain, dine wonderfully – and not always expensively – on dishes drawn from throughout the country, and simply sit and watch the Roman world go by.

Italy’s south begins in Campania, where one of the country’s most enthralling cities – noisy, independent, pizza-loving Naples – and one of its most striking natural sights – brooding, conical Vesuvius – and some of its most alluring coastlines – the stunning bays of Naples and Salerno – draw the eye and flood the senses of delighted visitors. Don’t miss Naples’ verve and vigour, lemon-scented Sorrento’s colourful charms, the dizzying Amalfi Drive, and gorgeous resorts like Positano, Amalfi, Ravello and Salerno, all awash with Southern Italian colour and crumbling charm. Offshore, Capri epitomises island idylls and expensive chic – a must-do, must-see bucket-list favourite.

Further south still, in the dusty provinces of Puglia, Basilicata and Calabria, another Italy awaits. These regions have been shaped as much by successive invaders as by the hardy inhabitants, and Spanish, Greek and even Arab influences are evident in the towns and cities, culture and cuisine of Italy’s sun-baked foot. Discover Bari’s souks, Alberobello’s iconic, conical trulli, Lecce’s Baroque treasures, the barren beauty of Le Murge's hills and some of the Adriatic’s bluest, most inviting waters on the gorgeous, verdant Gargano peninsula – all part of Puglia’s increasingly popular attraction.

Completing the mainland south, known as the mezzogiorno – literally midday, but flowing to the region’s sun-filled days – the provinces of Basilicata and Calabria are the country’s least populated and most rugged of all. Here, Matera’s famed Sassi caves, some recently inhabited by some of the country’s poorest souls others much renovated and sought after, draw increasing numbers from across the globe. Calabria, Italy’s toe, faces west to the Tyrrhenian Sea and east towards the Ionian Sea, across which its Greek colonisers once sailed. Largely ignored by all but the most intrepid traveller, places like pretty cliff-top Tropea, on Calabria’s west coast, university seat Cosenza, the wild, protected Sila National Park and the ancient Greek relics at Locri on the Ionian coast, all await discovery and exploration.

OUR TOP HOLIDAYS TO ITALY

Check out our top holidays and tours to Italy

Visit Portofino, one of the Mediterranean's most exclusive corners - Discover the wonderful cities of Pisa and Lucca - Spend a day in breath-taking Florence
Best seller
View details

Little Trains of the Dolomites

Sorrento & the Bay of Naples

Relaxing in a comfortable hotel beside the Adriatic Sea - A visit to the medieval village of Cisternino - Alberobello's traditional, conical trulli houses
Best seller
View details

Ancient Alghero and the views across to the Capo Caccia - The hill-top town of Bonifacio, including a train ride - The amazing rock formations of the Calanques de Piana
Best seller
View details

Seven nights on the shores of the blue Tyrrhenian Sea - Exquisite, cliff-top Tropea, its dazzling beaches and island church - Wander down to the water’s edge in delightful Chianalea di Scilla
View details

Enjoy four nights in beautiful Verona, in an elegant hotel base - Discover the exquisite city of Romeo and Juliet - Journey by train to glorious Venice, La Serenissima, to soak up the atmosphere of Carnevale
View details

Learning the secrets of Tuscan cuisine from an Italian chef - A guided walking tour around the Cradle of the Renaissance, Florence - Tasting regional specialities in Pisa and Lucca on a full-day tour
View details

The Best of Italy

THINGS TO SEE ON A TOUR TO ITALY 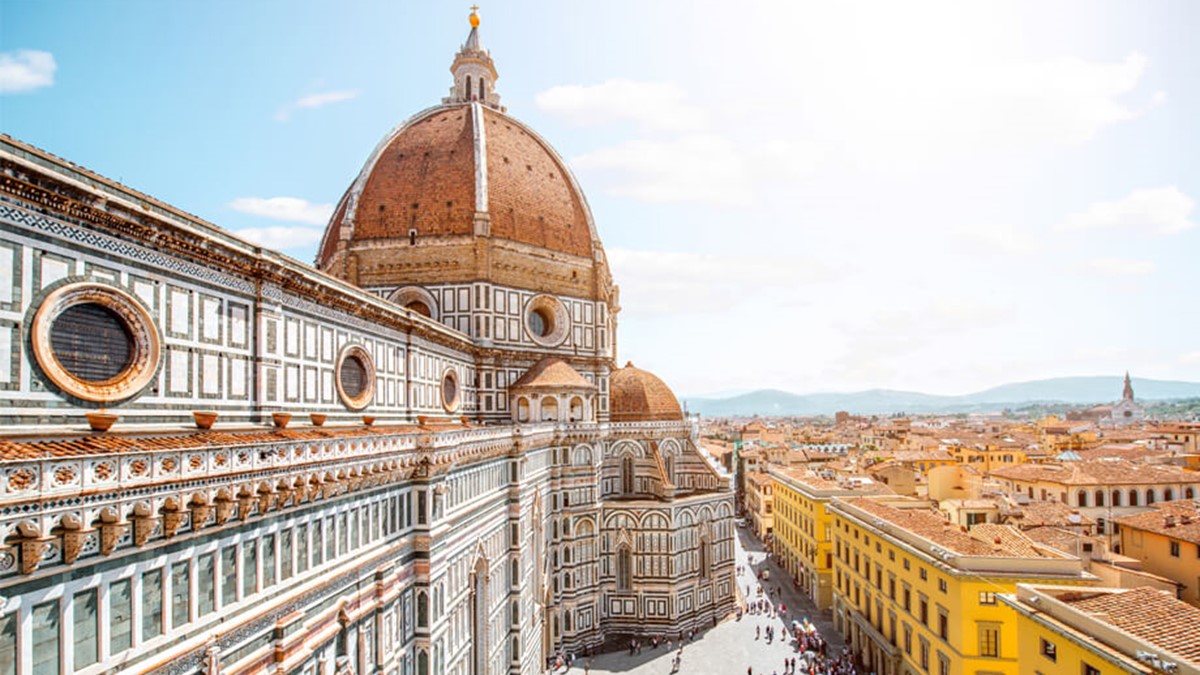 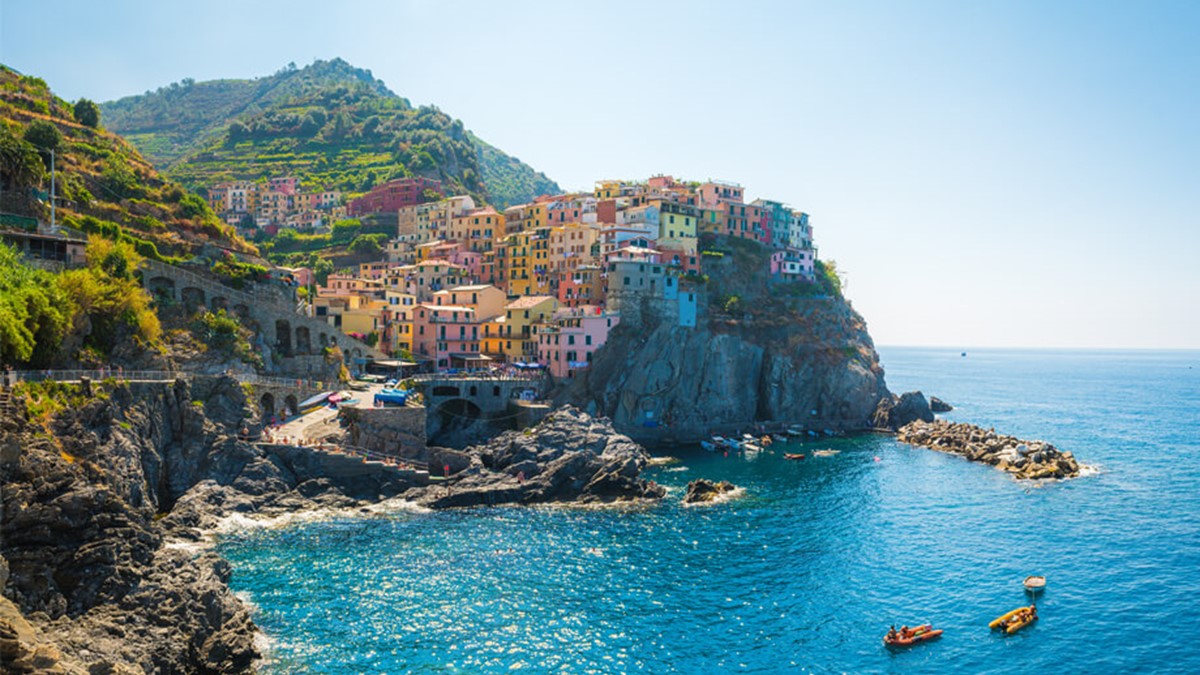 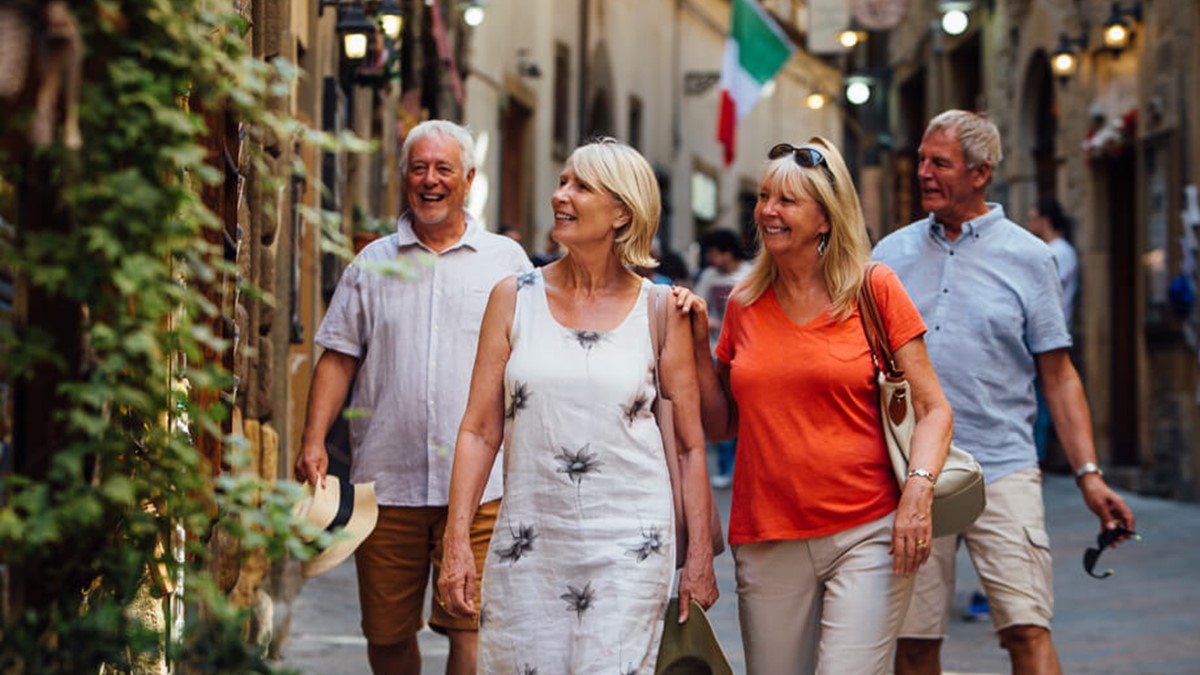 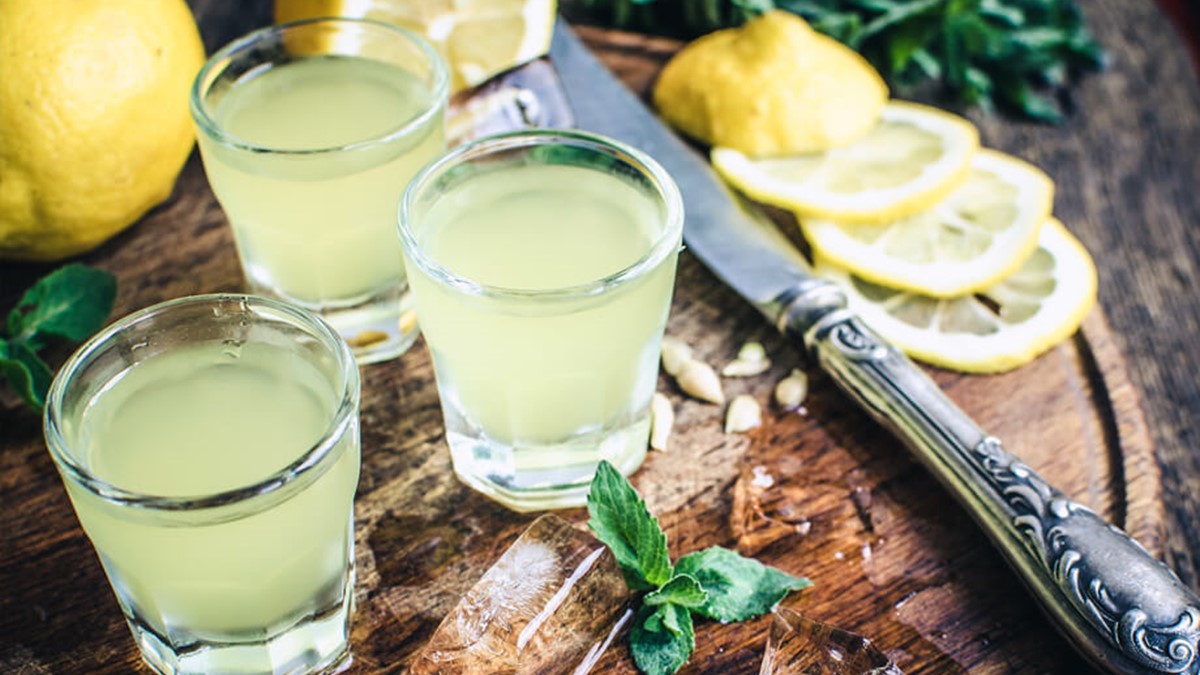 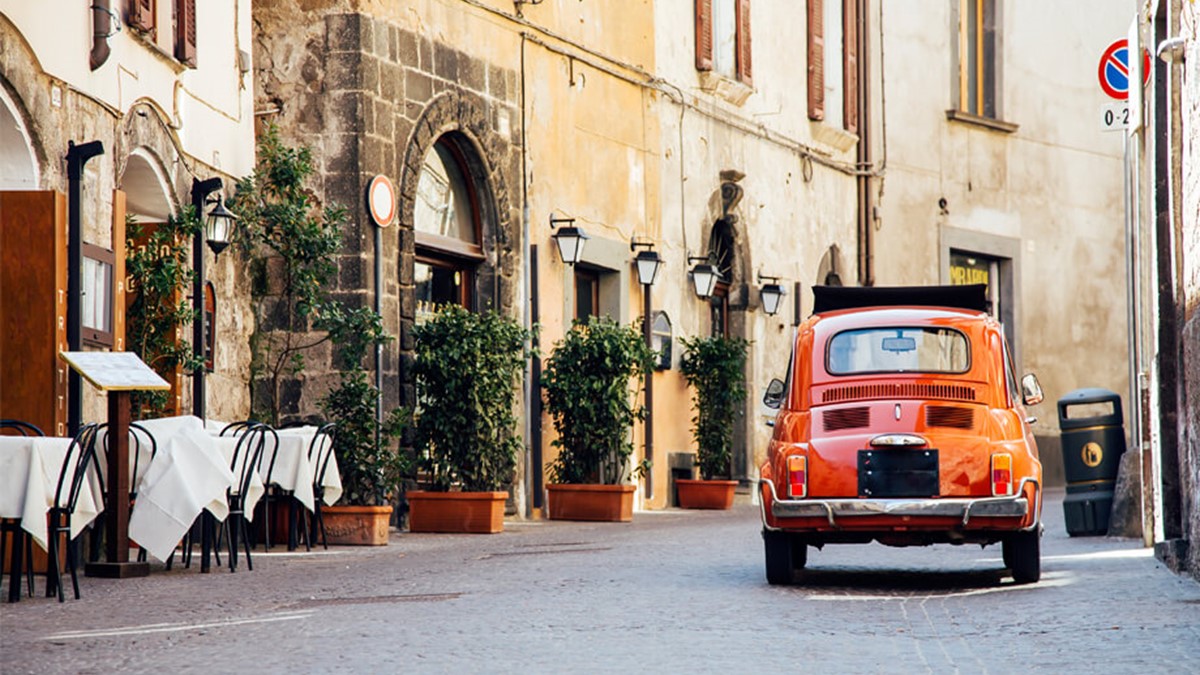 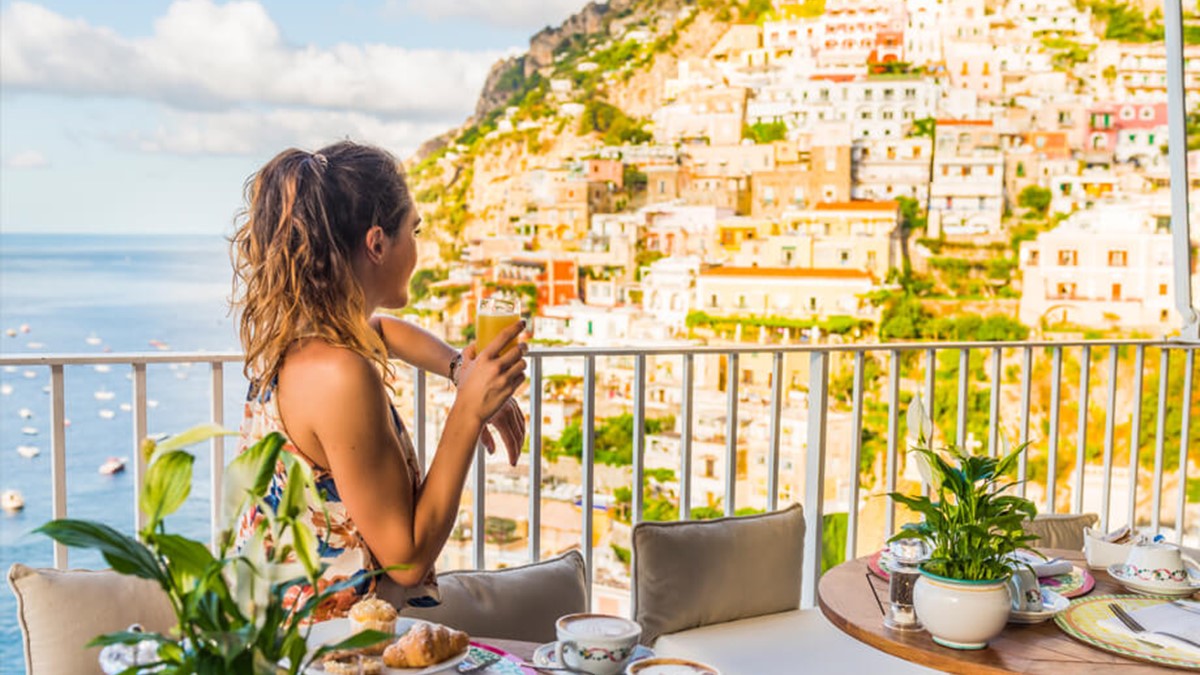 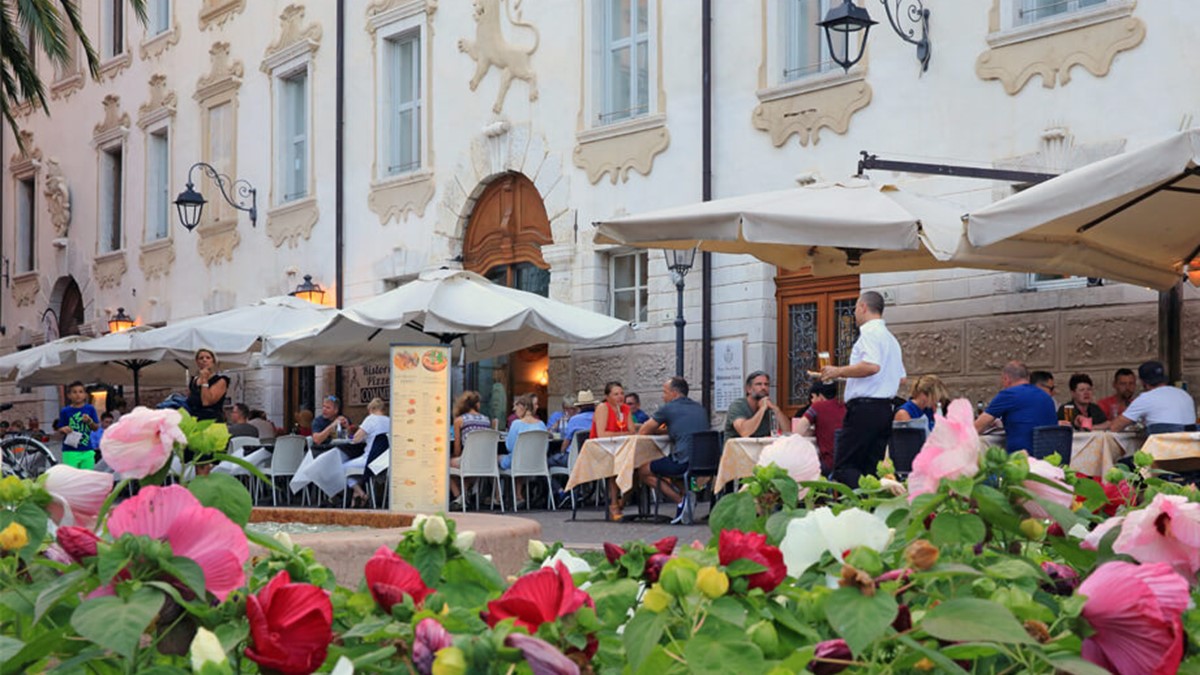 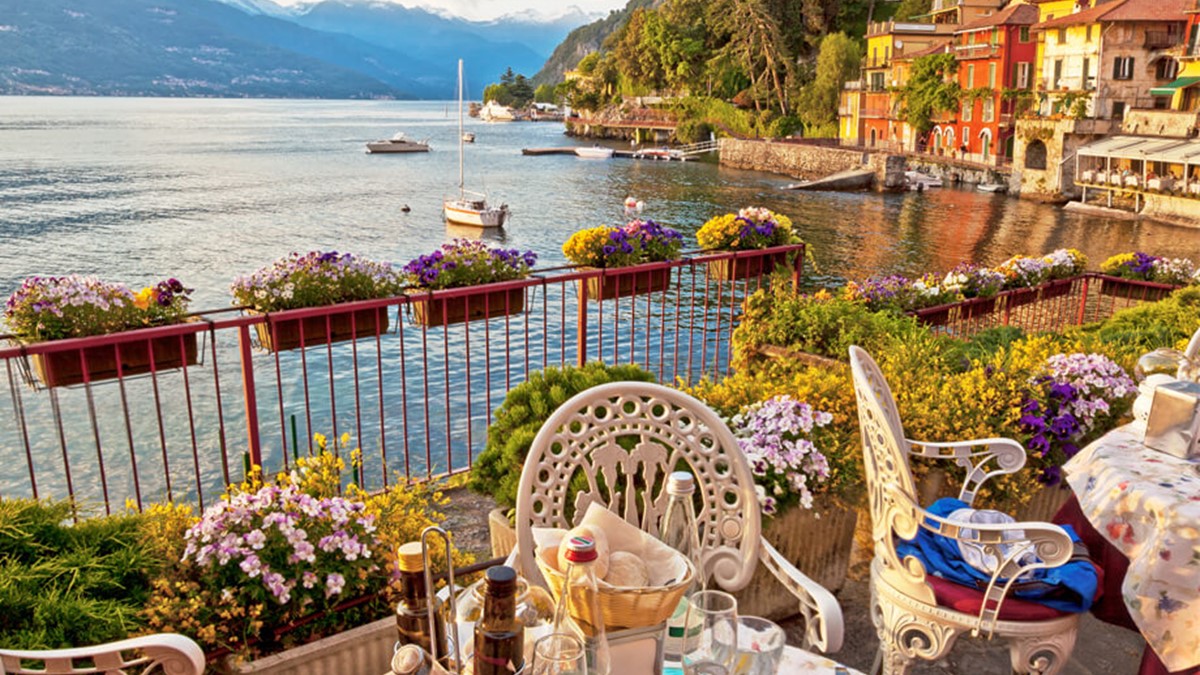 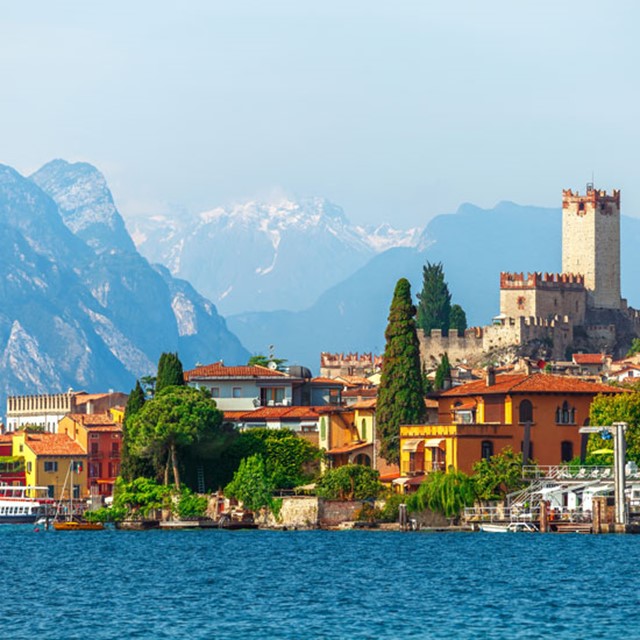 Discover some of Europe’s most romantic corners, where languid blue waters lap a verdant shoreline fringed by gentle rolling hills. 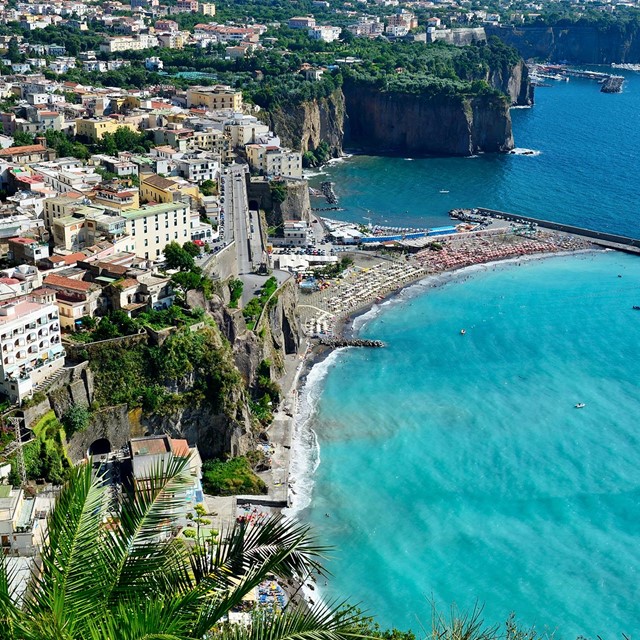 Built between the sea and the sky, overlooking the blue Bay of Naples and Vesuvius’ brooding cone, Sorrento is one of Italy’s most alluring and popular resorts. 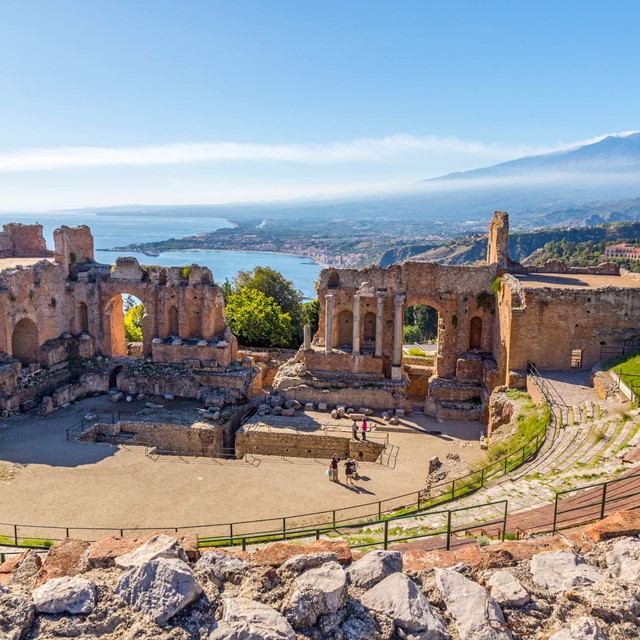 Separated from the European mainland by the narrowest of channels – Sicily surprises at every step. 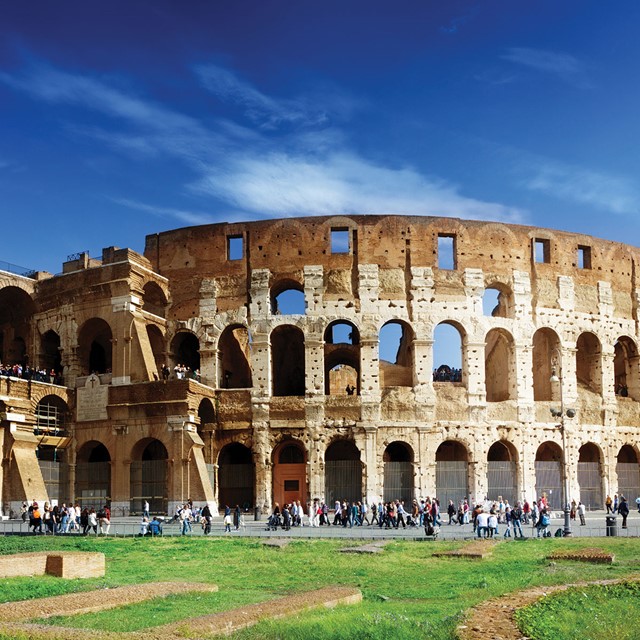 Enjoy the wonders of Eternal City Rome, where 2000 years of history are reflected in a treasure trove of monuments and buildings, art and heritage, and where present-day life thrives beside the relics of a past civilisation. 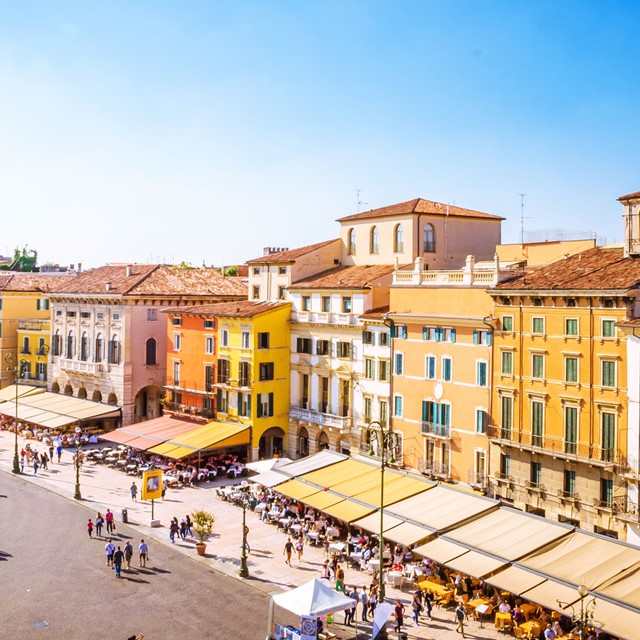 Lose yourself in Verona, Italy’s historic city of love. Explore an enchanting maze of 13th-century laneways and marvel at the backdrop to one of Shakespeare’s most well-known plays.

THINGS TO DO IN ITALY

As with so many countries, seeing everything that Italy has to offer could take months, or even years. Even getting around some of the major sites of interest can be quite a job; taking in Rome’s ancient streets, the lakes of the north, Capri and Milan alone could take the better part of a week or two. And so, we’ve narrowed down the must-see, must-do things for your Italian holiday. 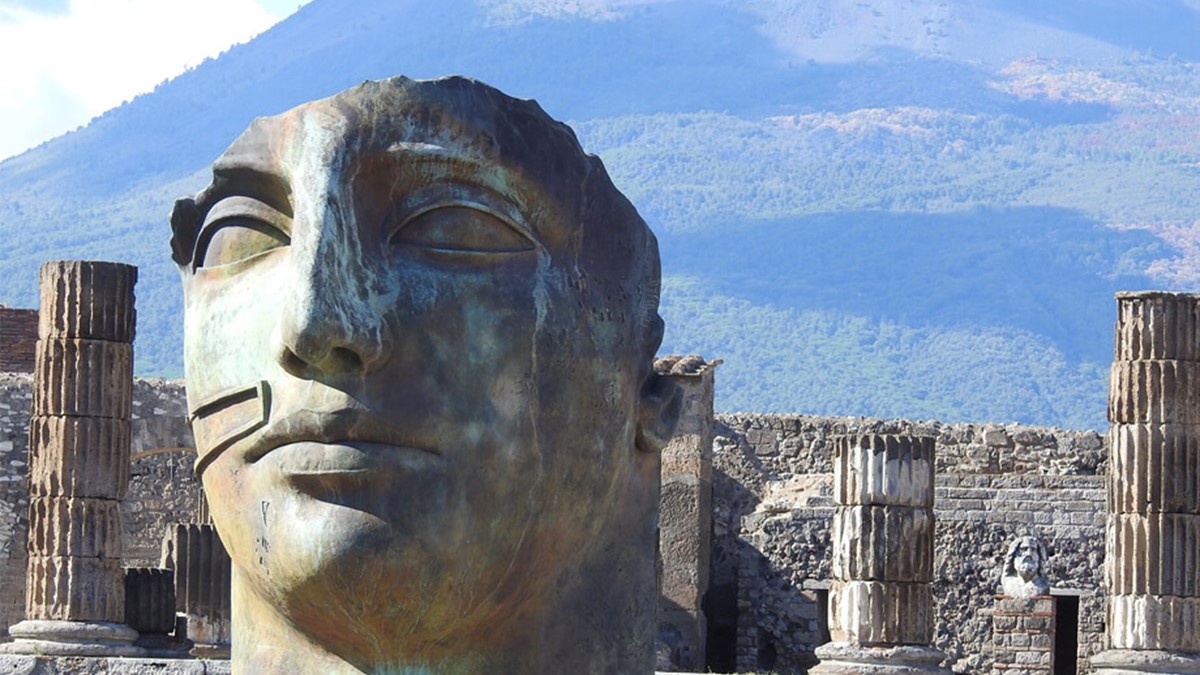 From the macabre sight of bodies frozen in time by pyroclastic flows from Mount Vesuvius to the stone buildings in which they lived, and the numerous frescoes and artefacts entirely covered by ash for over 1500 years, Pompeii is a truly enlightening experience. 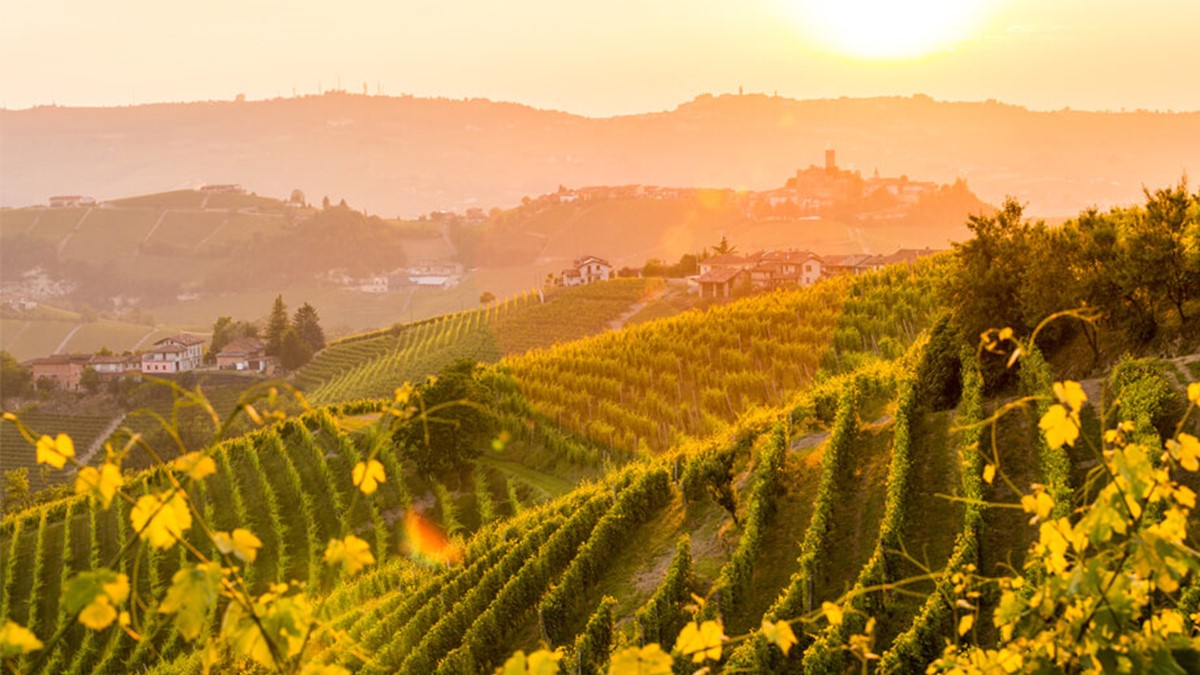 Home to some of Italy’s most revered cities, relaxed verdant countryside and a number of the world’s finest vineyards, Tuscany has an unmatched personality. 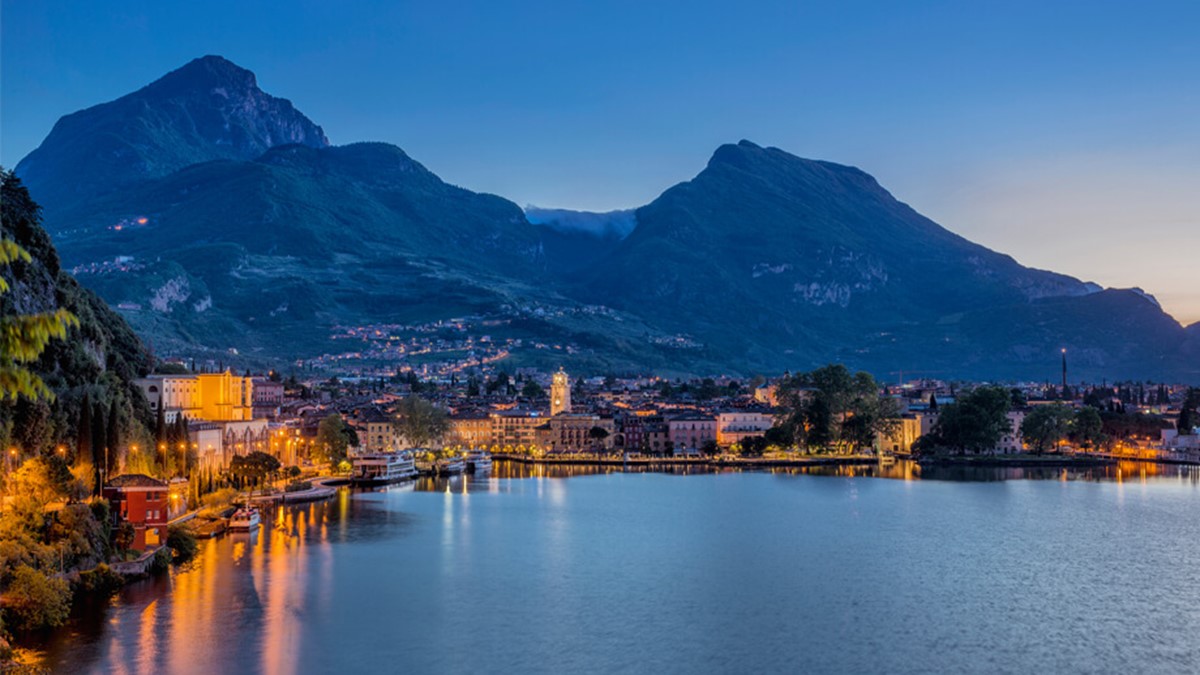 With piercing blue waters and backdrops courtesy of the Garda Mountains, Lake Garda is a true slice of paradise. Lake Garda holidays cater for those who wish to rest and relax, as well as those looking for outdoor adventure, and for everything in-between.

There is probably no better way to understand modern-day Italy than through its food. Food and a pride in the nation's favourite dishes is nothing less than a source of national unity. 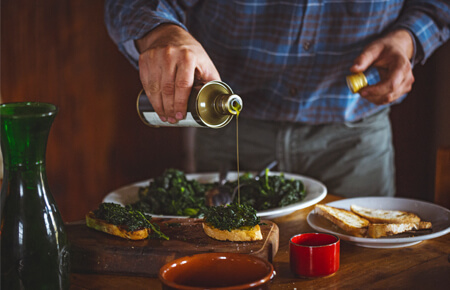 Each region in Italy produces and protects its share of the world’s favourite dishes and some of its most revered produce, which means that a trip through the country is a culinary event unlike any other.

Popular local dishes include pizza and pasta. While in Lake Garda, try yota – a stew made with beans, ham and garlic – or "pike and polenta". Pike is one of the species fished straight from the lake and is delicious served traditionally with a Gardesana sauce and creamy polenta.

Don’t forget to round off your meal with an ice-cream from one of the many gelatarie – we recommend stracciatella – milk-based ice-cream with fine, irregular shavings of chocolate.

First trip to Italy? Here are a few questions you might have.