JOIN US ON A HOLIDAY TO ROMANIA

Bordering the Black Sea to the southeast, Bulgaria to the south, Ukraine to the north, Hungary to the west, Serbia to the southwest, and Moldova to the east, Romania sits at the crossroads of Central, Eastern, and South-eastern Europe.

Romania may be a country that most people associate with vast, unpopulated forests and Soviet-era struggles, but its capital, Bucharest is anything but backwoods. Here, you can stroll along the Parisian-style grand boulevards and take in the city’s charming and vibrant atmosphere. Feast your eyes with the city’s belle époque architectural wonders, which include some lovely little hidden villas and the city’s oldest beerhouse, the Caru’ cu Bere, and its spectacular 17th- and 18th-century Orthodox churches, and don’t forget to visit the enormous Palace of Parliament.

In complete contrast to Bucharest, Transylvania enchants with its Gothic castles, ancient towns and villages, all surrounded by the spectacular enigmatic backdrop of the forested Carpathian Mountains. Inextricably entangled in a web of dark legends and gothic history in most of our minds, Transylvania was the inspiration behind Bram Stoker’s Dracula, but its natural wonders are more likely to leave you awe-struck in delight than terror.

Get a glimpse bears and wolves in their natural habitat in the forests surrounding Brașov, or perhaps head to the Libearty Bear Sanctuary near Zarnesti where at least 60 of these animals have been rescued from captivity. Take in Brasov’s medieval heart and the fairy-tale castles that shelter in the surrounding forests - including Peles Castle, Rasnov Castle and glorious “chez Dracula”, otherwise known as Bran Castle.

Elsewhere, step back in time in the enchanting rural region of the Maramures. Explore its many villages where century-old traditions remain surprisingly untouched by the 21st Century. See the blue heart-shaped wooden crosses of the Merry Cemetery, where the colourful painted tombstones are designed to show the personality of the deceased. South of the region, Cluj-Napoca, offers visitors the chance to see yet more magnificent architecture and to discover trendy cafes, galleries and gardens as well as some lively nightlife. And, further south still, explore ancient Sibiu’s churches and painted houses. Previously named the European Capital of Culture, Sibiu delights with pretty squares and down cobblestone streets.

Take a holiday to Romania and expect to be equally enchanted and intrigued by this exciting, unexpected destination.

Take in Romania's enchanting and beautiful scenery on one of our escorted tours.

THINGS TO SEE IN ROMANIA 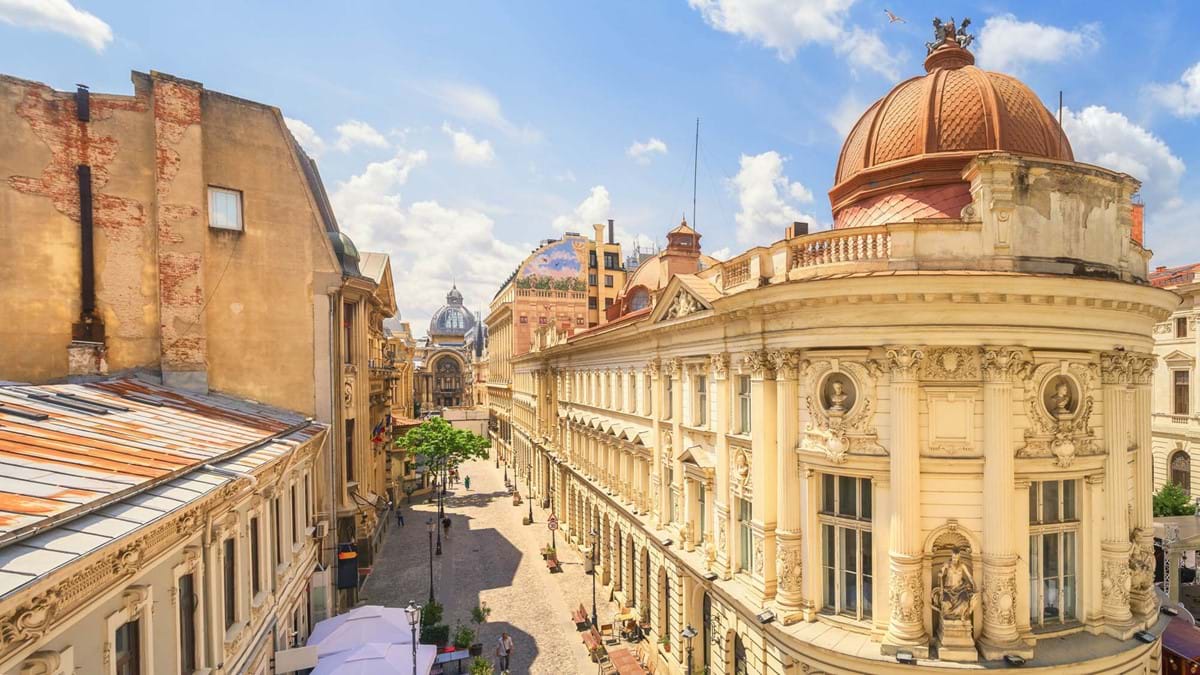 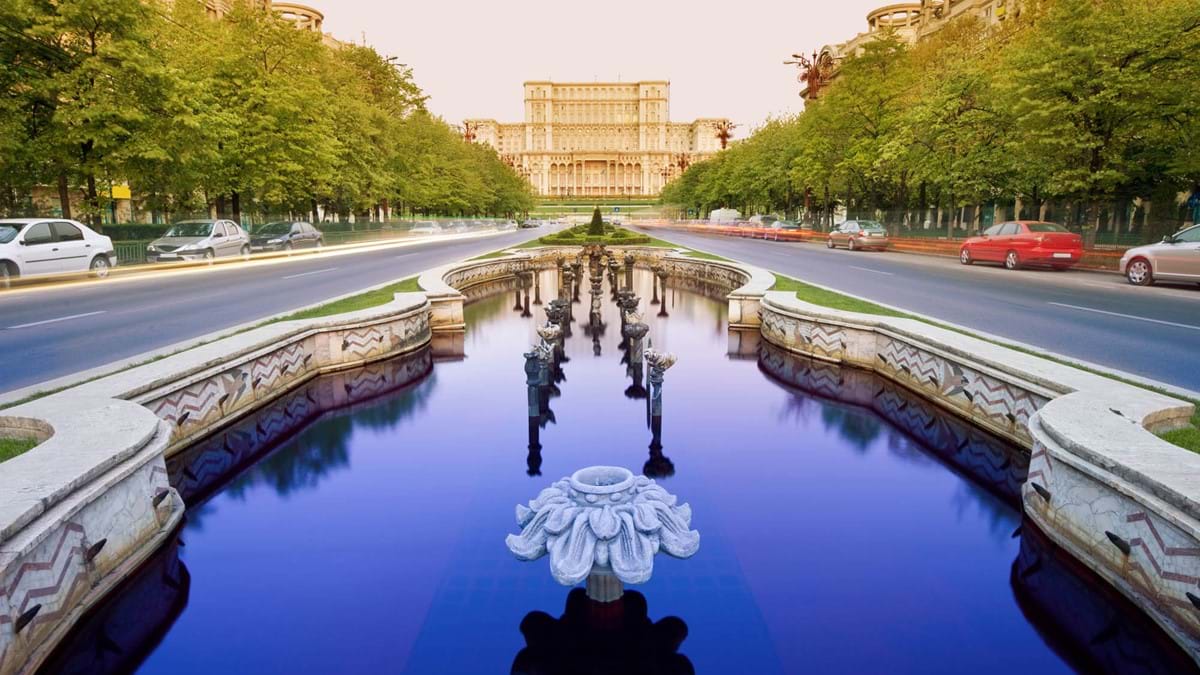 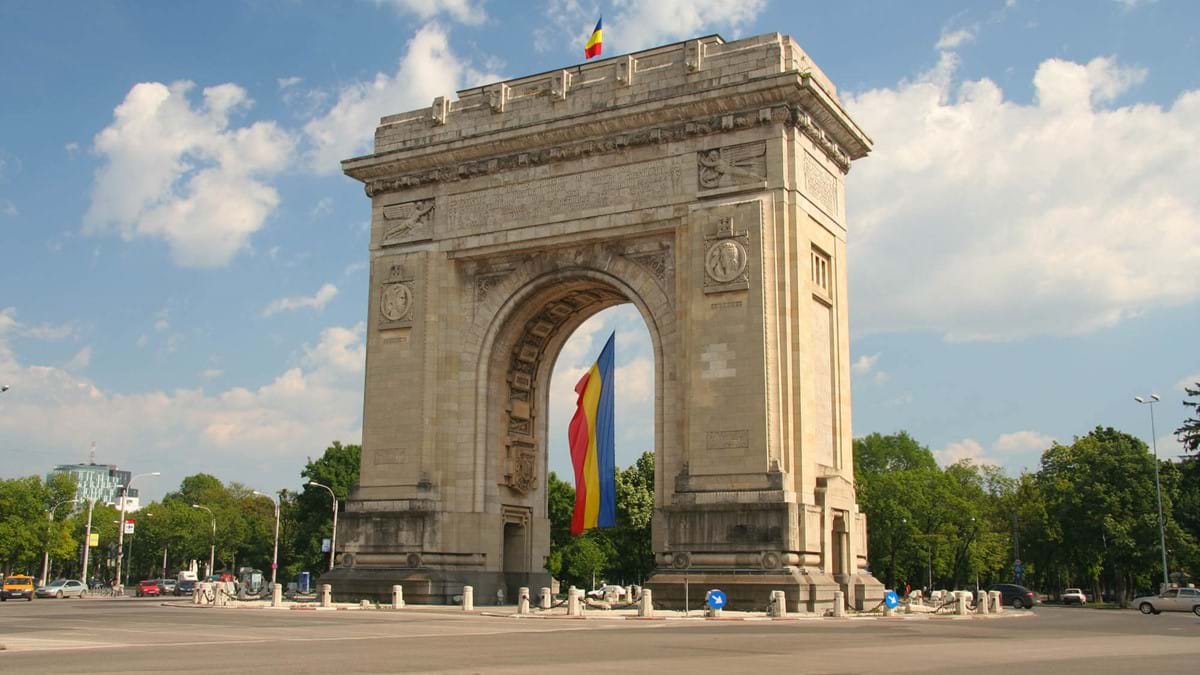 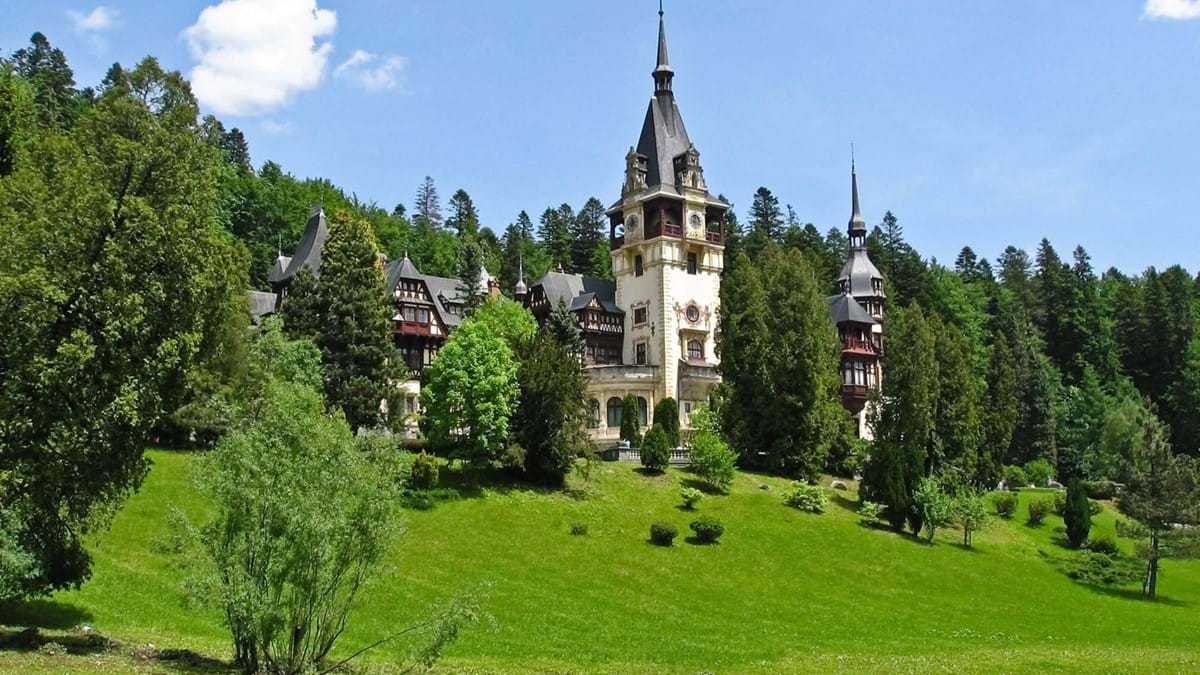 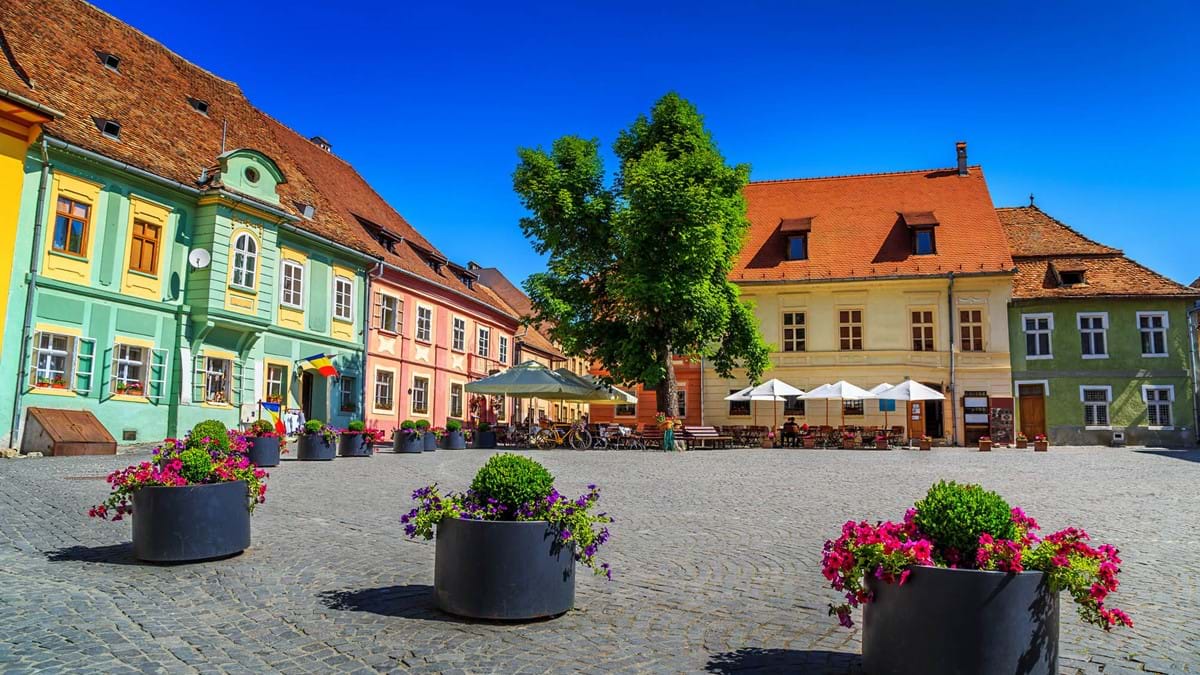 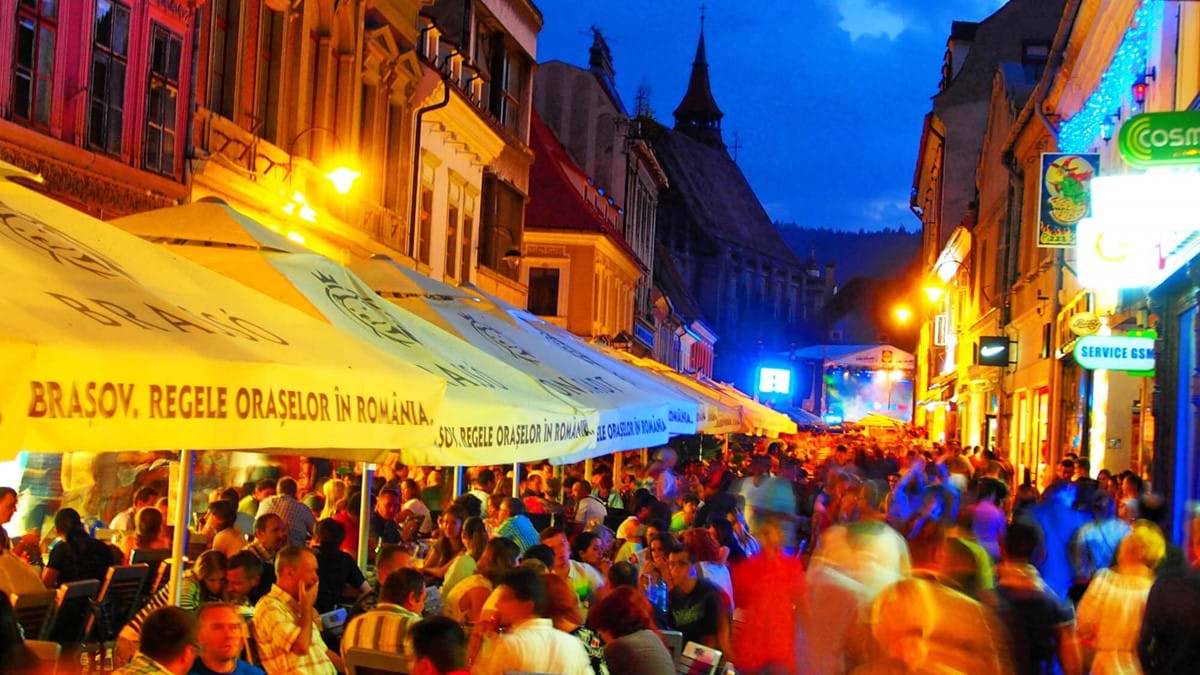 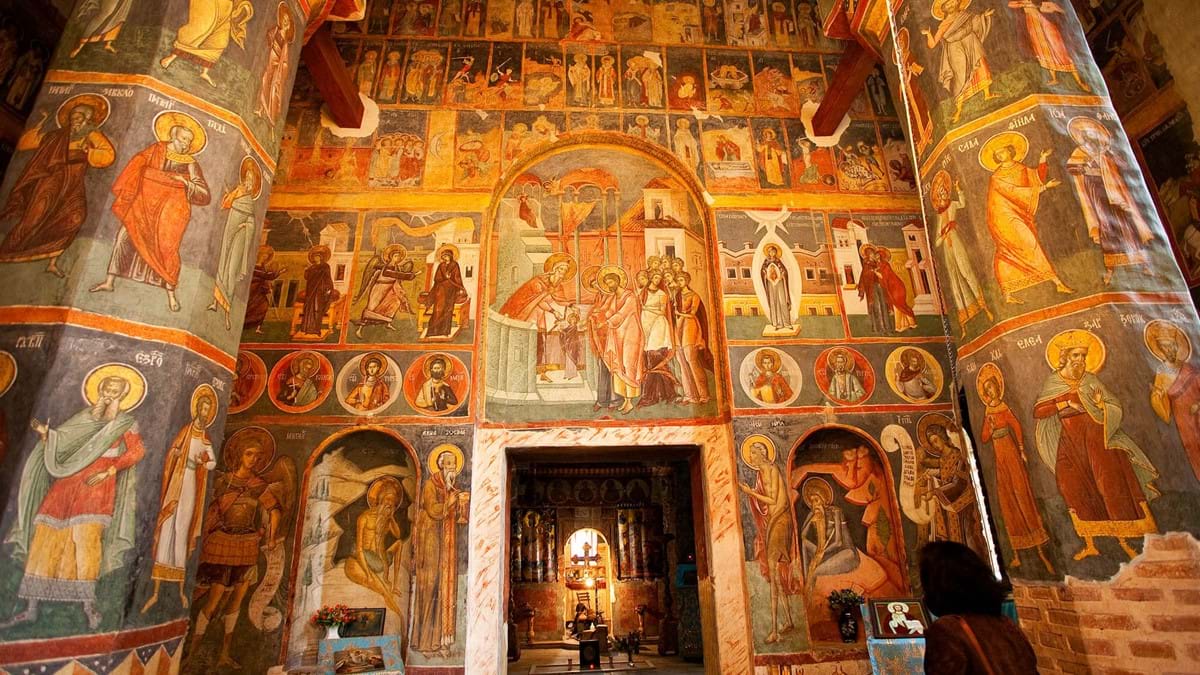 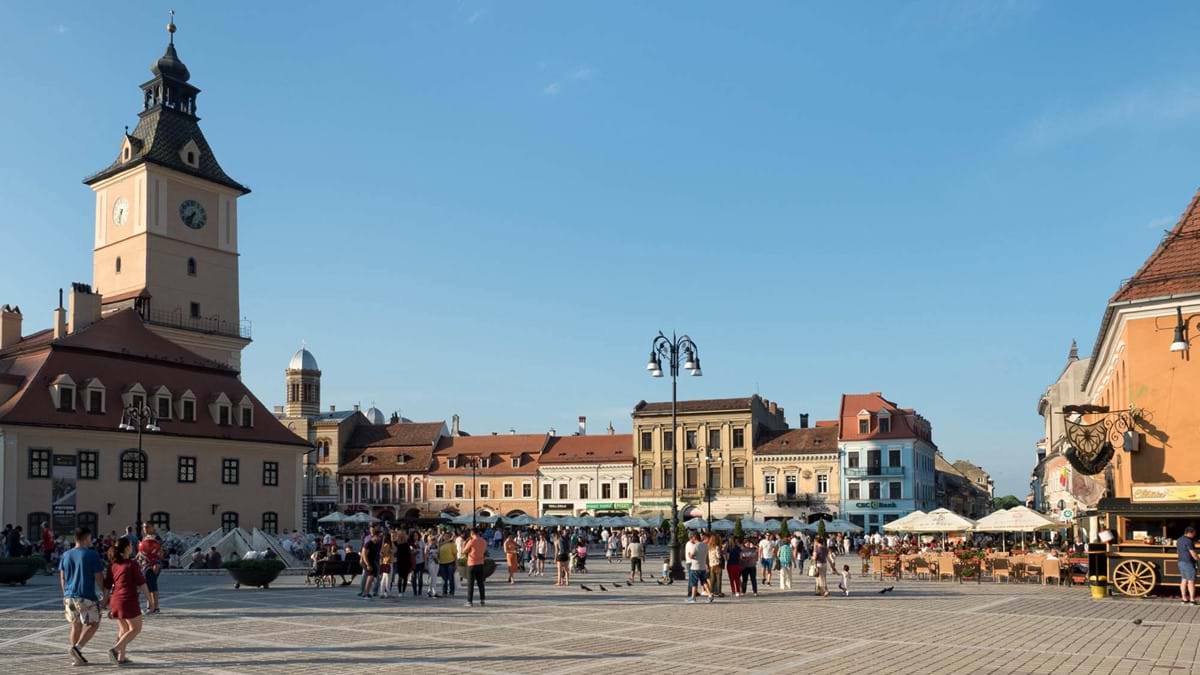 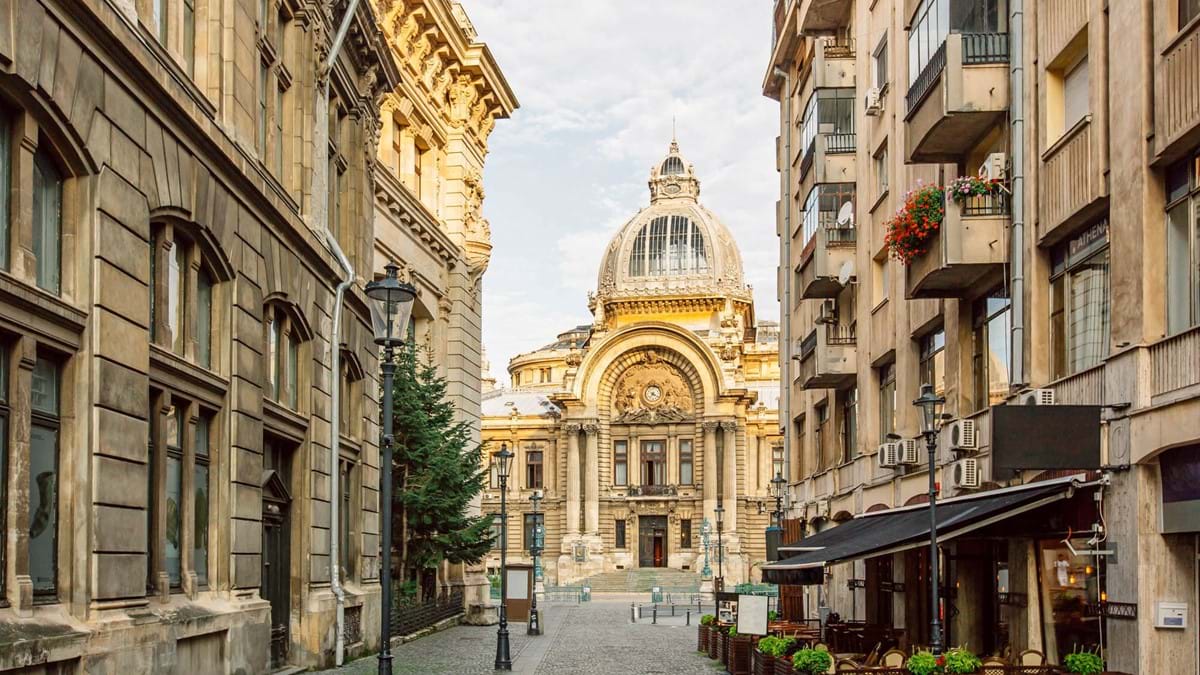 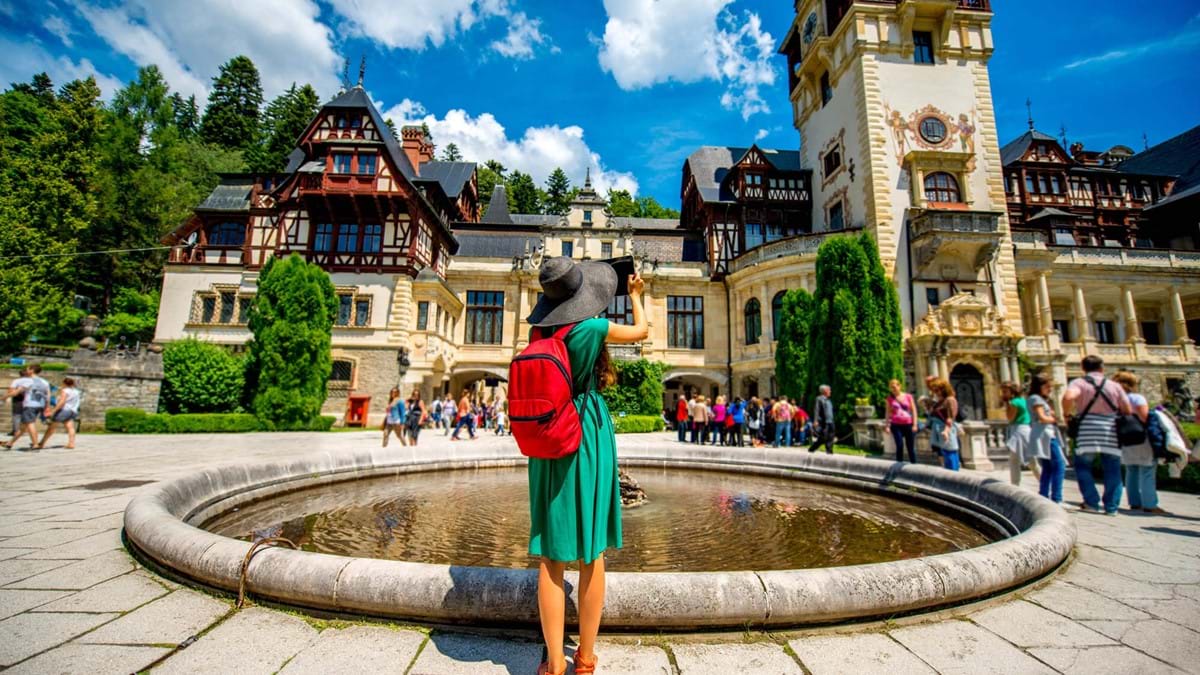 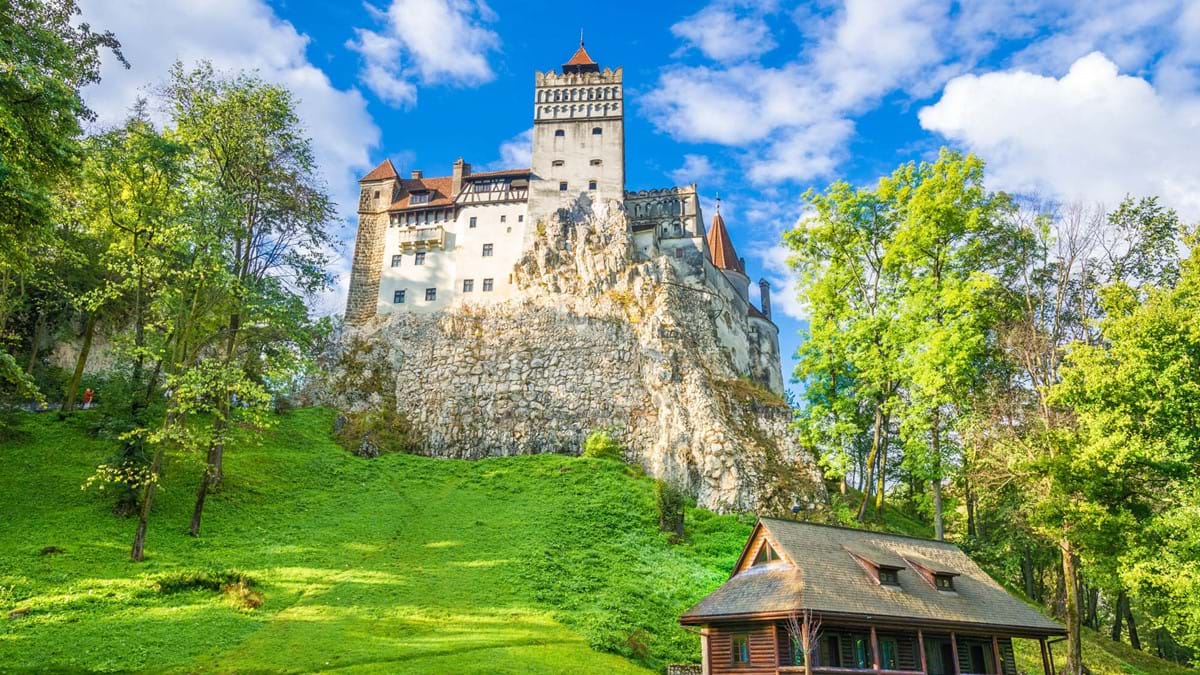 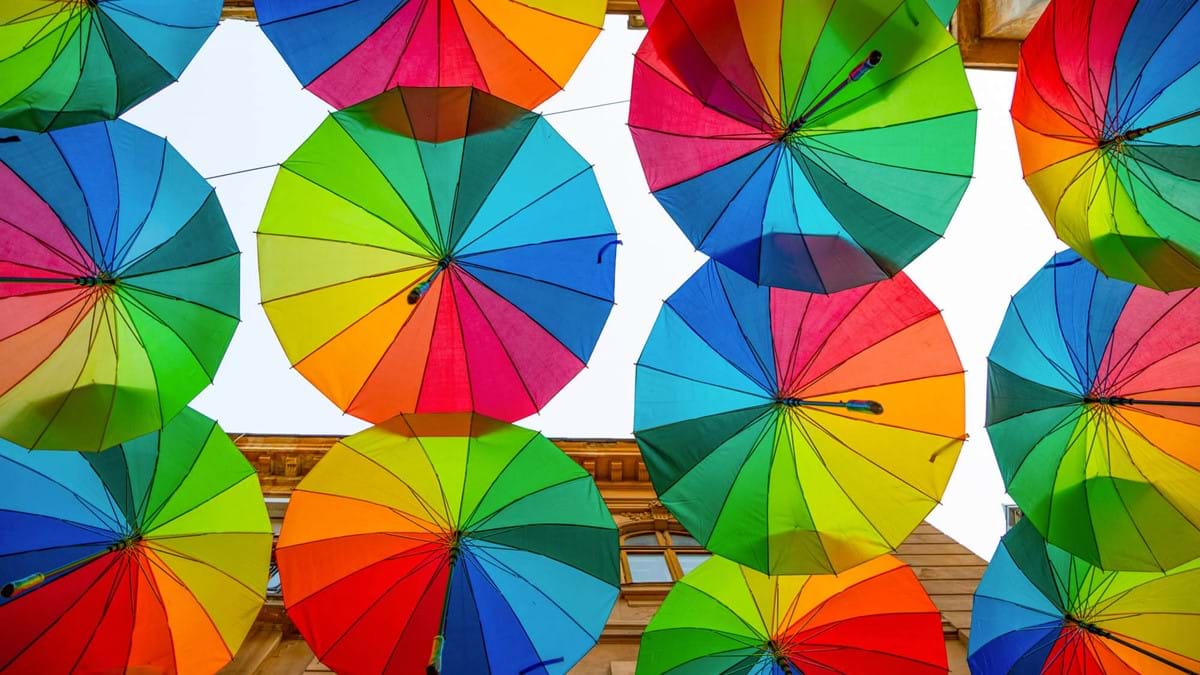 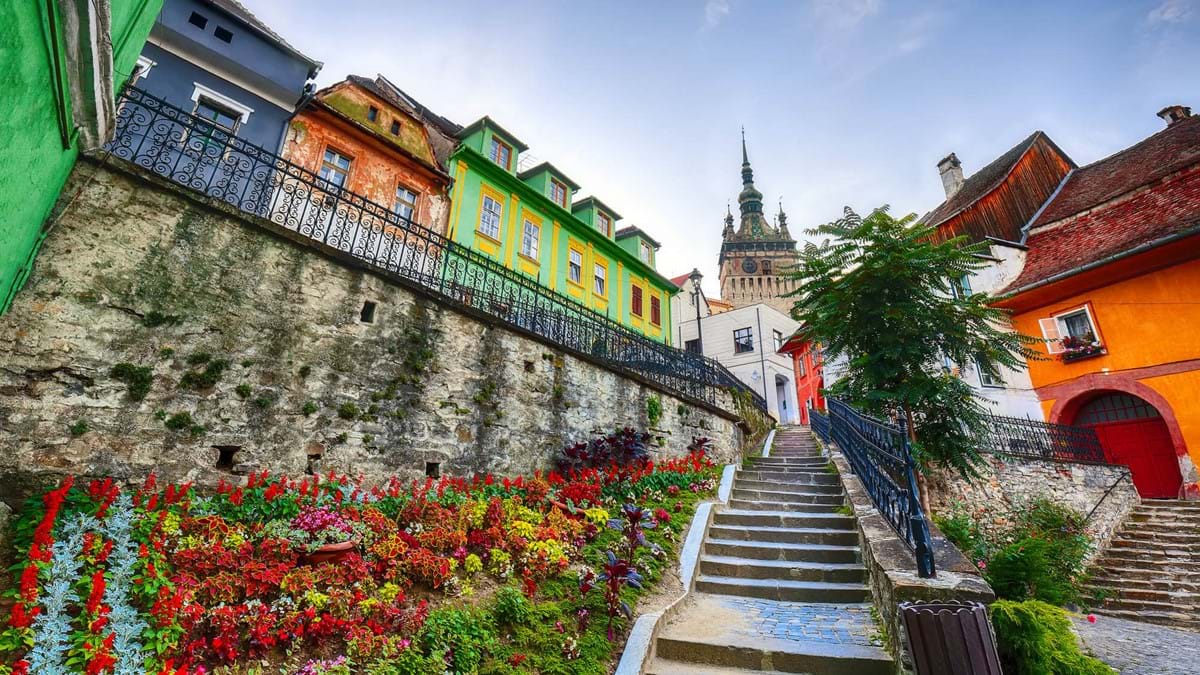 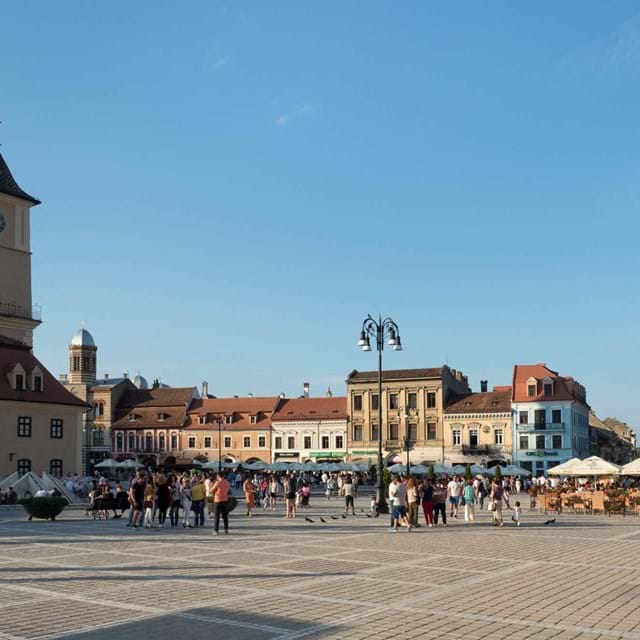 Bucharest and the legends of Transylvania: a Romania travel diary

THINGS TO DO IN ROMANIA

Romania has no shortage of incredible things to see and do, from seeing the legendary ‘Dracula castle’ to visiting ancient villages and exploring forested mountains. Here are some of our top things to do on your holiday in Romania. 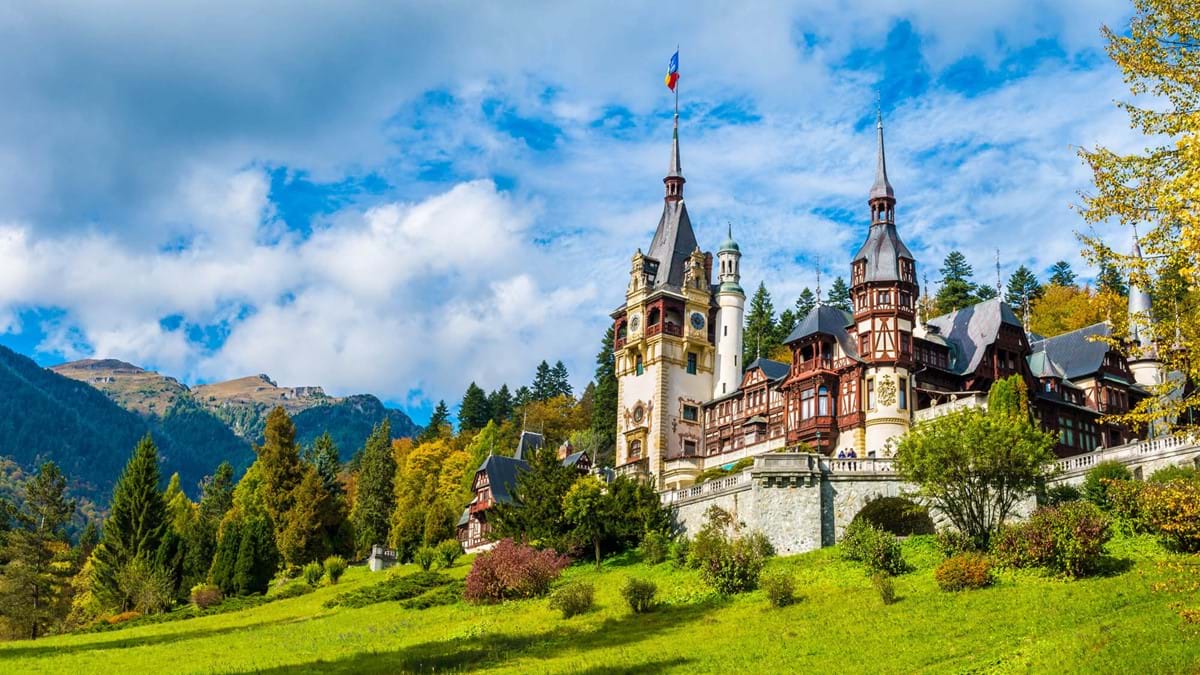 Much of Romania is a place of medieval architecture and fairy-tale castles. Don’t miss beautiful 19th-century Peles Castle set in the spectacular Carpathian Mountains in Sinaia. The former residence of the Romanian royal family, the Castle exterior is astonishing while the interior is filled with intricate decorative details. 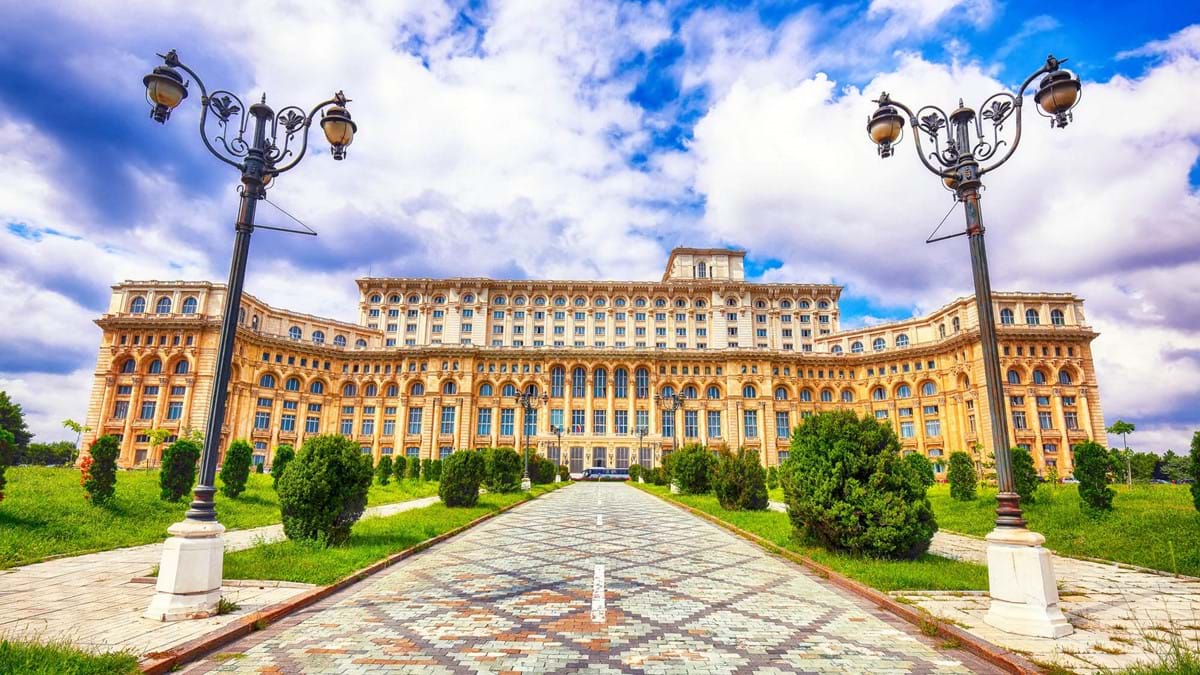 The Palace of Parliament is the one of world’s largest buildings, and a monumental example of the power (and paranoia) of the totalitarian Ceausescu regime. To make the most of you visit here, go with a guide who will be able to explain the startling history of the building.

Romanian cuisine is heavily influenced by the various cultures that have played a part in its past. Many of the county’s dishes are a diverse combination of similar foods and flavours found elsewhere – sometimes Slavic cuisine, sometimes Hungarian, German or even Greek and Turkish. 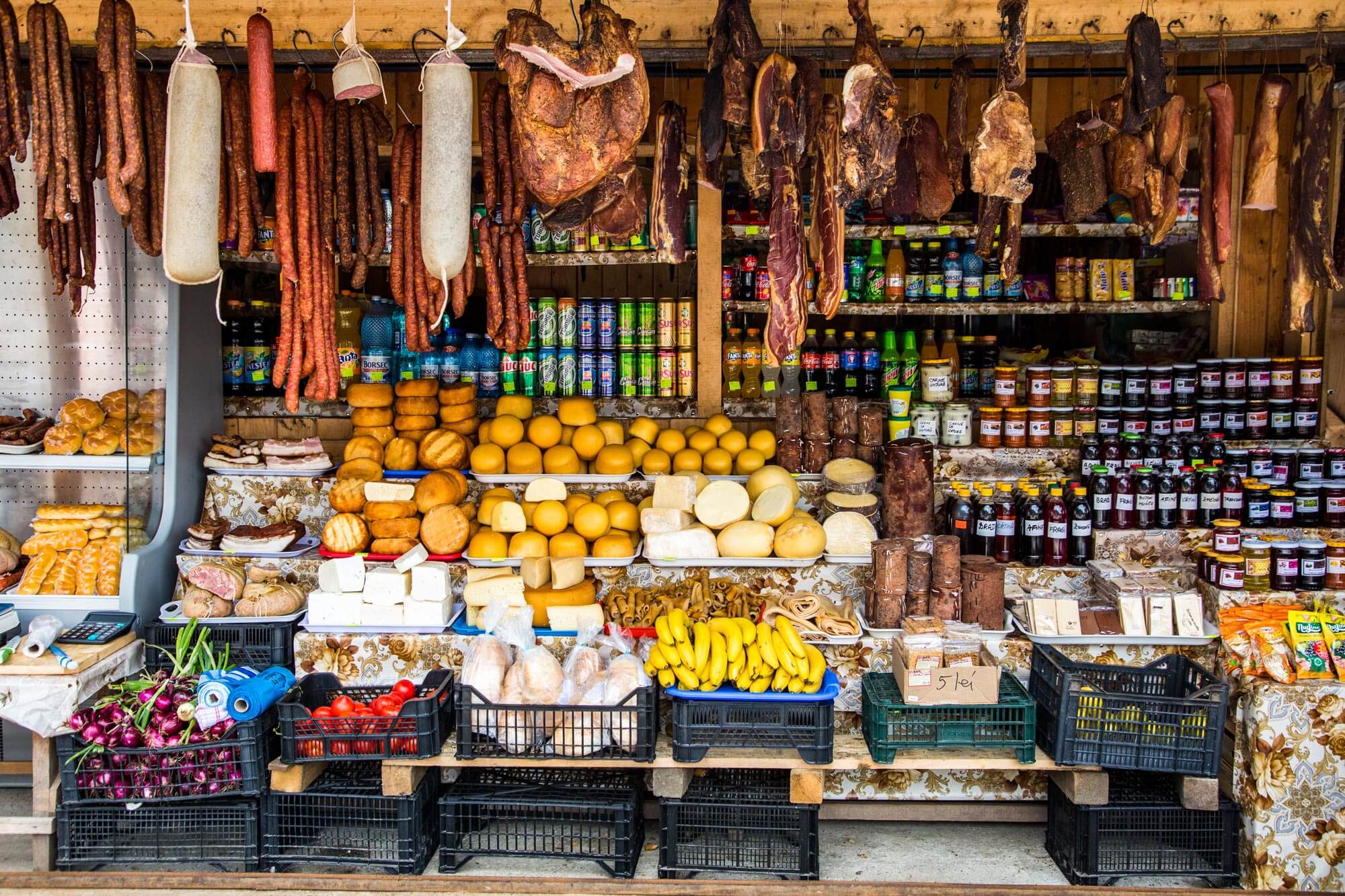 Romanian menus are full of comfort dishes. The country’s national dish is samarle – fat, savoury parcels made by wrapping spiced pork and rice in cabbage leaves. The resulting rolls are then baked in the oven with tomato juice and bacon. Samarle is almost always served with mămăligă, a polenta-like porridge made from yellow corn. Mititei, a meat dish consisting of spiced grilled ground meat rolls is also popular, and usually served with French fries and murături (green pickled vegetables), while Tochitură is a thick pork stew topped with a fried egg. Most meals will start with a soup – often a vinegary ciorbă – with a red or green chilli on the side, and you’ll find a wide range of salads on offer almost everywhere.

Those with a sweet tooth should be sure to try papanaşi, a traditional type of fried or boiled doughnut filled with a soft cheese, which is often served drowned in heavy cream and topped with berry jams.

Romania is the world's second-largest grower of plums, so make sure you try a delicious glass of plum brandy, particularly afinată a blueberry liqueur. And it’s also one of Europe’s largest wine producers, and you’ll find some surprisingly drinkable options from Casa Isarescu and the Nachbil winery, among others.