JOIN US ON A HOLIDAY TO CYPRUS

Aphrodite’s Isle, the ancient Mediterranean island paradise, has long been a favoured destination for sun-seekers. Blessed with a wonderful climate, stunning scenery, rich history and the warmest of welcomes for visitors, Cyprus is the perfect choice for a warm getaway.

The third largest island in the Mediterranean, Cyprus basks in over 330 days of sunshine a year. The locals are a courteous and helpful people who relish the opportunity for a friendly chat. This true sign of hospitality is just one of the many reasons why visitors are drawn back to this wonderful island year after year. Discover the delights of one of the Mediterranean’s most favoured corners on an escorted holiday to Cyprus.

Due to its location in the Eastern Mediterranean Sea, Cyprus has been marked by many different cultures over the ages – Greek temples, Roman mosaics and Crusader castles are all to be found on the island. Even today, Cyprus is an island of two nationalities – Turkish in the north and Greek in the south – their territories separated by the UN buffer zone known as the Green Line since the end of the Turkish invasion in 1974. No holiday to Cyprus is complete without a visit to the capital, Nicosia, itself divided by the Green Line and a fascinating combination of modern bustle and history stretching back to the 10th Century and beyond.

Despite the island's dual nature, Cyprus is a popular and charming holiday destination that combines the delightful forests and high peaks of the Troodos Mountains with beaches, bustling harbours, traces of ancient civilisations and UNESCO-listed old towns like that of Paphos.

Take in the delights of the Aphrodite’s Isle on one of our escorted tours of Cyprus. 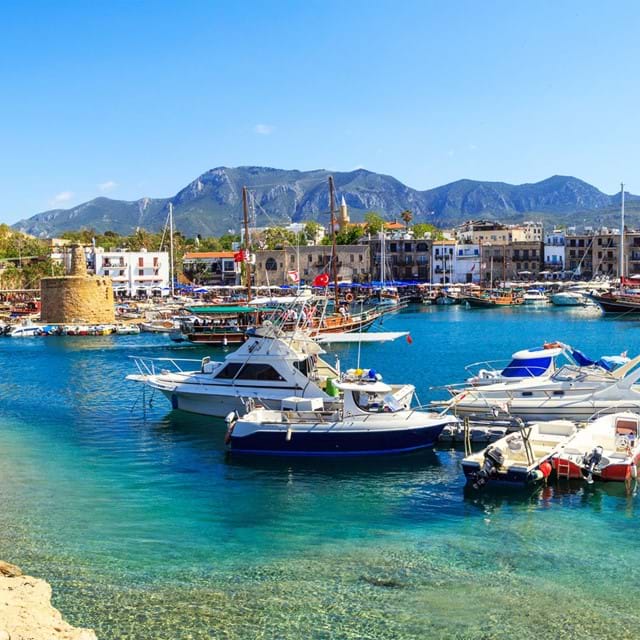 THINGS TO SEE IN CYPRUS 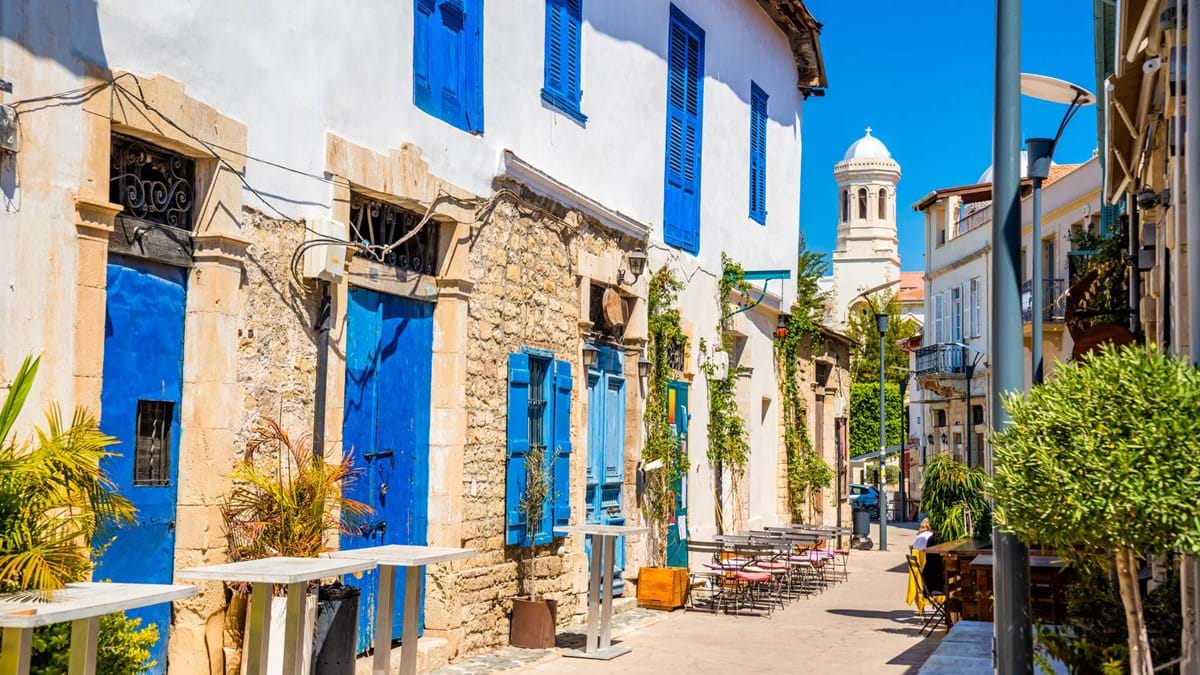 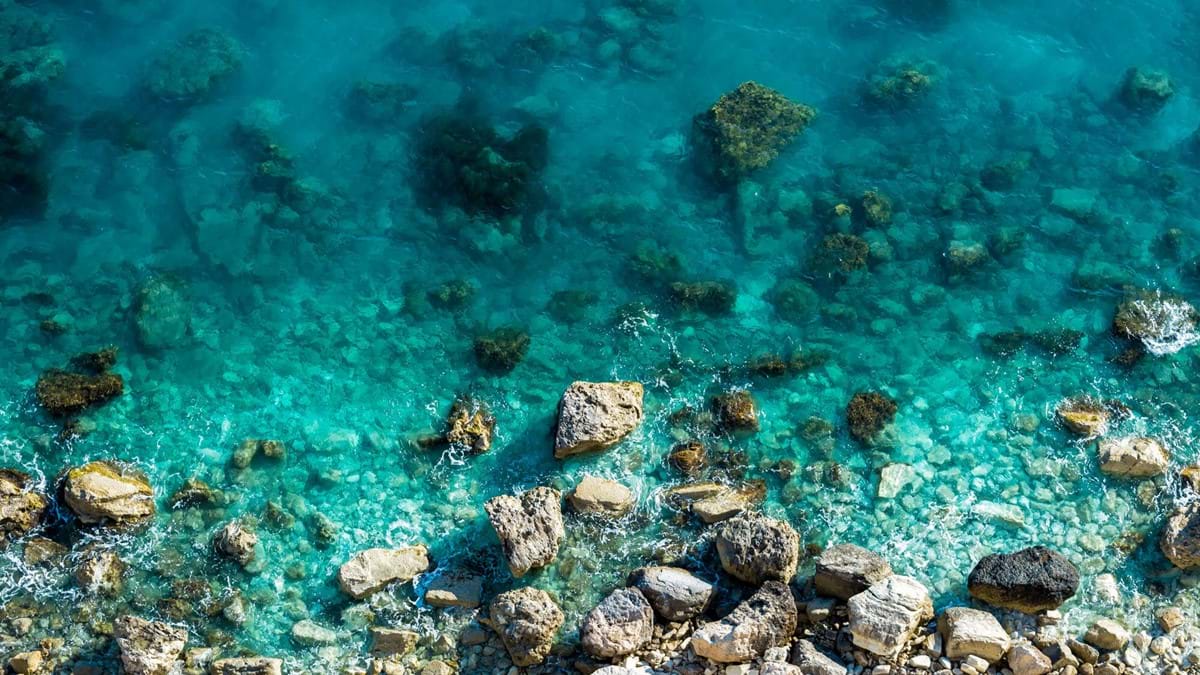 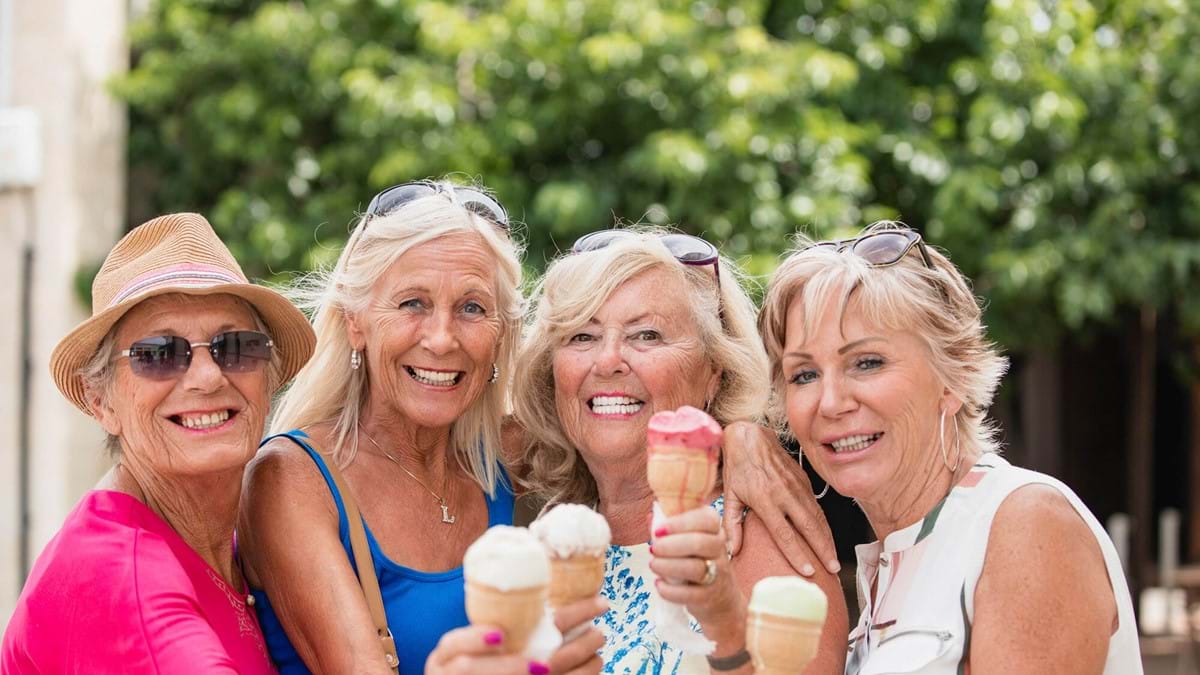 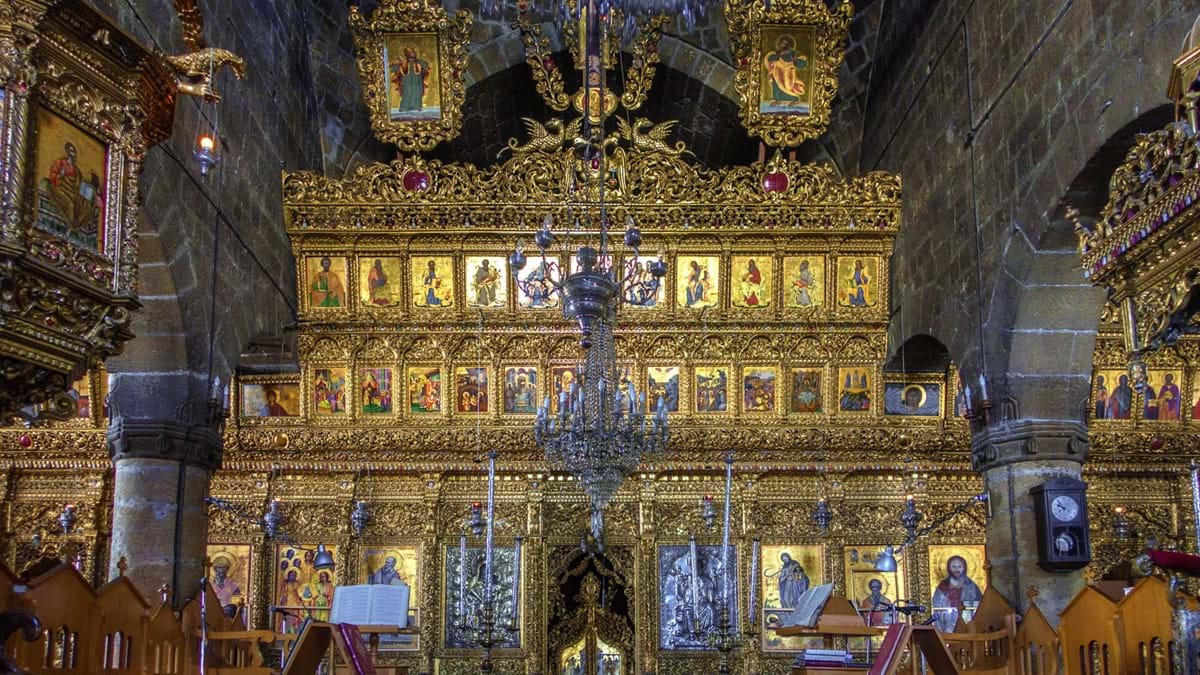 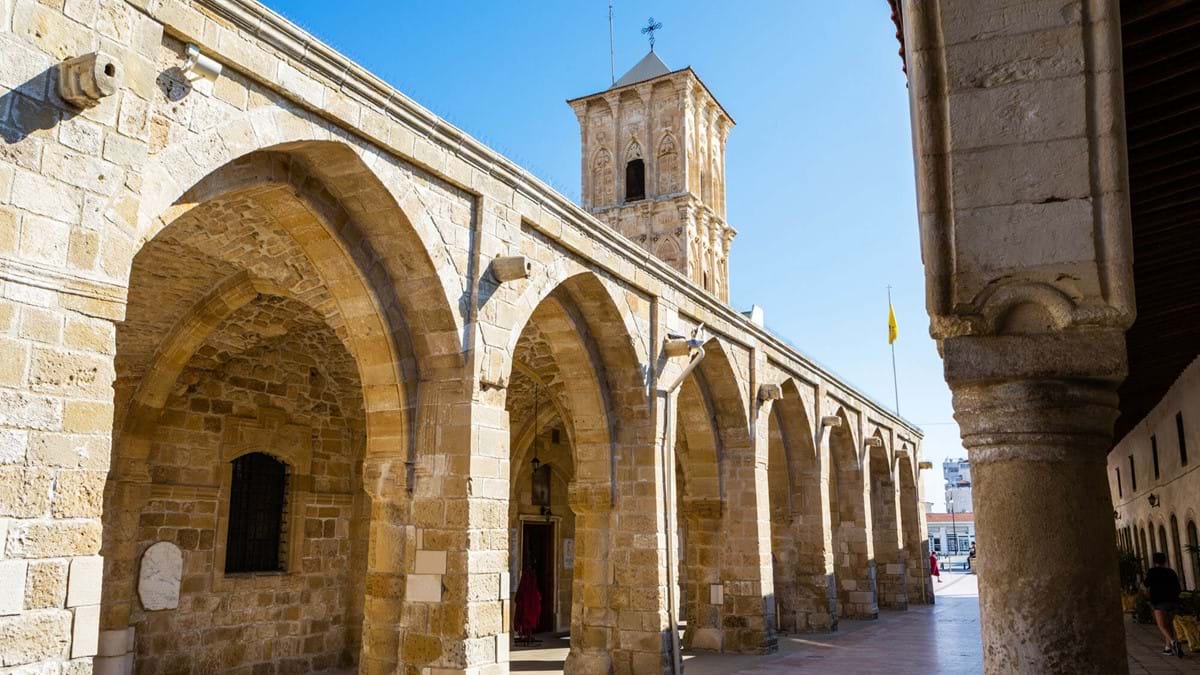 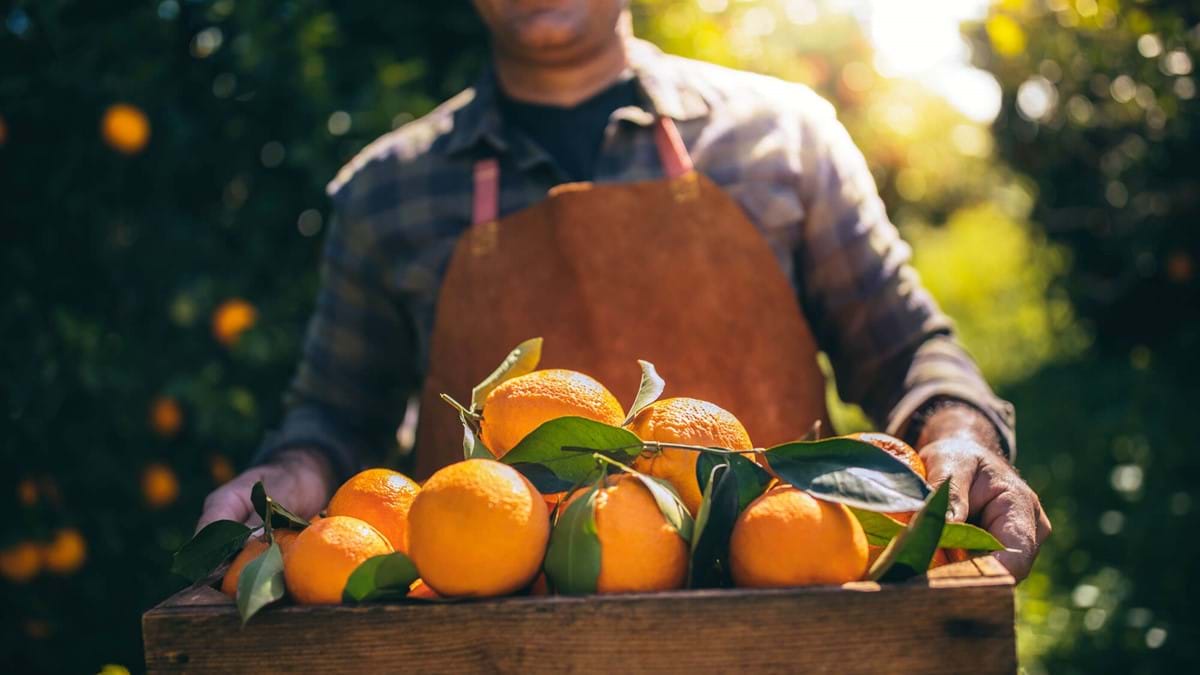 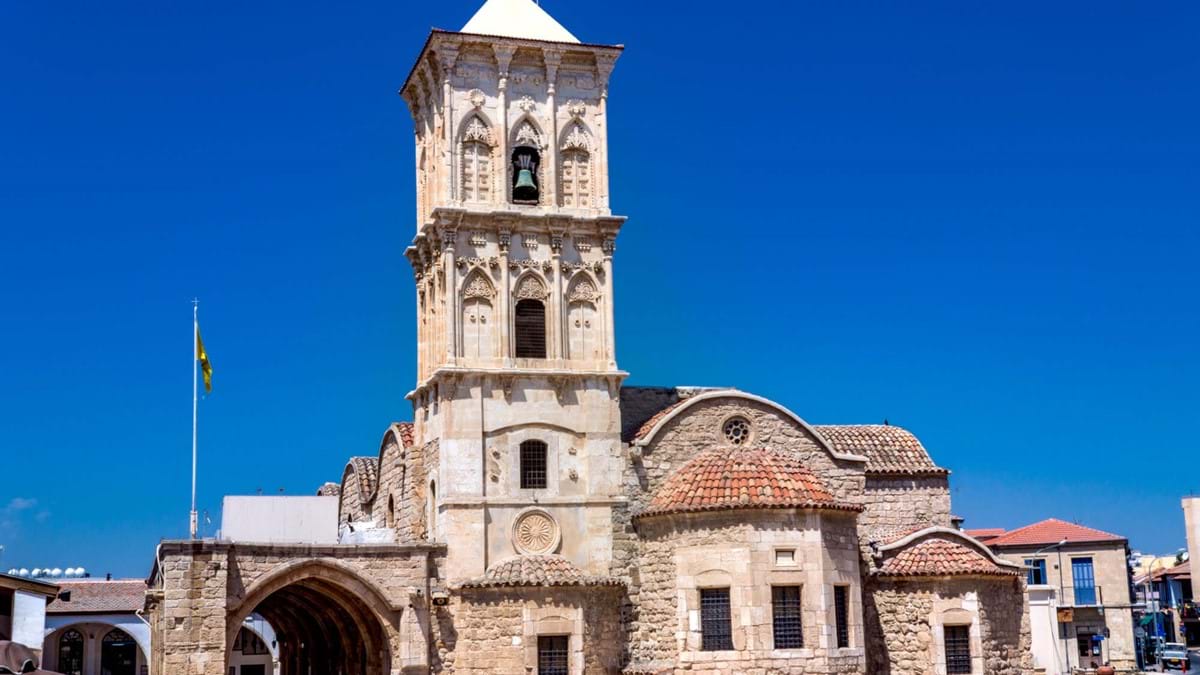 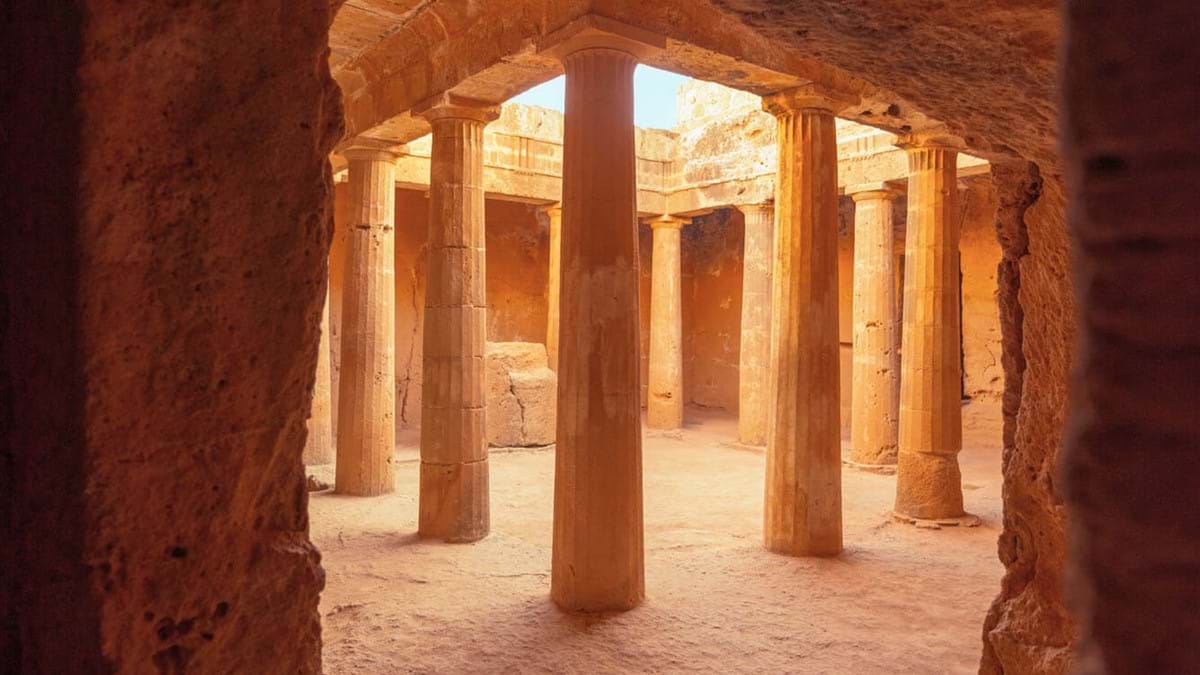 Things to see and places to visit on your Cyprus holiday. 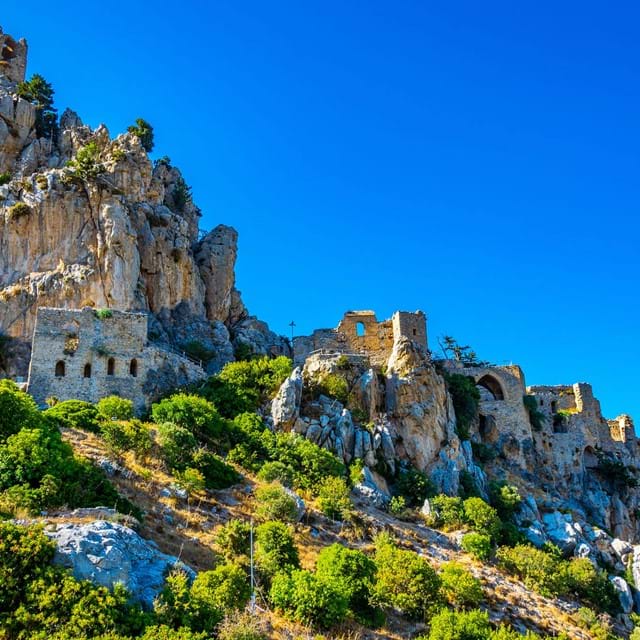 With hotspots Dubrovnik, Corsica and the Greek Isles drawing hoards of sun-seekers during summer, Northern Cyprus is the Mediterranean’s hidden gem.

THINGS TO DO IN CYPRUS

A country of two cultures, Cyprus is a fascinating place with much to discover, from its natural landscapes to its centuries-old sights. Here are a few things we think every visitor should include on their holiday in Cyprus. 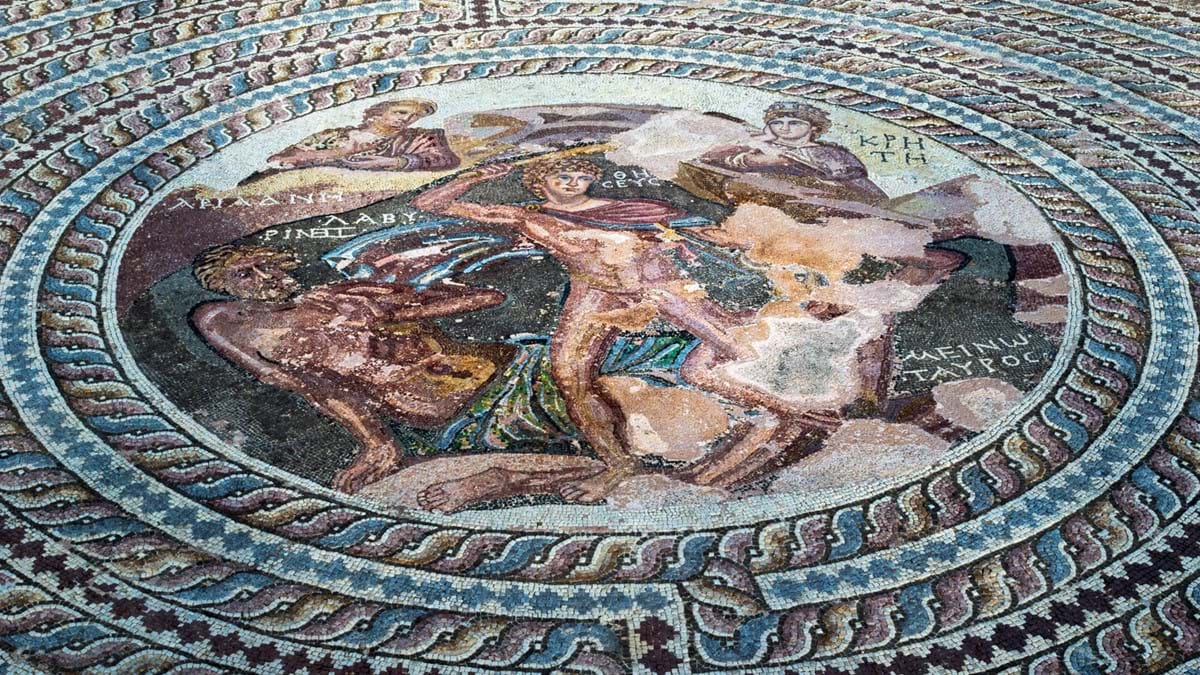 See Paphos' many archaeological treasures. A stroll through this city will reveal the extraordinary Tombs of the Kings, the famous Paphos Mosaics housed in ancient Roman villas, and the Byzantine Church of Ayia Paraskevi in Geroskipou, just east of Paphos itself.

Head to the south coast of Cyprus, to Limassol. Relax on its sand and stone beaches, and perhaps enjoy its buzzing nightlife. See ancient Limassol Castle, home to the Cyprus Medieval Museum with its collection of archaeological artefacts. 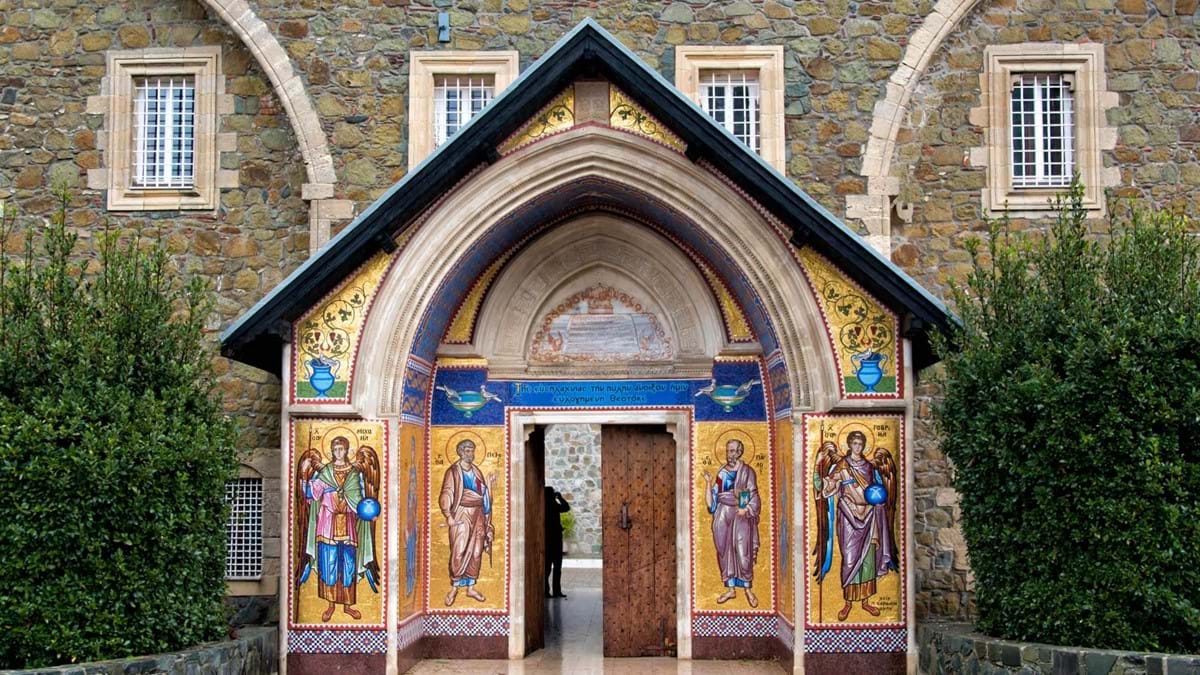 Visit the renowned Kykkos Monastery, which was founded in the 12th Century. The richest of Cyprus' Orthodox monasteries, Kykkos, is dedicated to the Virgin Mary and contains many precious relics and stunning mosaics.

Cypriot cuisine takes influences from Greek and Turkish gastronomy, and, as in many other Mediterranean cuisines, seasonal vegetables and olive oil are staples and fish are often freshly caught. 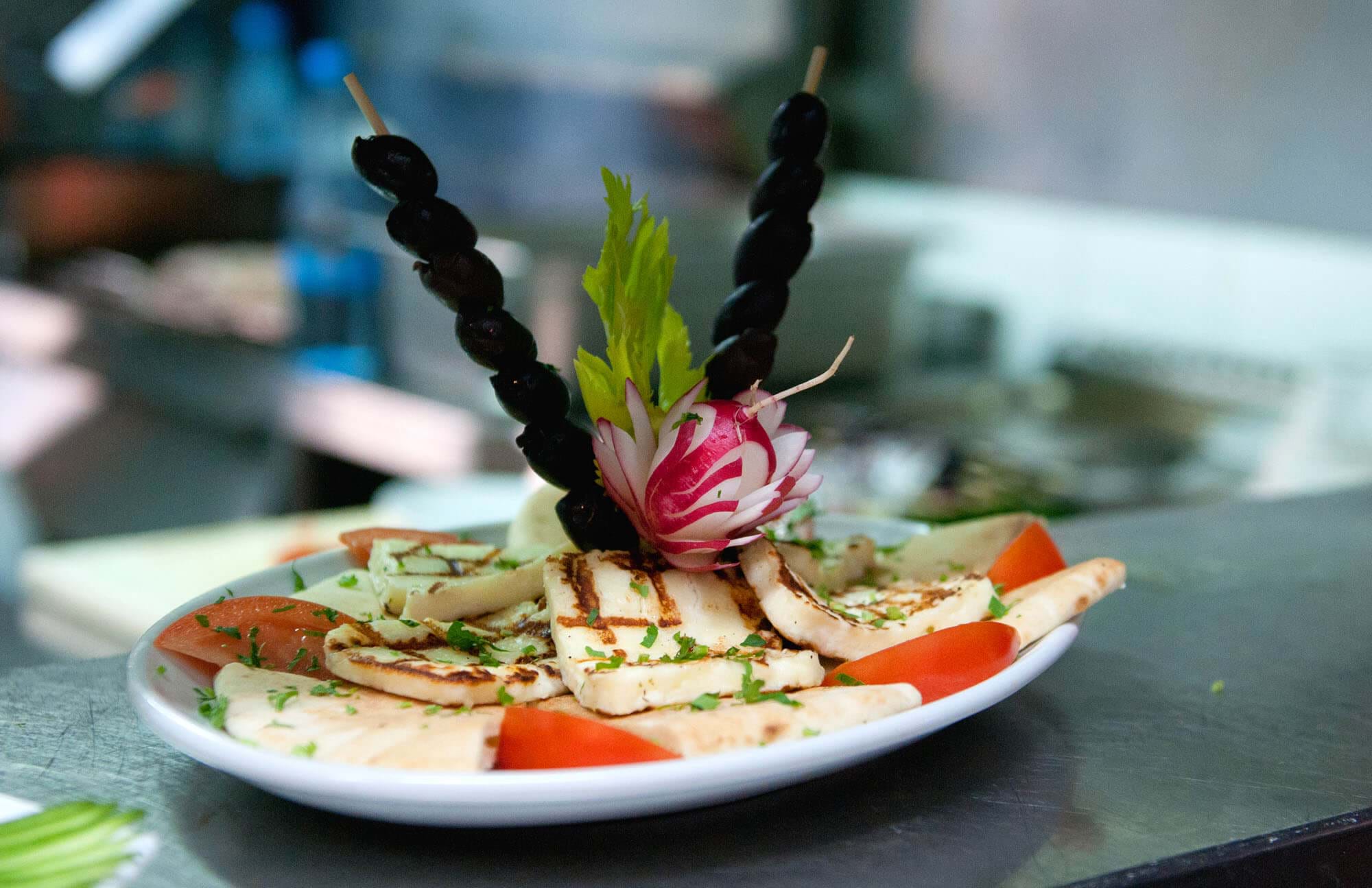 But there are little differences. The Cypriot version of dolma (koupepia) contains meat and shares the vegetable base of its stuffing (known as gemista) with almost every other vegetable that it's possible to stuff - from peppers to tomatoes and courgette flowers. Souvlakia is halfway between its Greek cousin and a Turkish kebab in a pitta, while the Cypriot twist on Greek pastitsio calls for halloumi and a sprinkle of mint.

Speaking of halloumi, the cheese has been part of Cypriot’s gastronomy since at least the 16th Century, and it is a distinctive part of the island's food culture. Try it fried or grilled, or simply fresh, in a salad or a sandwich. Snack like a local and opt for mezze plates – as a meal or just as incidental snacks with a drink or a chat. Expect to be served typically Mediterranean nibbles like olives and hummus, as well as more specifically Cypriot dishes like courgettes with scrambled eggs.

Meals will often end with a glyko tou koutaliou (spoon sweets) - small servings of fruit, nuts or even vegetables preserved in sugar syrup - and you'll also find a wide range of Cypriot wines, as well as powerful aniseed-flavoured ouzo, available to wet your whistle.

Here are some questions you might have about Cyprus.