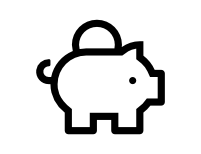 Take a holiday to Chile, and discover a land of extremes, with stunning landscapes stretching from the driest desert in the world to icy glaciers flowing into freshwater lakes.

Chile’s vast wilderness of dry dunes, mighty volcanoes, lush greenery, spectacular waterfalls and massive fjords stretches along South America’s western edge – from Peru and Bolivia to Cape Horn at the continent’s south-most tip. Head north, into the rust-coloured Atacama Desert, and step into a landscape that seems more like Mars than anywhere Earthbound. See the exotic pink flamingos that make the desert their home and unwind with a glass of Chilean wine as you watch the setting sun reflect the dreamy pink of the rocks around you.

Travel to Chile almost always begins with a stop in Santiago, the cosmopolitan capital– not least because it’s home to far and away the largest airport in the country. Walk across the Spanish colonial Plaza de Armas, perhaps stopping by the vibrant markets for a Chilean lunch. Explore Barrio Bellavista, the city’s lively, atmospheric bohemian quarter, and ascend to the lofty heights of Cerro San Cristobal to see the statue of the Madonna, and to enjoy spectacular views of the city and the snow-capped Andes beyond.

Santiago is not the only Chilean city worth a visit. The UNESCO-listed port-city of Valparaiso is an extraordinary place, where colourful houses are built upon the steep hillsides, and where many parts reached by a series of funiculars, or ascensores, from which the views are often spectacular. Relax and take in the stunning colours and beautiful beaches garden city of Viña del Mar.
Wine-lovers rejoice! Chile has one of the longest histories of wine production in the New World. The Maipo, Rapel, Curicó and Maule valleys of the Central Valley wine-growing region, in particular, are the source of some internationally renowned vintages, and growers here increasingly offer the chance to visit their vineyards and taste their produce.

Finally, far out into the Pacific, lies one final unique and world-famous Chilean treasure – Easter Island. It’s easy to forget that this remote outpost and its 800-odd enigmatic moai statues are part of Chile, but they have been since 1888, and tours to Chile often include an option to fly out and back to the tiny island from Santiago.

From the bustle of Santiago to the calm emptiness of the great wildernesses, a holiday to Chile with Newmarket Holidays will be full of memories you’ll cherish forever.

Enjoy the highlights of Chile on one of our escorted tours.

The Wonders of Chile

The Wonders of Chile with Easter Island Extension 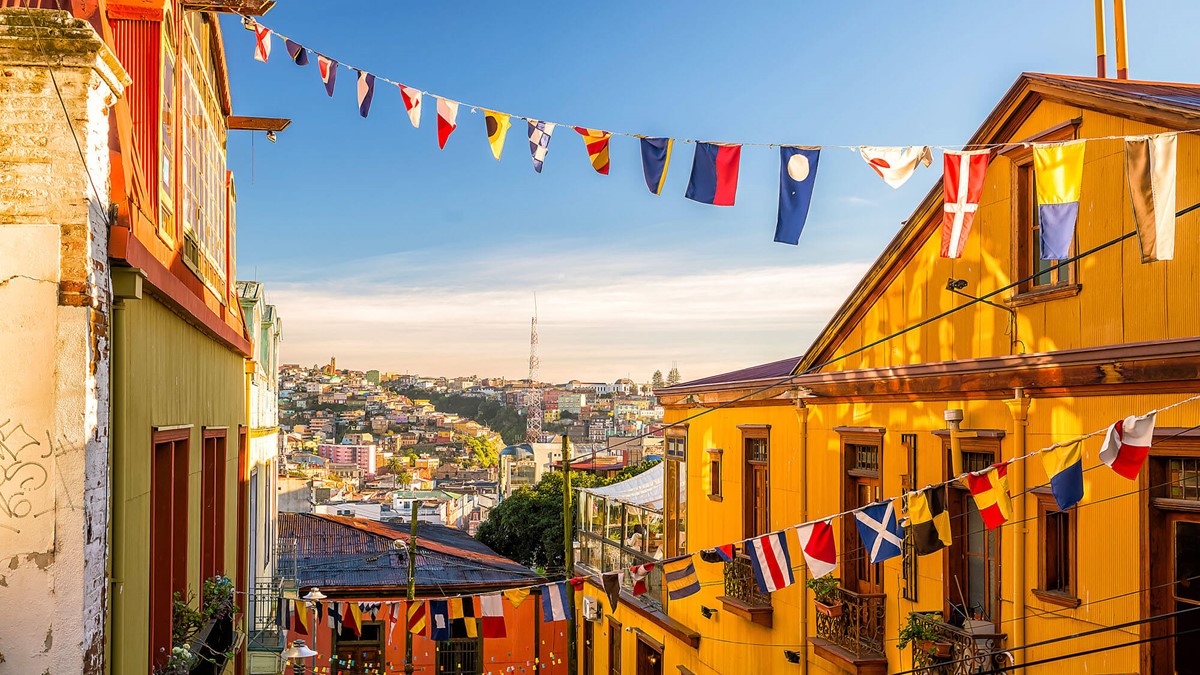 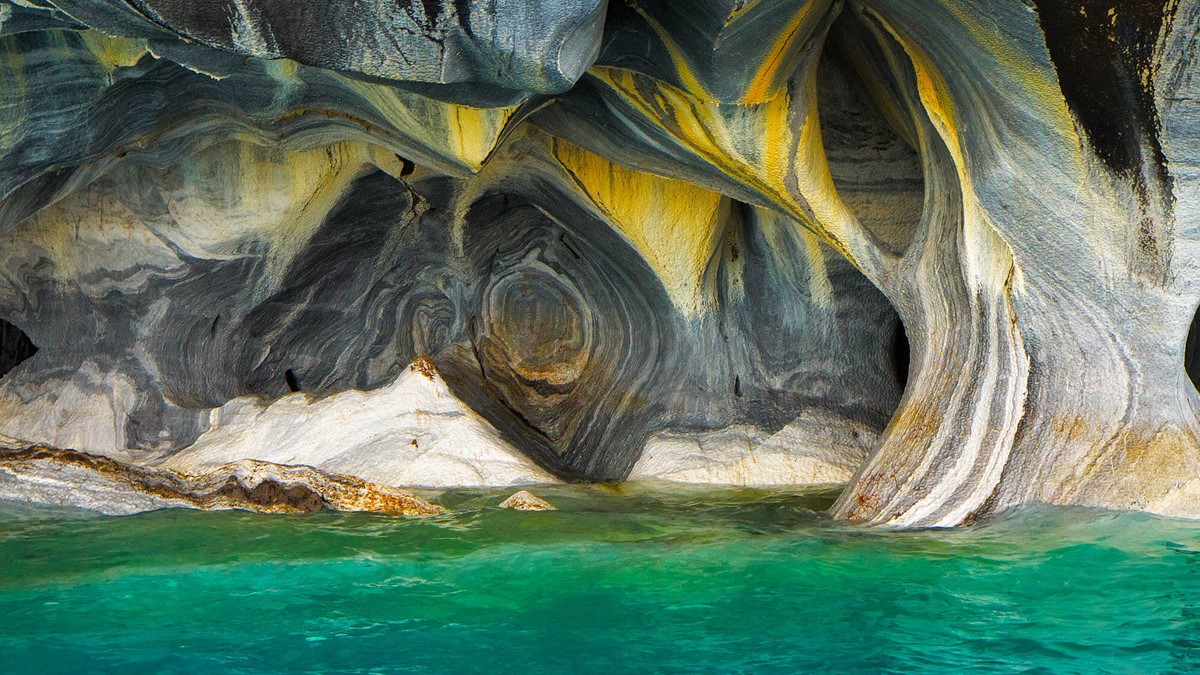 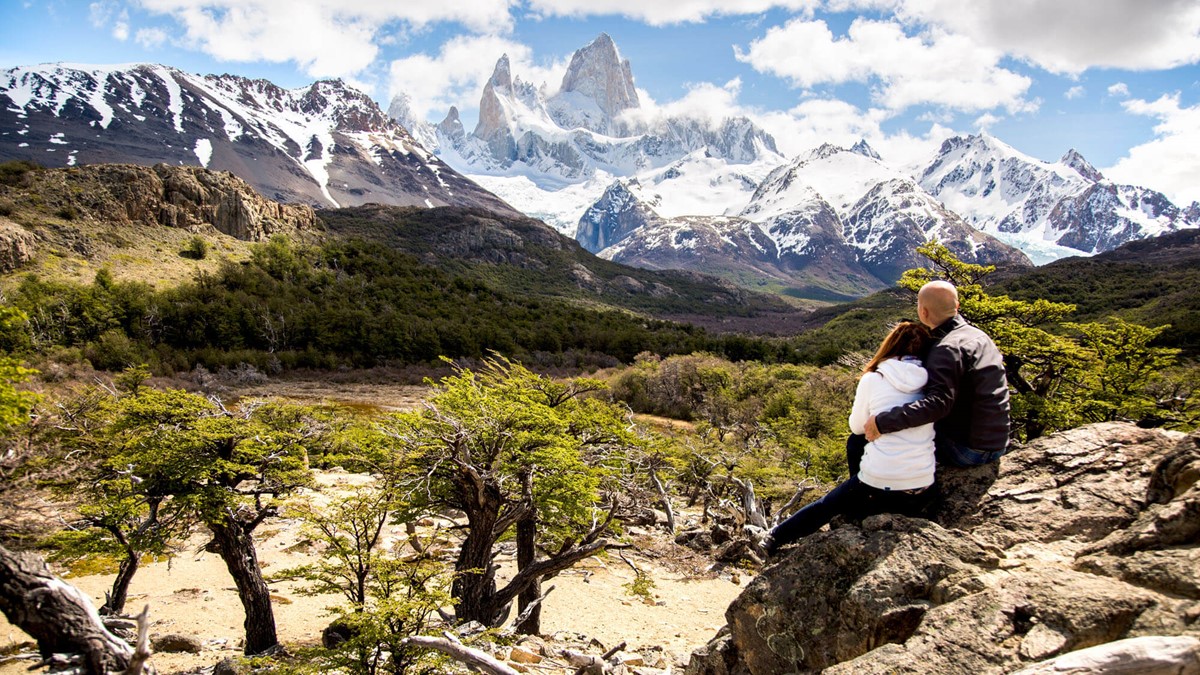 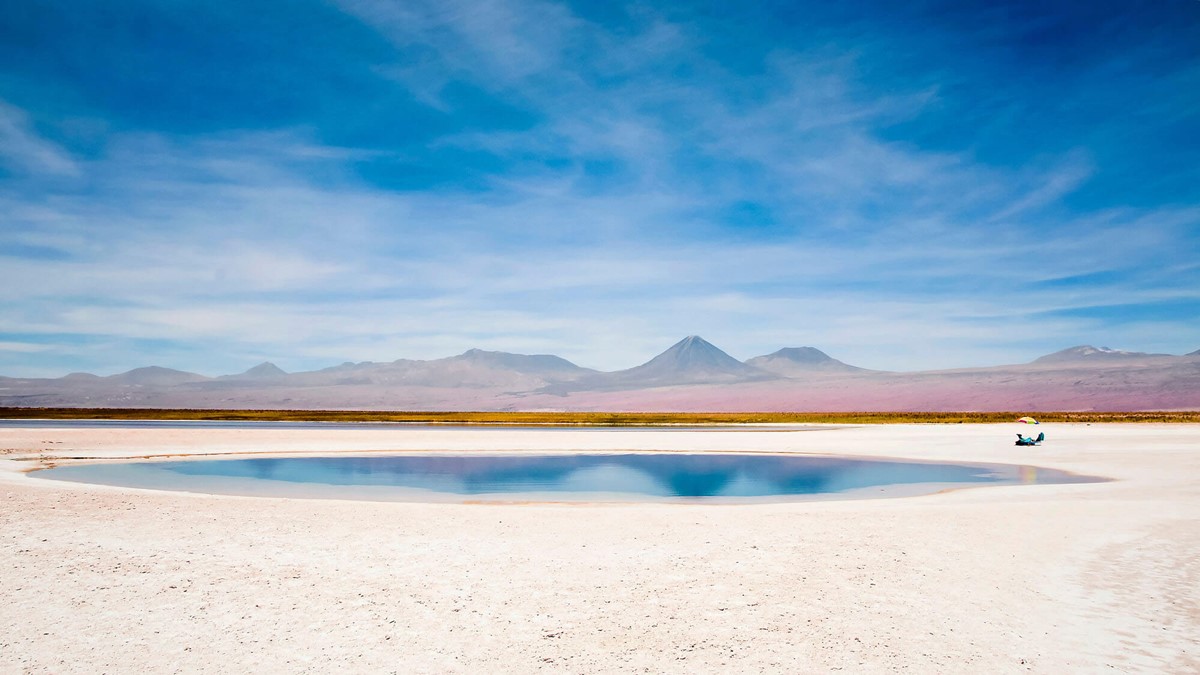 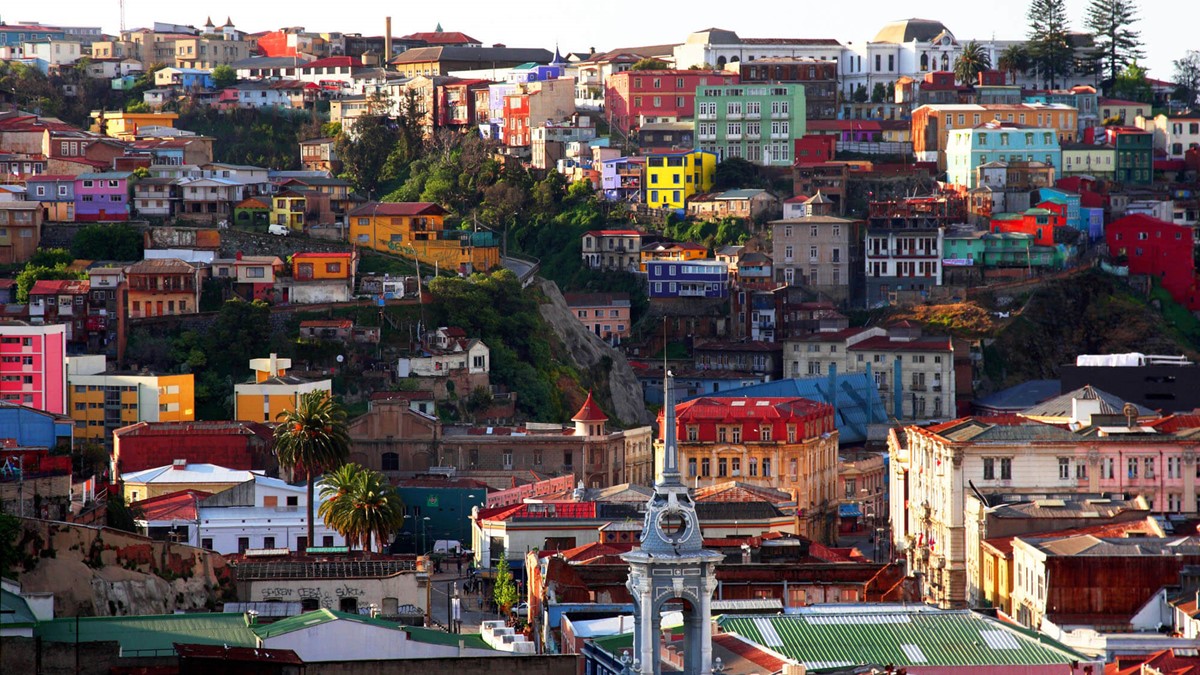 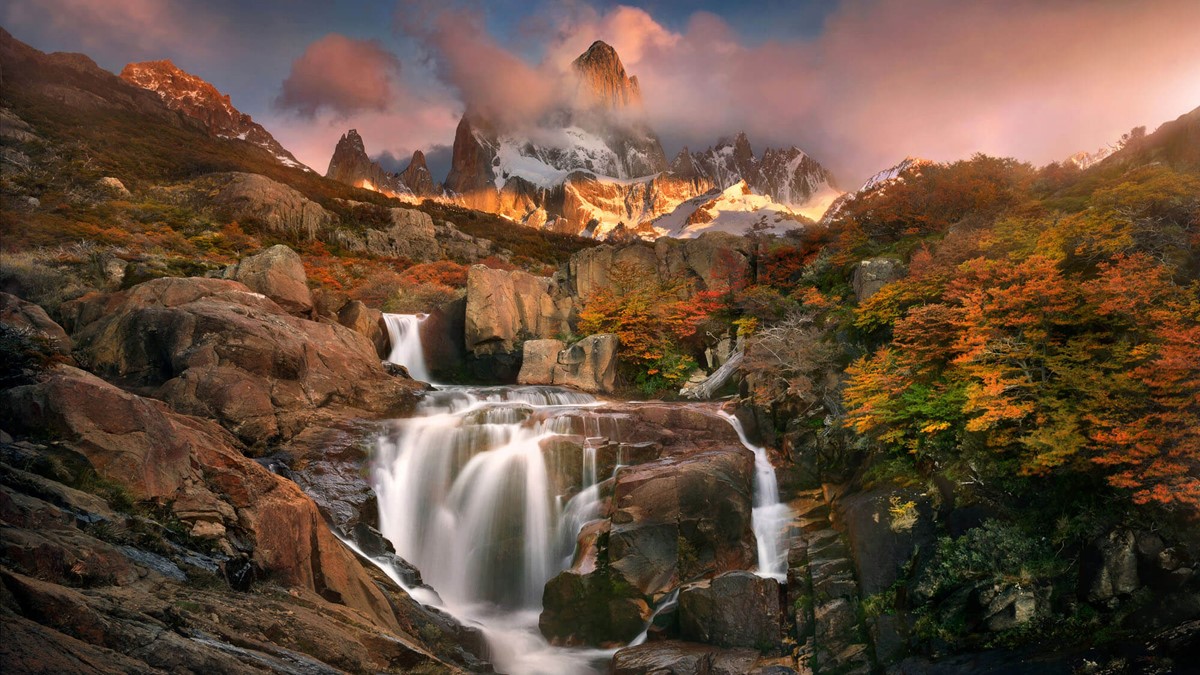 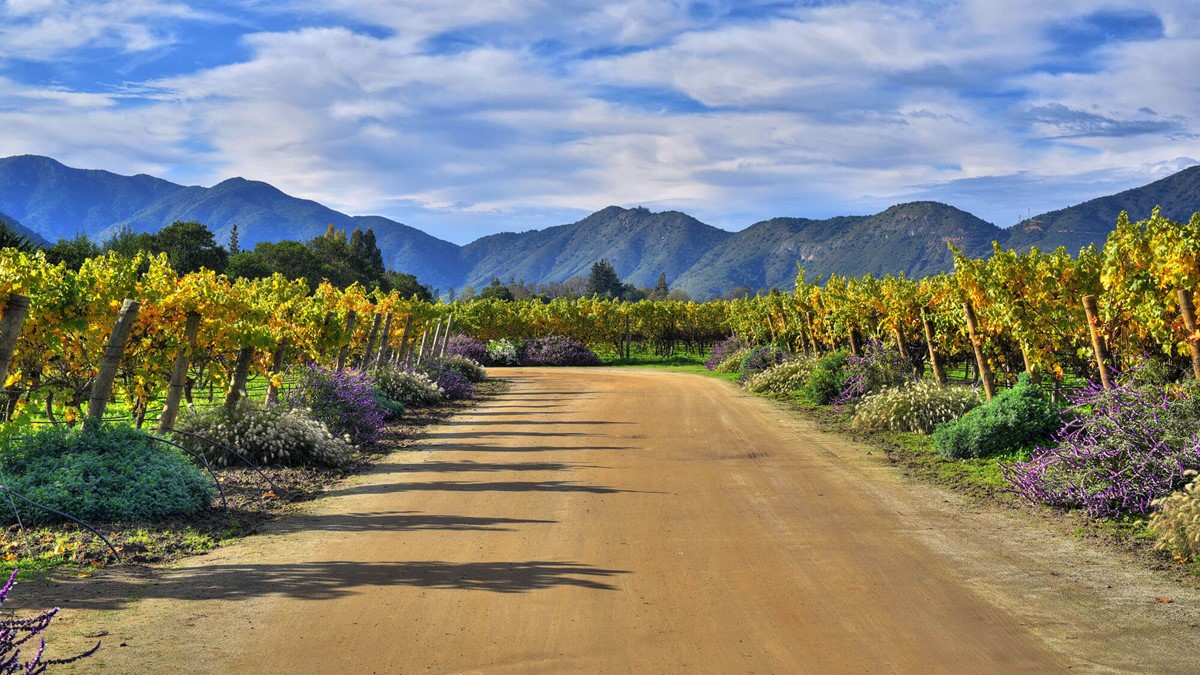 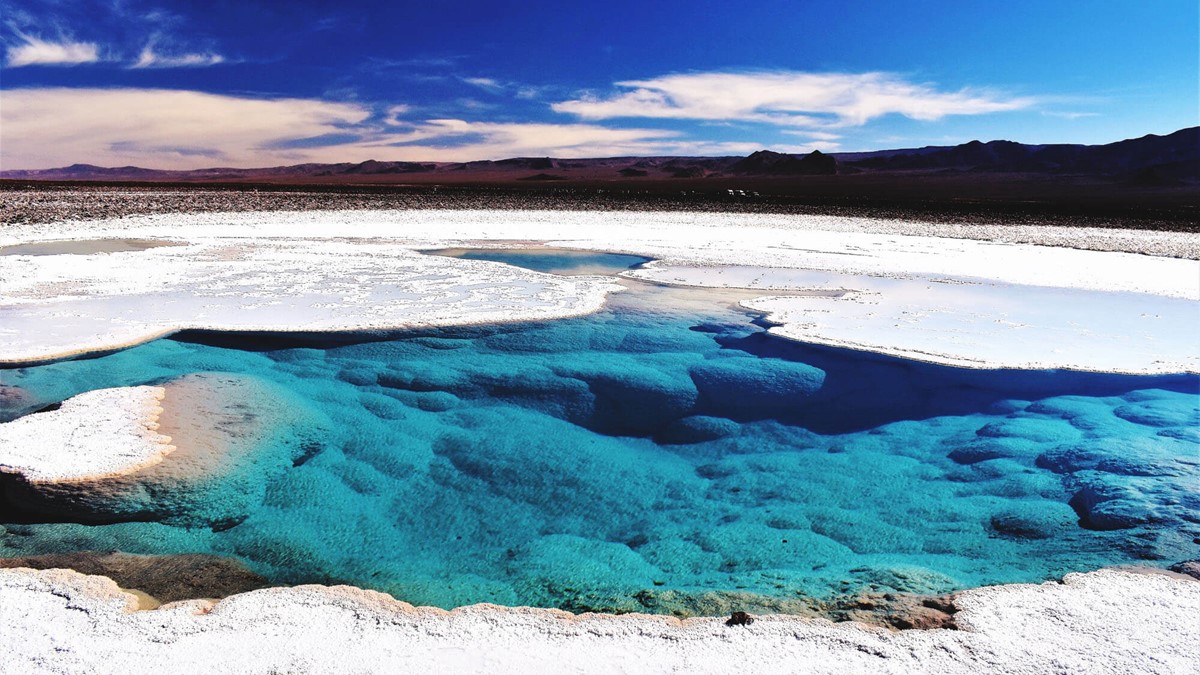 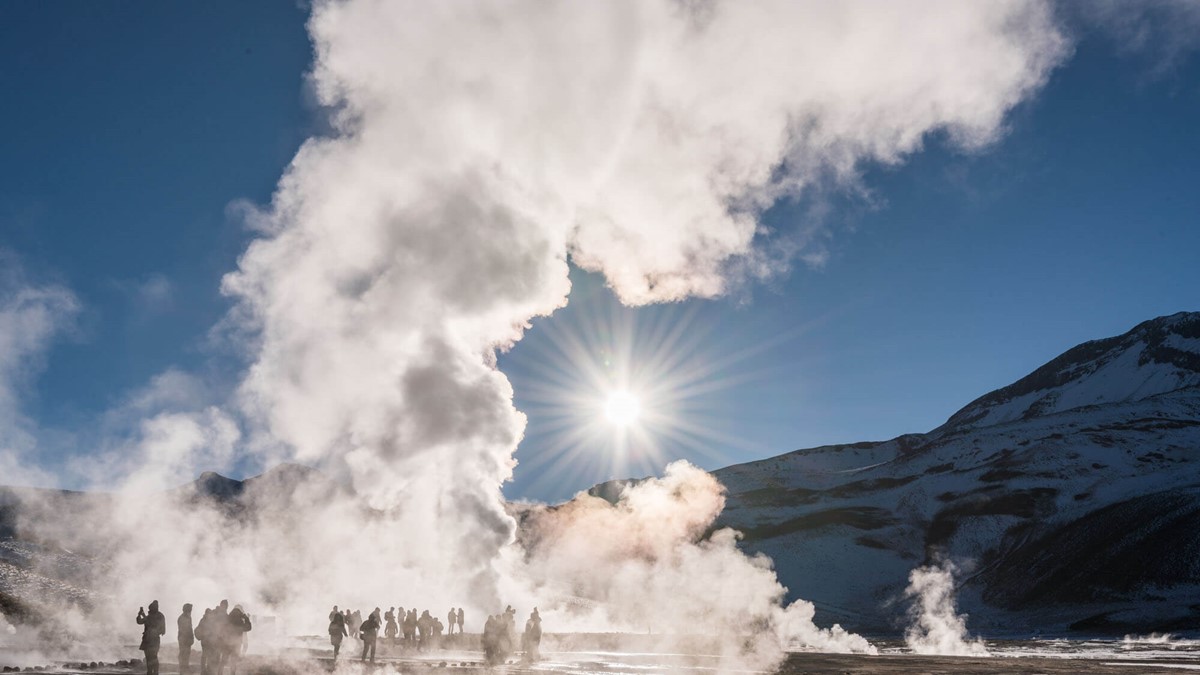 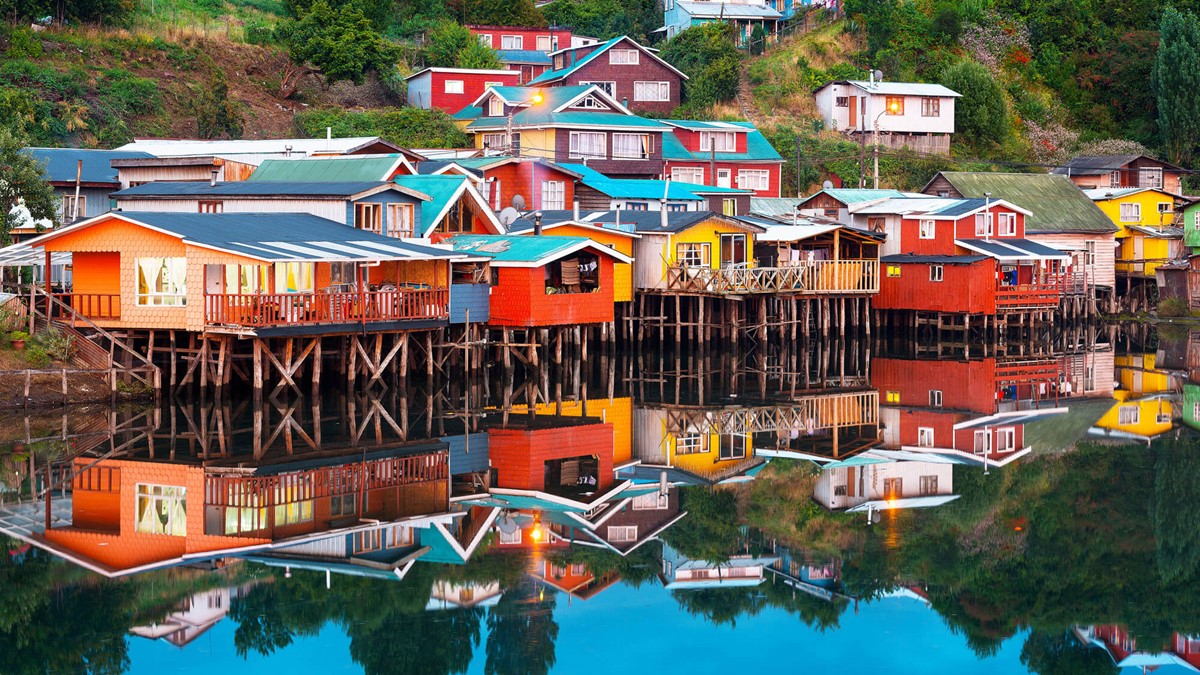 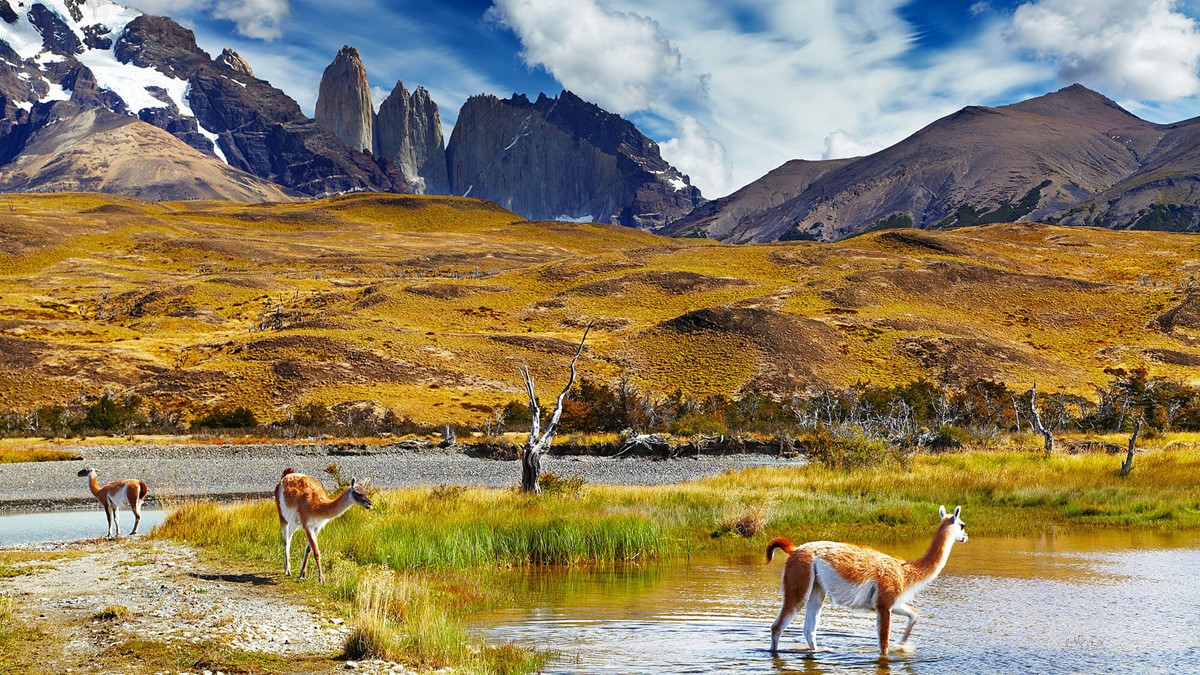 Roughly 2600 miles separate Chile’s northern deserts from the fjords and glaciers at its southern tip, and the landscape between varies from forests to lakes to volcanoes to vineyards. And that means no lack of options on a holiday to Chile. 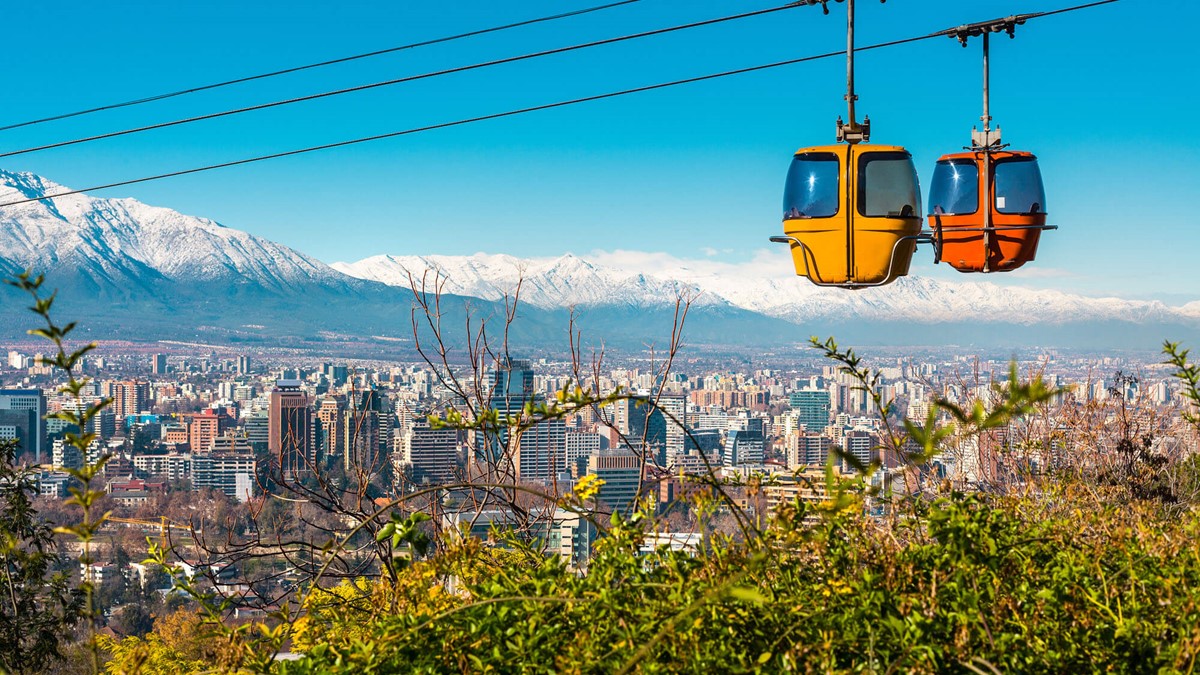 See the changing of the guard – accompanied by a brass band pop-song medley – outside the Chilean presidential residence, La Moneda Palace, in Santiago. The ceremony takes place every other day and is completely free. 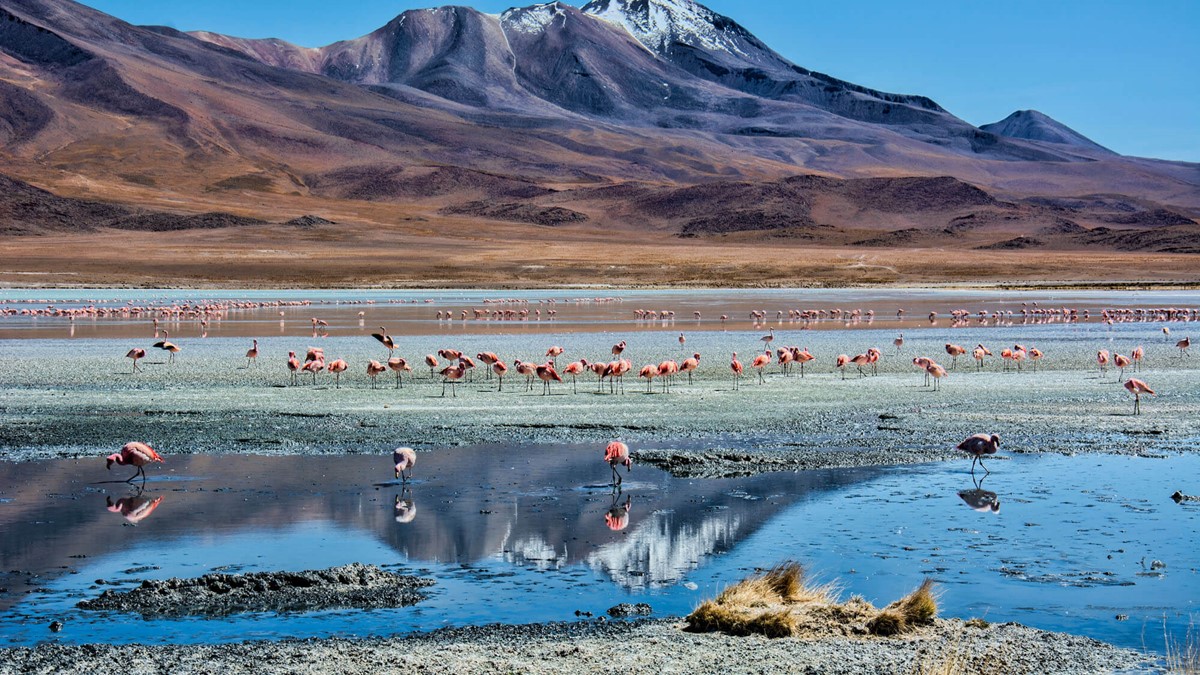 Discover the astonishing, almost Martian, landscape of El Valle de la Luna on the northeast edge of the Atacama Desert. Unlike other areas of the desert it’s a surprisingly temperate place – with an average maximum temperature around 24.5ºC. 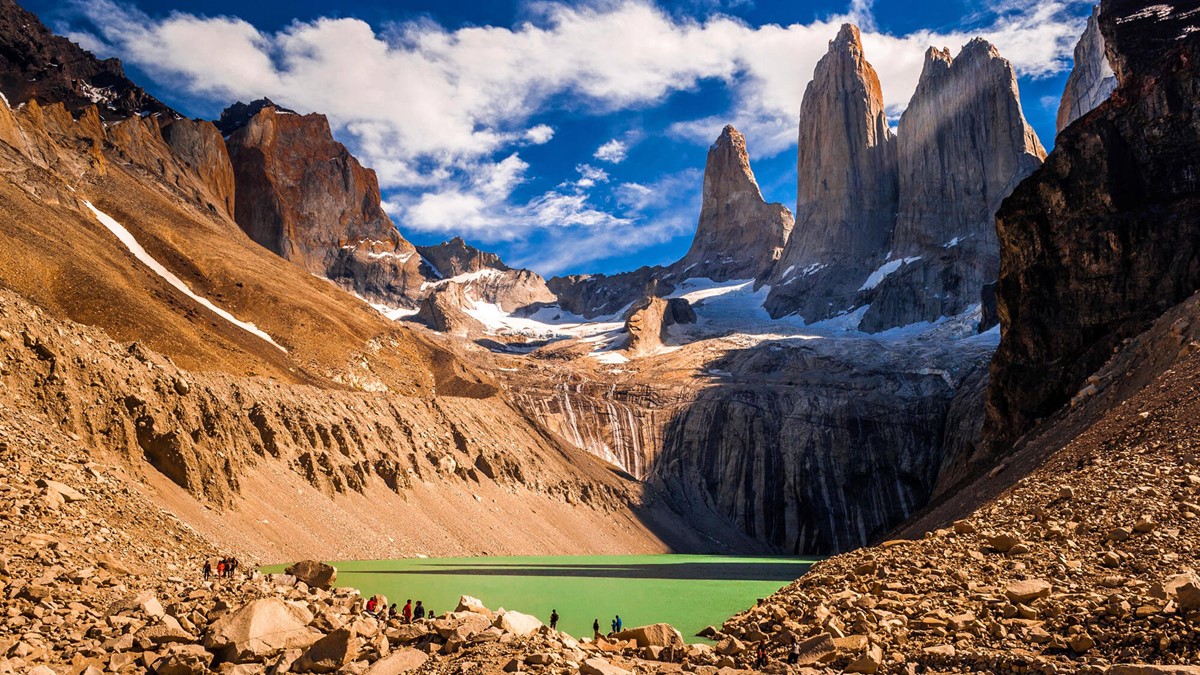 The steep-sided mountains, clear lakes and glaciers of Torres del Paine National Park are a paradise for climbers, trekkers and lovers of the wild outdoors. While here, don’t miss the stunning Salto Grande waterfall on the Paine River, and keep an eye out for llama-like wild guanacos, cougars and Andean condors. 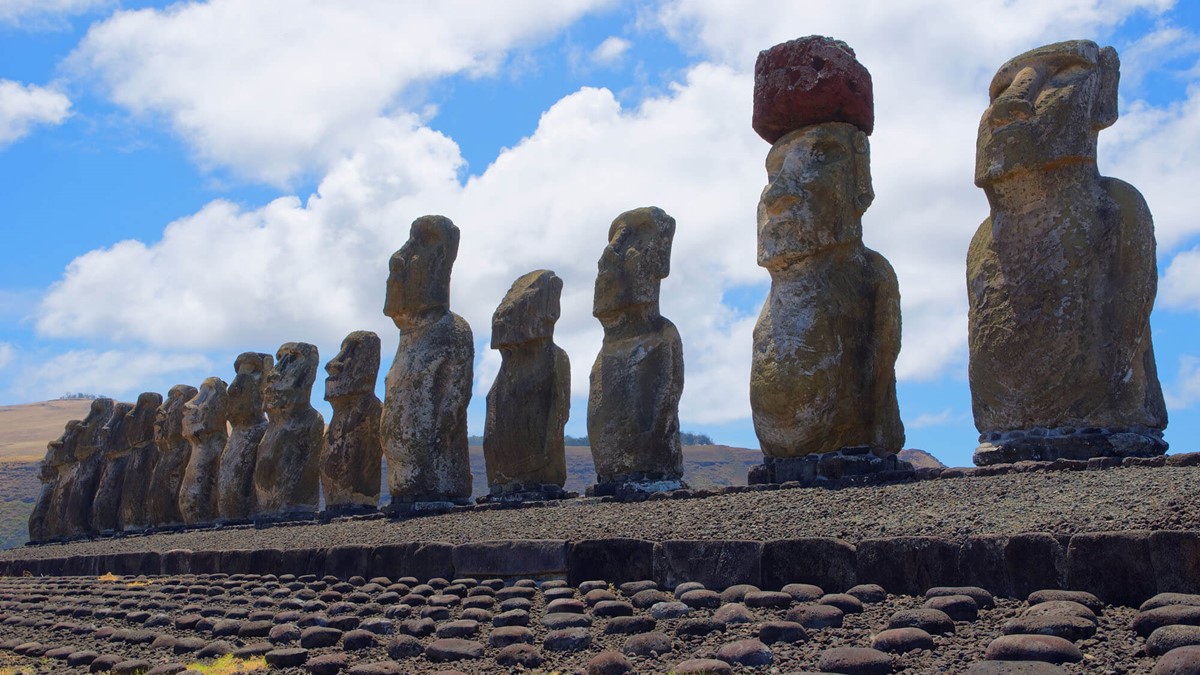 Visit Easter Island to learn the strange and fascinating story of its colossal statues. Yes, it’s a five-hour flight from Santiago, but there’s no better way to round off your holiday in Chile.

Unsurprisingly, given its vast variety of landscapes, Chile has a vast array of dishes to offer. Many of its dishes take influences from traditional Spanish cooking, plus a healthy dose of Italian traditions, blending them with local ingredients.

If you’d like to try a traditional dish on your holiday in Chile, try curanto en Hoyo - a typical dish from the south of Chile. Traditionally prepared by cooking layers of shellfish, meat, milcaos and chapaleles (potato pancakes and dumplings) over a pit filled with hot rocks. The food is wrapped in big leaves,and then covered with wet cloths and dirt to keep the heat in as it cooks.

Like its northern neighbour, Peru, Chile claims Pisco as its national drink. Chile’s version is made by distilling wine made from Muscat grapes into brandy, then maturing it in wooden casks. The country is also one of the world’s largest producers of wine, so don’t miss the change to sample the local vintages as you travel from place to place.