The most picturesque castles in Ireland

Ireland, a country so beautiful it’s inspired poets, writers and painters for centuries and that’s unlikely to change for many more. With its sprawling green landscapes, rugged yet welcoming coastlines and majestic historical landmarks peppered in every county, Ireland has well and truly earned its right to be deemed ‘picturesque’. One of the many reasons why so many people fall in love with Ireland is thanks to its plethora of magnificent castles, abbeys and stately homes that are available to visit, so it comes as no surprise that several of our holidays and tours include a stop at some of Ireland’s best castles along the way.

Can’t decide which part of Ireland you’d like to discover? We’ve put together a list of some of the most interesting and picturesque castles to explore which might just help make up your mind. 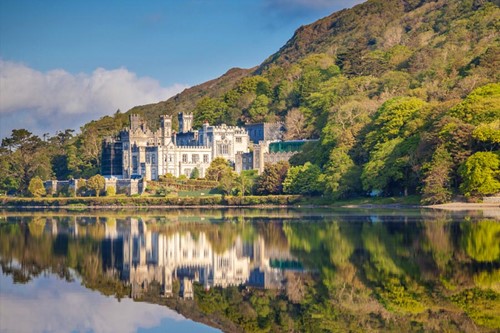 Nestled in the heart of Connemara, Kylemore Abbey and the Victorian walled gardens surrounding it are simply unmissable when in this part of Ireland. Kylemore Castle was built in the 1800s by Mitchell Henry as a grand gesture of love to his wife Margaret. And grand it certainly was with over 13,000 acres of land to be explored to this day. Wander around the beautifully manicured gardens, admire the restored rooms of the castle and visit the Gothic church in the grounds whilst uncovering Kylemore’s fascinating history and the tragic love story that goes with it along the way. Want to find out more about visiting Kylemore Abbey? Our tour of Galway, Connemara and the West coast of Ireland includes a visit to Kylemore following a wonderful scenic drive past Lough Mask and Lough Corrib. 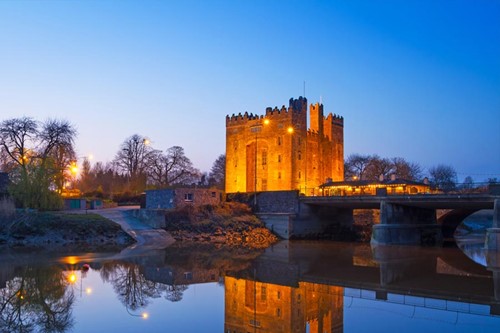 Take a look back through Ireland’s history with a visit to Bunratty Castle which dates back over 1,000 years, yet having been lovingly restored this castle remains astonishingly intact and open for exploration. The castle is adjoined by the Folk Park, 26 impressive acres that are home to a full reconstruction of a traditional rural Irish village which gives a window into what life would have been like over a century ago. The Folk Park includes a village street complete with a pub, post office and drapery plus a Regency walled garden and shop which all make for a wonderful day out in this beautiful part of Ireland, which is why we’ve included a stop here on our South West Ireland tour, followed by a visit to the wonderful village of Adare. 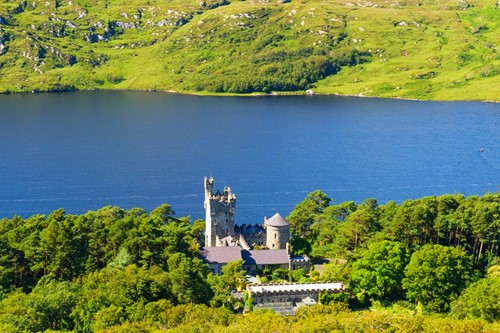 Situated in the heart of the breathtaking Glenveagh National Park - unsurprisingly an area of outstanding natural beauty, Glenveagh Castle’s backdrop is effortlessly scenic making it one of Ireland’s best castles to visit. Perched on the shores of Lough Veagh, the castle was built in the late 1800s as a romantic retreat and it’s safe to say that goal was most definitely achieved. One of the best ways to enjoy the castle and its stunning gardens are on a guided tour where you’ll be led round by a castle expert - an unmissable feature of our tour of Donegal and the Giant’s Causeway which is a fantastic tour for experiencing the best of Northwestern Ireland. 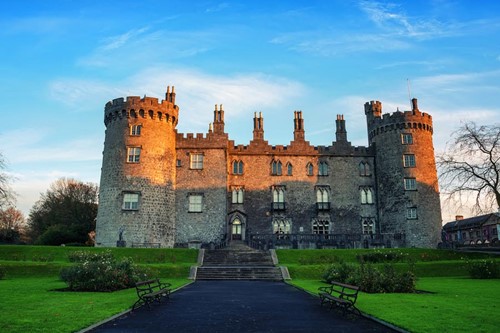 Welcoming hundreds of thousands of visitors each year, Kilkenny Castle has long been recognised as one of the best castles to visit in Ireland during its impressive history dating as far back as the 13th century. Surrounded by over twenty hectares of land, there’s plenty to explore at Kilkenny Castle so it’s definitely advisable to wear good walking shoes. Stroll the castle lawns decorated with bright and beautiful shrubs and flowers and ornate fountains and statues overlooking the River Nore. The castle itself is open to walk around and experts and guides are available in most rooms to provide more information and insight into the castle, its history and surrounding areas. 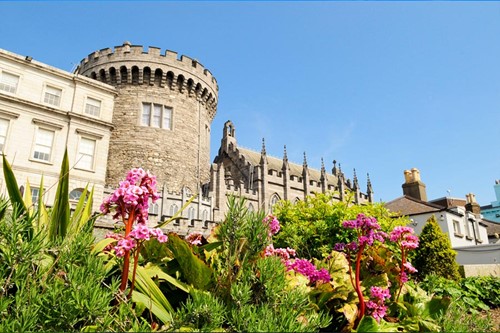 Widely regarded as one of the most significant buildings in Dublin and the whole of Ireland’s history, Dublin Castle boasts a history dating back to the 13th century and includes surviving a major fire and being restored to a Georgian palace which played host to many banquets, balls and regal ceremonies. One walk around the castle and its gardens and it’s easy to see why Dublin Castle is considered to be one of the best castles to visit in Ireland. Admire the garden’s many flower beds and artistic sculptures and enjoy a whole different side to Ireland’s capital. Wondering when to visit Dublin Castle? Our Dublin and Ireland’s Ancient East tour offers a day of free exploration around the city - perfect for a stop at the castle. 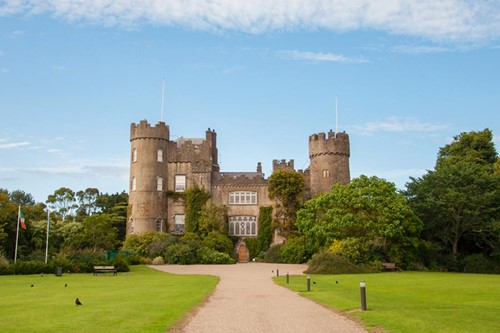 This castle’s ornate architecture and intricately decorated rooms easily make Malahide one of the best castles in Ireland, not to mention the widely believed rumours that it’s also one of the most haunted castles in Ireland too. One of the country’s oldest castles, Malahide has witnessed many a battle, banquet and political movement over the years all of which can be uncovered with a guided tour around the castle and grounds. Outside, Malahide Castle is just as impressive with sprawling lawns, botanical gardens and even its very own butterfly house - the only one in Ireland in fact. With so much to do and see here, visitors can very easily make a day of it at Malahide Castle.

Opening times: Open daily from 9:30am

It’s safe to say that as far as picturesque castles, gardens and grounds go, Ireland delivers ten fold and more. Exploring these wonderful points of interest are not only a great way to learn about this fascinating country’s colourful history, but also to take in the beauty of each castle’s natural surroundings too. From enchanting loughs to seemingly never-ending hilly landscapes and backdrops visitors can not only enjoy Ireland’s best castles but its best scenery too. Which is why we’ve included stops at many of this country’s most loved castles in our Ireland holidays and tours which always prove to be a favourite, and there’s certainly no surprises why.

Looking for a little more inspiration on the best places to visit in Ireland? Why not take a look at our Ireland Holidays collection and browse the popular and varied tours on offer.