Regarded as the birthplace of democracy, Ancient Greece is among the most significant and intricate civilisations in human history. The culture triggered a ripple effect on many other cultures that followed, thanks to its most pioneering minds devising cutting-edge scientific theories, crafting the earliest works of literature, and hosting colossal sporting events such as the Olympics. This ancient civilisation abounds in intellectual richness, and sometimes, it's tricky to comprehend it without witnessing it for yourself in Greece.

To experience some of Greece’s most significant ancient sites, book a spot on an award-winning escorted tour. Classical Greece & the Wonders of the Ancient World is one of our newest holidays. On this incredible trip, you can spend eight days exploring some of Classical Greece’s best-preserved sites.

To get you feeling inspired, here are some of the best ancient archaeological sites to visit in Greece:

Delphi and the Temple of Apollo

We do love a spot of sacred Delphi. The former site of the oracle, which drew pilgrims from all over the Mediterranean who were desperate to receive life-changing prophecies, sits at the foot of Mount Parnassus. The archaeological complex includes the fascinating Sacred Precinct, with its Temple of Apollo and its reconstructed Treasury of the Athenians. During your visit, be sure to pay close attention to the 5th-century BC bronze charioteer, one of classical Greece’s most significant artefacts.

The Acropolis of Athens 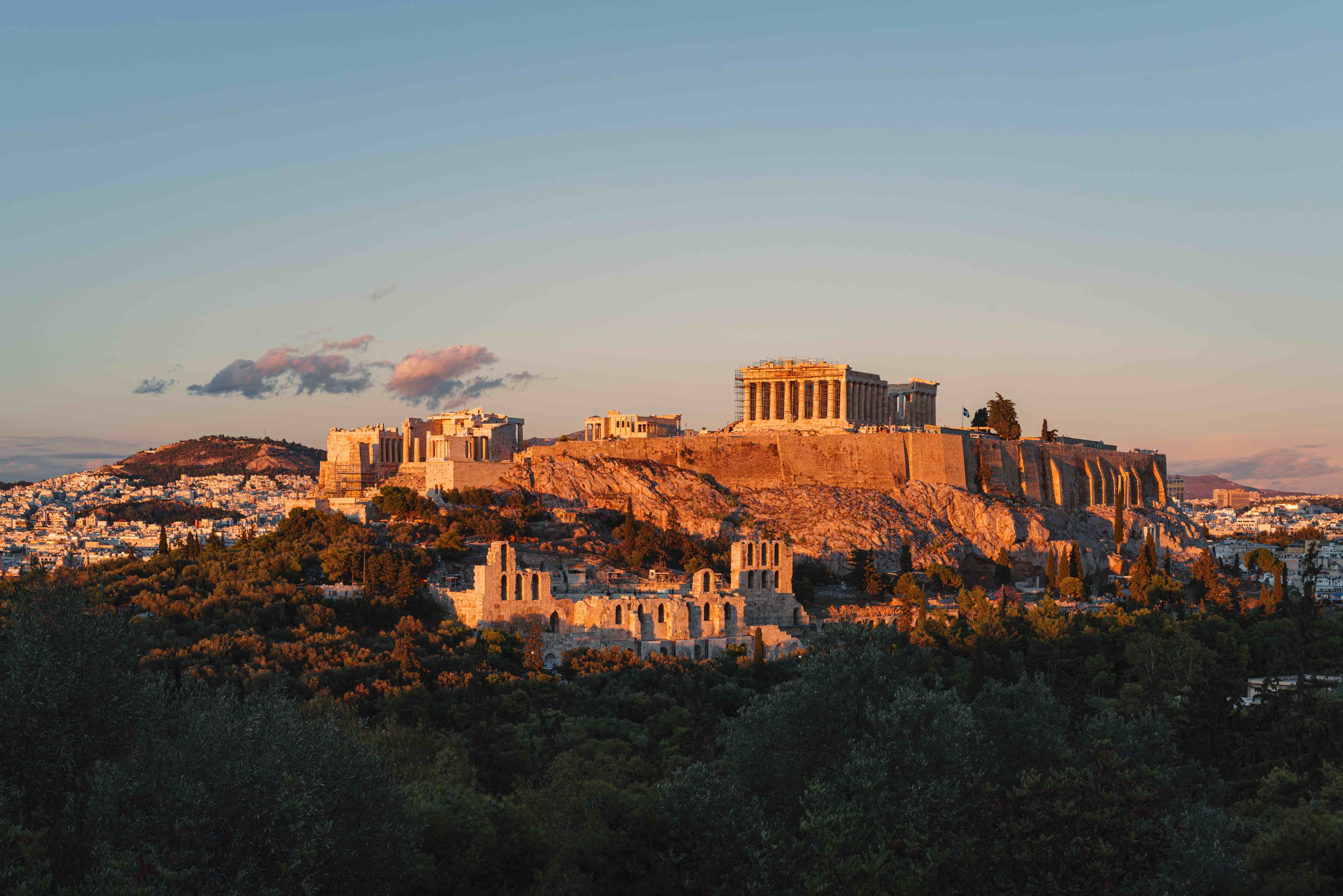 Desperate for some postcard-worthy vistas? Then head to Athens to catch a glimpse of the Acropolis, the ever-impressive rock buttress where the Parthenon ruins sit. According to UNESCO, the Acropolis is “the most striking and complete ancient Greek monumental complex still existing in our times.” Built around 525 BC, the limestone rock used during its construction dates all the way back to the Late Cretaceous period, when dinosaurs roamed the land.

Thessaloniki’s White Tower, one of the cities most important landmarks, is a cylindrical stone tower monument and Ottoman fortress constructed during the 15th-century. While it’s an ancient, long-standing symbol of the city, it once served the very practical purpose of safeguarding the harbour and thus protecting the citizens. 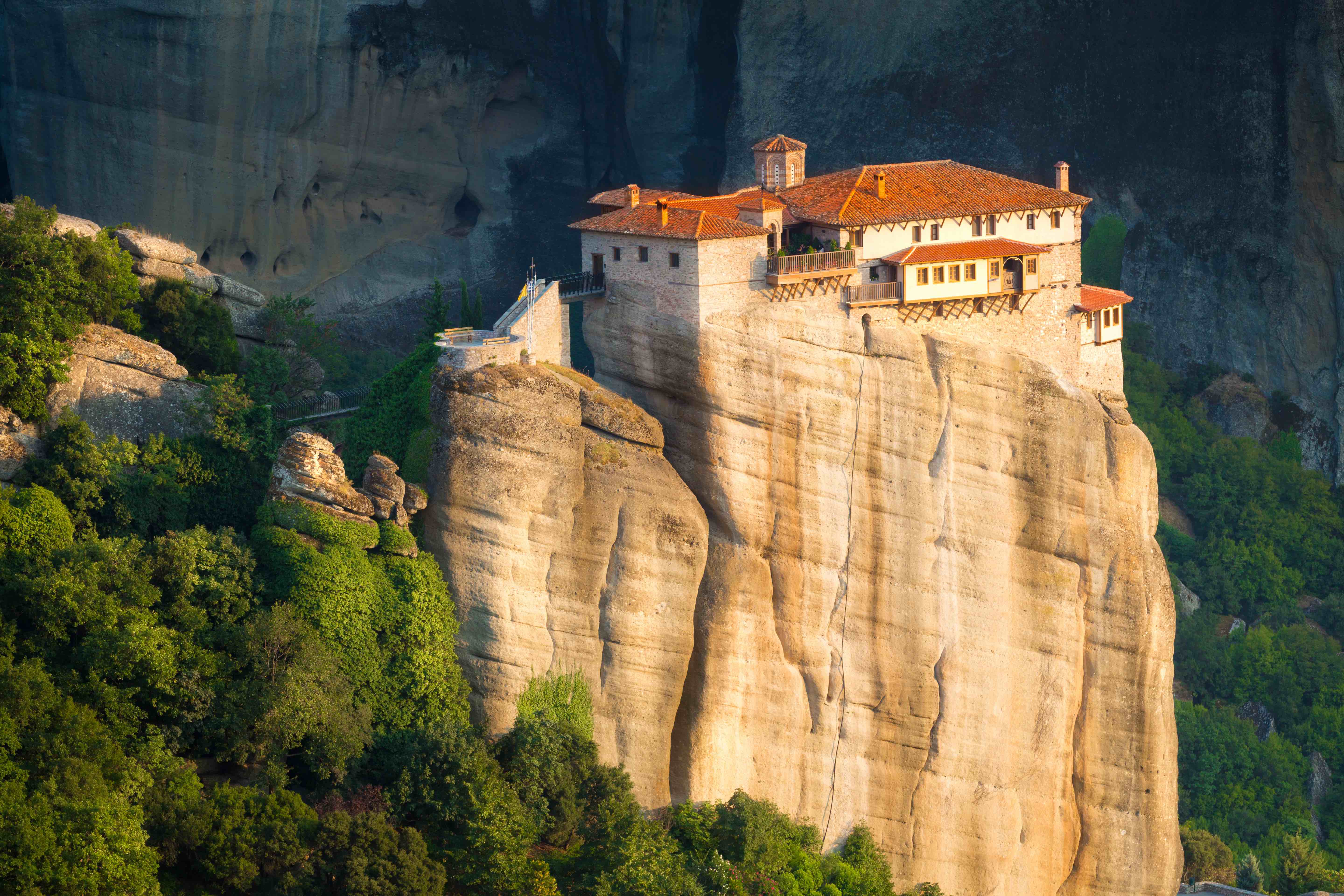 Now for one of our all-time favourite ancient sites in Greece, the UNESCO­­­-listed Meteora monasteries. This other-worldly rocky landscape is dotted with towering rock columns, some reaching heights of 1,800 feet. And then there are the six monasteries dramatically perched upon these impressive peaks, all of which date back to the 14th-century. Perhaps the most famous of these structures is the Monastery of the Holy Trinity, which stole the show in the 1981 James Bond film For Your Eyes Only.

You can’t visit mainland Greece without stopping off at Mount Olympus, which is the nation’s highest peak at 9,573 feet. In Greek mythology, this looming mountain was known as the base of the 12 Greek gods. It’s best explored with an experienced guide, who can regale you with stories of the deities and their mysterious, sometimes impulsive ways.

As the mountainous environment is home to 1,700 plant species, which equates to about a quarter of all of Greece’s flora, its unique biodiversity has been recognised as a UNESCO Biosphere Reserve. Be sure to keep your eyes peeled for the 32 species of mammals and 108 species of birds, during your time there. 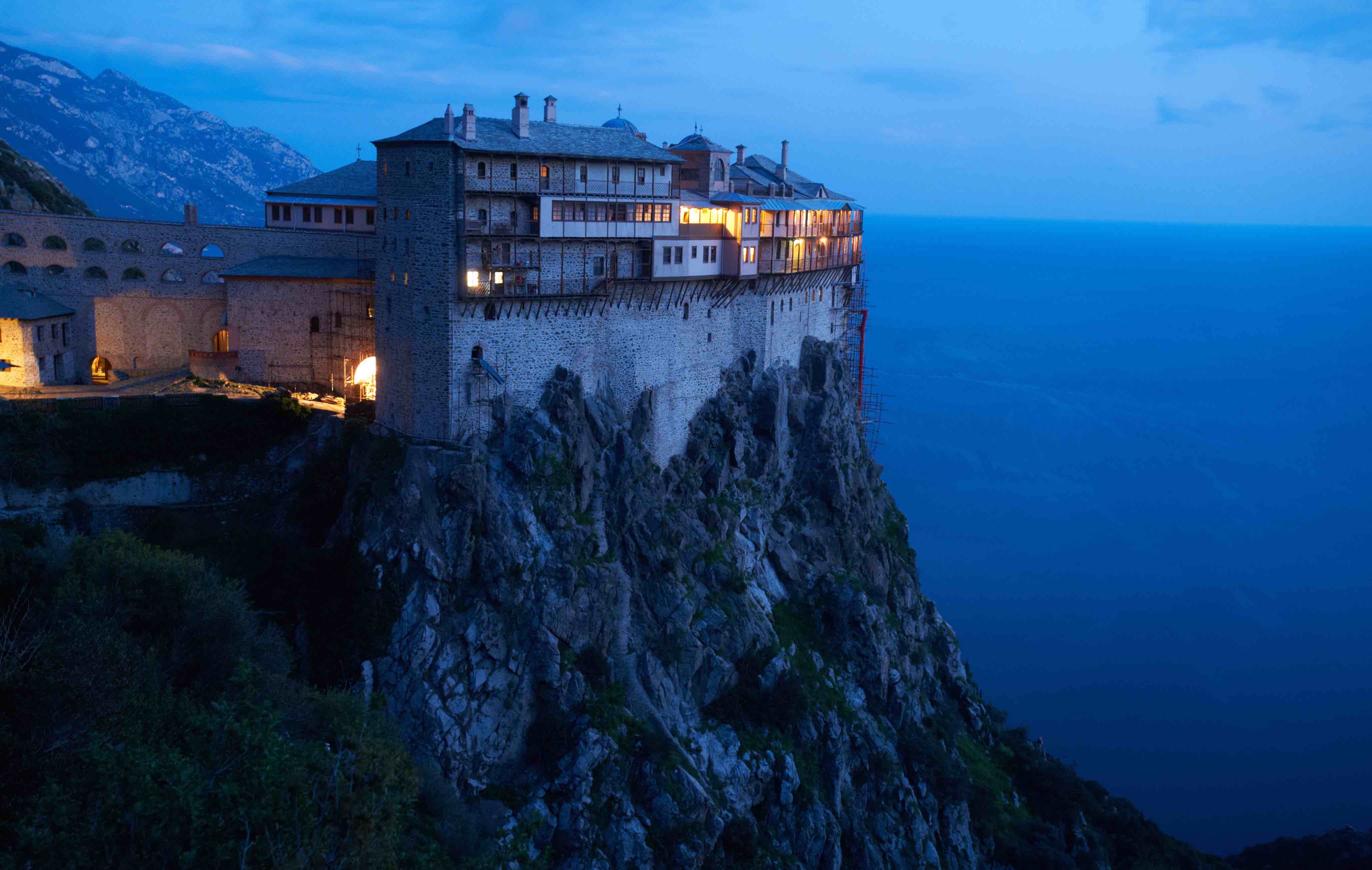 And now for another famous Greek mountain: Athos. Take a scenic boat tour around the UNESCO­­­-listed Mount Athos, or the ‘Holy Mountain’ as it it is still consdered to be a significant centre of Eastern Orthodox monasticism. It’s one of the most arresting sites in the Aegean Sea, with its 20 monasteries that appear to plunge right into the sea. Look out for those sharp drops!

Immerse yourself in the history of Ancient Greece on our newest Classical Greece & the Wonders of the Ancient World tour. Spend eight fascinating days exploring some of the nation’s best-preserved sites, with the option to extend and enjoy a relaxing week on an idyllic island.

Looking for the perfect holiday for a big family reunion? We’ve got everything you need to know about multi-generational travel.

It's time to live it up in Lake Como, Lake Garda, and Lake Maggiore.

Fall in love with the United States’ vibrant history, cultural attractions, and political backdrop on a trip to DC.

From the Flåmsbana scenic railway to the Jostedal Glacier, here are the best attractions surrounding the Sognefjord.

With whale-watching, brewery tours, and surging waterfalls, the land of fire and ice is sure to delight you this summer.