JOIN US ON A HOLIDAY TO THE Outer Hebrides

The Outer Hebrides feel like the end of the earth, but not in an apocalyptic, maddening sense. These Scottish isles offer an idea of true isolation, with untouched grasslands, ancient stone circles, and wild weather (which is all part of the Hebridean experience). Just 28,000 people reside in the Outer Hebrides, making it one of the most sparsely populated areas in the UK. As there are very few people per square mile, an escorted tour of these ruggedly beautiful Atlantic outcrops will be an experience quieter, and more unique than any other holiday on your radar.

Also known as The Western Isles, the Outer Hebrides are situated off the northwest coast of Scotland. This chain of more than 70 islands boasts rugged moors, freshwater and saltwater lochs, craggy peaks, and a rich sense of Gaelic culture and history.

From Lewis and Harris to North Uist to Barra, the archipelago stuns visitors with landscapes not typically associated with Scotland, including stretches of white, sandy bays and sapphire blue swimming holes. Truly, these beaches could be confused with the Caribbean - even if it isn't as toasty.

One of the best elements to a Hebridean holiday is getting to know the distinct personality of each island, including South Uist - a stronghold of Gaelic language and crofting industries of seaweed gathering - and Lewis - with its history of Neolithic rituals, including the Standing Stones of Callanish. 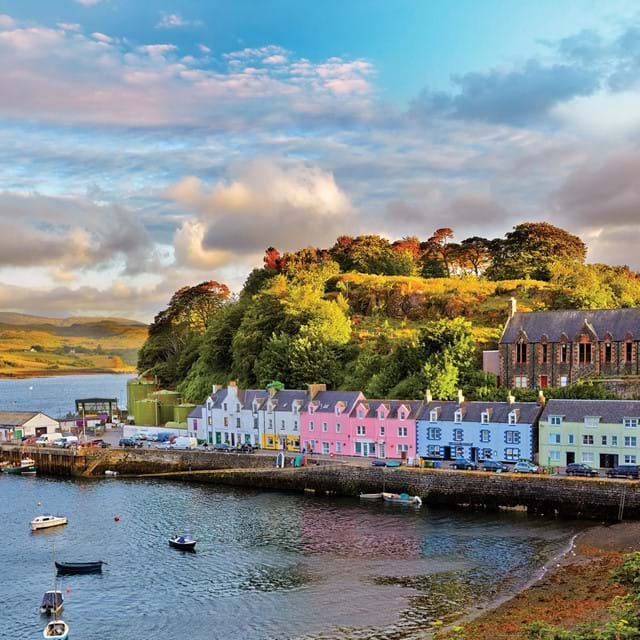 Curious about these mysterious Atlantic outcrops? We answer some of your most-asked questions below.