JOIN US ON A HOLIDAY TO KRAKOW

From stunning architecture and captivating historical sights to quirky bars and great cuisine, Kraków offers an enthralling blend of old and new.

One of the oldest cities in Poland, Kraków is home to an impressive breadth of rich and fascinating history. As the country's former royal capital, you can be sure of plenty of regal medieval sights as you stroll around the Old Town. Located on the scenic Vistula River, the city is brimming with castles, palaces and museums to explore, providing a fascinating look into its vast history. Today Kraków is a vibrant, bustling city full of things to do, as well as great food and inexpensive drinks. Unsurprisingly, it has become a popular destination for European city breaks.

The city dates back to the 7th century, with beginnings as a hamlet situated on Wawel Hill. It has seen an often turbulent past. After being declared as the capital of Poland during the 11th century, the city lost its status to Warsaw five centuries later. The city became a centre of academia and culture during the 20th century, bustling with new universities and ideas. More recently, the city struggled through World War One and Nazi occupation during World War Two, before its communism chapter was opened and closed. In 1978 UNESCO published its very first World Heritage List, which included the city's Old Town. From castles and palaces to churches and Soviet-built houses, Kraków holidays provide ample opportunities to explore this fascinating breadth of history.

Today Kraków is the second largest city in Poland, home to more than 760,000 people. Widely regarded as the country's cultural capital, there is a fantastic array of things to do and see here. Along with an abundance of deeply informative museums and historical experiences, Kraków tours also offer much in the way of art, literature, music, dance, and cinema. With regular festivals, events and performances happening across most of the city throughout the week, visitors are sure to find plenty of unforgettable experiences. From live jazz jam sessions and nights at the theatre to ballet and opera performances, Kraków trips are brimming with exceptional cultural opportunities.

Experience  Krakow’s historical landmarks and vibrant Christmas markets on one of our escorted tours. 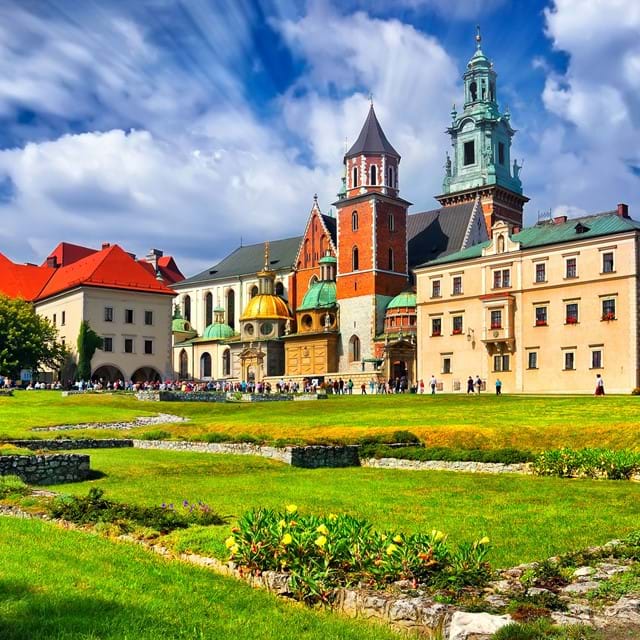 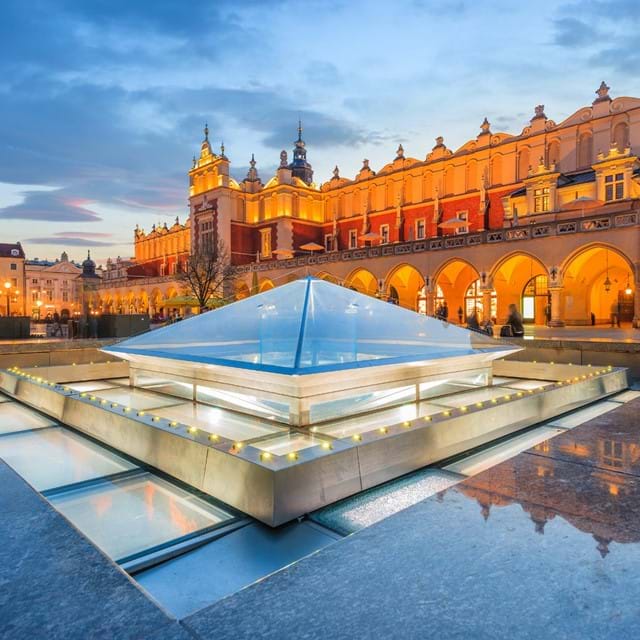 Spirit of Krakow for Solo Travellers

Things to do in Krakow

First-time visitors to the city are sure to be impressed with the array of things to do and see. The first stop on many Kraków tours is the UNESCO-listed Old Town, and for very good reason. As one of the best-preserved medieval locations in Europe, it offers an excellent insight into the history of the city dating back centuries. Here you'll find stunning architecture, pretty cafes and restaurants, and many of the city's prime attractions. The Market Square is surrounded by dazzling architecture, and also happens to be the second largest in Europe. The iconic St. Mary’s Basilica is another must, complete with its awe-inspiring Gothic altarpiece. The Cloth Hall, often hailed as the world's oldest shopping mall, harks back to the city's regal apex, while the Royal Road, stretching from the Old Town to Wawel Royal Castle is home to several of the city's most impressive historical sights. The castle itself sits on ancient Wawel Hill, and offers the chance to explore various architectures from over the centuries, displayed across its Bell Tower, Chapel, Crypt and more.

No Kraków holidays would be complete without paying a visit to Kazimierz. It existed as the city's bustling centre of Jewish life, until its residents were forcibly removed under Nazi rule. The area developed a fearsome reputation during the communist period, but from the 1990s onwards it has enjoyed a transformation into a lively and creative hub, with plenty of trendy cafes and bars, and things to do and see. One particular highlight is the Schindler’s Factory museum; what was once a factory owned by Oskar Schindler is now a poignant and extremely informative record of Jewish life in the city during the 20th century. If museums are your thing, you should also take a look at Rynek Underground, which provides the opportunity to explore the city's foundations right underneath its main square. Art lovers are also very well catered for, with the MOCAK playing host to a superb array of contemporary Polish work and the National Museum of Krakow housing both Polish and European pieces from throughout the ages.

Visiting Kraków also provides the opportunity for a number of day trips to sights and attractions nearby. Of course, the most well known of these is Auschwitz, where visitors are able to pay their respects to the victims of Nazi rule, as well as learning more about the harrowing site and the crimes that took place there. Other Kraków trips within easy reach include the Wieliczka Salt Mine; the largest active salt mine in the world, the picturesque Zakrzówek lagoon, and a pleasant variety of other castles, forests and lakes in the nearby countryside. 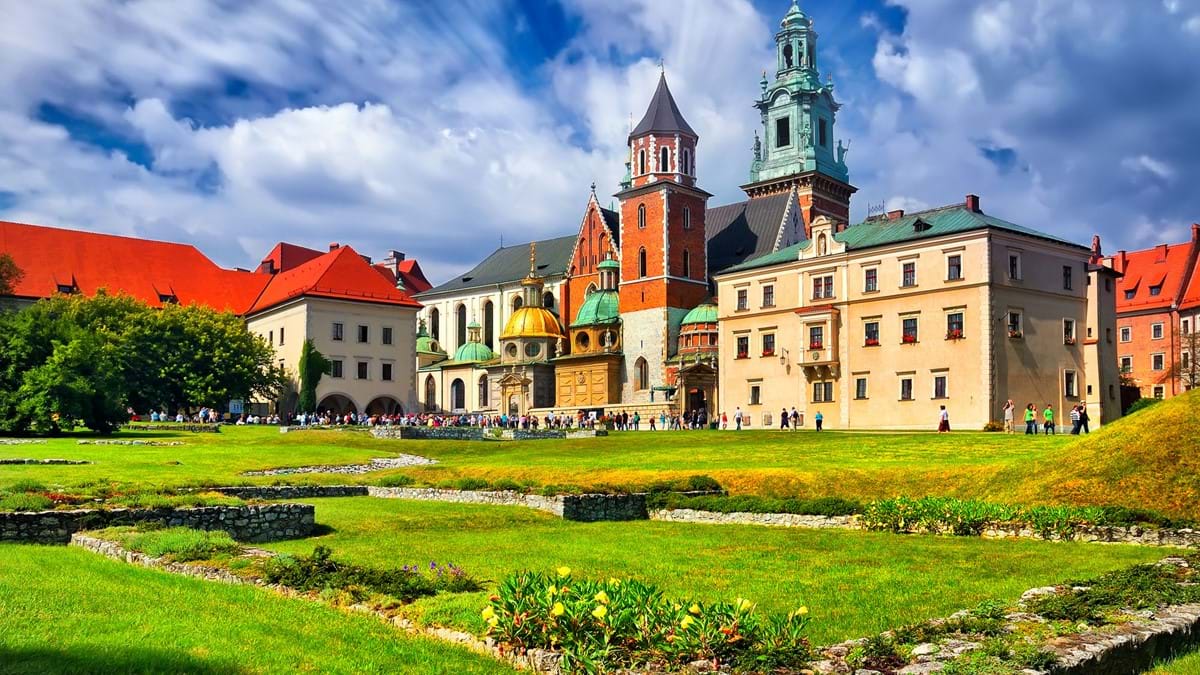 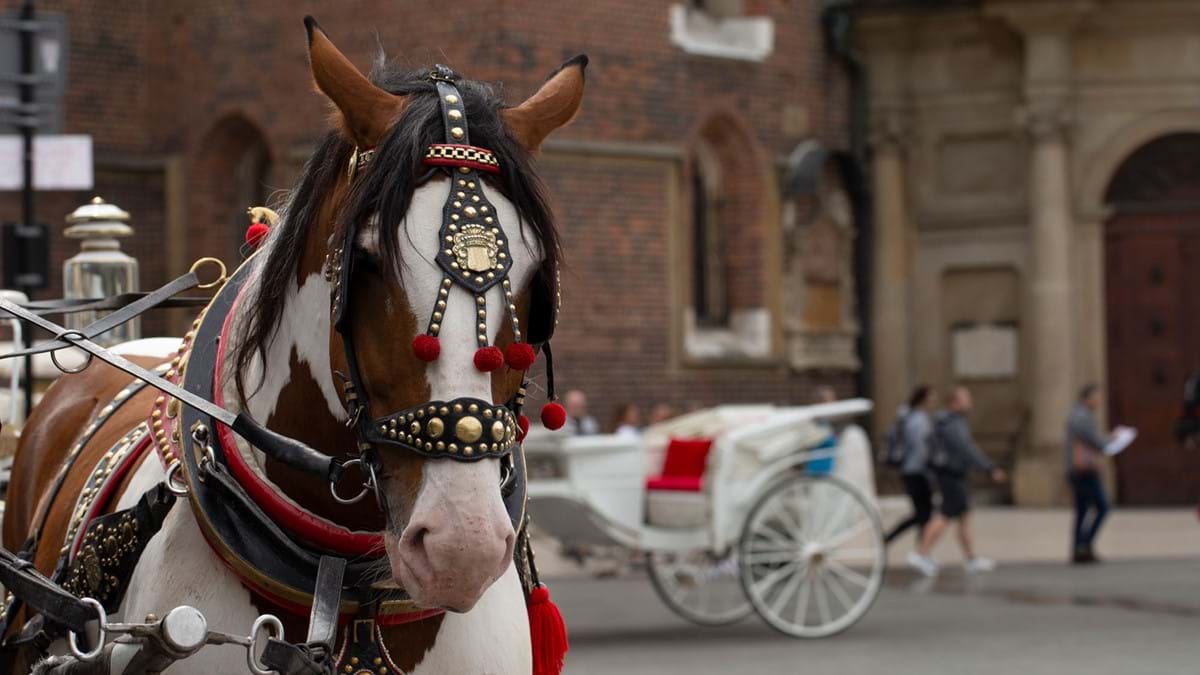 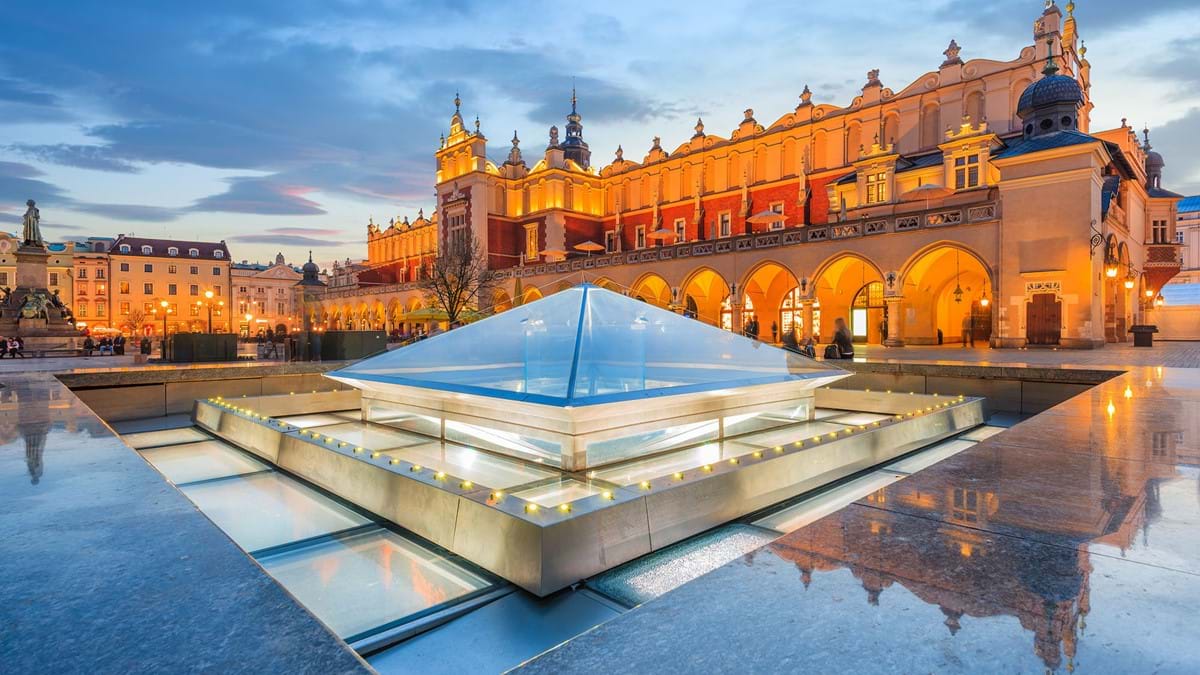 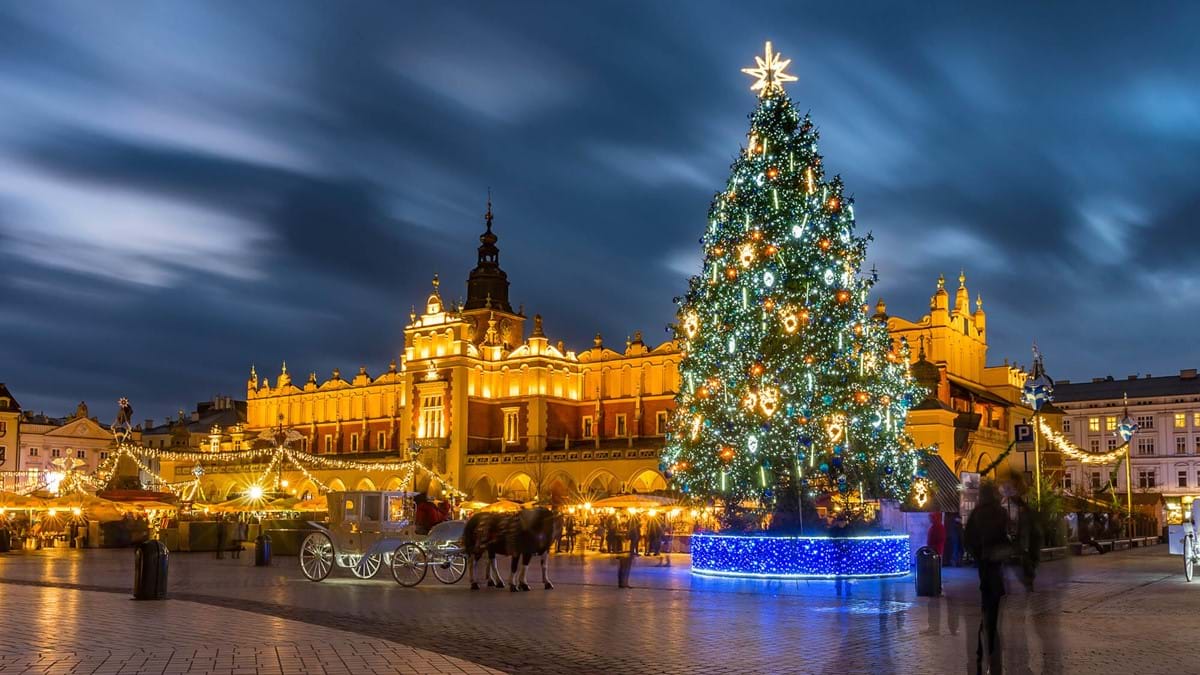 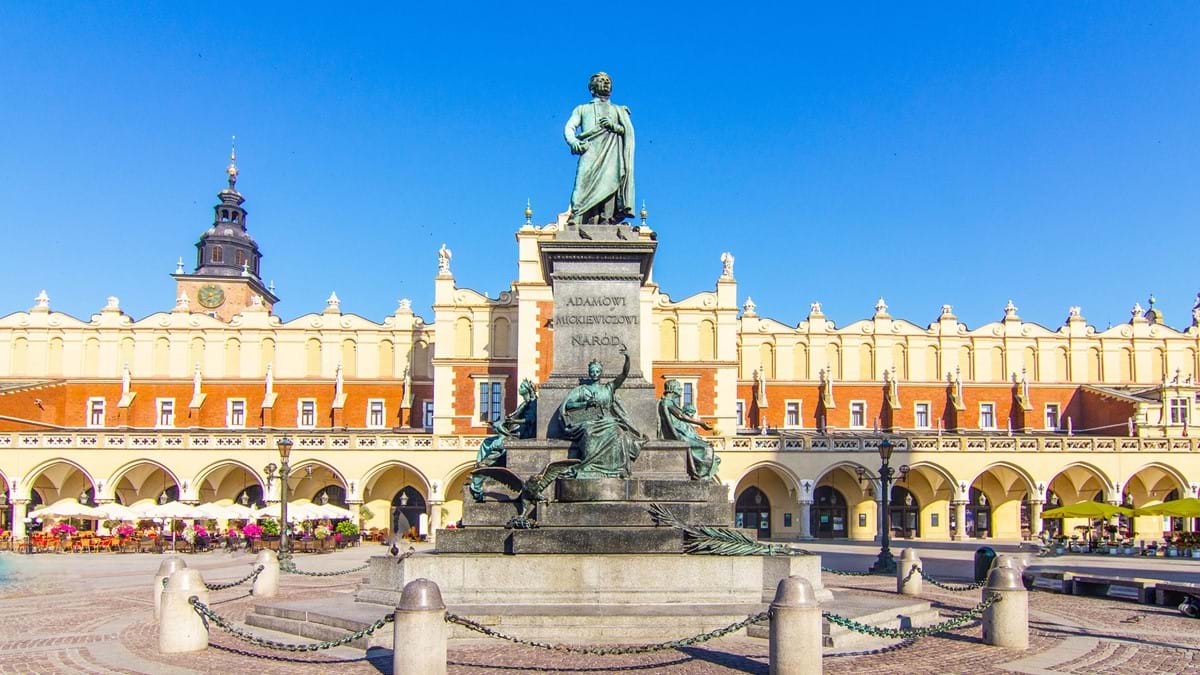 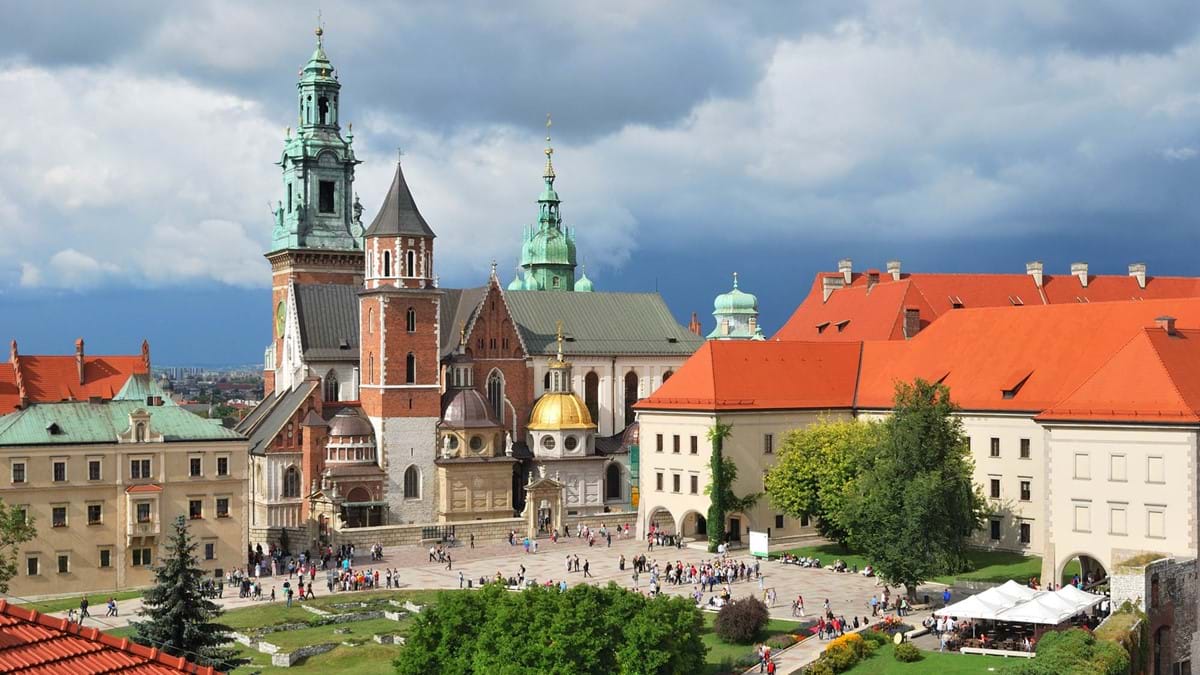 Food and Drink in Krakow 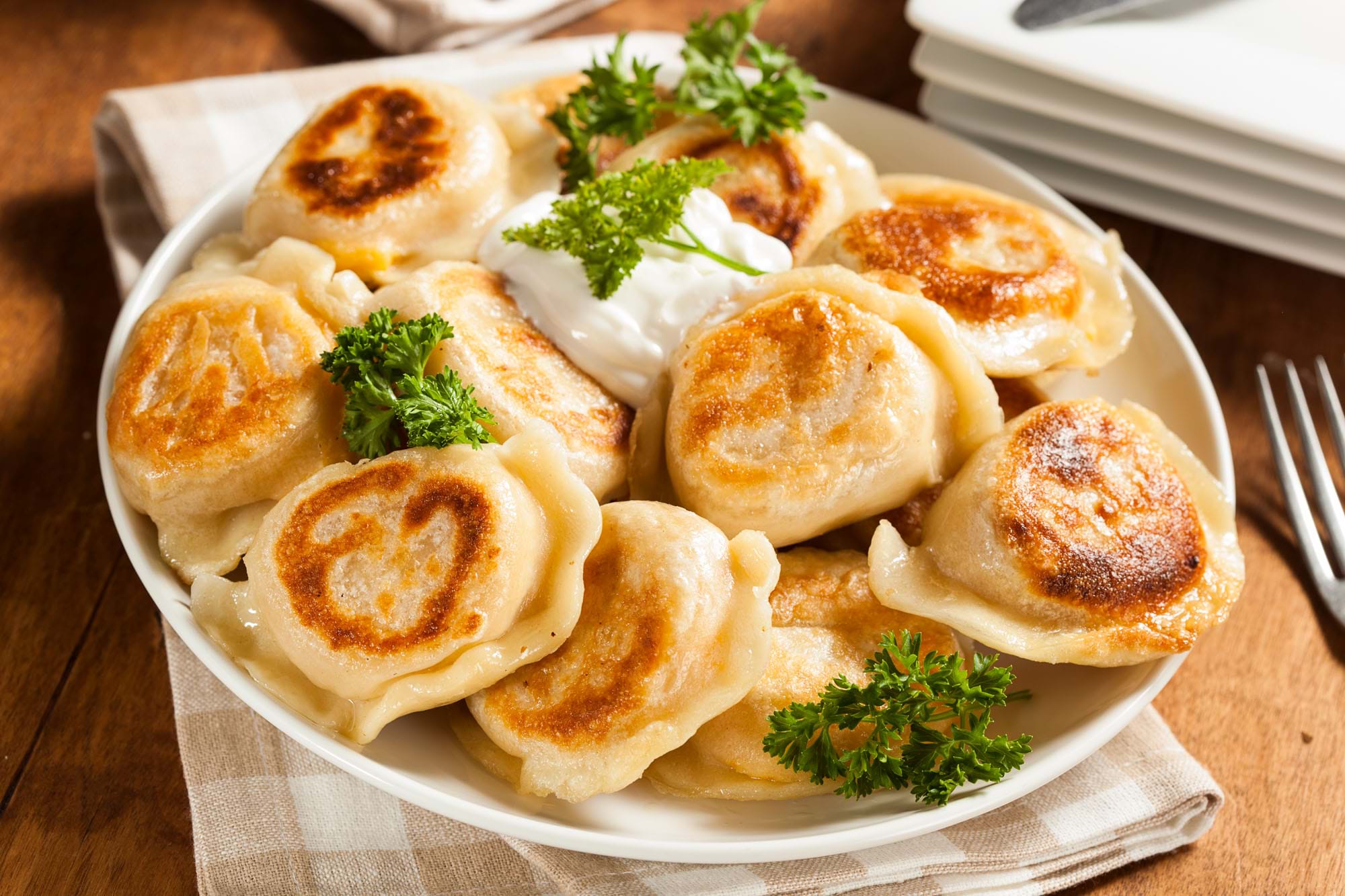 A visit to a new city often provides ample culinary experiences, and Kraków holidays are certainly no exception. The food scene here is well and truly buzzing, and there is a wide variety of eateries across the city, though the Old Town and Kazimierz are particularly full of bars and eateries. Alongside international and modern cuisines, there is of course the chance to sample traditional Polish dishes. When it comes to tasting the local fare, Kraków tours usually start with the country's national dish: pierogi. You can find these delicious dumplings seemingly at every turn across the city, usually filled with meat and sauerkraut, potatoes or cottage cheese. Other delectable local dishes include schabowy; breaded fried pork chop served with mashed potato and cabbage, zapiekanka; Poland's pizza equivalent, and obwarzanek; a huge pretzel usually found at food stalls on the street. If you've got a sweet tooth, be sure to try krówki; a very popular small fudge, and there is also a happy abundance of ice cream flavours to try; the locals are extremely fond of it! When it comes to an after dinner drink, there are plenty of options to choose from. Whether you see yourself sipping wine in a bar set inside a historic building, or sampling the local vodka, Kraków will not disappoint.