Join us on a holiday to Iceland

Take a tour of Iceland, to the Land of Fire and Ice, and witness some of Mother Nature’s most incredible achievements. Discover a startling landscape of rumbling volcanic fields and bubbling thermal pools, plunging waterfalls and spouting geysers, distant glaciers and sparkling ice caves.

The Nordic island country of Iceland lies just below the Arctic Circle, in the middle of the North Atlantic.

Although remote, Iceland is one of the world's top travel destinations. And it is also perhaps one of the few places in the world really deserving of its description as a ‘natural wonderland’, a place where all the Earth’s natural power and beauty are revealed in the surrounding landscape.

Explore the country’s vibrant capital, Reykjavík, set on a headland jutting into the crystal-clear waters of Faxaflói Bay. Lying between the mountains and the sea, Reykjavík is the world’s most northerly capital, situated almost on the Arctic Circle, and with its colourfully-painted wooden houses, it presents a wealth of sights for nature lovers and lovers of art and culture alike.

Make the most of your tour to Iceland by taking the famous Golden Circle tour, which includes visits to Þingvallavatn, Iceland’s largest freshwater lake, and to the extraordinary sight of Þingvellir, where the world’s oldest national parliament, the Alþingi, was established in 930AD. The tour will also include a visit to the stunning Gullfoss waterfall, one of Iceland’s most beautiful natural wonders.

Elsewhere, immerse yourself in Mother Nature’s most startling spectacles, from the multihued igneous mountains and lava fields of Landmannalaugar National Park, and the spectacular Skaftafell Ice Cave at Vatnajökull National Park, to one of the most powerful waterfalls in Europe, the Dettifoss Waterfall.

Visit in the summer and take in the phenomenon of the midnight sun’s golden and pink hues as you experience 24-hour sunlight. Or perhaps take in some of the country’s most interesting towns and villages. Visit Akureyri, the largest town outside the capital, and renowned for its beauty. The north-western town of Ísafjörður invites its visitors to see some of the oldest timber-frame houses in Iceland at the Westfjords Heritage Museum. On the opposite end of the map is the charming and quirky town of Seyðisfjörður, with its Waterfall Lane of over 20 sparkling cascades and the snow-capped mountains that provide a stunning backdrop for the town’s colourful wooden houses.

Book one of our tours to Iceland, and prepare to discover some of the planet’s most extraordinary scenery. 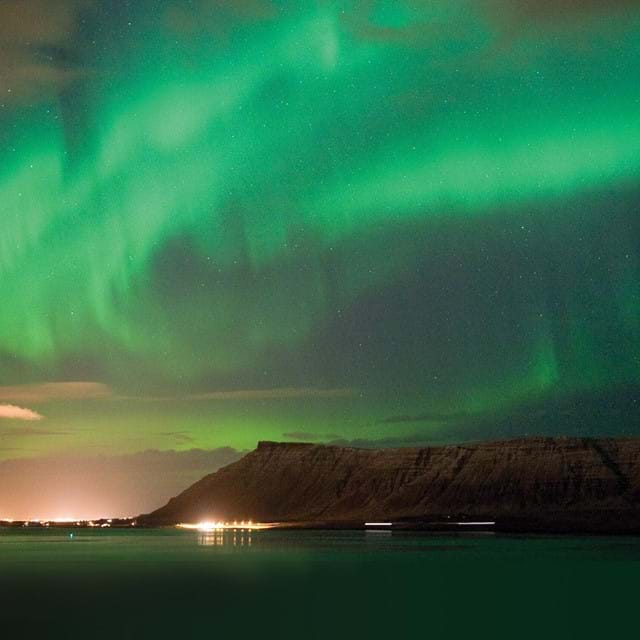 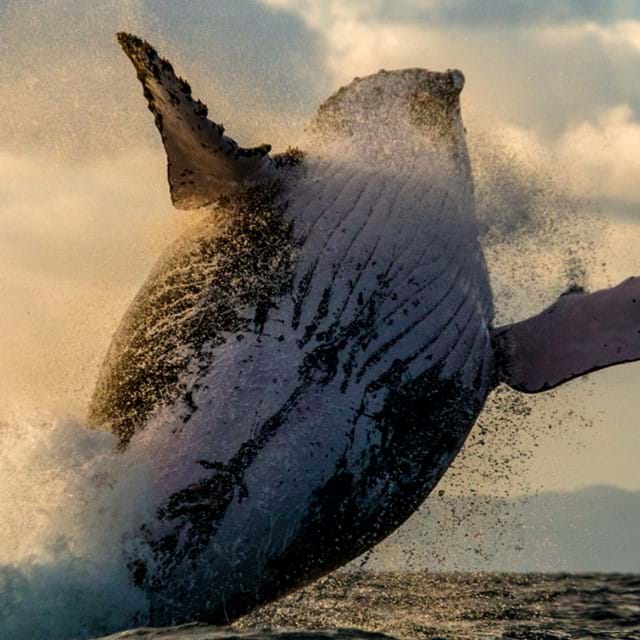 Things to see in Iceland 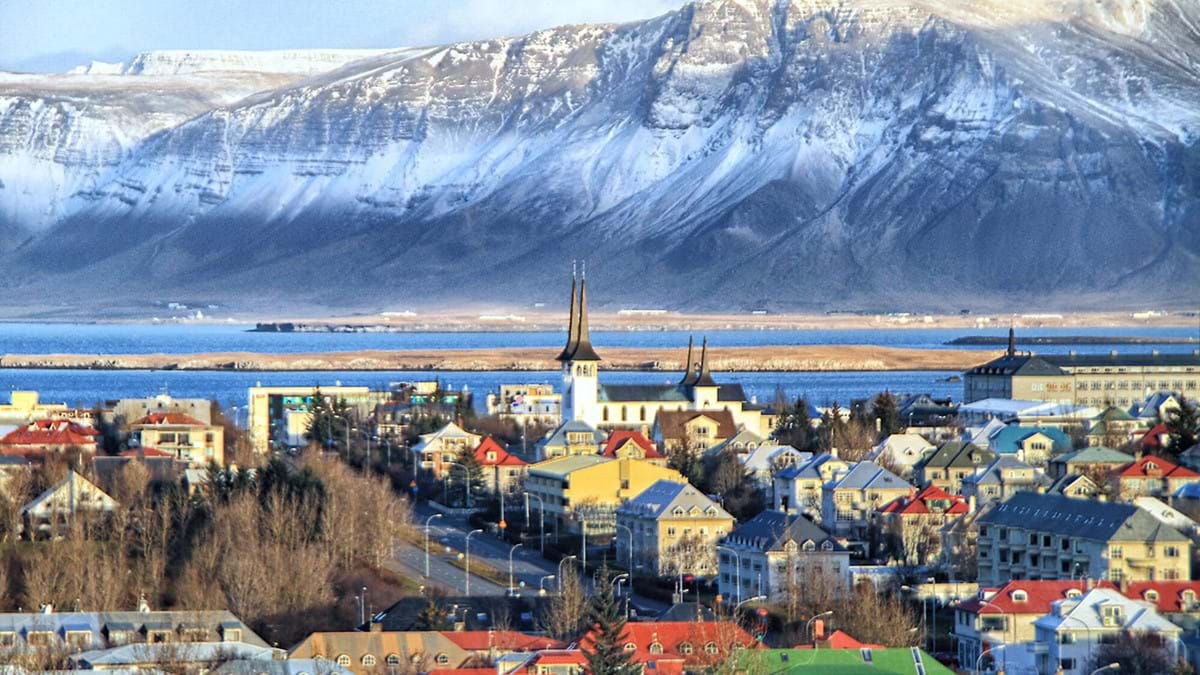 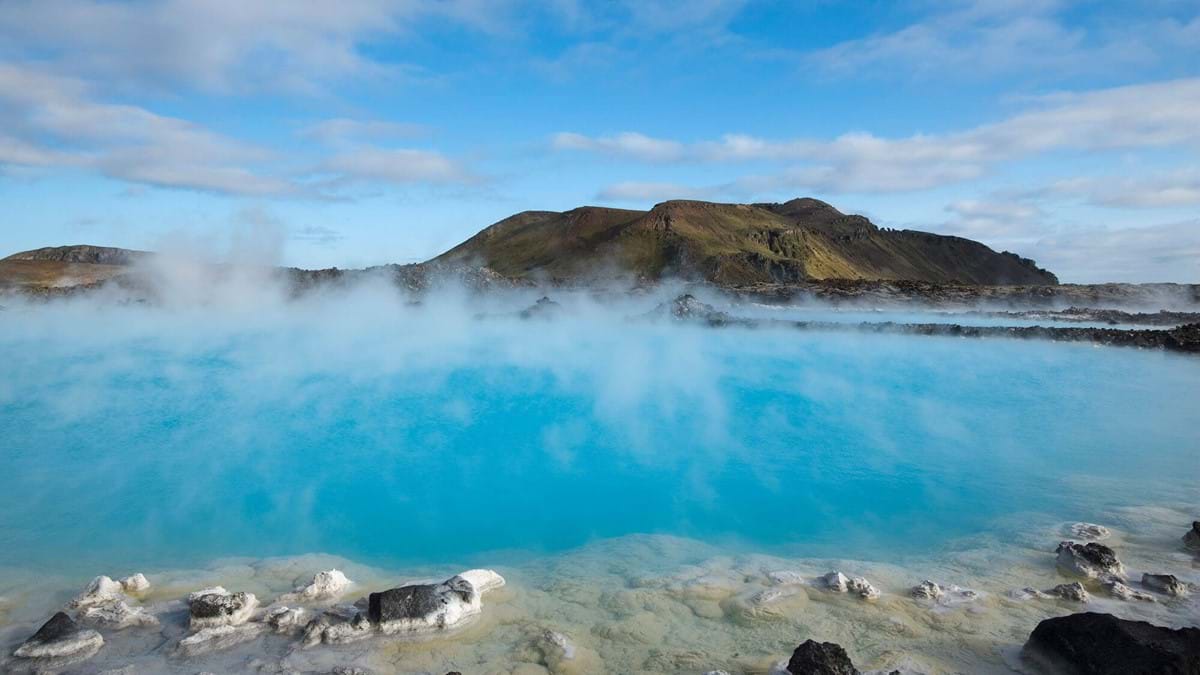 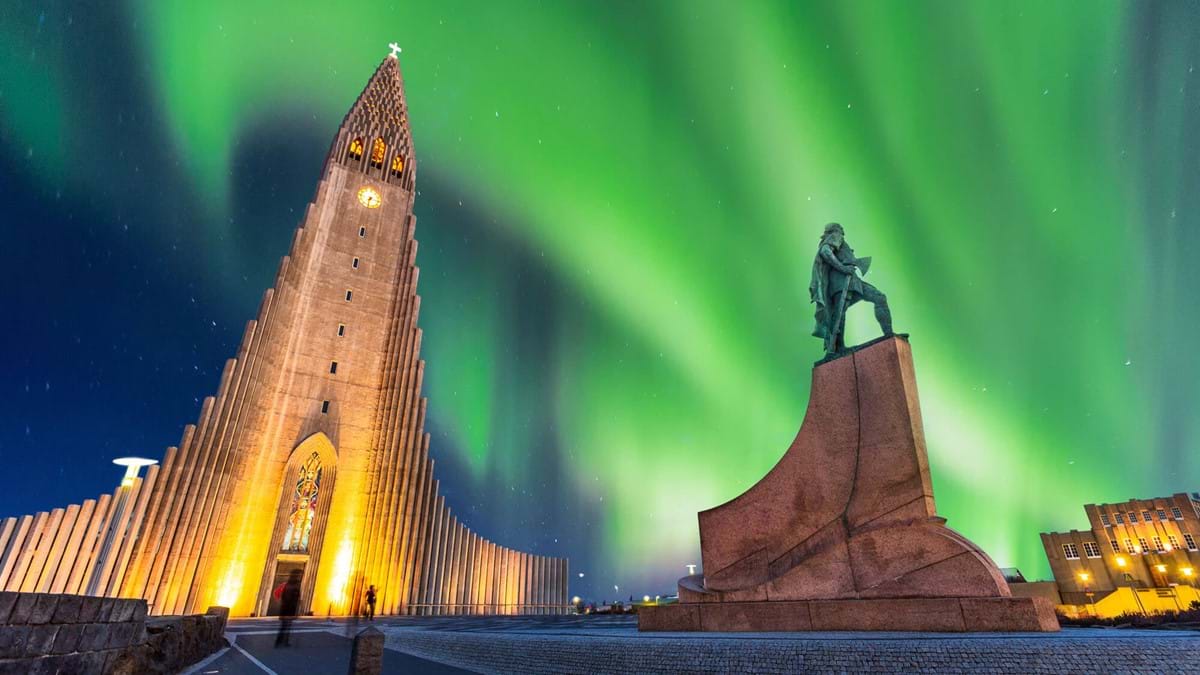 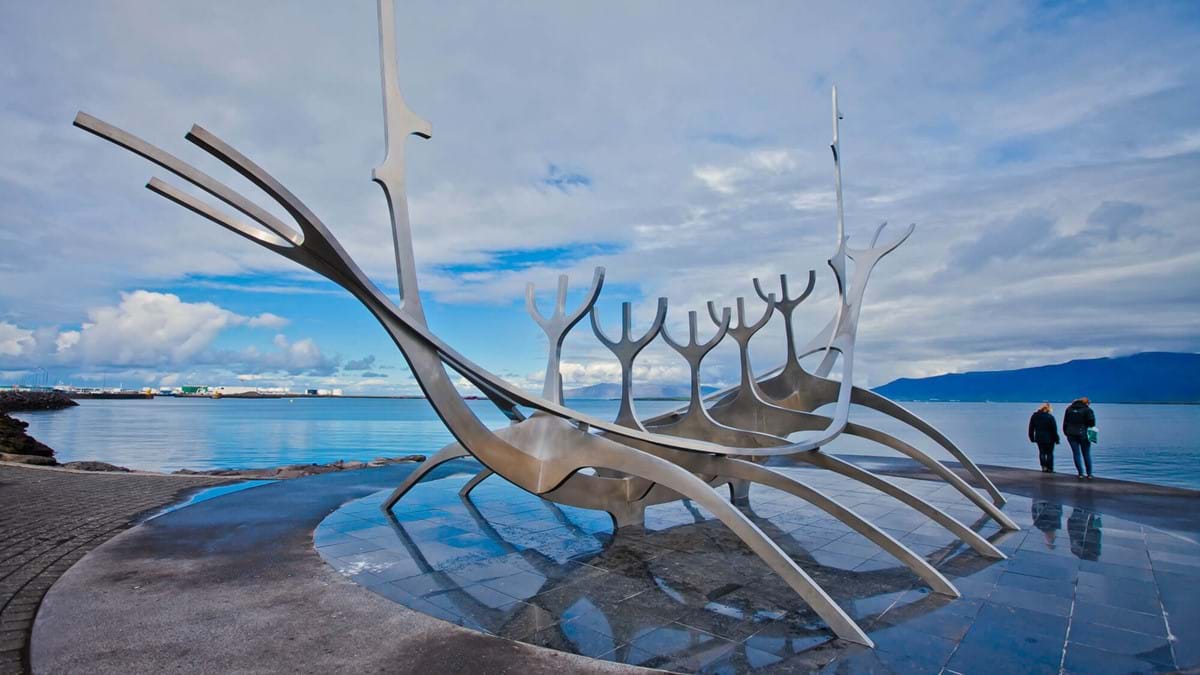 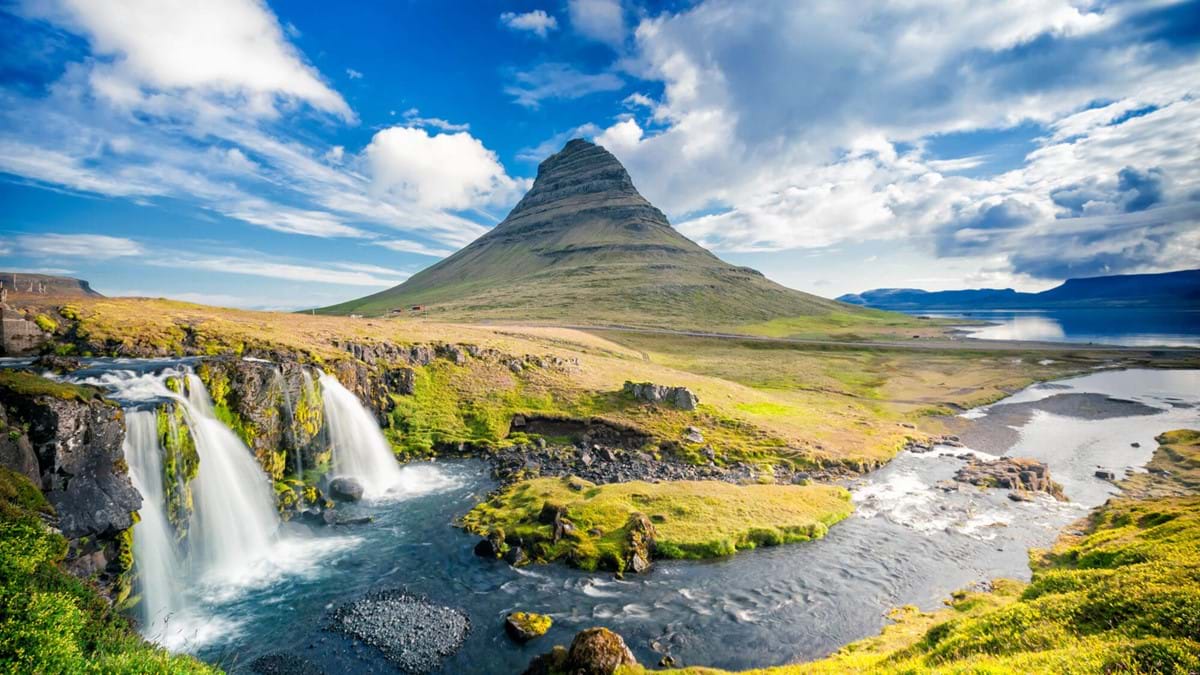 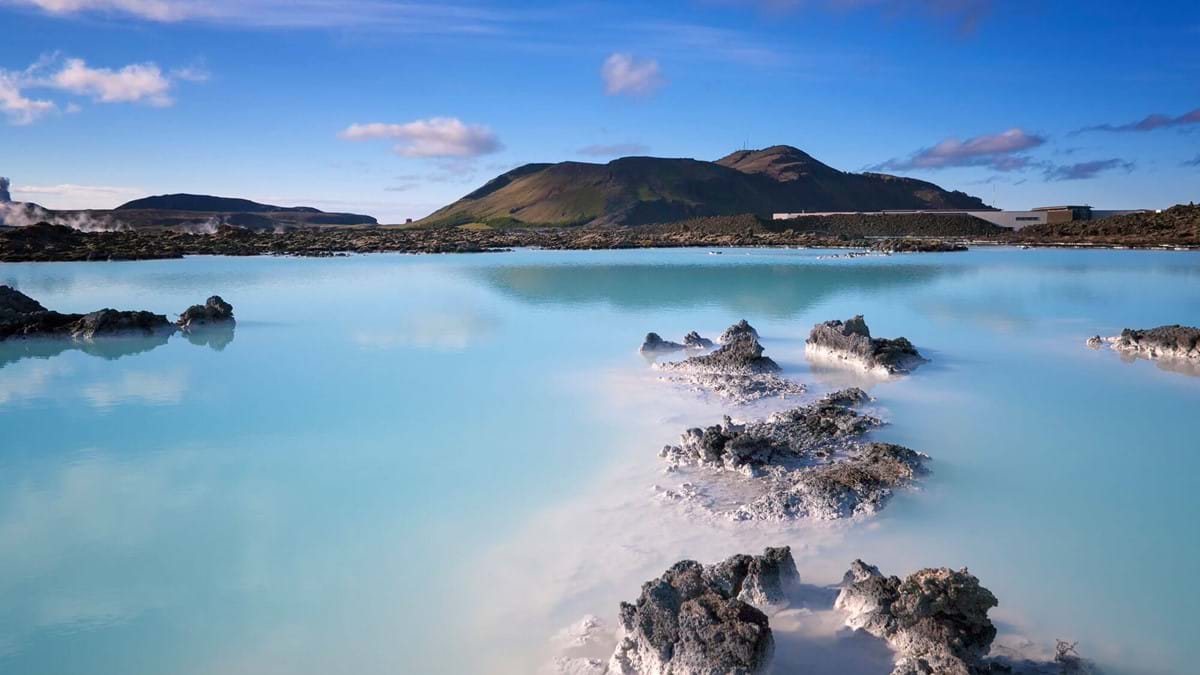 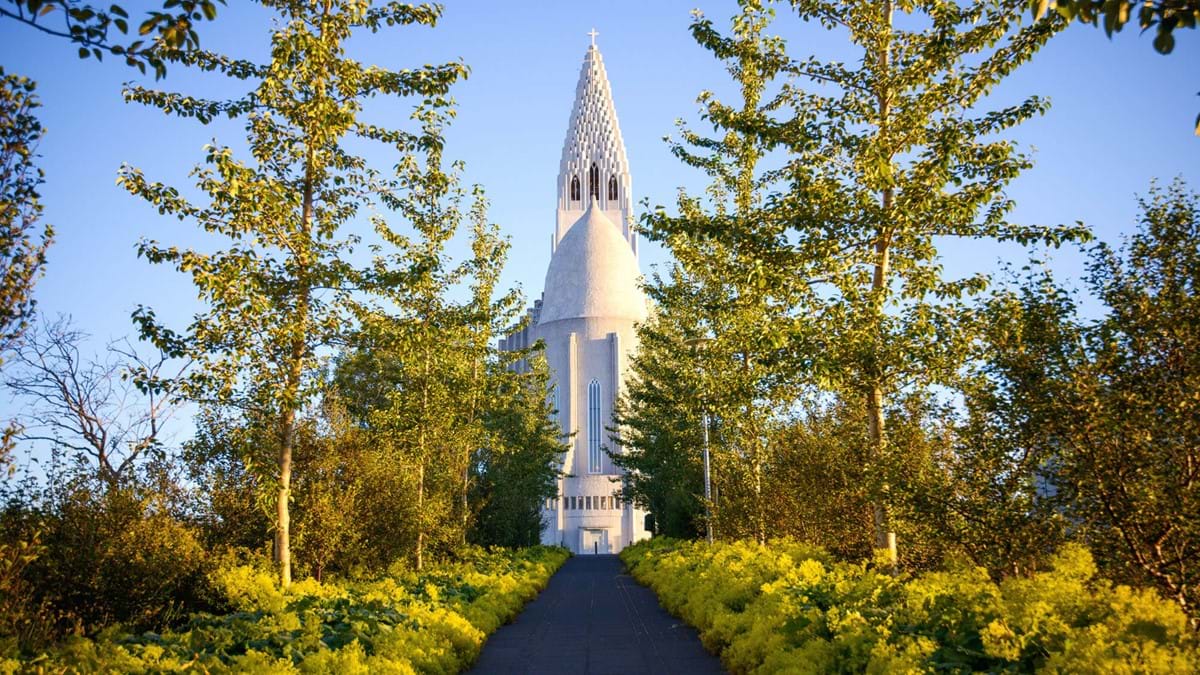 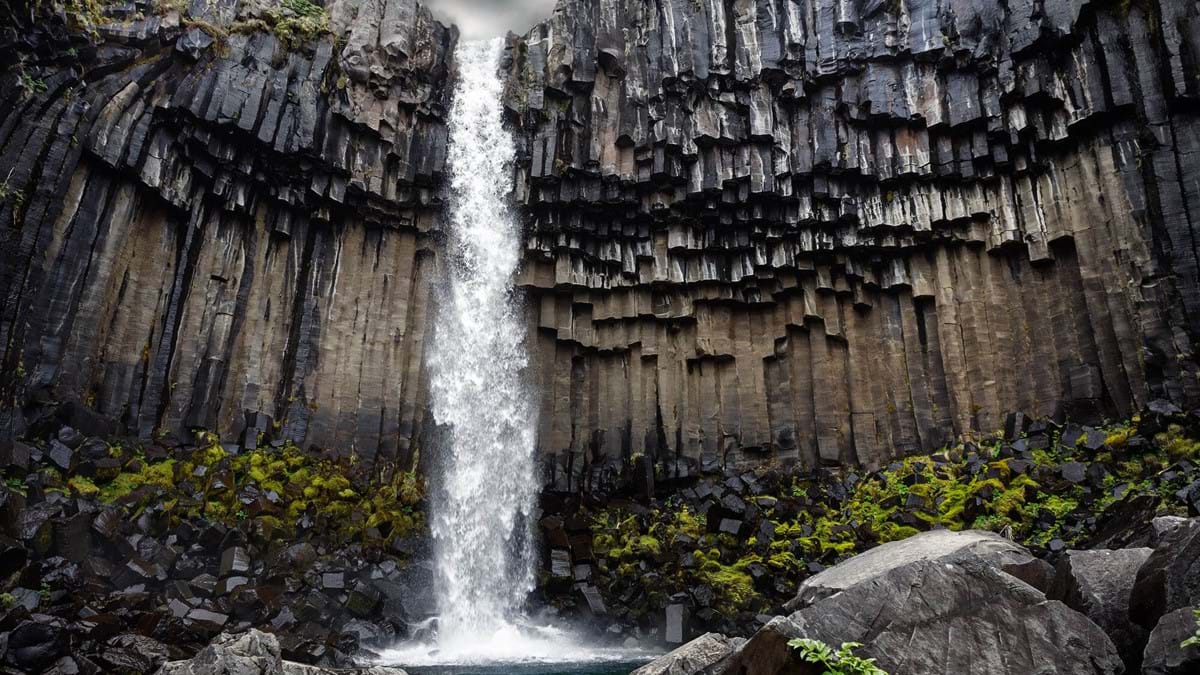 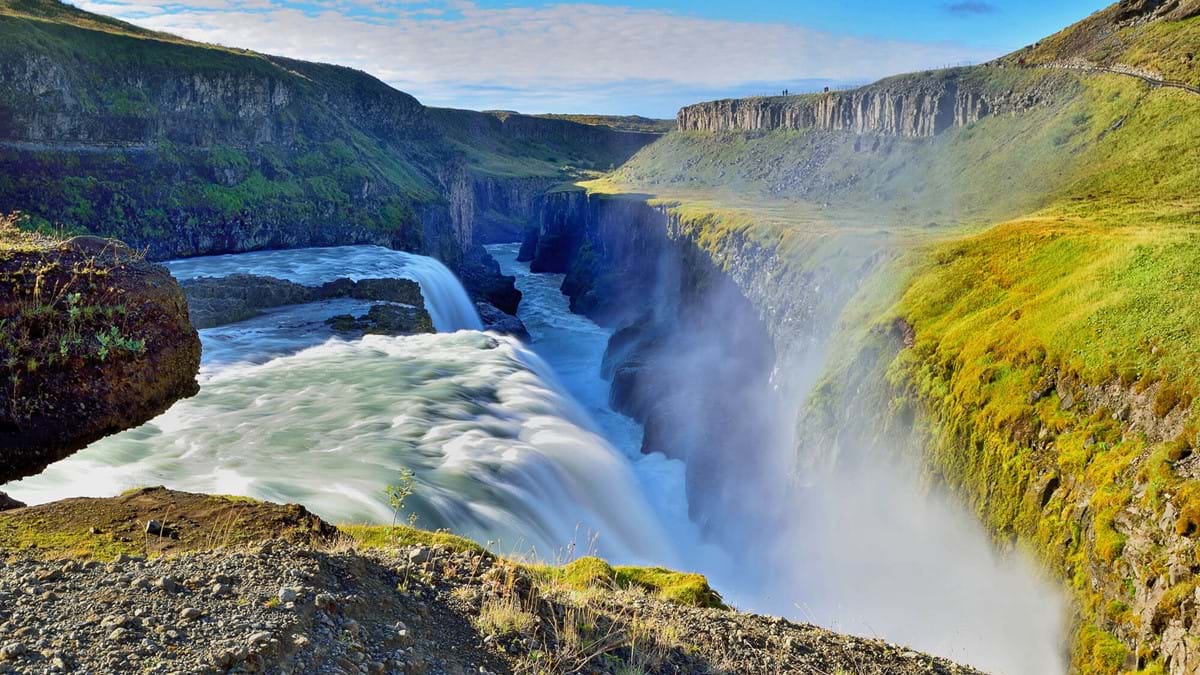 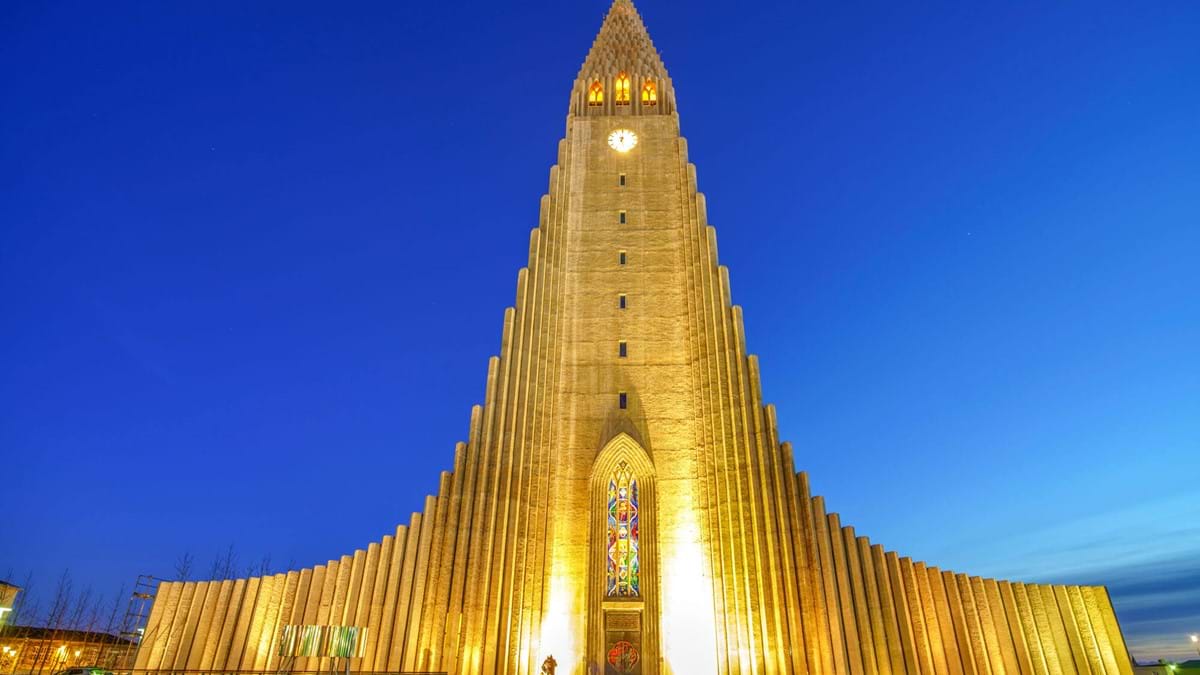 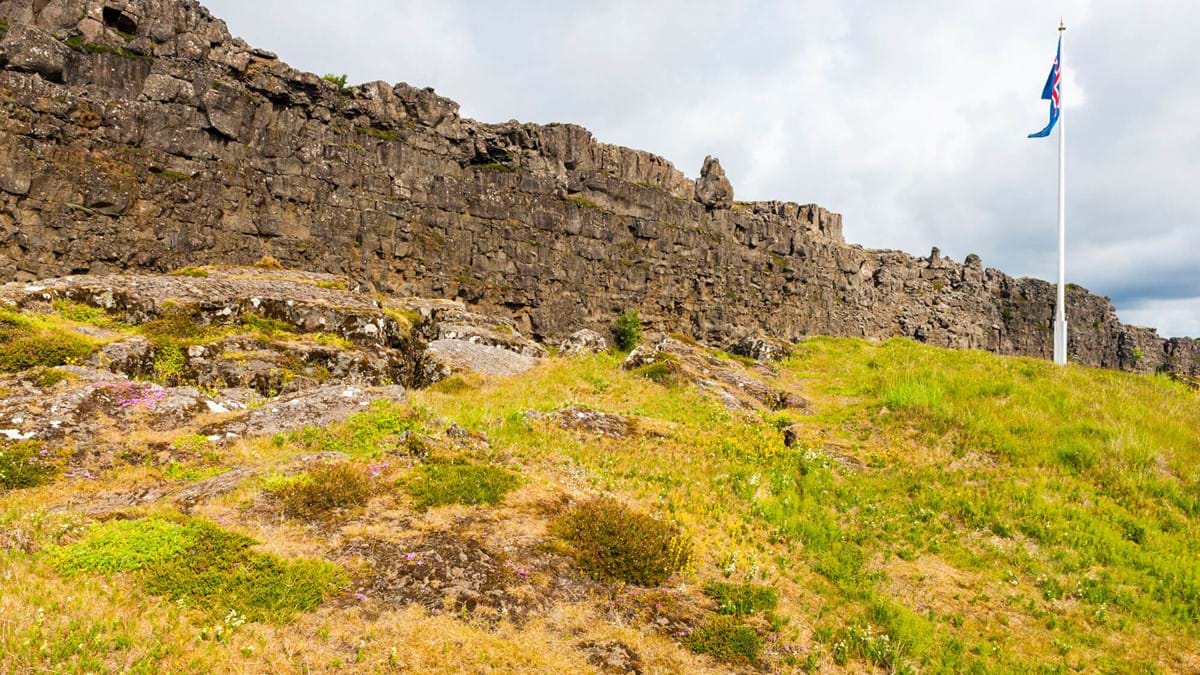 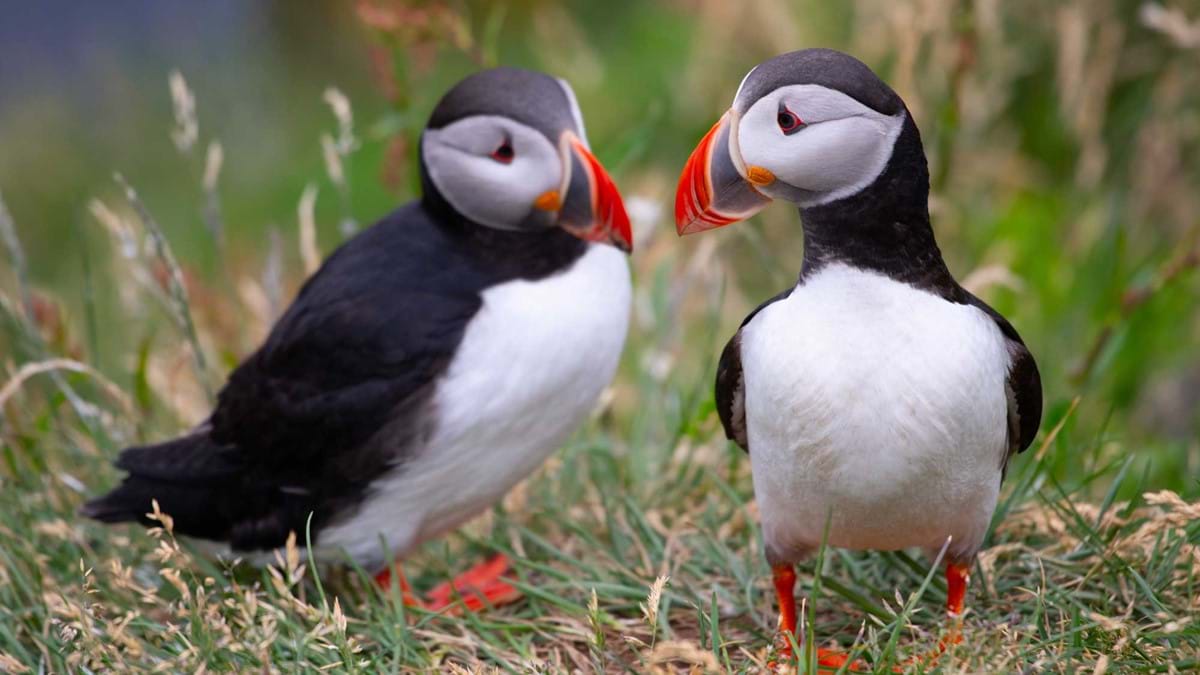 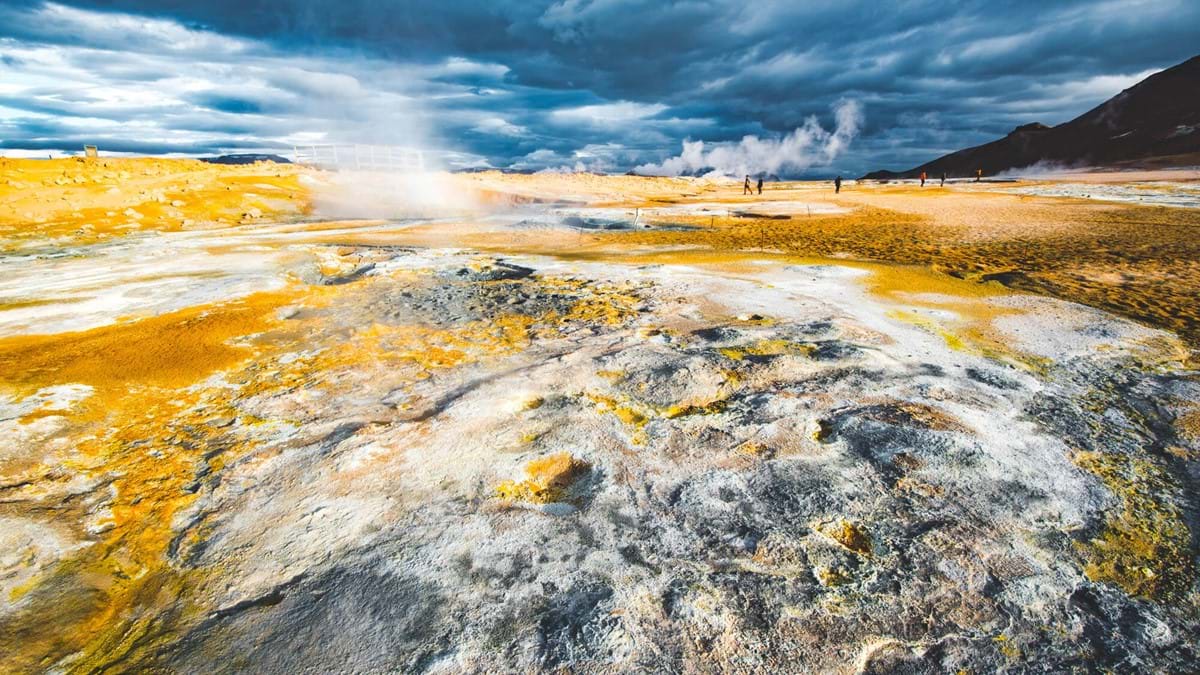 Over the years, Reykjavík has undergone significant change, from being a Viking stronghold, to a quaint fishing village, to being a city drawing visitors from all around the world.

Things to do in Iceland

Iceland is a country blessed with plenty of striking and contrasting landscapes, giving its visitors plenty to see and do. We have listed the top three things to do on your holiday in Iceland. 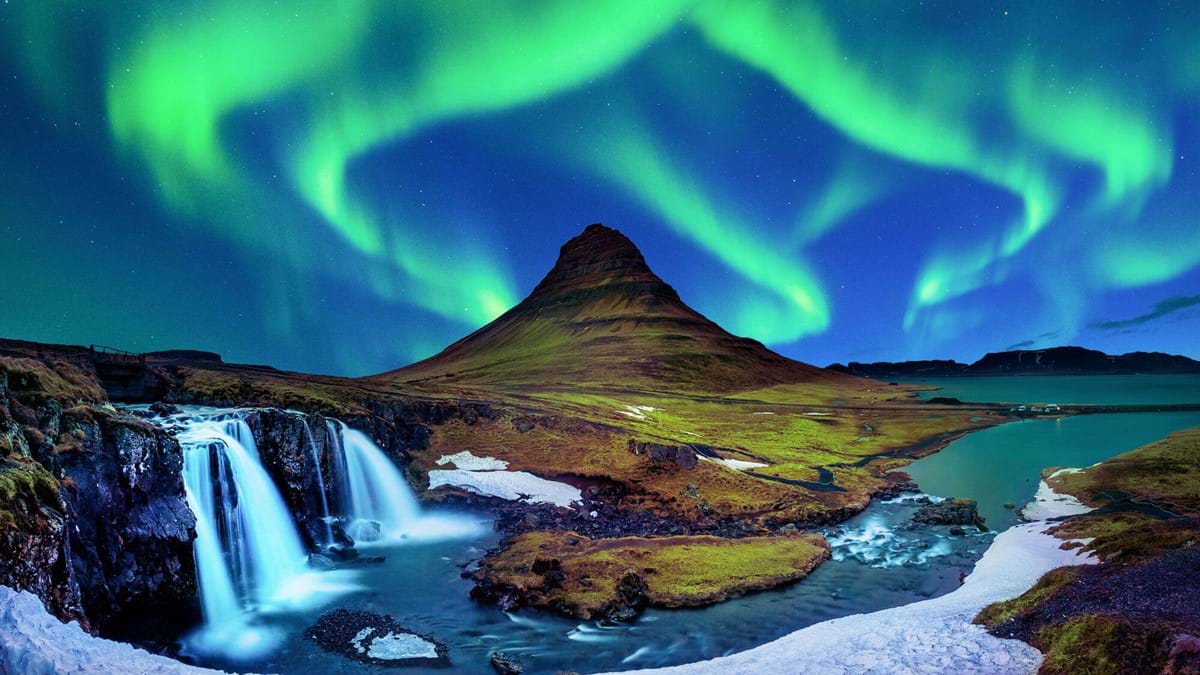 Go in search of the awe-inspiring Northern Lights, the celestial wonder that has inspired and awed generations, and which, if witnessed, are a never-to-be-forgotten sight. 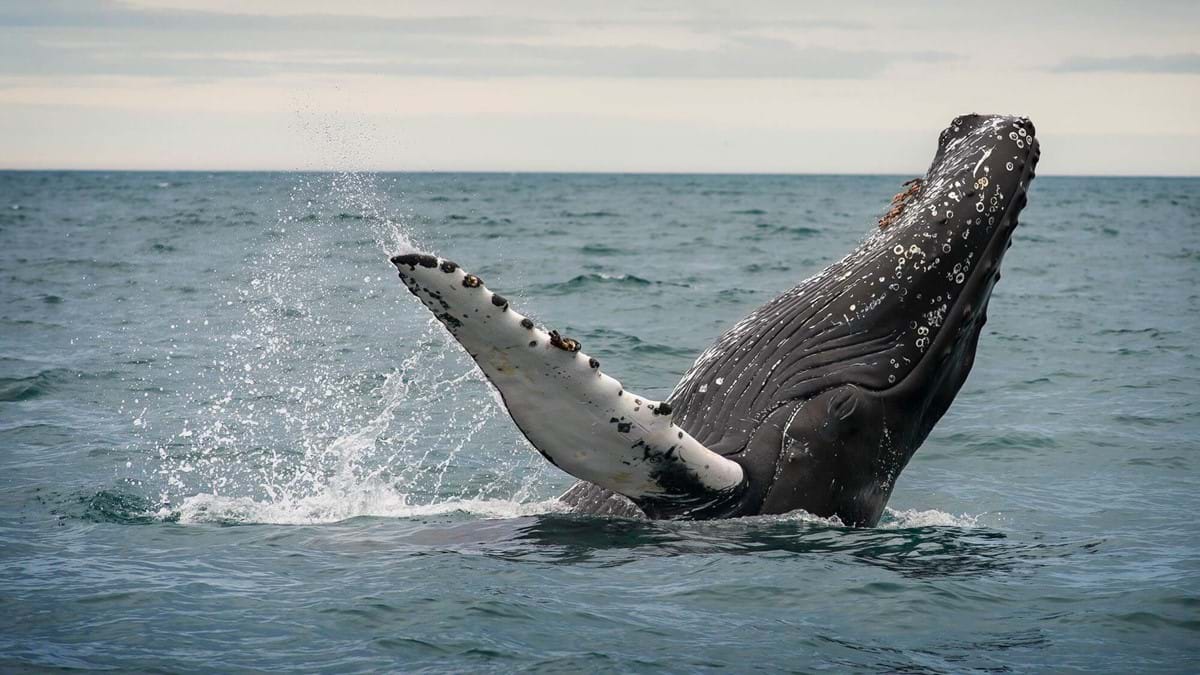 Take one of the island’s spectacular whale-watching cruises and see these fascinating animals up close. Although whale-watching happens all year, the beasts are best seen during the summer. If you can, opt for the whale watching tours from the Old Harbour in Reykjavík, Húsavík, or Akureyri. 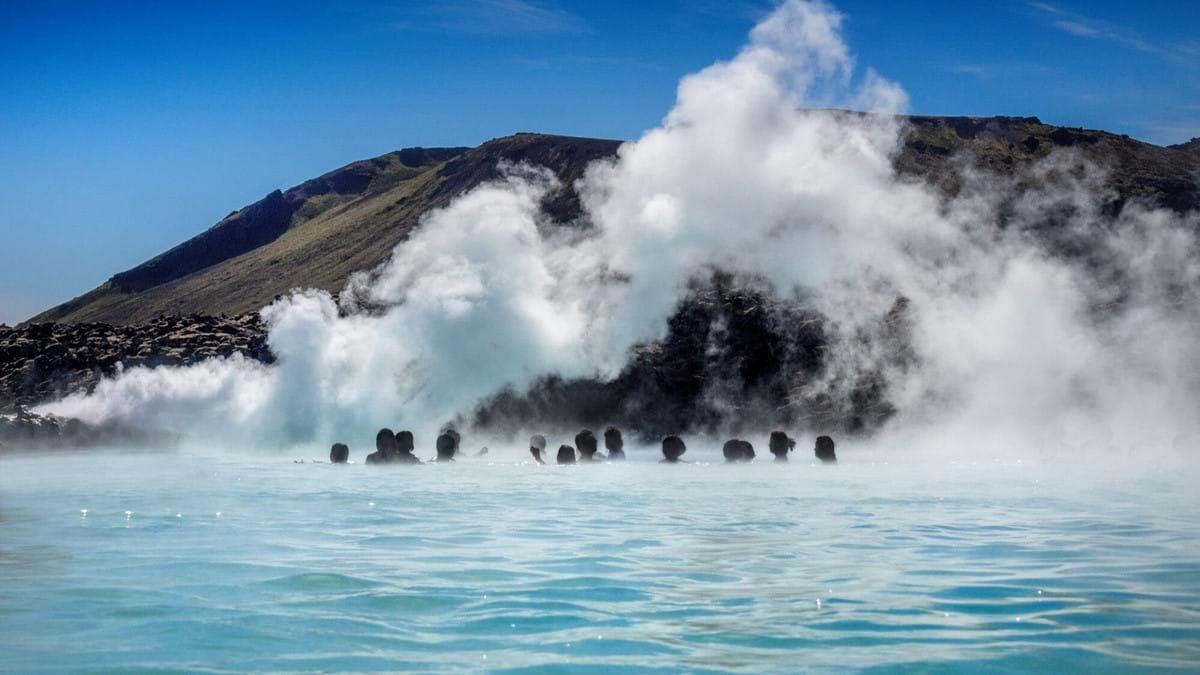 Relax in a natural hot spring or in one of the country’s more luxurious geothermal spas. The Blue Lagoon is the most popular, located in a lava field near the capita, but you can visit the thermal waters of Landmannalaugar hot springs or The Secret Lagoon – Gamla Laugin, which is also the oldest swimming pool in Iceland.

Unsurprisingly, given that Iceland is surrounded by the ocean, fish and seafood are some of the most popular elements of Icelandic cuisine. 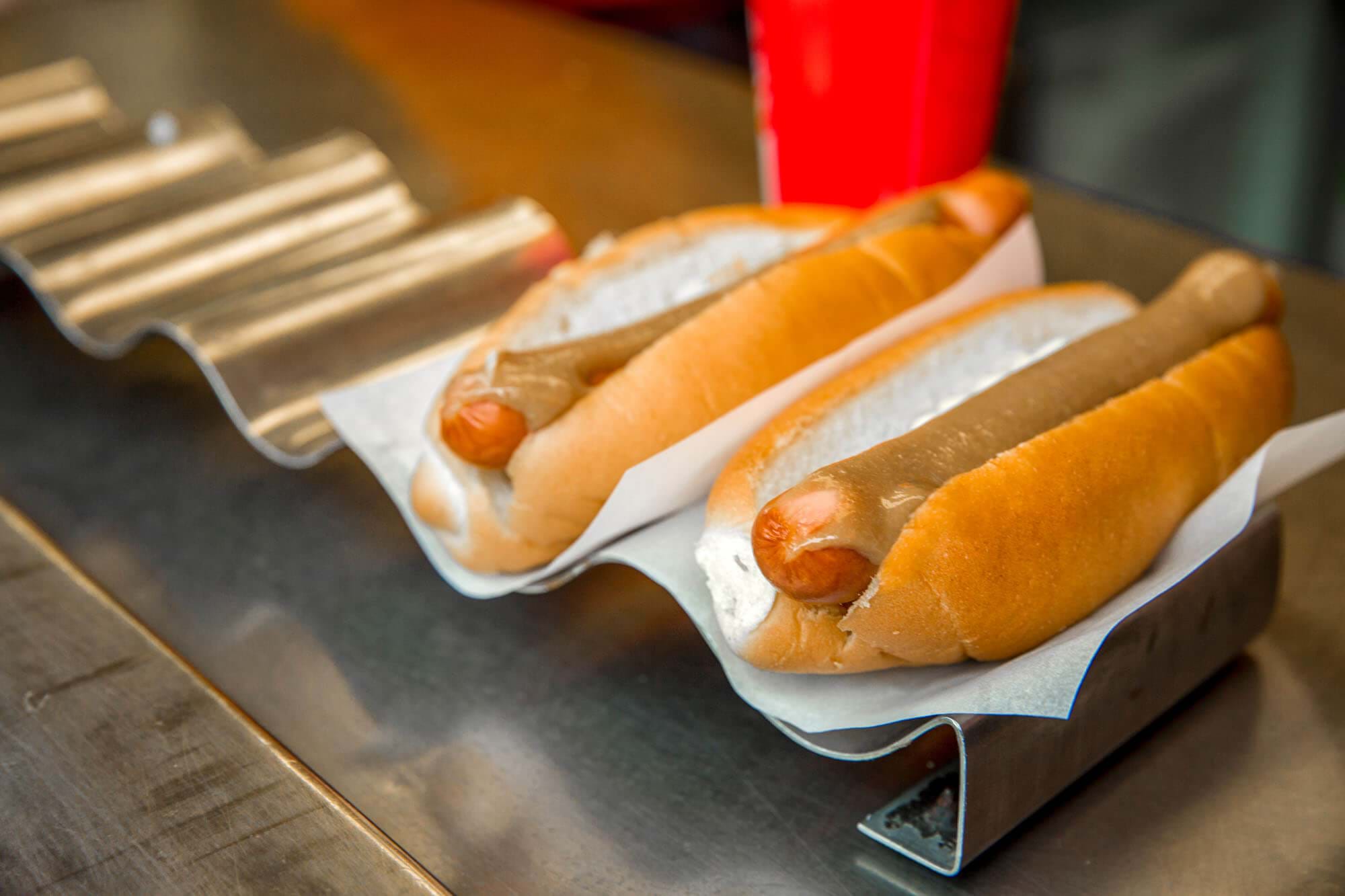 Cod, haddock, mackerel, and monkfish are available in most restaurants, hardfiskur (dried, salted fish) is considered a delicacy, and Icelandic fish stew is a national favourite in cold weather. This traditional, hearty meal combines fish, potatoes, onions and béchamel sauce and often served with rye bread.

Despite Iceland’s climate, a range of vegetables are farmed on the island. And beyond obvious cool-weather crops like potatoes, carrots and kale, the development of greenhouses heated with the island’s abundant volcanic energy has allowed Icelandic farmers to expand their output to include tomatoes, cucumbers and even bananas and grapes.

If you’re a committed carnivore, Icelandic lamb is a real treat that you don’t want to miss, and, like their Danish neighbours, Icelanders are particularly keen on hot-dogs (pylsur) which are found on street stalls everywhere, and eaten with ketchup, relish and onions. Finally, if you find yourself in need of a warming tipple, Brennivín is Iceland’s signature distilled beverage. This clear, unsweetened schnapps is also known as Black Death, and made from fermented potato mash seasoned with caraway seeds.

First time to Iceland? You might find these questions (and answers) useful...