JOIN US ON A HOLIDAY TO ALBANIA

Albania is one of Europe’s under-the-radar gems. Located on South-eastern Europe’s Balkan Peninsula, it was hidden behind the Iron Curtain for decades. Today, it welcomes curious visitors to its untapped sights.

In the north of Albania, nestled in a mountain-backed landscape of rolling hills, you’ll find the medieval town of Krujë. The village, on the hillside at the foot of the Mount Krujë, offers spectacular views of the landscape below. Once inhabited by the ancient Illyrian tribe of the Albani, Krujë is full of history and ancient traditions which still permeate the village today.

Albania’s national hero, George Castriot Skanderbeg was born in Krujë, but later made the capital, Tirana, his home, and he is still widely celebrated through the city. Spend time in Tirana exploring the sights and sounds of this marvellous place. Marvel at the giant statue of the Lord of Albania, as Skanderbeg is known, and wander through the bustling streets where the evening tradition of the xhiro promenade is enjoyed by both locals and visitors. Stroll through the ancient Ottoman bazaar, with its small boutiques and narrow cobbled streets where you’ll find hand-crafted curios, traditional clothing and antiques.

Away from the capital, you’ll find other treasures. See the Byzantine churches, the Red Mosque and the Onufri National Museum in the UNESCO-listed citadel of Berat, or perhaps take in the Greco-Roman city named for the god Apollo – Apollonia. You might also journey to beautiful Lake Skadar, which straddles the border between Montenegro and Albania. Drive, cycle or walk around the villages by the lake framed by snow-capped peaks. Enjoy the wild, untouched beaches and the beautiful mountains that dot this region, or head to Vlorë, and take in its fascinating museums, spectacular viewpoints and seafront promenade.

Take a holiday to Albania with Newmarket Holidays and discover its untouched jewels on an escorted tour.

Take in Albania's rich history and beautiful scenery on one of our escorted tours. 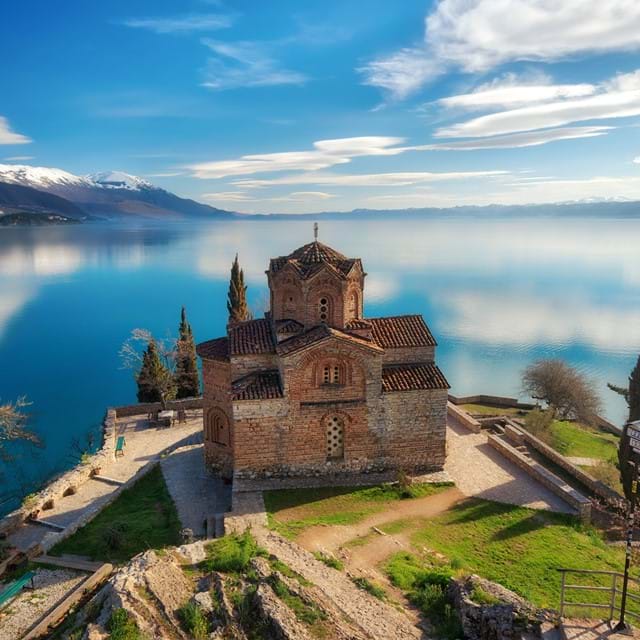 THINGS TO SEE IN ALBANIA 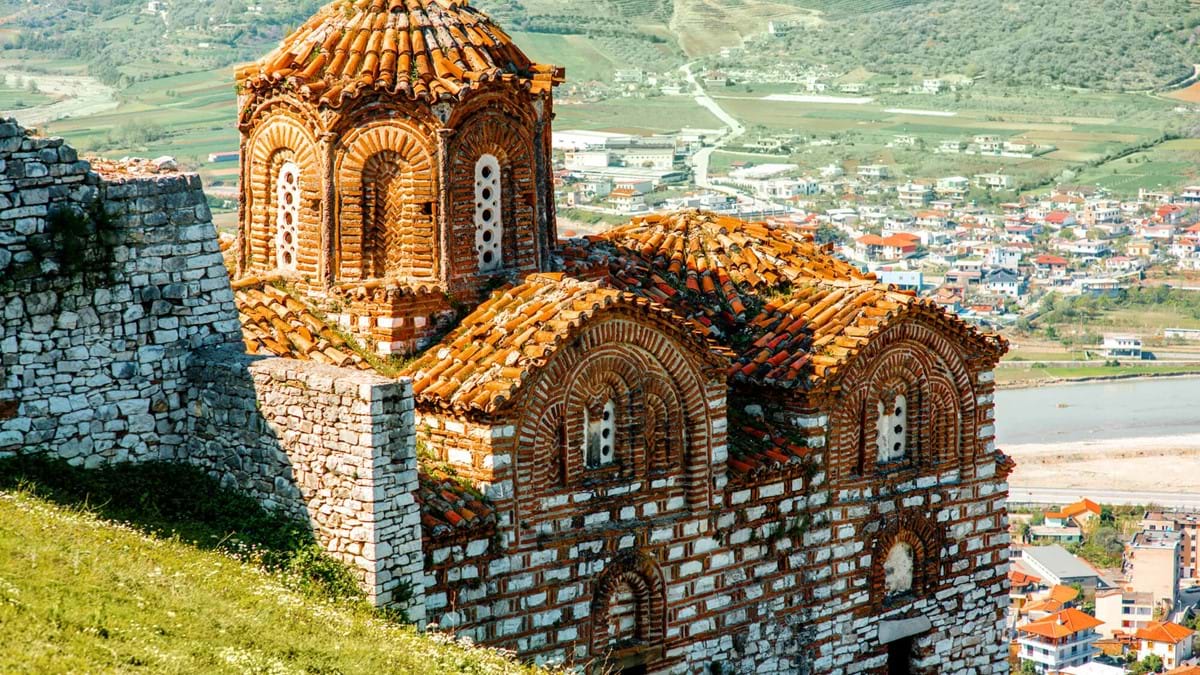 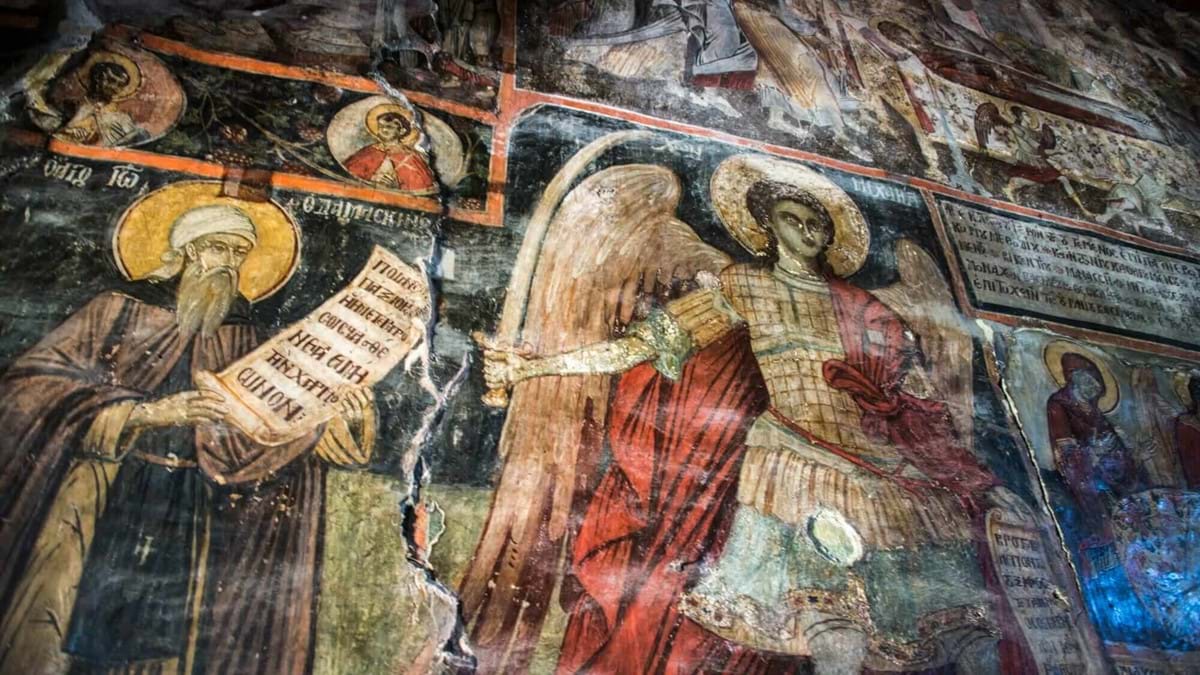 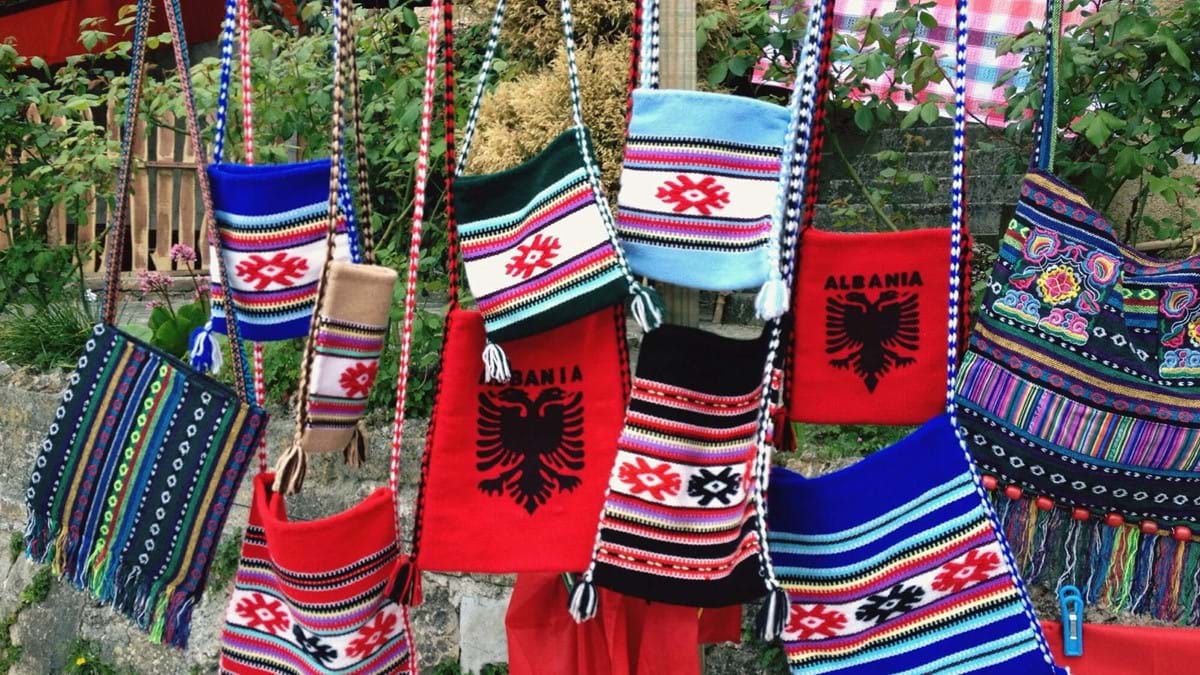 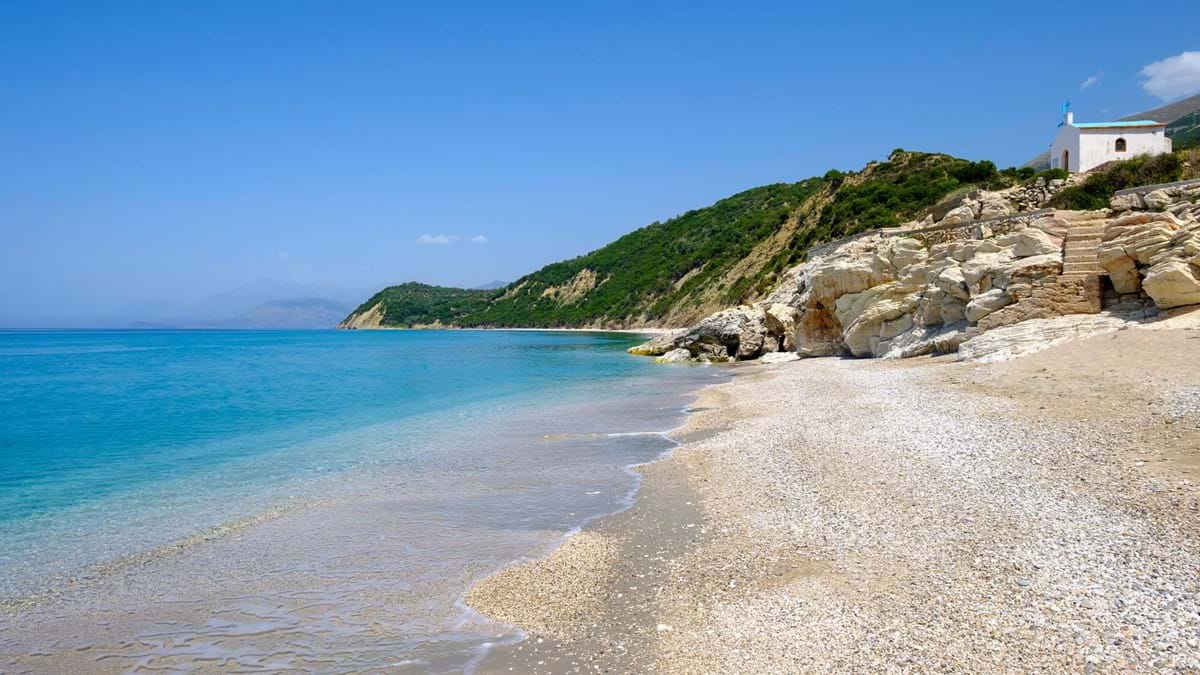 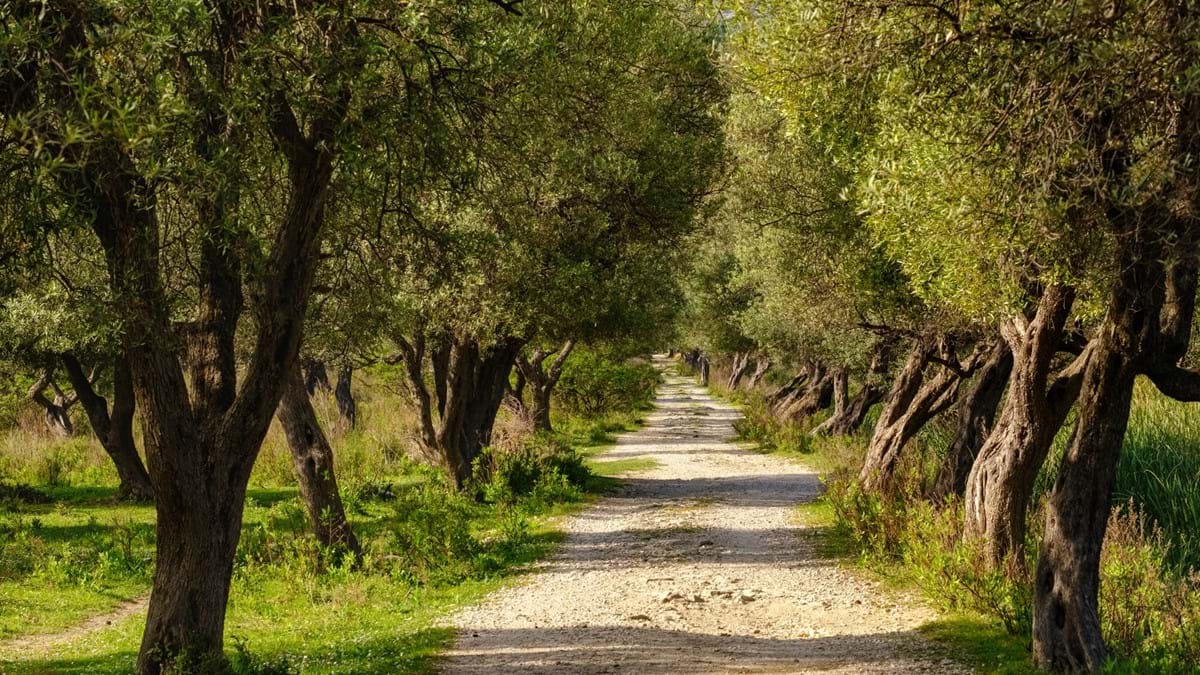 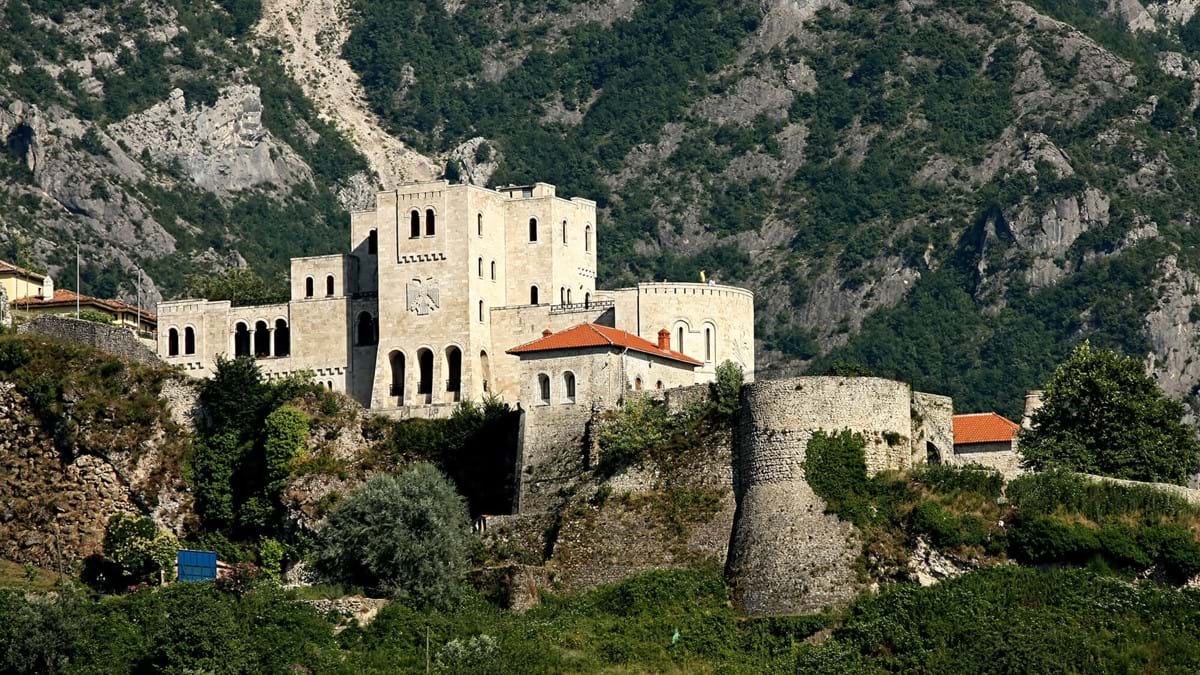 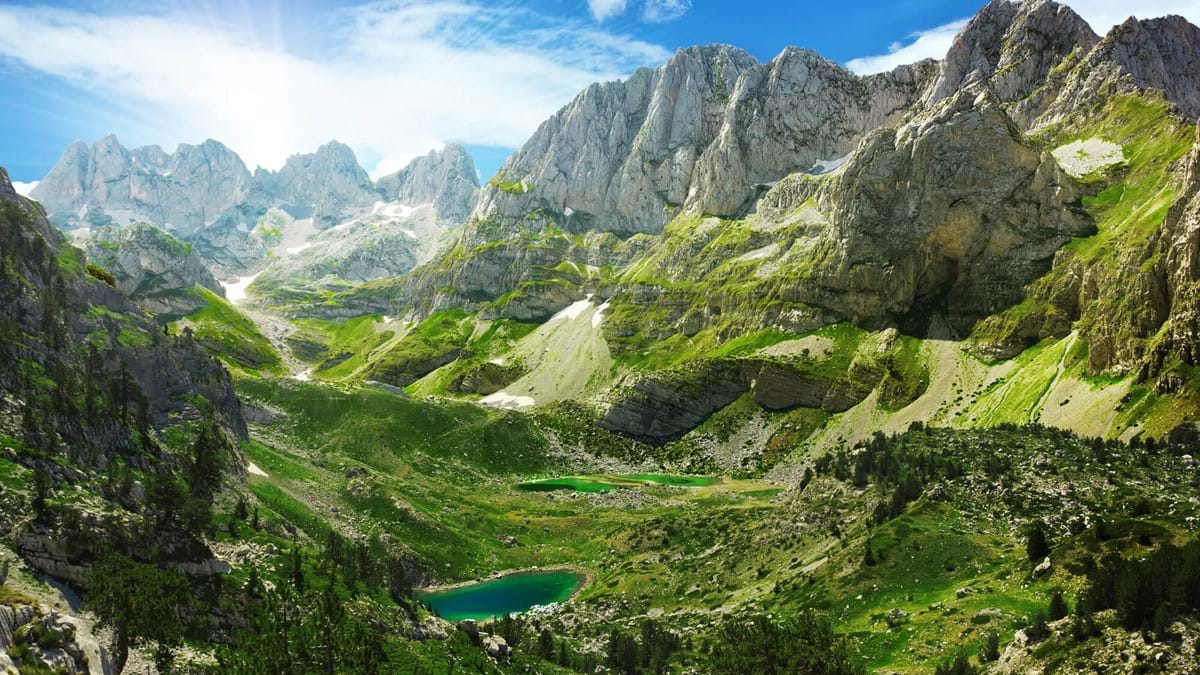 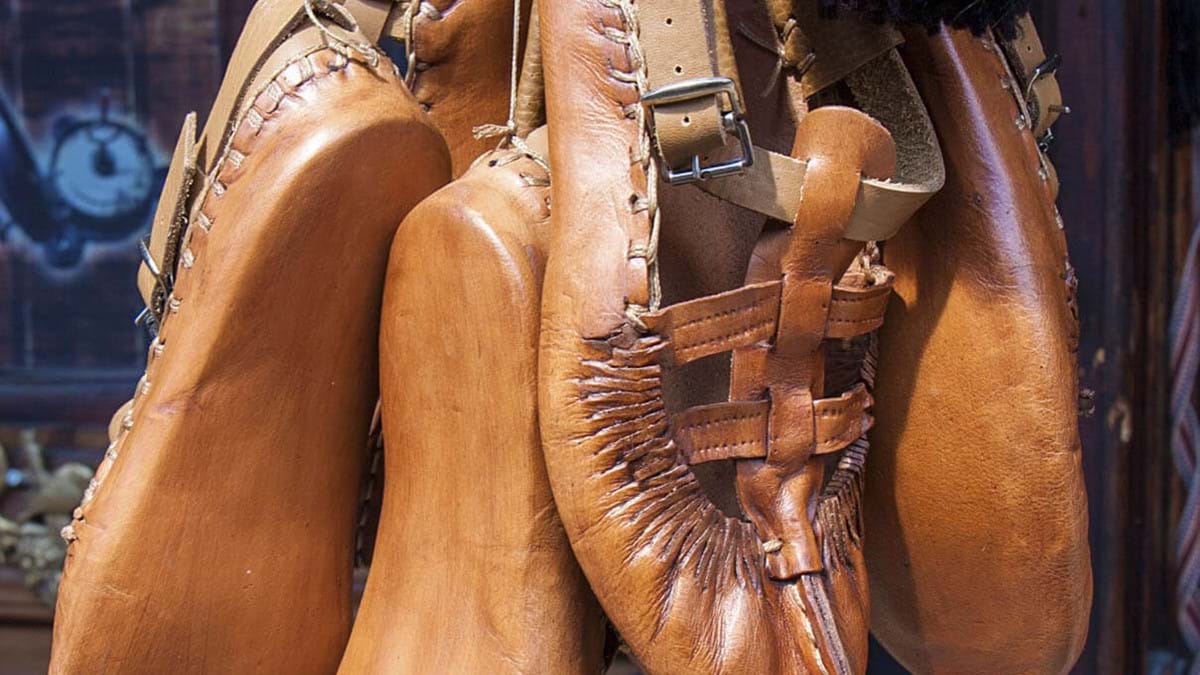 THINGS TO DO IN ALBANIA 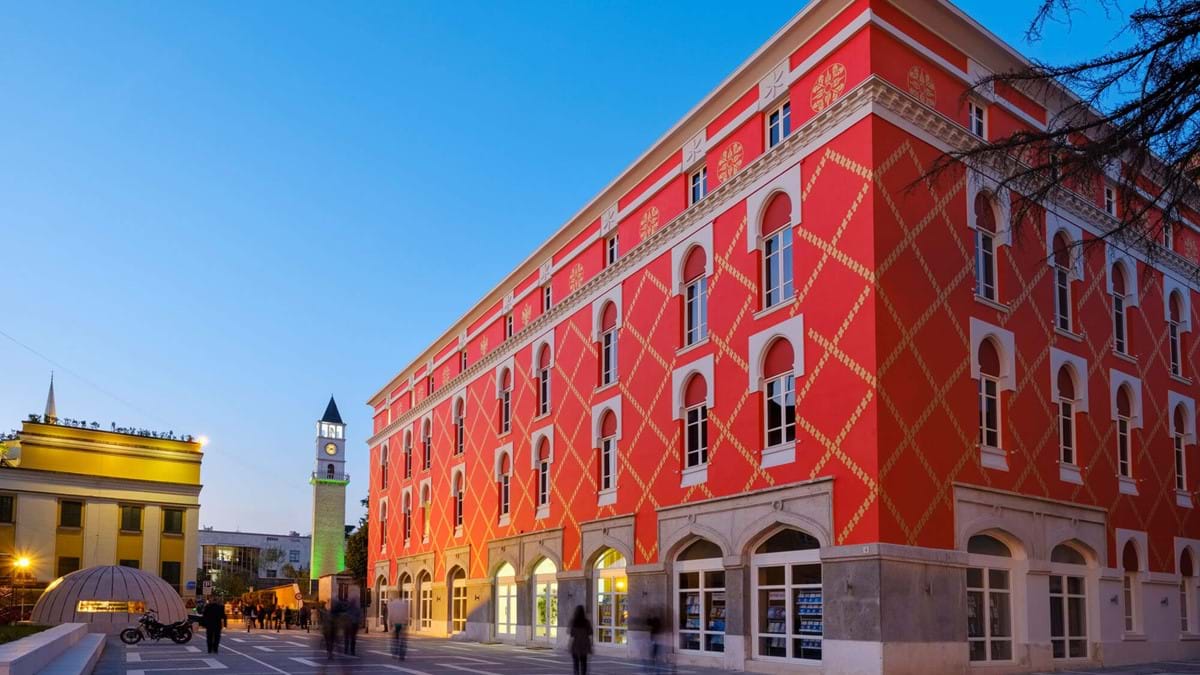 Take in vast Skanderbeg Square, in the capital, Tirana. See the clock tower from which you can enjoy striking views of the city, including several historic buildings and monuments. 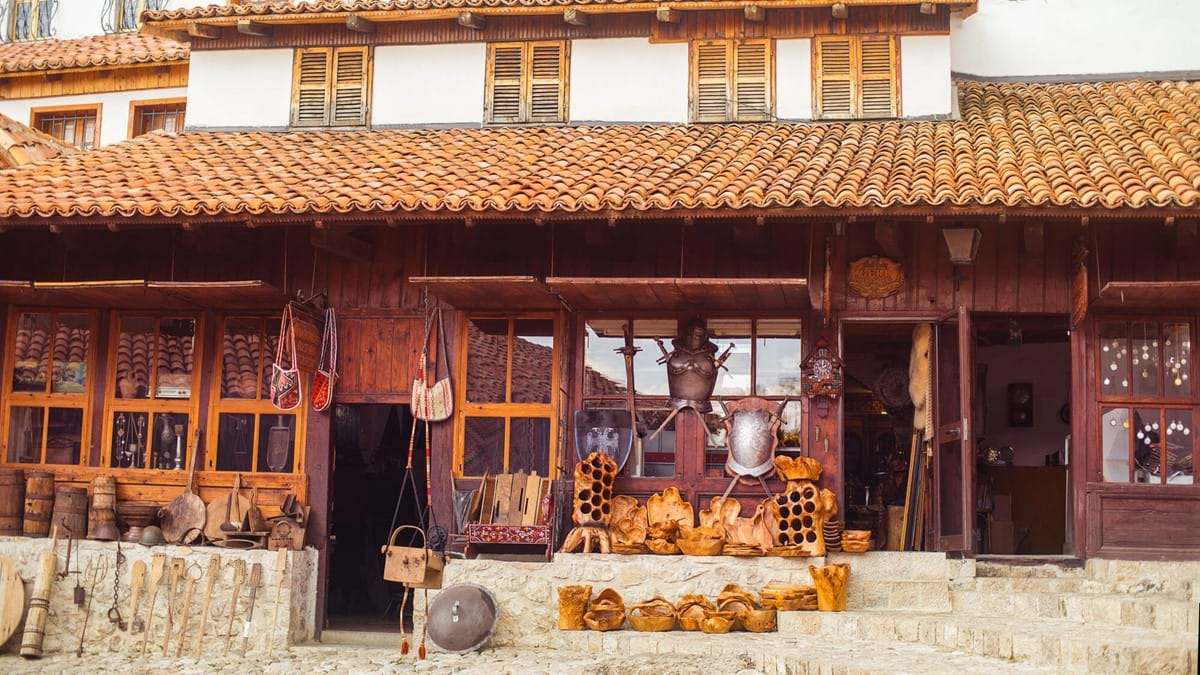 Explore the Citadel that dominates the medieval town of Krujë. Take the chance to visit the fascinating museum which chronicles Skanderbeg’s struggles. 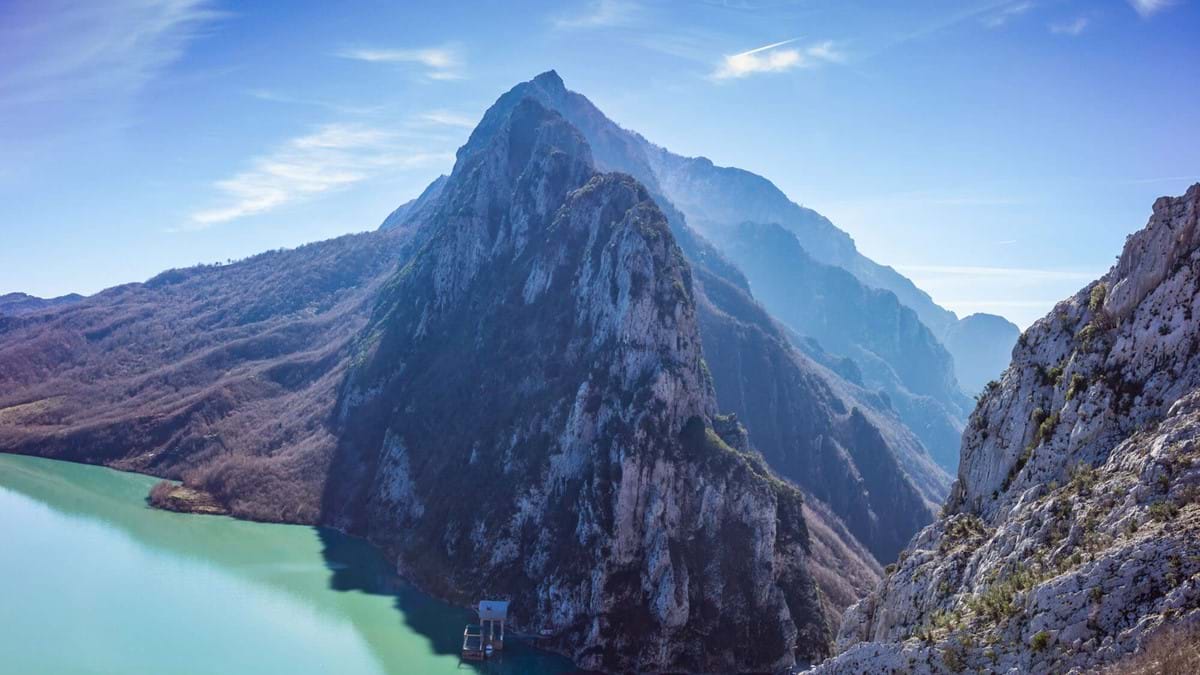 Head east across the country to sublime Lake Ohrid, one of Europe’s oldest and deepest lakes. Or perhaps visit Lake Skadar on the county’s southern border. The Albanian section of the lake has been listed as a nature reserve and a UNESCO-protected wetland.

The cuisine of Albania is at once typically East Mediterranean and surprisingly regional. You'll find influences from Greece, Italy and Turkey, and from Eastern Europe more generally, and dishes focusing on locally produced fresh vegetables, meat and dairy in particular. 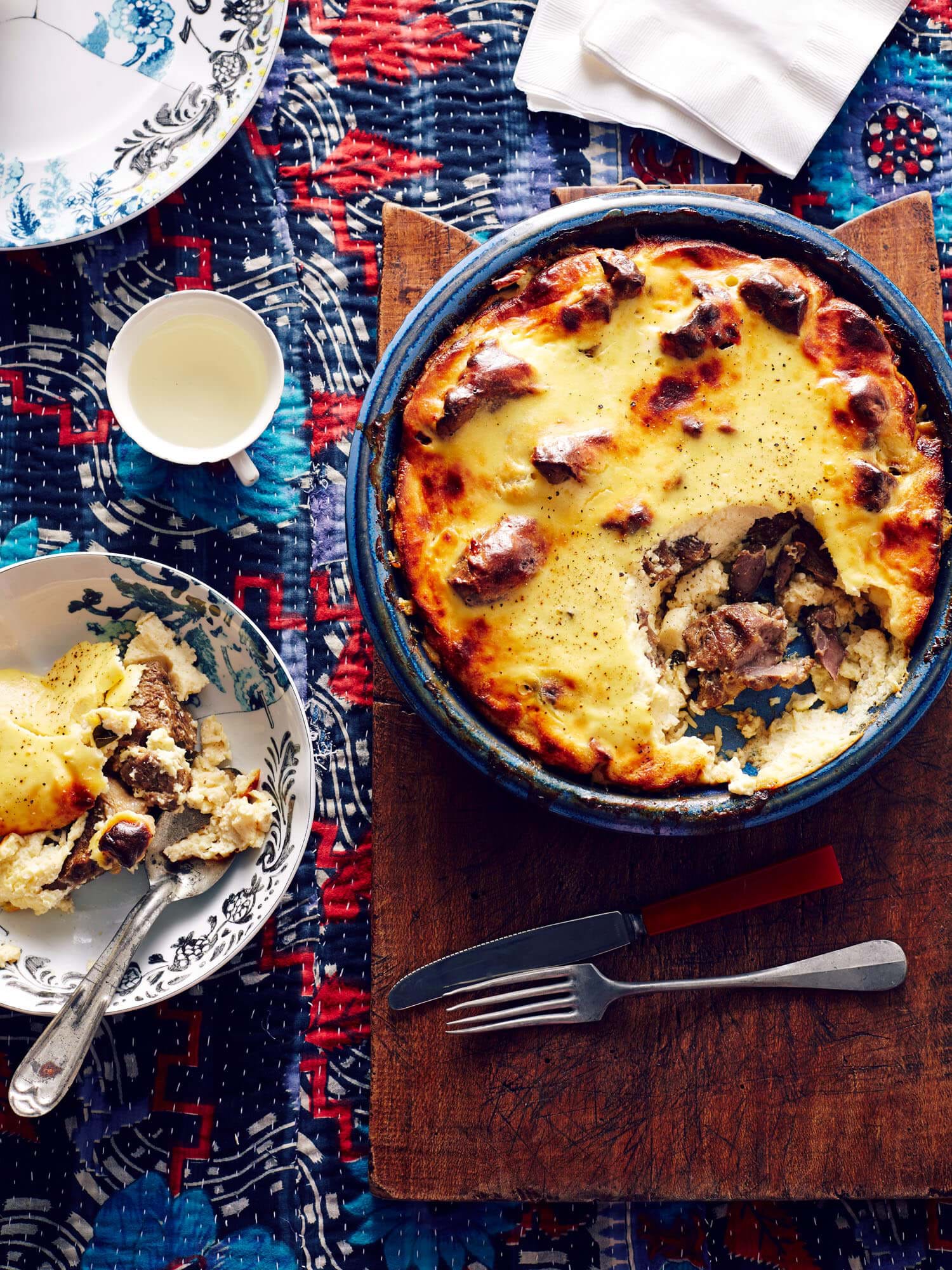 In Northern Albania, meat, fish and vegetables are staples of the cuisine, and garlic and onions appear in many dishes. A lot of dishes in Northern Albania are served with vegetables grown in this region; such as potatoes, carrots, maize, beans and cabbage. Closer to the Mediterranean coastline, Central Albania has a diet rich in fish (mainly flounder, perch and grey mullet) and plenty of poultry, including turkey, duck, goose, and chicken.

In the south, the cuisine is dominated by two different things: the products of the field including dairy products, citrus fruits and olive oil, and coastal products, i.e. seafood. This region is particularly conducive to raising animals, as pastures and feed resources are abundant.

Be sure to try byrek, a tasty salty pie made with filo pastry, which is popular across the country. Another dish to try on your holiday in Albania is tavë kosi – a hearty national dish made with lamb, eggs and yoghurt.

The nation's national drink (like so much of the Balkans) is raki - a powerful fruit brandy that's made with grapes, plums or blackberries - but Albanian's are also great tea and coffee drinkers. And, while Albanian wine production may not be particularly well known, the nation actually has a six-millenia history, its own indigenous grape varieties and an array of reds and whites to offer. If you'd rather wet your whistle with something a little more unusual, and alcohol-free, opt for a glass of yoghurt-based dhalle or malty boza (a corn-based drink that often served with dessert).