A guide to Venice

Venice, the City of Canals, is a must-visit for a historic yet modern arts scene, delicious cuisine, and romantic trips along the water.

Italy’s Floating City is one of country’s most atmospheric cities, with its complex waterways, Gothic architecture, and the annual festival of Carnivale. 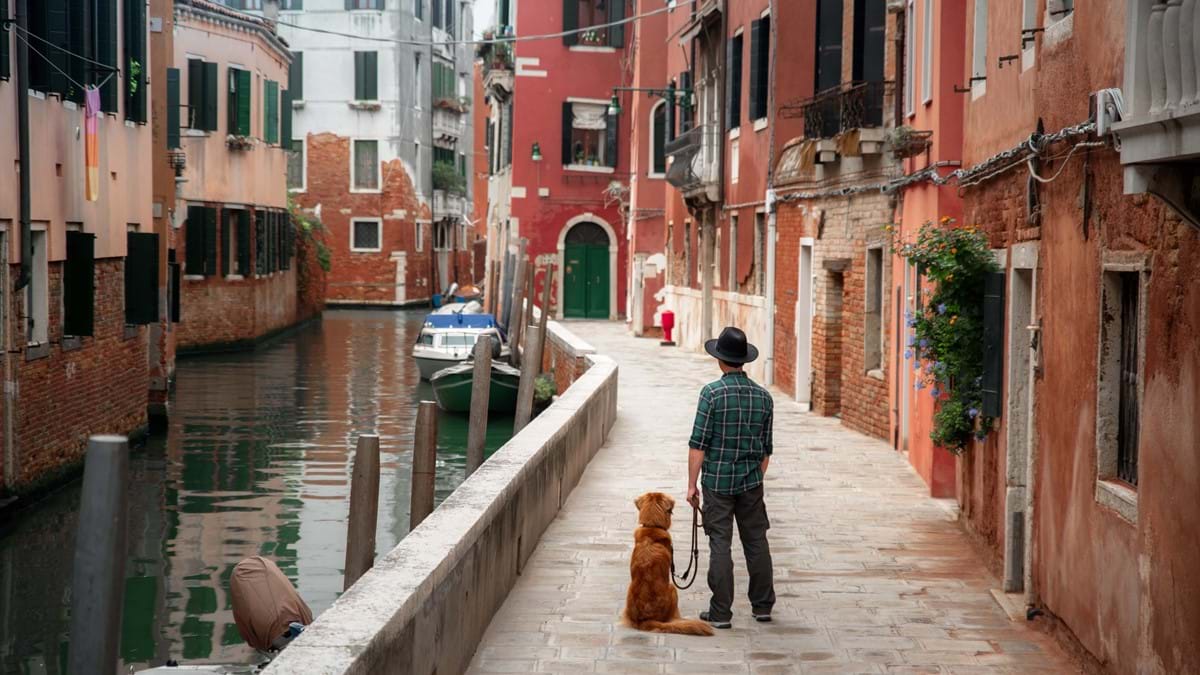 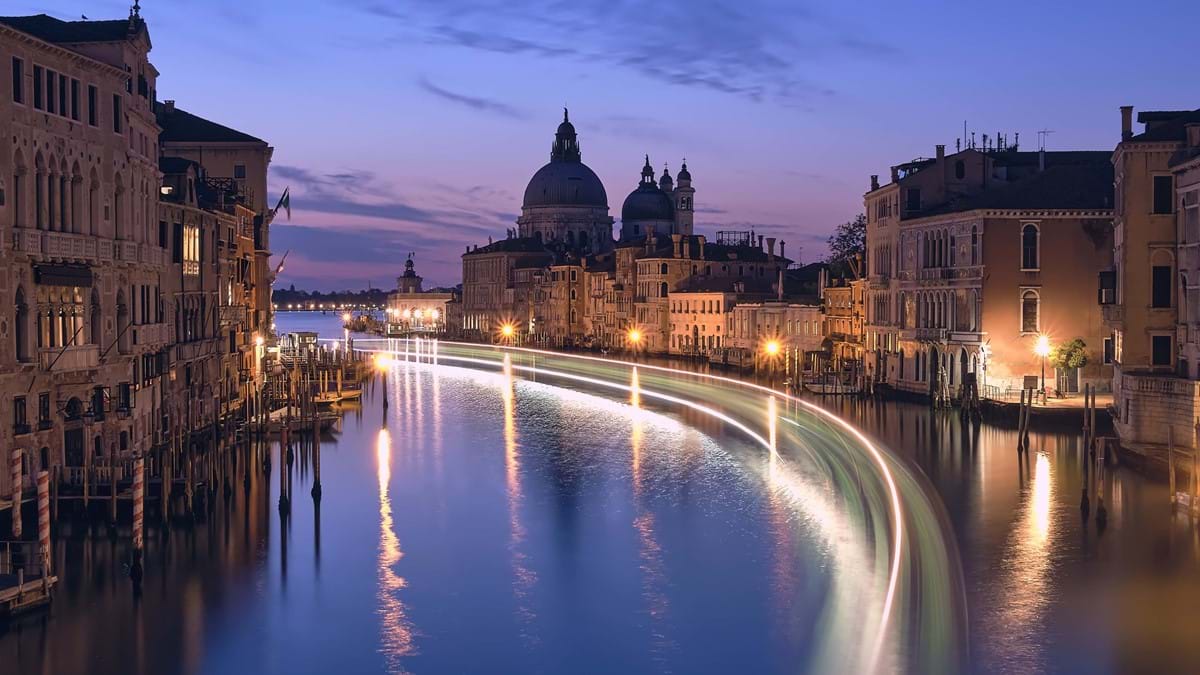 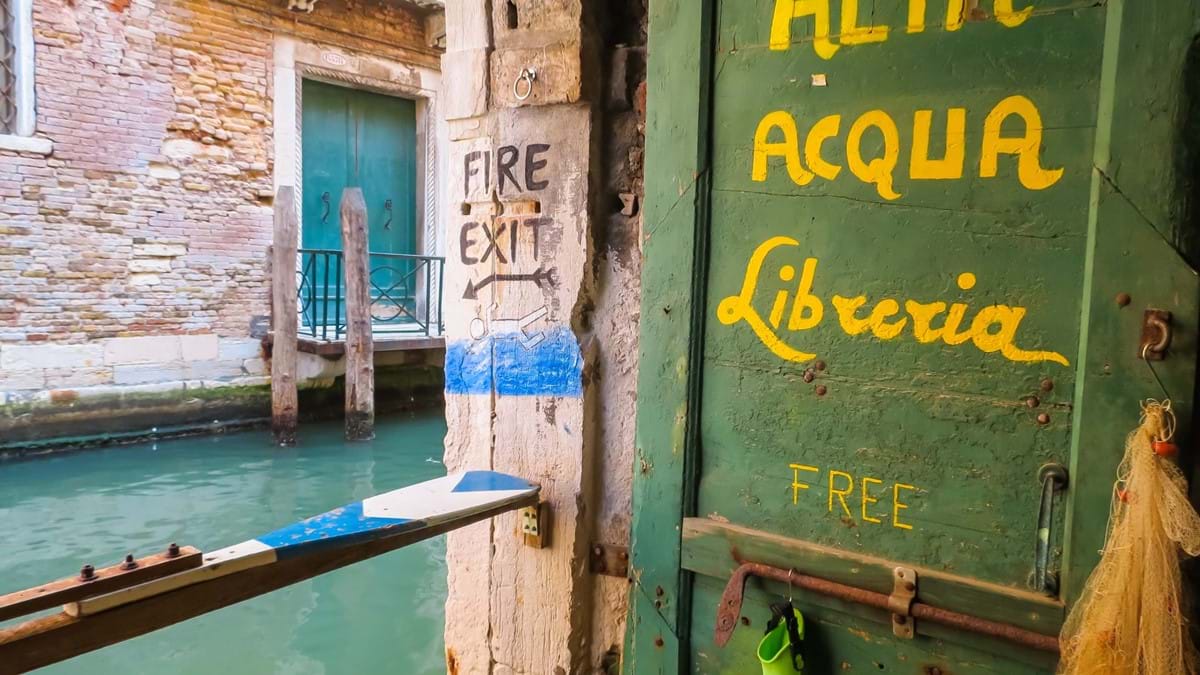 From its romantic and historic canals to its rich arts and culture scene including the star-studded Venice Film Festival and the masked Venice Carnival, it’s no wonder Venice is one of Europe’s top tourist destinations. The City of Canals attracts just under 30 million foreign visitors each year, making it Italy’s most visited city. Yes, it even beats Rome!

While some might consider Venice to be quite touristy, there are pockets of the city that still retain a certain level of quiet, a kind of irresistible old-world charm. Lose yourself in narrow laneways, in the historic boutiques run by local artisans, or in the multi-coloured, residential streets of the surrounding islands.

As far as Italian holiday destinations go, Venice is perfectly placed. With the Renaissance capital of Florence to the South and the fashion hub of Milan to the west, you can easily make Venice your base to explore Italy. Start your holiday with a bang, or give your trip a stunning finale.

Our ultimate guide to Venice will help you to navigate Italy's city of water and get the absolute most from your trip. Read on to find out why you need to book a holiday in this stunning city.

Venice at a Glance

The capital of the Veneto Region, Venice, is situated in the northeast of Italy at the northwestern end of the Adriatic Sea. The city is built on a group of 118 tiny islands on the Venetian Lagoon. These are broken up by historic canals and approximately 400 bridges bring them together. In the late eighties, Venice and its lagoon were named a UNESCO World Heritage site.

It’s the perfect place for those looking to escape a busy city landscape, as Venice has no roads. Historically, Venice’s economy was built on maritime commerce, specifically in fish, sea salt, and shipbuilding. These days, its primary industry is tourism. While development on the lagoon dates back to the 5th century AD, after the fall of the Roman Empire in the west, Venice feels current and alive. There is a pulsing energy to the narrow streets and the picturesque canals.

While the official language spoken in Venice is Italian, the same as the rest of Italy, millions of locals in the Veneto Region speak Venetian. This fascinating language descends from Latin and is regarded as “the language of the sea”.

Why Holiday in Venice

One big reason to holiday in Venice is because one day, it will all be gone. Yes, Venice is rapidly sinking. Over the past century, Venice has sunk a little over 9 inches. This might not seem like much, but it is getting worse. But can it be stopped? While experts found that pumping groundwater from beneath the city was causing it to sink more rapidly, and put a stop to it, the city continues to sink because of tectonic movements beneath the surface. Essentially, the tectonic plate is sub-ducting beneath another plate and causing it to lose elevation.

So, if this morbid and strangely specific fact isn’t enough to have you rushing to the canal city - because time is of the essence - we don’t know what is! To get a firsthand glimpse at just how quickly the city is slipping into the watery depths, we would recommend Libreria Acqua Alta. This sinking bookshop has become somewhat Instagram-famous over the years, with crowds flocking to see its old titles, quirky flair, and frequent flooding. If you are interested in visiting, make sure you set aside enough time to wait in the queue. It's worth it!

How to travel to Venice

If you are hoping to combine two major Italian cities of culture, you can easily move between Florence and Venice - it’s just over a two-hour rail journey. But if you are reaching Venice from further away, flying is likely to be the cheapest, most efficient way.

Venice Marco Polo Airport is the city's official international airport, situated on the mainland near the village of Tessera. Treviso Airport is the second largest airport in Venice and is frequently serviced by discount airlines. After flying in, you can then reach Venice by city bus, shuttle, water bus, or taxi, which takes around a half-hour.

Places to visit in Venice

If you are venturing around Italy for the food (makes sense) you must experience Venice’s culinary scene. There are plenty of fine dining options, sure, but we would recommend a stop at Rialto Market. This traditional food market thrives with fresh, seasonal produce that you can snack on. For a scenic spot to enjoy your food, set up in St Mark's Square - the heart of Venice - and watch the world go by.

The art-lovers among you will find true paradise in Venice. The Gallerie dell'Accademia is Venice’s most prestigious gallery, featuring an impressive collection of pre-19th-century paintings. If it’s contemporary art you are after, check out the Peggy Guggenheim Collection. This idyllic palazzo on the South Bank houses a beautiful, personalised collection of art curated by the accomplished American art collector Peggy Guggenheim.

Things to do in Venice

There are plenty of things to do in Venice. If you are hoping to keep it simple, polish off the day with a refreshing aperitivo by the water, perhaps the canalside Cantine del Vino già Schiavi, or take a sunset stroll to Italy’s most famous bridge, Ponte di Rialto.

If you are hoping to experience the canals for which Venice is famous, you can take the public waterbus. It’s one way to avoid spending big on a private gondola tour. One of the classic Venetian routes is to travel from Piazzale Roma to St Mark's Square on the Vaporetto waterbus. It’s cheap, and you will get to see how the locals commute. If you are feeling adventurous, take another waterbus to the neighbouring islands Burano and Murano, both of which excel in artistry. Burano is known for its lacework and Murano is known for its glass making, but both stand out with their consistently colourful houses!

If you are curious about what else there is to do in Venice, it's time to get arty. The city has a vibrant arts and culture scene, best encapsulated by the annual festivals. Put Venice Carnival at the very top of your list. Dating back to the 13th century, Carnival is a spectacle of balls, costumes, and of course, masks.

While Venice is home to many classical artworks, the city also has a strong connection to a more modern art form: film. While Venice has served as a picturesque, charismatic setting to many films over the years, including the suspenseful Don't Look Now and the action-packed Casino Royale, it is also home to the Venice Film Festival. The festival began in 1932 as the Esposizione d'Arte Cinematografica (Exhibition of Cinematographic Arts) included in the Venice Biennale, an incredible showcase of Italian art led by the City of Venice. The film festival takes place in late August or early September on the Lido in the Venice Lagoon, with A-listers, industry experts, and audiences being able to watch screenings in the historic Palazzo del Cinema on the Lungomare Marconi.

If you are hoping to tick Venice off the bucket list quite soon, and do not have time to find a travel buddy, or simply want to set off on your own, you might have a few questions, like: is it safe to travel to Venice? And is Venice safe to travel alone? And the answer is yes, and yes! Venice is a fantastic destination for solo travel, particularly for solo female travellers. As tourism is the main industry in the city, keeping the city safe for travellers is a priority.

Venice is certainly one of the best places in Italy to find yourself. While it has a reputation for romance, drawing honeymooners and old couples alike, it's a location where you won’t feel alone. Dive deep into the craftsmanship of mask-makers and glass-blowers, immerse yourself in Renaissance art, and soak up the atmosphere with a sunset aperitivo.

Over 60s Travel in Venice

Venice is one of the most popular destinations for travellers over 60. And it makes perfect sense. While the city is sinking, it is firmly rooted in history, artistry, and architecture. Unlike some other popular European holiday destinations, Venice is no party capital. There is an air of sophistication and ancient charm to the place. As you wander along the canals, you can’t help but wonder what it might have been like to live as a sea merchant many centuries ago.

An escorted tour to Venice is a fantastic way for over 60s to get acquainted with the scenery, thanks to coach transfers, walking tours led by an expert guide, and plenty of time to spot carnival-goers in their elaborate costumes during Venice Carnival.