A guide to Sardinia

Sardinia is known for its 1,149 miles of incredible coastline and the locals who live for more than 100 years. Need any more reason to head to the island?

Sardinia is home to more than 7,000 nuraghes -prehistoric stone structures.

Sardinia is a treasure trove of ancient history, with thousands of prehistoric archaeological sites dating back to 1000 BC. Take one look at the Italian island’s craggy peaks and vast stretches of uninhabited terrain and you will feel as if this archaic period isn’t too far off. 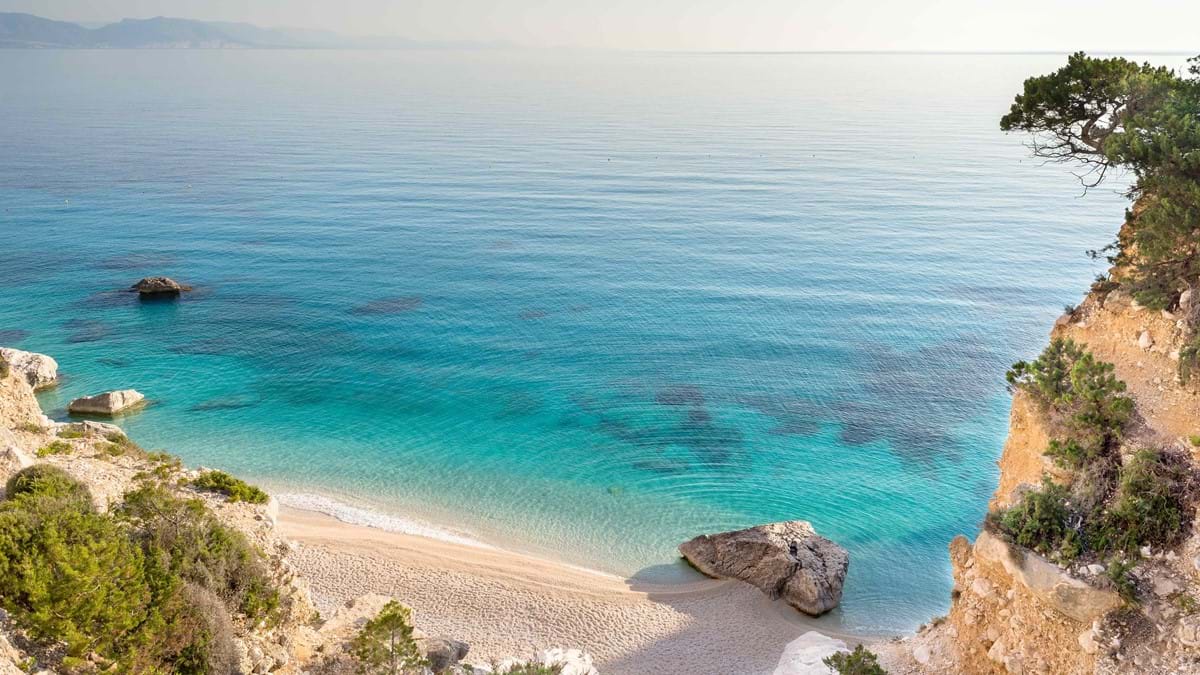 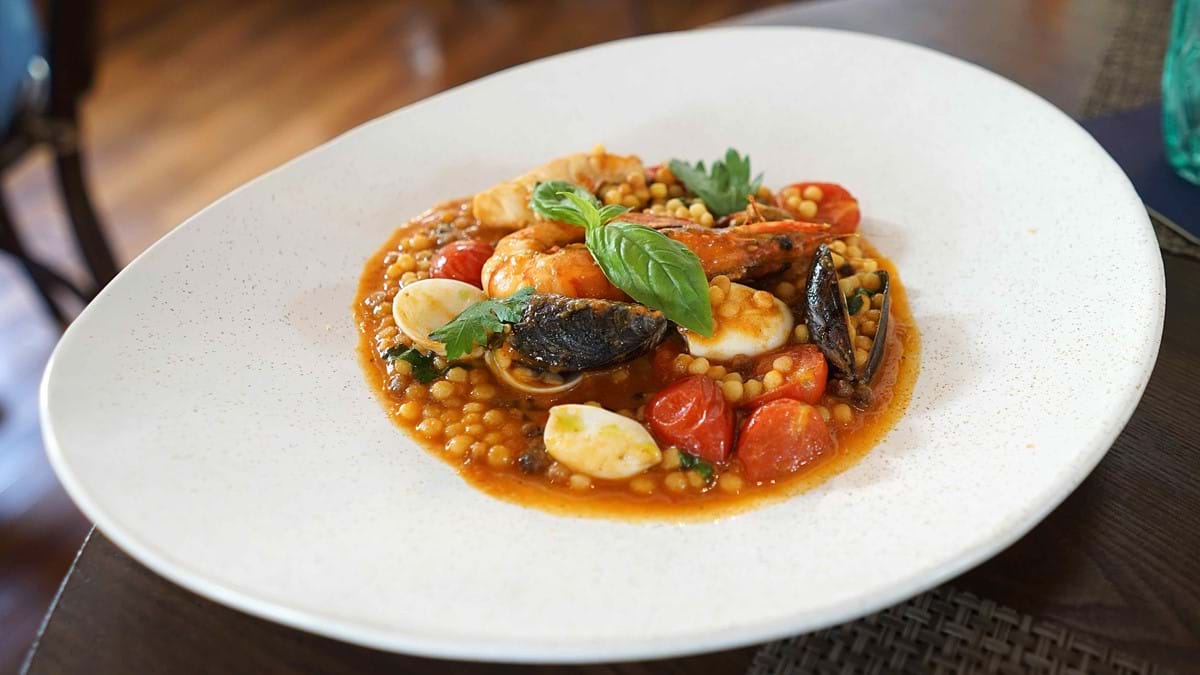 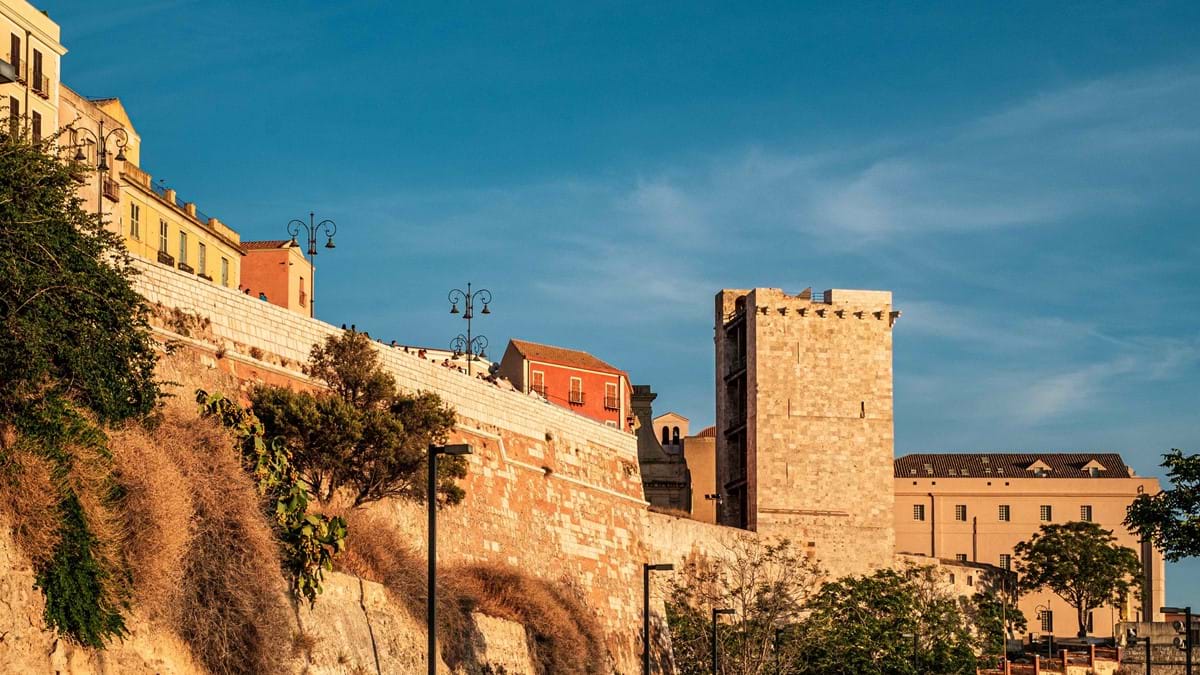 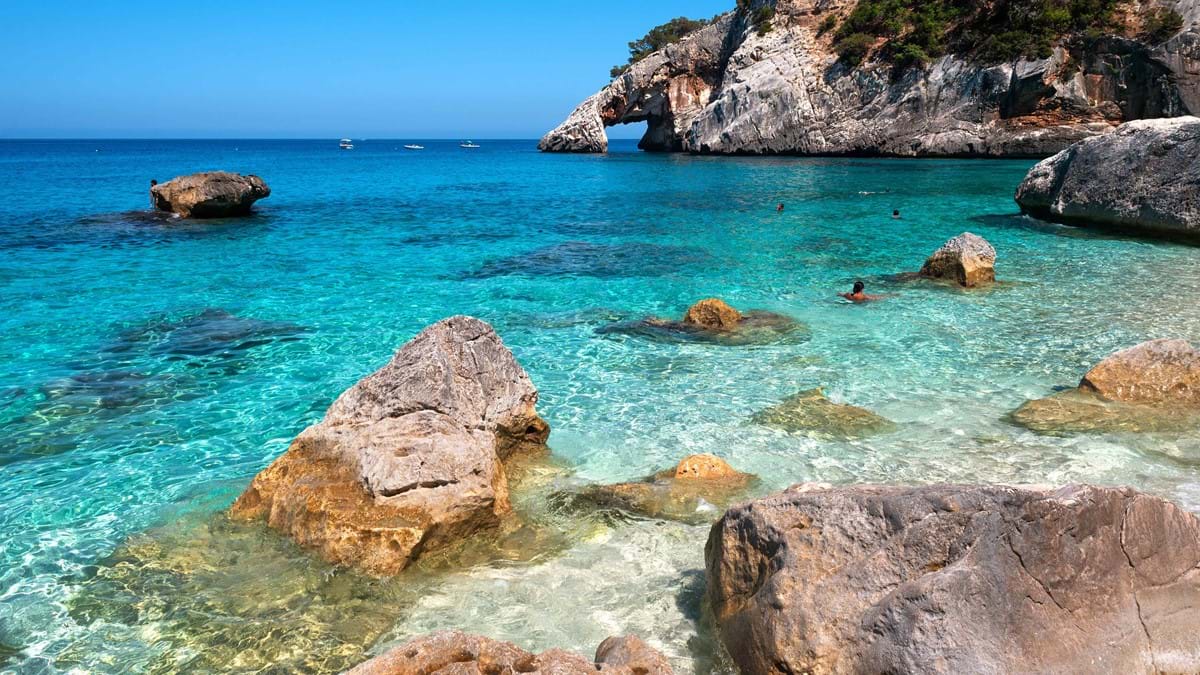 Yet the island has an undeniable excitement and energy to it, with its “six-month summer”, the lively capital of Cagliari, and seafood so fresh it can be served with just a spritz of lemon juice and a drizzle of olive oil.

To help you plan the ultimate island escape, we cover Sardinia’s best beaches, fascinating prehistoric ruins, irresistible dining options, and whether to travel the island solo.

Sardinia at a Glance

Sardinia is a popular tourist destination, with interest in the island growing year by year. Before the pandemic, approximately 3.44 million visitors headed to the island every year.

After Sicily, Sardinia is the Mediterranean’s second-largest island - and perhaps one of the most beautiful! It's a quintessentially Italian island, with a traditional food scene, fine wine, and friendly locals, but where exactly is Sardinia? The stunning island is situated in the western part of the Mediterranean sea, to the south of Corsica, another island famous for its crystal clear waters.

Sardinia has a fascinating and complex history of languages. Today, the most commonly spoken language on the island is Italian, however, the traditional Sardinian language of Sardo is widely spoken by locals. The ancient tongue has been described as being the closest language to classical Latin, having been shaped over the years by the island’s settlers, from the Phoenicians to the Spaniards to the French. To many, the language resembles Spanish more than it does Italian.

Depending on which part of the island you are exploring, the locals might speak English as a second or even third language. You are more likely to find English speakers in the cities and popular tourist spots, but in the more rural communities, you might not have the same luck.

Why holiday in Sardinia

If you have got this far, you might have a fair idea of why Sardinia makes for an incredible holiday destination! Delicious local cuisine, beaches galore, and a fascinating, ancient past. But if there’s one reason to pay a visit to this stunning island, it’s the climate. Thanks to its idyllic location in the Mediterranean, Sardinia boasts lengthy summers with temperatures climbing to 28°C during the high season, so July and August. Outside of these months, the sea still remains relatively warm.

As the southern part of the island is close to Northern Africa, the winters can be mild. Even December is a moderate month, with temperatures clocking an average high of 15.4°C. So if you are looking for a reason to travel to Sardinia, one major one is to curb the seasonal blues and get some much-needed winter sun!

How to travel to Sardinia

If you are curious about how to travel to Sardinia, you have several options depending on your preference and what you hope to get out of the holiday. The island is best reached by plane and has three primary airports, Cagliari Elmas, Olbia, and Alghero Fertilia. Cagliari, located in the island’s capital, is the most frequently used airport.

For those travellers doing a bit of island hopping, other Italian or French travel, or bringing a vehicle, there is the option to take a five-hour ferry ride from Rome. It is important to keep in mind that flying is the quickest and most affordable way to access the island.

Places to visit in Sardinia

Sardinia is famous for its beaches as is known throughout Europe as a true summer playground for Italians and foreigners alike. With a coastline of 1,149 miles, you will have a beautifully variety of beaches, swimming holes, grottoes, and coastal walks at your fingertips. While much of the island’s coast is made up of steep, rocky mountains, there are heavenly beaches tucked in between - you just need to know where to look! They don’t call it the Emerald Coast for anything.

Stintino’s La Pelosa is certainly a place you must visit. With icing sugar-like sand and aquamarine tides, the beach is the perfect place to relax with a big hat and a book. There are even views of the nearby donkey-inhabited island of Asinara. If you are staying in Cagliari and need a city beach to splash in, there’s Poetto beach. The sandy beach stretches nearly five miles and is the capital’s main beach. You might have heard of Cala Goloritze, the secluded beach that is well worth the boat taxi. This little but mighty bay lies at the base of a dramatic ravine on the south side of the Gulf of Orosei. It is famed throughout the Mediterranean for its staggering natural beauty.

If you are looking for towns to explore, head to the island’s north. The town of Alghero is a thriving, historic fishing port with a quaint Old Quarter featuring narrow, cobbled streets and a 16th-century cathedral. Being surrounded by stout battlements and defensive towers, you will feel like you have been transported back in time.

Things to do in Sardinia

You are spoilt for choice when it comes to things to do in Sardinia. The capital of Cagliari is a phenomenal place to begin your island journey. Despite being the capital, the city offers a unique old-world magnetism with its laid back coastal atmosphere and ancient hilltop citadel. You can walk for miles in this place. You might like to head to the lively San Benedetto market, one of the largest city markets in Europe, to sample fresh produce and witness how the locals shop. For something different, explore Cagliari's vast network of caves and crypts which have been used over time for burials, imprisonment, and art.

If you are after more historical activities in Sardinia, head to Nora. Just 40 minutes out of the Cagliari’s centre lies the ruins of this ancient city, which overlooks a stunning bay of azure water. It’s one of the most well-preserved archaeological sites on the island and is rumoured to be its first-ever town. The vast archaeological complex was founded in the 8th century BC by the Phoenicians but contains predominately Ancient Roman ruins.

If you’re wondering what else there is to do in Sardinia, look to the island community’s life expectancy for clues. Sardinia has an impressive above-average life expectancy of 81 years and has been named as one of five regions in the world to have a high concentration of centenarians. Studies have shown that aside from strong social bonds and neighbourly care, their Mediterranean diet might have helped. So you can’t go to Sardinia without immersing yourself in the food scene.

The island’s rich, family-led culinary tradition has deep roots in homemade and home-grown products, alternating between fresh catches from the sea, aromatic local wines, and nut and honey-based sweets. Be sure to try pompia, a kind of lemon native to Sardinia with a uniquely sour taste. For something unusual, but with a variety of uses, try bottarga. Bottarga - sometimes cheekily referred to as “poor man’s caviar” - is dried, cured, and compacted bluefin tuna which can be shaved to sprinkle over pasta or finely sliced to enjoy as an appetizer. In the province of Oristano, we would recommend dining at the family-run trattoria of Desogos, for a humble, filling feast, or in the spellbinding medieval village of Castelsardo at the Hotel Restaurant Baga Baga.

There comes a time in life when the lure of a holiday wins out over the desire to lock in the right travel companion, so you have to go it on your own. And that’s where solo travel comes in. But is Sardinia safe to travel alone? And is Sardinia safe for solo female travellers? On the whole, it is safe to travel in Sardinia solo. The crime rates on the island are far lower than the Italian average, and unlike Sicily, the island is not affected by organised crime.

If you are concerned about natural disasters on an isolated island like Sardinia, fear not. Sardinia is the only part of the county that is not affected by seismic events like earthquakes, meaning it is the safest and most sheltered region of Italy.

The locals on the island tend to be warm and friendly, and being a multilingual population, you will be able to ask for help in English, or in the rural areas, be able to get by with any Italian phrases you have managed to pick up. It always pays to keep a translation app on your phone. Check out our solo travel guides for more helpful tips!

Over 50s travel in Sardinia

While backpacking around Europe and staying in busy coastal hostels might have been a delightful way to spend your twenties, if you’re over 50, chances are you want a slightly more comfortable way to spend your holidays! And you have come to the right place. With its range of authentic trattorias and fine dining, luxurious resorts and quality bed and breakfasts, and reliable Mediterranean climate, Sardinia is perfect for over 50s travel.

For an especially stress-free island holiday, consider an escorted tour to Sardinia. With Newmarket Holidays, you will be guided by a friendly and informative tour manager, travel in an air-conditioned coach - essential in the summer months! - and of course, enjoy comfortable and well-appointed four-star accommodation. You will even get two islands in one holiday, with a ferry crossing to the equally stunning neighbouring island of Corsica!