A guide to Naples

Adventure back in time in Naples, the birthplace of pizza and neighbour to the ancient ruins of Pompeii.

Naples is a must-visit for those looking for Italy's most mouth-watering cuisine and views of the dramatic, volcanic Vesuvius. 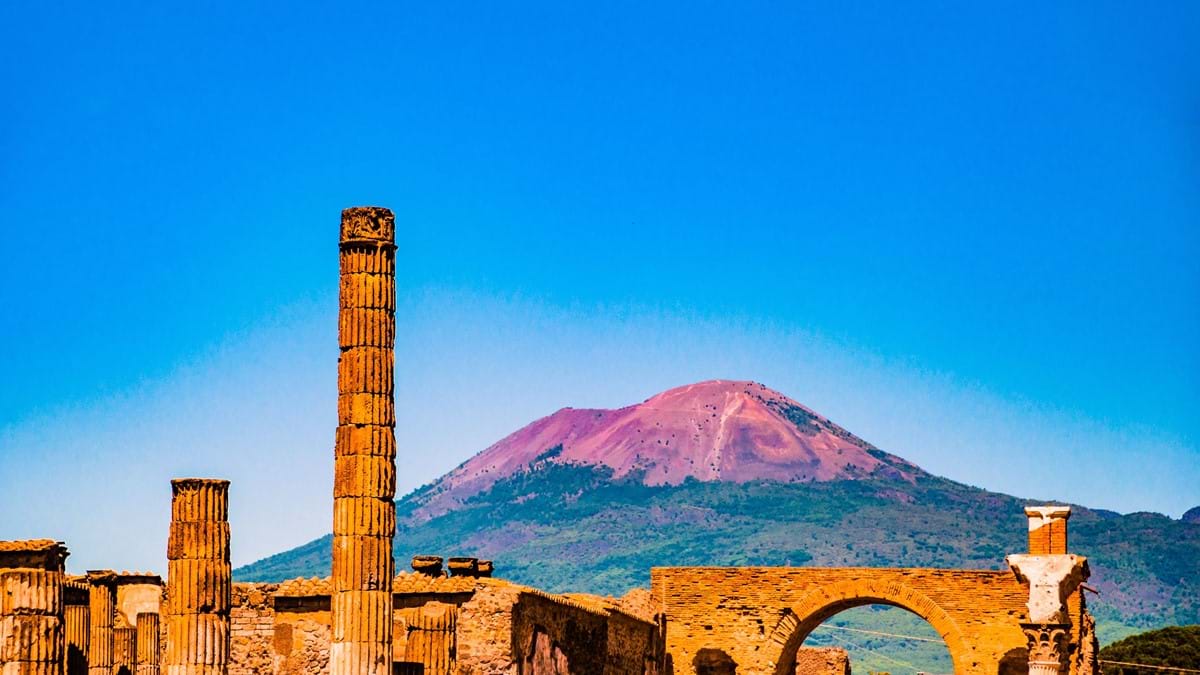 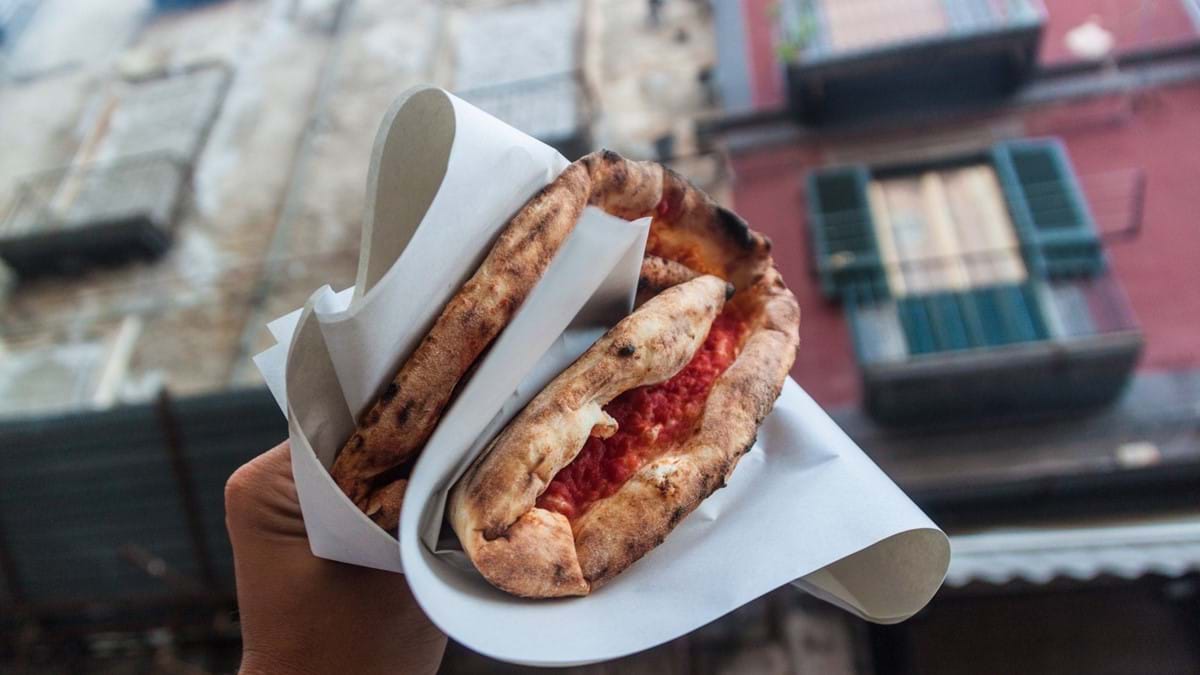 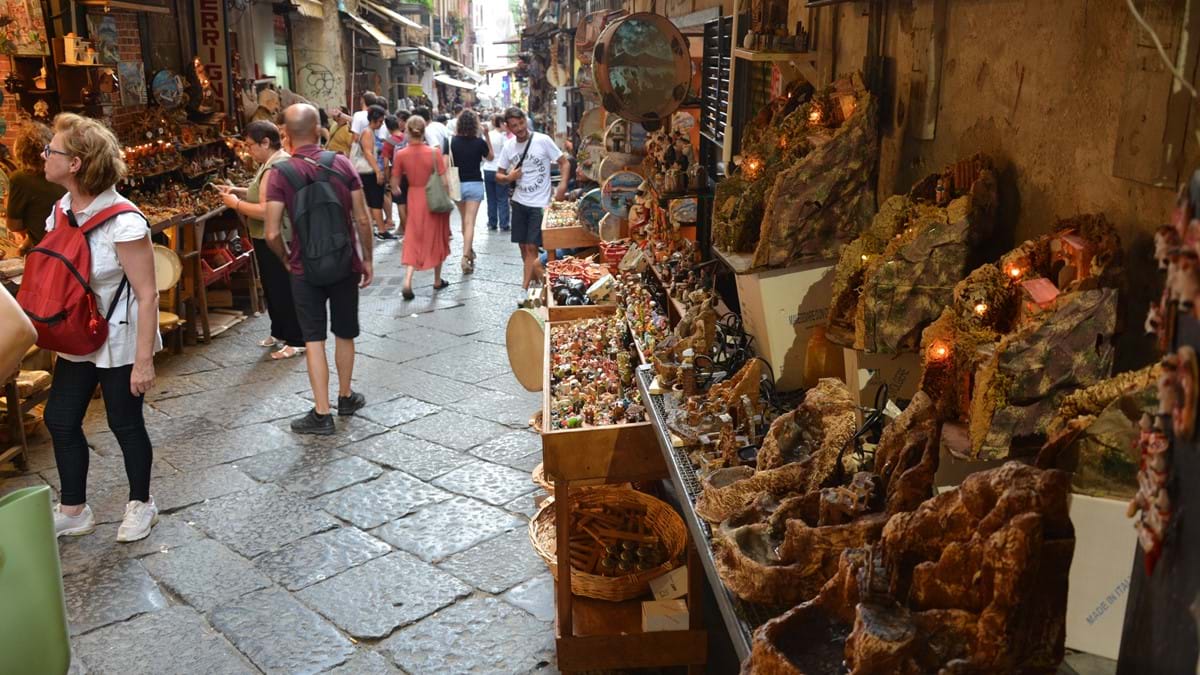 Naples is Southern Italy’s largest city. With a long, intricate past of settlement dating back to the 2nd millennium BC, it’s one of Europe’s most historic cities. The city’s Italian name, Napoli, derives from the Greek nea 'new' and polis 'city'. These days, Naples might not seem all that new. It's not as glamorous as the fashionable Milan, or as popular as the Eternal City of Rome, Naples is still well worth holidaying at!

Being just a 90-minute drive from Sorrento, the first town on the sublime Amalfi Coast, Naples is a fantastic base or starting point to accessing this famed coastline. The city also has a vibrant food scene, and is particularly popular with pizza-lovers.

Whether you are hoping to spend one glorious week in Naples, or you are just stopping by on your merry to the glittering Amalfi Coast, we have the city covered. From the most delicious, family-run pizzerias to fascinating side trips to Pompeii, read on for our ultimate guide to Naples.

Naples at a Glance

With a population of 3 million, Naples is Italy’s third-largest city. Occupying 45 square miles on the Gulf of Naples, the daunting Mount Vesuvius looms over Naples. For such a large city, this volcanic backdrop certainly adds a layer of uniqueness.

If you are wondering what language is spoken in Naples, it's Italian! While that’s not hugely surprising, what is interesting to note is that Neapolitan is also commonly spoken by locals. Neapolitan has ancient roots and is the Italian dialect of Naples and the surrounding regions of Southern Italy. In terms of English, you can find people speaking English in the larger eateries, hotels, and areas heavy with tourists, but on the whole, English is not widely spoken in Naples - so it might be a good idea to have your translation app on hand!

Why Holiday to Naples

One of the top reasons to holiday to Naples is for the archaeology. Naples is truly a city with a story! With National Archaeological Museum boasting more than 11,000 ancient exhibits, history buffs will be spoilt for choice on a holiday in Naples. Of course, to explore the city’s historical offerings that lie beyond a climate-controlled museum, you can make a side-trip to Pompeii - one of the world’s most recognised historical sites.

How to travel to Naples

Due to the city’s proximity to the world-famous Mediterranean jewels of Amalfi, Capri, and Ischia, many travellers head to Naples to access these spots. The best way to reach Naples from the UK is by plane. Naples International Airport is the fifth-busiest airport in Italy and is frequently used by EasyJet and Ryanair. If you are flying into this airport, it is only a 25-minute bus ride to the city, so it is an incredibly convenient pathway.

If other Italian cities are higher on your list than Naples, take the train! From Rome, Naples is just over an hour by train. From Florence, it will take you just under three hours by train. Rail travel in Italy is well-connected and affordable.

Places to visit in Naples

Being a city with a long and winding history, Naples has its fair share of ancient, royal buildings. Our favourite has got to be the medieval castle of Castel Nuovo, which was initially constructed in 1282. If you area accustomed to the castles of England, Wales, and Scotland, you might find this former royal home and fortress to be slightly out of the ordinary, with its five curved towers and the finely carved white marble triumphal arch at the entrance.

While it is not technically in Naples, you cannot visit to the city without venturing a little further to Pompeii. The city was completely covered in layers of ash and mud during the catastrophic eruption of Mount Vesuvius in 79 AD. While this obviously spelt disaster for the citizens of the time, it preserved the customs and structures of the time, including fountains, artwork, mosaics, gardens, sculptures, and theatres. Talk about a time capsule. During your visit to Pompeii, be sure to pay close attention to the Forum of Pompeii, the former commercial hub of the town, and Pompeii’s Forum Baths - even the ancients needed a little refreshing.

If you continue along the coast, further southeast of Naples, you will be met with the dramatic cliff-clinging villages of the Amalfi Coast, which was named a UNESCO World Heritage Site in the late nineties. What is fantastic about this coastal region is the fine dining, cave networks, stunning beaches, and the Mediterranean villages which each have a personality of its own. Sorrento is famed for its lemons and limoncello (so refreshing in summer), Positano is all about the nightlife, and Ravello, while a marvellously underrated town, is fantastic for its ornate villas and lush gardens. Wherever you go, there is an air of elegance to the coast, having been a popular resort destination for centuries. While Naples is not considered to be an expensive place to travel, the Amalfi Coast is. This region does not pair well with those looking for affordable travel, so if you are heading to this famed region, it might need to be a treat.

Things to do in Naples

If you are wondering what to do in Naples, it's simple: try the pizza! Naples is the birthplace of this delicious flatbread that can pretty much be found in every country on earth. Whether you pick up a tasty slice in a street food market, or could easily sit down and polish off a whole pie, the city’s pizza scene will be sure to delight you. You might have heard of Sorbillo at some stage. This pizza joint has achieved cult status over the years, leading to pop-ups all around the world. You cannot go past the classic Margherita. Starita is another gem. Made famous by the film The Gold of Naples featuring screen siren Sophia Loren, this family-run pizzeria is a must-visit during your Naples holiday.

If you have friends and family begging for souvenirs from your Italian odyssey, Naples is the place to get your shopping done. We would recommend wandering over to Galleria Umberto and Via San Gregorio Armeno during your free time. These retail meccas could not be more different! Galleria Umberto is an airy, light-filled arcade with a 184-ft tall domed glass ceiling. It’s not like any other mall in the world. Via San Gregorio Armeno is where you go for the traditional street vendors for which the city is famous. Often referred to as Christmas Alley, the area features artisan workshops and hawkers selling their often nativity-themed goods.

For something a little different, head underground. Deep underground. And by that, we don’t mean take the Italian tube! Napoli Sotterranea, or Naples Underground, is a mysterious labyrinth of tunnels, aqueducts, and passages that weave 40-metres underground. A very limited number of cities around the world have an underground as intricate and ancient as this one.

Some of the rumours about this historic city might have you wondering: is it safe to travel to Naples? And moreover, is Naples safe to travel alone? In short, you might find that other Italian cities like Rome and Florence are safer to travel solo. Even still, travelling solo in Naples is extremely common.

If you are looking for peace of mind when travelling solo, join an escorted tour. This style of travel will ensure you have comfortable and safe accommodation, handpicked sights and activities, and an informative guide to take you around the city. This option is particularly popular among solo female travellers and over 50s travellers who are seeking a secure and relaxing way to explore the beautiful country of Italy.