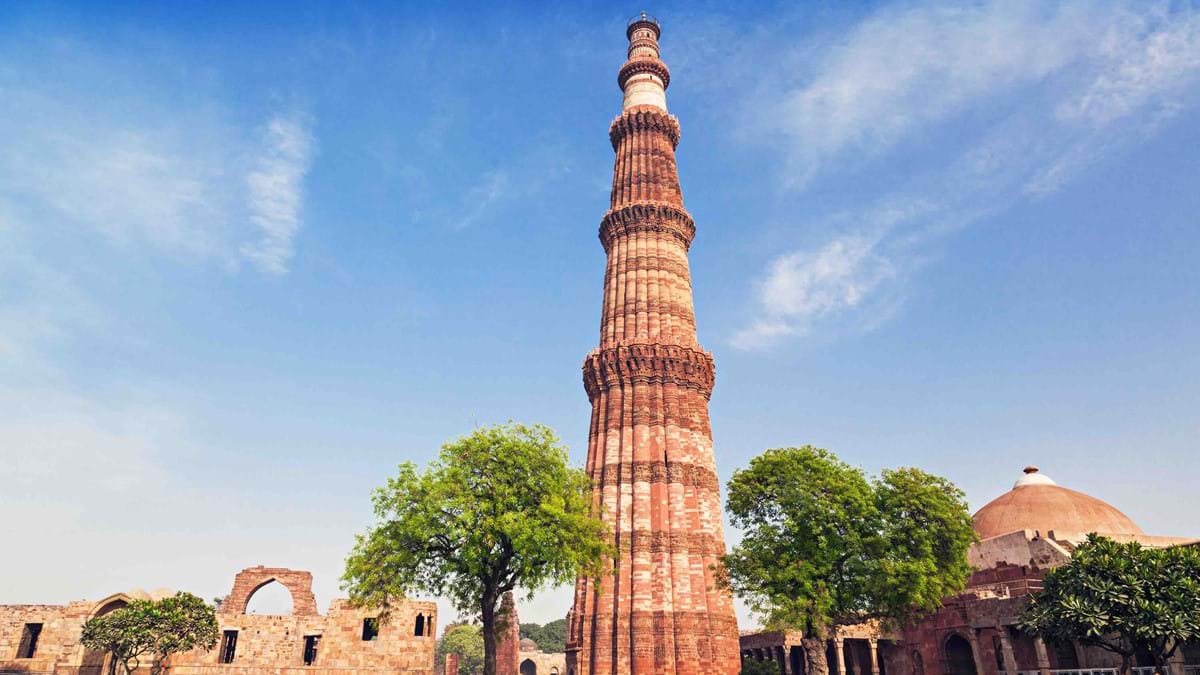 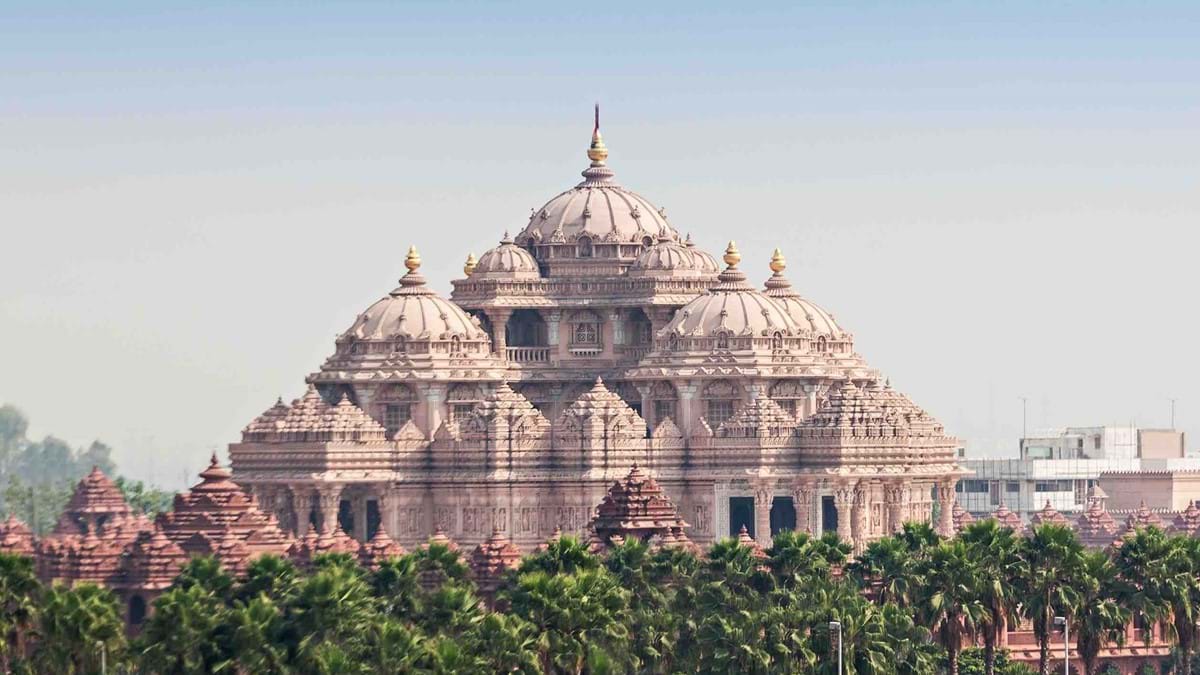 Meshing old with new, this bustling city will keep you spellbound as you explore the sprawling metropolis. The city of Delhi has two parts: the rambling narrow streets of Old Delhi developed by the Mughals, and the modern and well-organised neighbourhoods of New Delhi designed by British colonial rulers (visit our guide to New Delhi).

Trace the footsteps of Mughal Emperors

In Old Delhi, you can explore what was once the capital of the Islamic Mughal Empire, and what is still very much the pulsating heart of Delhi. Old Delhi was founded back in 1639 after Shah Jahan – the emperor who commissioned the majestic Taj Mahal – moved the Mughal capital from Agra to Delhi.

Impressive landmarks, many of which are UNESCO World Heritage Sites, stand perfectly intact today. One of these is the Red Fort. Constructed with red sandstone in 1638 as the residence of the Mughal emperors, this monument has witnessed a turbulent history, including its capture by both the Sikhs and the British.

The Jama Masjid – originally named Masjid-i-Jahan Numa, meaning 'mosque commanding view of the world' – is a fine example of Mughal architecture, and is certainly worth a visit. This red sandstone and white marble mosque is the largest in Delhi, and has a courtyard that can accommodate up to 25,000 devotees. You can clamber up to the top of one of the minarets to catch a sweeping view of Delhi below.

Across in New Delhi, make a visit to Humayun’s tomb, the resting place of the second Mughal emperor. Constructed in 1570, this monument is the first example of Mughal architecture to be built in India, and the inspiration for the Taj Mahal. The surrounding beautiful and symmetrical gardens make a charming setting for an evening stroll.

Marvel at the tallest brick minaret

The Qutab Minar is one of the most popular sites in New Delhi. Built in the 12th Century, the ornate Qutab Minar stands at a dizzying height of 238 feet. Its origins and purpose are shrouded in mystery; however, most commonly believe that it was either built to signify victory of the beginning of Muslim rule in India, or to call devotees to prayer.

The tower is part of an extensive complex that includes earlier Hindu and Jain ruins, and other structures of historical interest, including the mighty walls of the Quwwat Ul Islam Mosque, which is thought to be the first mosque in India dating from 1193.

New Delhi is a striking contrast to the colourful chaos and narrow alleyways of Old Delhi. Laid out by British architects, although New Delhi feels remarkably modern with its wide avenues and grand colonial buildings, it is still home to some of Delhi’s oldest buildings, including Humayan’s Tomb and the Qutb Minar described above.

Connaught Place, a circular hub of commercial and cultural activity, lies at the heart of New Delhi. This is the perfect place to start wandering New Delhi by foot: exploring the shops, sampling the local food, and perhaps catching a Bollywood movie in a vintage cinema.

Along the Rajpath (formerly known as Kingsway) lies the India Gate, a magnificent archway built in memory of the 70,000 Indian soldiers who died in World War I while fighting with the British Army. From 7pm to 9:30pm each evening, the archway is softly illuminated, making it a popular site to visit at night.

Parliament House is another impressive building dating from early 20th century British rule. Designed by Edwin Lutyens and Herbert Baker, the same architects who planned the design of New Delhi, Parliament House is the heart of India’s government, where both the Rajya Sabha (Council of States) and the Lok Sabha (House of the People) are located.

Pay respects to the founding father

Mahatma Gandhi, the leader of India’s independence movement, and vocal advocate and practitioner of non-violent protest, continues to provide inspiration to generations of people working towards social change.

In Delhi, you can make a visit to Raj Ghat – a memorial dedicated to Gandhi, which is located at the spot where he was cremated in 1948.

Delhi is a city of many faiths, which is made evident by the number of temples dedicated to people of different beliefs. You can make a visit to the Lotus Temple, which belongs to people of the Baha'i Faith – although people of all religions are welcome and encouraged to visit.

The temple takes on the shape of a lotus flower, with 27 marble-clad petals making up the body of the building, which makes for an especially attractive sight when illuminated at night.

The elaborate Hindu Akshardham Temple is part of a modern complex built in 2005. As one of the most important Hindu temples in India, it’s a popular site for worshippers to visit. The main temple building is colossal, at 43m high, 96m wide, and 109m long, and is constructed from pink sandstone and white marble. The craftsmanship and attention to detail is incredible, with the intricate carvings truly making it a beauty to behold.

Delhi is also home to a large Sikh population, with many choosing to worship at the Gurudwara Bangla Sahib Temple near Connaught Place. This peaceful temple is a glorious oasis of calm in the middle of the bustling city.

The Gurdwara was initially built as a bungalow in 1664 for a seventeenth-century Indian ruler, but has since then grown more grand and elaborate over the centuries. Inside the temple, visitors can walk around while enjoying the song and music from Sikh musicians.

Get lost in colourful bazaars

No trip to Delhi is complete without a visit to at least one of its lively markets. Visitors may choose to go to Chandni Chowk in Old Delhi, where cars, rickshaws, pedestrians and animals all jumble together in its narrow lanes.

The bazaar dates back to the Mughal period, and is a fantastic place to shop for affordable jewellery, clothes and electronics.

The Main Bazaar in Paharganj near the main railway station in New Delhi is another hub for keen shoppers looking for a bargain, with eye-catching textiles and handicrafts, including elegant cushions, bags, shoes, and jewellery.

Meanwhile, Khari Baoli, the largest spice market in Asia, is a particularly striking place to take photographs, with its overflowing bowls of colourful spices, nuts, and chillies.

Any cultural exploration is incomplete without delving into the local culinary offerings. The North Indian food found in Delhi is incredibly rich, tasty, and highly satisfying during and after long days of wandering between the breath-taking sites and wonders of the capital.

Creamy curries are paired with breads like naan, chapatti, and roti, while the varied street food snacks range from spicy, sour, sweet, and often delicious combinations of all three.

Lie back in a peaceful garden

After walking and eating your way through Delhi, why not take a rest in one of the city’s gardens? Beautiful, old tombs are dotted around the gardens, but the park makes for a popular place for local yogis, joggers, and couples, making it a unique place to people watch and unwind after exhausting yourself with the sights and sounds of Delhi.