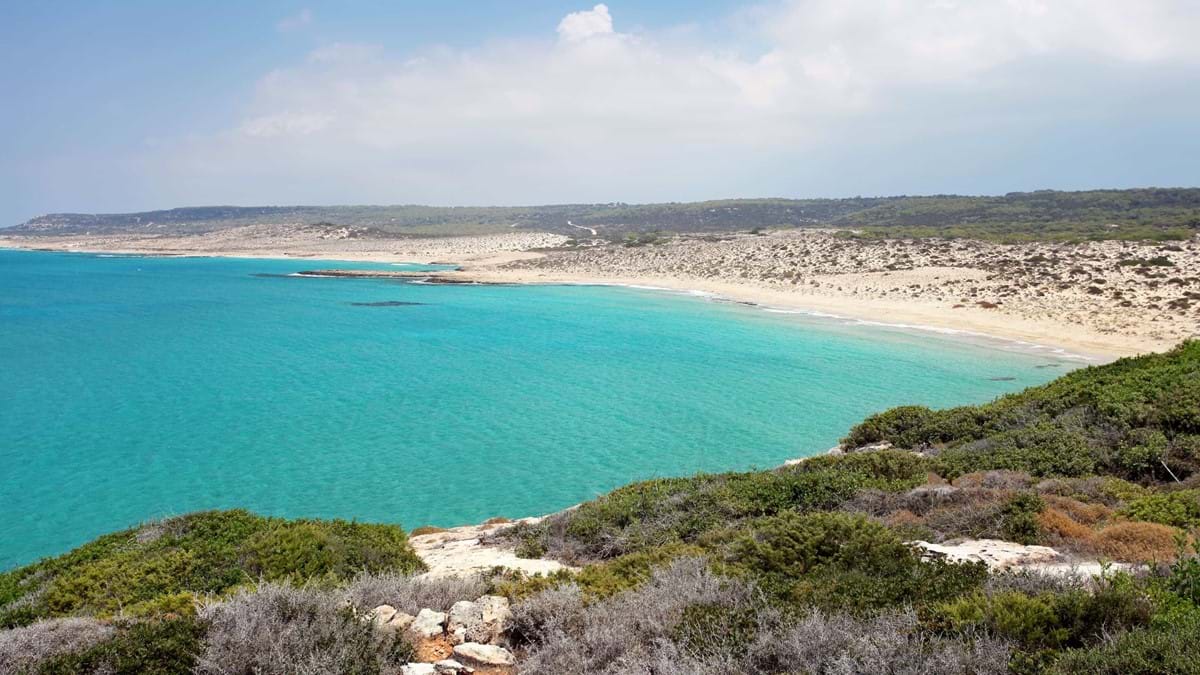 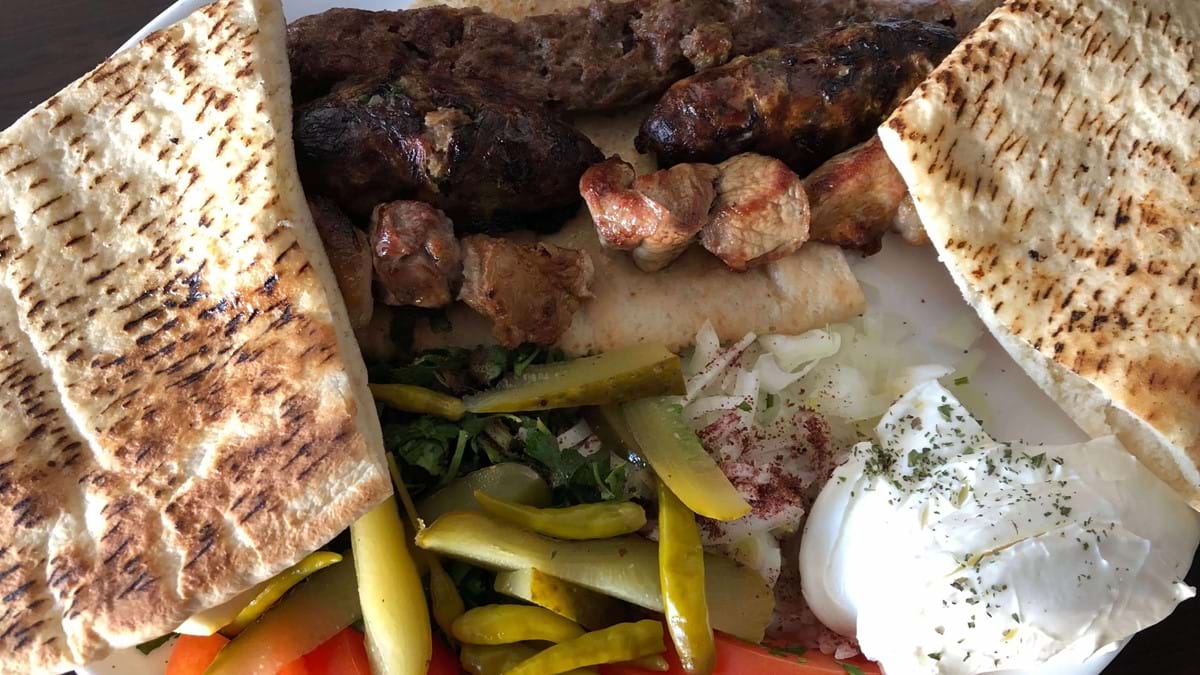 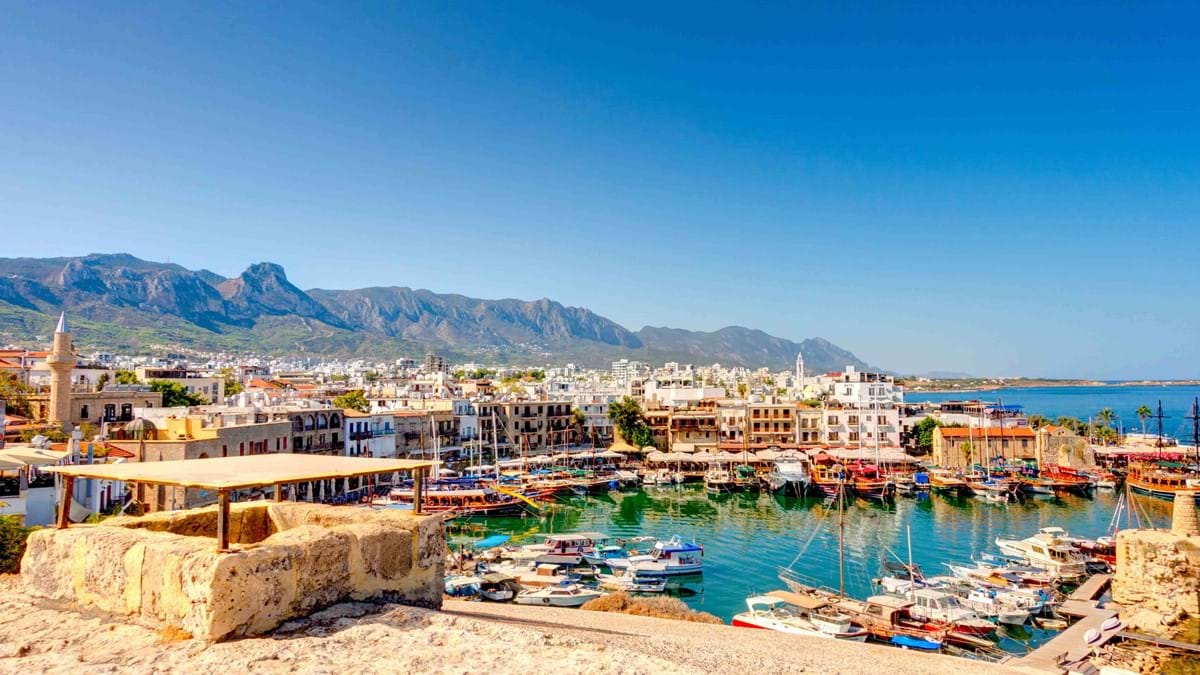 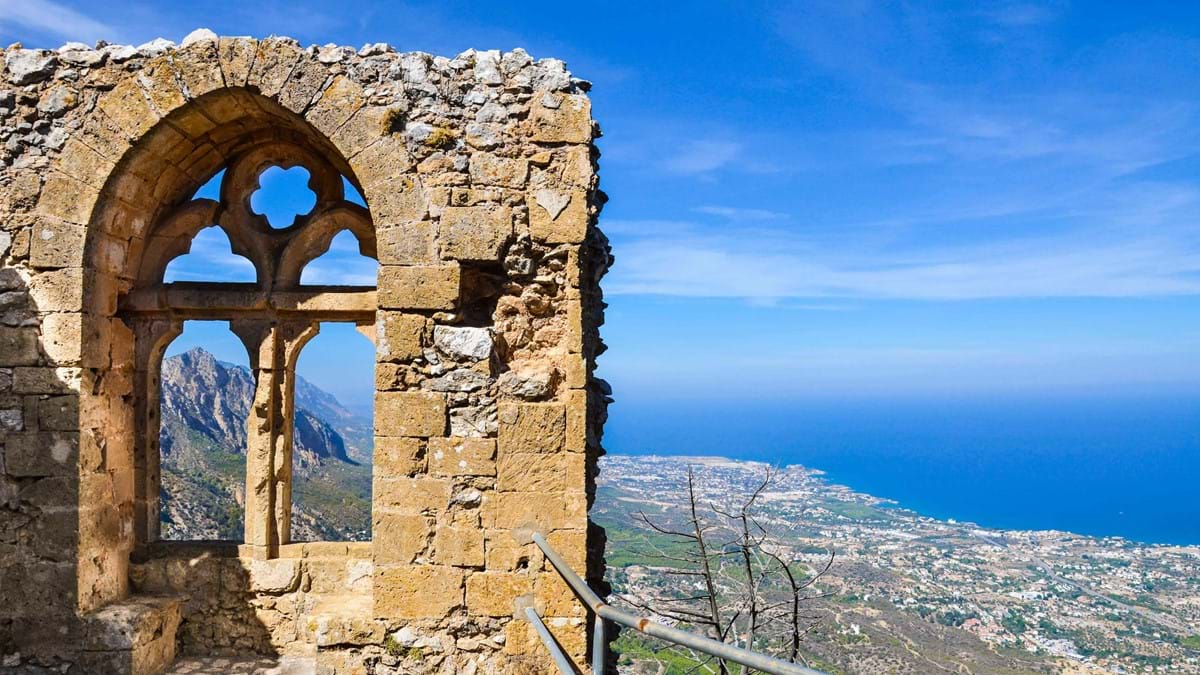 Everything you need to know about travelling to Northern Cyprus

Cyprus is the third largest island in the Mediterranean. It also happens to be one of the most beautiful. Separated from the southern, Greek-aligning part of Cyprus, Northern Cyprus is predominantly Turkish. Abundant in pristine, unspoilt beaches, fascinating archaeological sites, and colourful cuisine, Northern Cyprus is a must-visit if you’re craving history and culture with a bit (a lot) of sun.

In 2019, more than 1.3 million British travellers ventured to this stunning part of the world. If you’re hoping to be one of them, read on for our comprehensive travel guide to Northern Cyprus.

Northern Cyprus at a glance

The language people speak in Northern Cyprus is Turkish. This is the official language, however, Turkish Cypriots tend to speak in a regional dialect that differs from the Turkish spoken in mainland Turkey.

Still, the two languages are fairly interchangeable. Fortunately for travellers heading over from the UK or other English-speaking countries, English is widely spoken throughout Northern Cyprus and English is taught as a second language in Cypriot schools.

Where Northern Cyprus is and how to get there

Cyprus is an island in the Mediterranean Sea, approximately 50 miles south of Turkey. Northern Cyprus is located on the northern and eastern side of the island. As one of the least-polluted regions in the Mediterranean, the area abounds in biodiversity and is a temporary home for nearly 300 birds migrating between Eastern Europe and Africa. So birdwatchers, come on through.

One option is to fly directly into Ercan Airport in Northern Cyprus, which means you will need to briefly touchdown at a Turkish airport on the way. Another option is to fly into Larnaca Airport in the southern part of Cyprus. This ends up being a shorter flight as you won’t need to touchdown in Turkey. Generally speaking, flights into Larnaca tend to be more affordable, plus more international airlines fly to this location.

Why travel to Northern Cyprus

As Northern Cyprus is not part of the European Union, it is home to fewer large businesses and commercial chains than the southern part of Cyprus.

In the place of more developed businesses, you can find idyllic beaches to swim at, ancient archaeological sites to explore, and sprawling coastal views free from the high-rise apartments and mega-resorts you might expect at most warm, beach hotspots. If you’ve already visited the other usual (sunny) suspects - namely Dubrovnik, Corsica, and the Greek Islands - or perhaps you’re seeking a quieter travel alternative, Northern Cyprus might just be your next destination.

There’s a reason why Northern Cyprus frequently tops lists rounding up the best European destinations for winter sun. Northern Cyprus’ Mediterranean climate means it has mild winters and sunny, dry summers by the coast. In the more mountainous regions, the climate is cooler.

The island clocks approximately 320 sunny days per year or an average of 2,700 to 3,500 hours of sunshine per year. So don’t forget to wedge that swimsuit (and more crucially, SPF!) into your suitcase. Compare this count to the UK’s average of 1,493 hours of sunshine each year, and you might even feel compelled to pack your bags immediately.

Just when you think summer is winding down in October, Northern Cyprus proves that there is still more fun to be had. The sea temperature is still warm during October, averaging 24 ºC. This means you can head to the island outside of peak season, and seek out more golden opportunities to pursue watersports or splash around in that new swimsuit.

That being said, it can sometimes be expensive to eat in the more populated, tourist-centric towns of Northern Cyprus such as Kyrenia, however, if you do your research or have an expert tour guide, you will be able to find the more authentic, affordable restaurants.

We have three main Northern Cyprus recommendations for you. Let’s start with paradise!

As Northern Cyprus is famous for its beaches, your trip won't be complete without visiting at least one of them. Though we are positive you will have the urge to see far more than just that.

The unspoilt landscape of the Karpaz peninsula stretches for 43 miles, from near the east coast city of Famagusta to the northernmost tip of Cyprus, and boasts gorgeous white-sand beaches. These spots are often completely empty as the peninsula is one of the most sparsely populated places on the island.

Golden Beach is considered to be one of the most beautiful beaches in the peninsula, as well as in wider Cyprus. The entire Karpaz peninsula is bound to be the highlight of your Northern Cyprus trip, particularly if you are a keen beachgoer.

If you are looking for a bit of action, particularly after the peace of the unspoilt coastline, the historic, lively harbour town of Kyrenia is a must-do. The charming waterfront spot offers busy nightlife, delicious cuisine, and a picturesque Byzantine castle.

By day, you can slip into your comfy shoes and explore the town by foot, taking to the winding streets, and mysterious alleyways of the cobble-stoned old town. You will feel like you have been transported back through the years.

Perched atop the dramatic peaks of Northern Cyprus’ is St Hilarion Castle. One of three Crusader castles in the Kyrenia mountains - and the most well-preserved - St Hilarion is a former stronghold offering panoramic views of the sea and the surrounding Five Finger Mountains. It’s also rumoured that the castle was the inspiration for Walt Disney's Sleeping Beauty.

Things to do in Northern Cyprus

There are a variety of things to do in Northern Cyprus, but the best activities are the simple ones. Namely relaxing and dining. What are holidays for anyway?

One of the best beach hotspots in Northern Cyprus is the Salamis Bay Conti Resort. Locally rated five stars, the stunning resort boasts a prime seafront location just north of Famagusta. Plus you can even have a dip at its own private sandy beach. Spend seven heavenly nights at the Salamis Bay Conti Resort when you join us on one of our Christmas or New Year tours in Northern Cyprus.

The local food in Northern Cyprus has been shaped over time by a variety of cultural influences, but the flavours and preparation techniques are primarily of Mediterranean and Middle Eastern origin. Cypriot meals usually begin with a colourful, delicious selection of meze.

This involves a range of hot and cold starters, including fresh salads, grilled meats, and some seafood plates. While meze can be devoured as a delicious starter, it's still a full meal in itself, depending on how much you order.

Joining a tour is always a nice way to explore Northern Cyprus. If you are more set on going your own way, it’s a wise idea to book a rental car.

Hiring your own vehicle is one of the best ways to explore the island, offering unparalleled flexibility to see Northern Cyprus’ more remote regions, where the country really comes alive. There are several rental car businesses in Nicosia, Girne, and Famagusta. Be sure to book in advance, particularly during the peak summer season.

But is it safe to travel to Northern Cyprus? Is Northern Cyprus safe for solo travellers and more specifically for solo female travellers? Considering tourism is extremely important to the island and constitutes a significant portion of Northern Cyprus’ economy, it can be considered a safe place for tourists.

Solo female travellers will find Northern Cyprus to be a safe travel destination. It is only advised that you follow the same kind of safety precautions you would take in another destination. This means sticking to the main touristic paths (unless travelling with an experienced guide), planning your journeys in advance, and updating your loved ones back home about where you will be, and how they can best reach you. It’s always good to regularly check in.

Over 50s travel in Northern Cyprus

If you’re over 50 and you’re craving a holiday where you can kick back and comfortably be assured that every aspect of your trip is sorted, Newmarket Holidays can help you. We operate a range of tours to Northern Cyprus which cover off many of the sites we have explored above. Travel with us to experience the following Northern Cyprus highlights:

If you’re wondering about the age range of the people on our tours, it varies! Generally, our customers tend to be aged over 30, but they are usually over 50. If you have any further questions about Northern Cyprus or tours, feel free to get in touch.