Beginning its life as meltwater from The Rhone Glacier in the Swiss Alps, a glacier so precious that it spends its summers wrapped in blankets, the Rhone flows into Lake Geneva and on into France’s beautiful Burgundy and Provence.

On its winding route the river, one of France’s largest, is joined from the north by the Saone as it flows through idyllic towns and villages, grand cities, and rolling vineyard-covered hills, towards its mouth and the warm blue waters of the Mediterranean Sea.

North of its confluence with the Rhone, the Saone’s banks teem with interest and scenic delights; historic towns such as the Cote d’Or town of Chalon-Sur-Saone, with its fascinating medieval quarter, and famed wine-producing town of Macon, vie for the eye’s attention with countryside to inspire a thousand oil paintings.

At the confluence of these two great French rivers sits UNESCO-listed second city Lyon, for centuries a wealthy centre of the silk trade, and now a prosperous gateway to both the Alps and sun-kissed Provence.

Further south yet, the Rhone flows passed beautiful Tournon, an idyllic town set opposite vineyard-clad slopes, in the shadow of its ancient castle, and City of the Popes, Avignon, dominated by its monumental Palais des Papes.

Join us on an A-ROSA river cruise on the Rhone and explore the South of France. 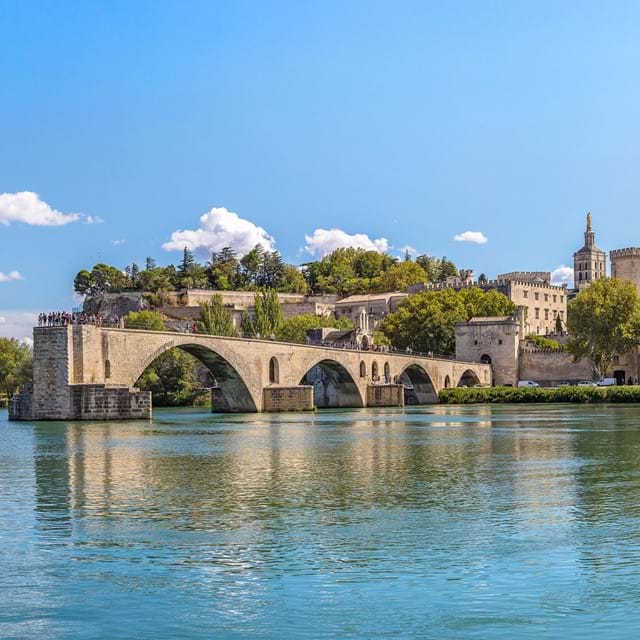 The Rhone, Burgundy and Provence