RIVER CRUISES ALONG THE RHINE

Enjoy a marvellous voyage that takes in the very best of the majestic, sweeping Rhine, with its fairy-tale castles, picturesque towns and vineyard-backed villages.

Beginning as a trickle from Lake Toma high in the Swiss Alps, it’s not long before the mighty Rhine begins to shape the map of Europe, forming the western border of Liechtenstein – just one of six modern-day national borders that trace this important river’s banks.

Reaching Basel, the Rhine’s waters calm and flow from mountainous Switzerland, towards the vibrant Alsace city of Strasbourg - splitting France from Germany as it goes. Leaving the French border, the Rhine passes close to fairy-tale Heidelberg and flows through Baroque Mannheim, towards Mainz, a city steeped in history and first settled by the Holy Roman Empire as far back as the first century BC.

Continuing through Germany, the Rhine flows through the mesmerising Rhine Gorge, a UNESCO World Heritage site, and through the classic Middle Rhine of picture-book wine-villages, vineyards and ancient castles, before passing the prosperous city of Cologne with its twin-spired cathedral, and lively, chic Dusseldorf.

At the Dutch border, the Rhine splits into various distributaries and helps to form the enormous delta that shapes Netherlands’ landscape – and helps create the famous Dutch waterways. From here, the river’s course is harder to discern, though this is of no odds to those contentedly exploring the windmill-dotted Dutch landscape, en route to maritime Rotterdam or colourful Amsterdam.

Join us on an A-ROSA river cruise and explore the Rhine's scenic surroundings. 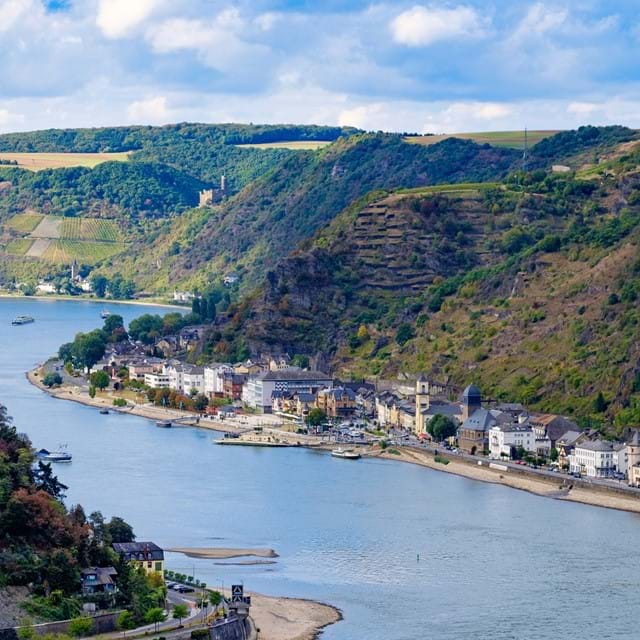 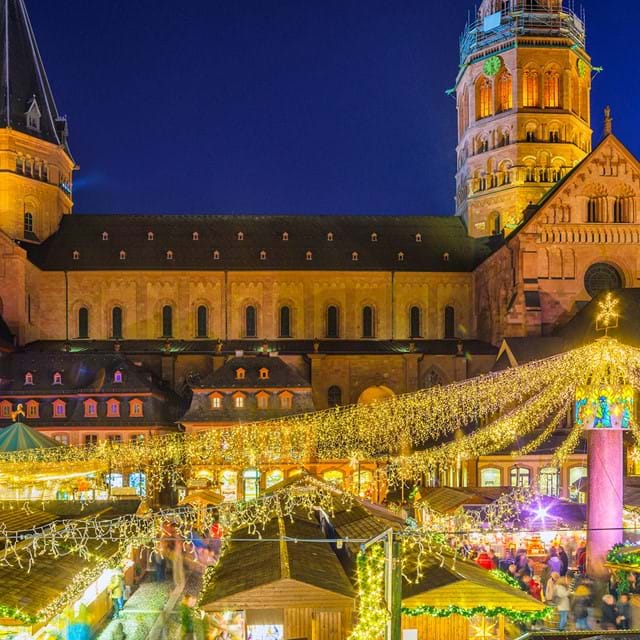 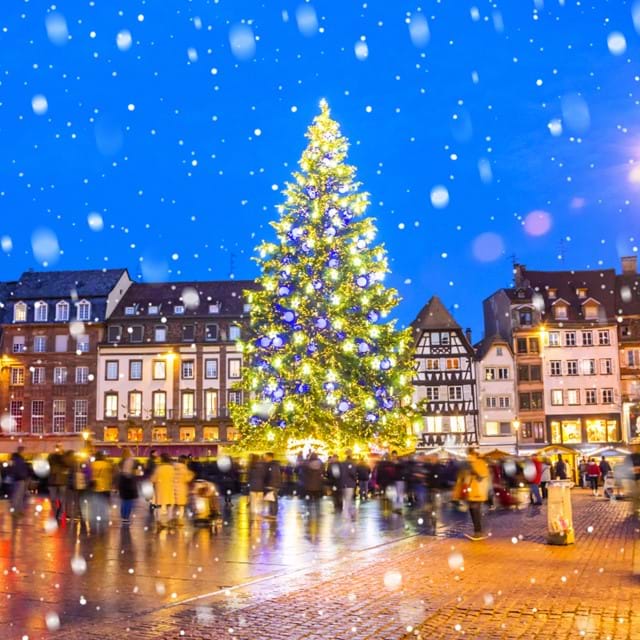 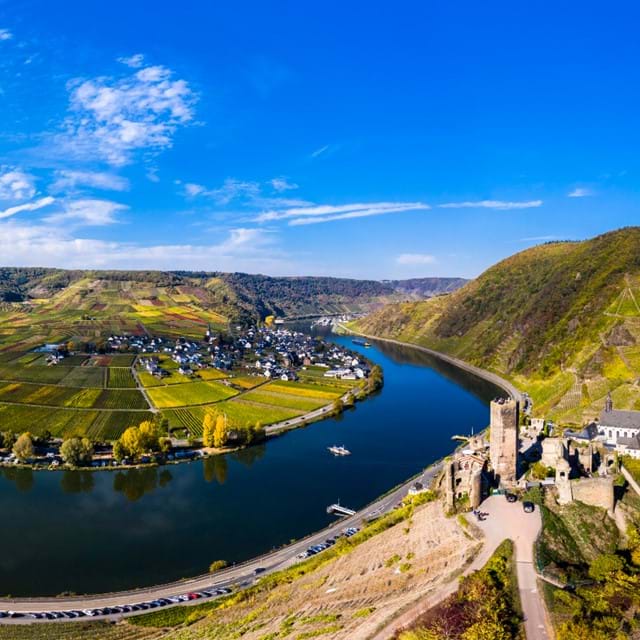 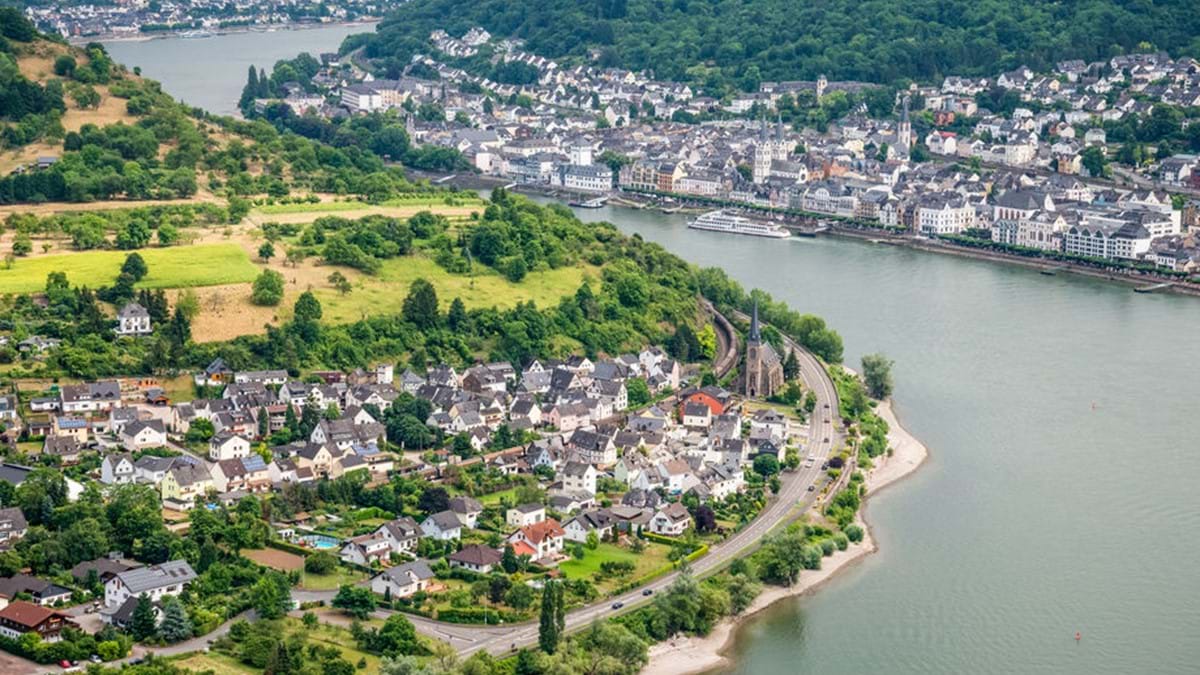 Sail into the UNESCO-listed heart of the Middle Rhine, heading through the narrow gorge beneath the remarkable Lorelei, the legendary rock from which sirens were said to have lured sailors to their fate. 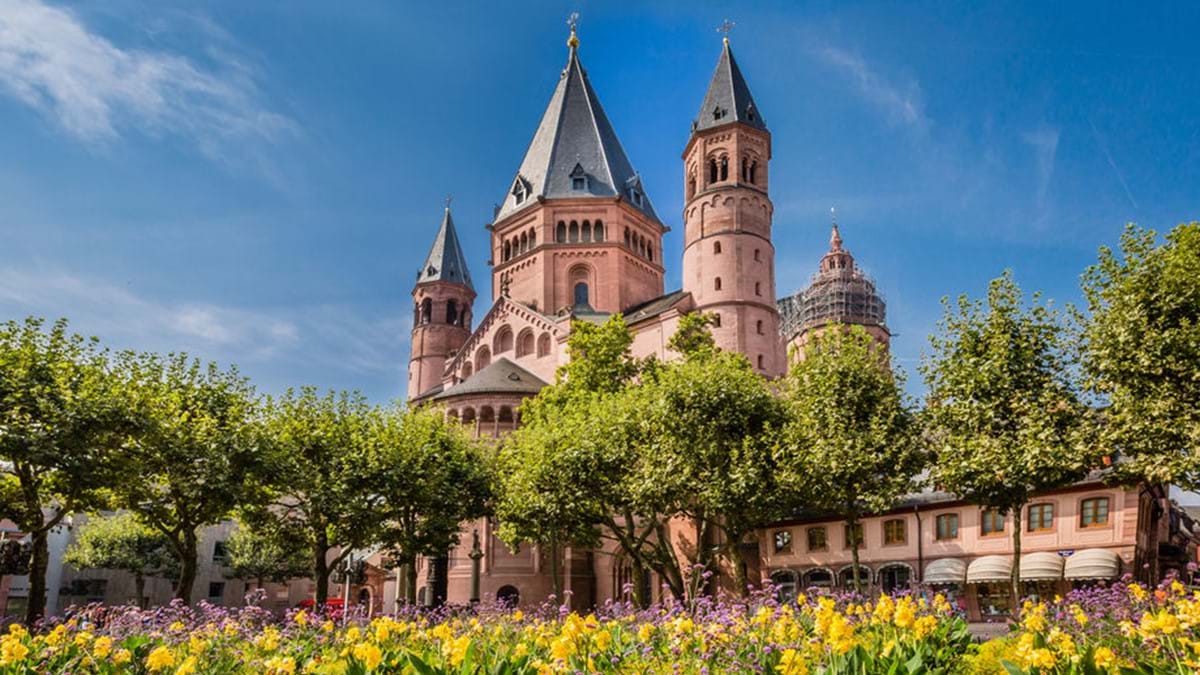 Sail to historic Mainz, home town of Johannes Gutenberg, the father of the printing press. This once hugely powerful city, with its six-towered cathedral, Gutenberg Museum and delightful Altstadt, is a wonderful place for a walking tour. 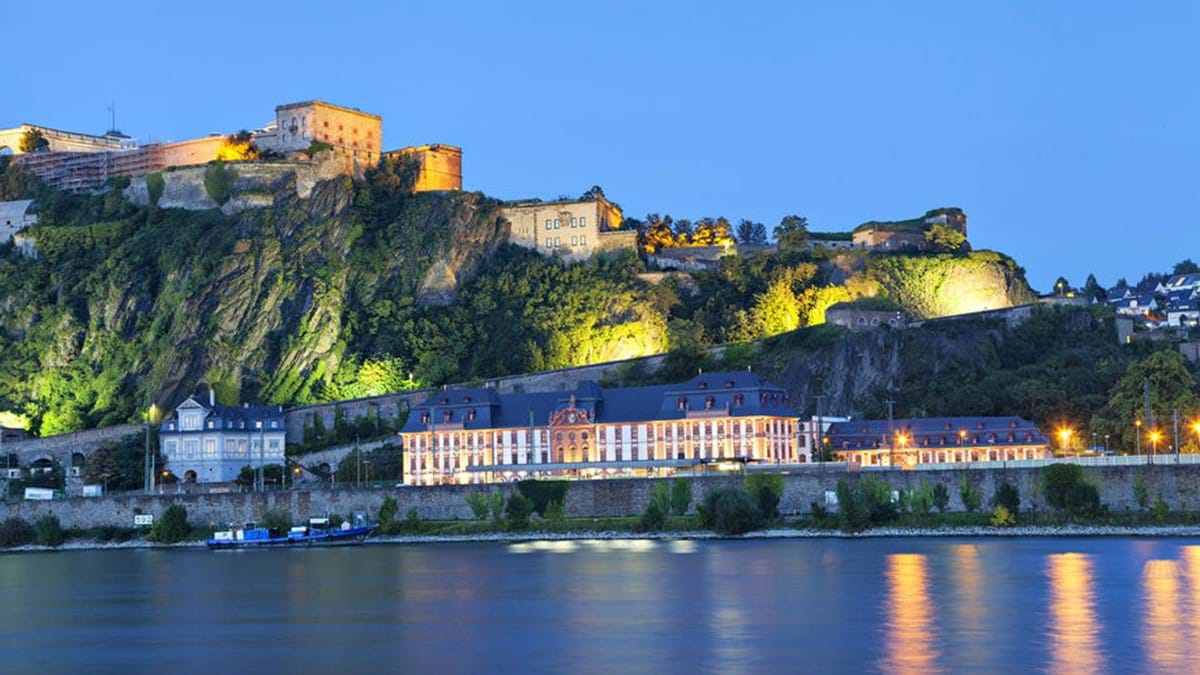 Pass through the glorious Rhine gorge to Koblenz, where the Moselle joins the Rhine, in a confluence overlooked by the mighty Ehrenbreitstein Fortress.