JOIN US ON A HOLIDAY TO VALLETTA

Savour the European Capital of Culture year-round, thanks to its sunny Mediterranean climate.

Sitting on a peninsula in the east of Malta, Valletta has got to be one of Europe’s most underrated cities. Small in size but big on culture, the city is home to numerous heritage sites, museums and cultural hubs.

The fascinating city has been the sunny island nation’s capital since 1571. Boasting a naturally-formed Grand Harbour - considered to be one of the most stunning ports in the world - the city offers views of the sparkling Mediterranean from its many outdoor restaurants, wine bars, and most of its charming cobblestone streets. One of the best parts about this destination is the temperate climate, making it a year-round choice for your next escape.

For a touch of greenery in Valletta, spend the afternoon wandering through the Upper Barrakka Gardens. This stunning public garden dates all the way back to 1661, when it was used by Italian knights during their leisure time. This botanical delight also offers a vantage point of the city’s gridded streets and colourful port.

Get an epic glimpse of Valletta’s Christian past with a stop at St. John’s Co-Cathedral. The fortress-like structure is surprisingly opulent inside, featuring Italian artist Caravaggio’s largest masterpiece: The Beheading of Saint John the Baptist. Considered to be ‘one of the most important works in Western painting’, a visit to the cathedral is simply unmissable.

Discover Malta’s culture capital on one of our incredible holidays and tours. 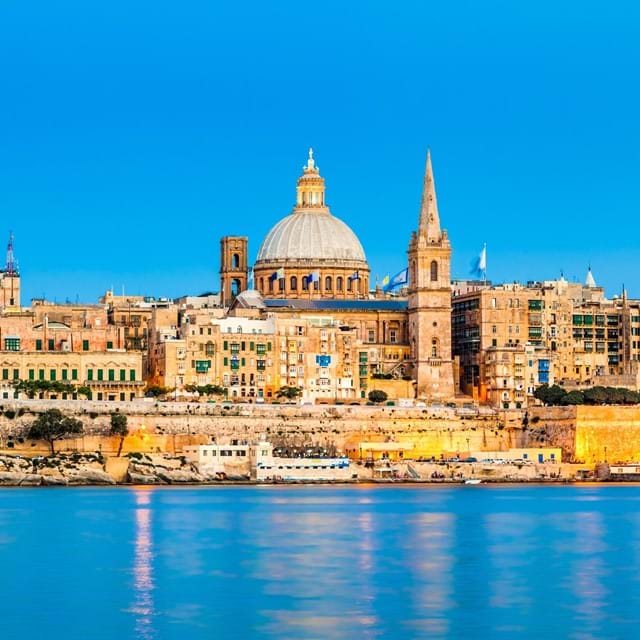