JOIN US ON A HOLIDAY TO Dubrovnik

Welcome to Dubrovnik, home to a glorious fortified old town that is considered the most beautiful in the Adriatic, perhaps even in all of Europe.

Appropriately known as the Pearl of the Adriatic, Dubrovnik’s old town is one of those places you have to see to believe. Backed by sweeping limestone cliffs and flanked on three sides by the brilliant blue Adriatic, the old town’s setting is second to none.

The city’s main draw is undoubtedly the UNESCO-protected walled old town, which was settled in the 7th century and has miraculously emerged through the centuries unscathed. Game of Thrones fans will no doubt recognise the old town, which is by far the most beautiful on the Adriatic. The port area of the city, in the north, is also worth exploring, with several bars and restaurants on the waterfront.

The old town is accessible through four dramatic gates, and its cobbled streets are lined with cafés, restaurants, churches and museums, hunched around old squares and fountains. It’s main thoroughfare is paved with marble that has been polished by the feet of millions of visitors over the centuries.

Dubrovnik is also a great base for excursions and boasts a fascinating range of day-trips, including to neighbouring Montenegro and Bosnia, and to several Croatian islands, including Mljet and Lokrum.

WHEN TO GO TO DUBROVNIK

Dubrovnik is located on Croatia’s Adriatic coast and enjoys a Mediterranean climate, with hot, dry summers and average temperatures around 25 to 35°C. Storms and rain are not uncommon during summer, and the high temperatures often last until the autumn, albeit with more chance of rain. During winter, temperatures hover around the 10°C mark, on occasion dropping to 5°C.

The city’s popularity as a holiday destination for neighbouring European countries means that it can become quite crowded during summer. Generally speaking, it is best to visit during early or late summer (April and May/ August and September). 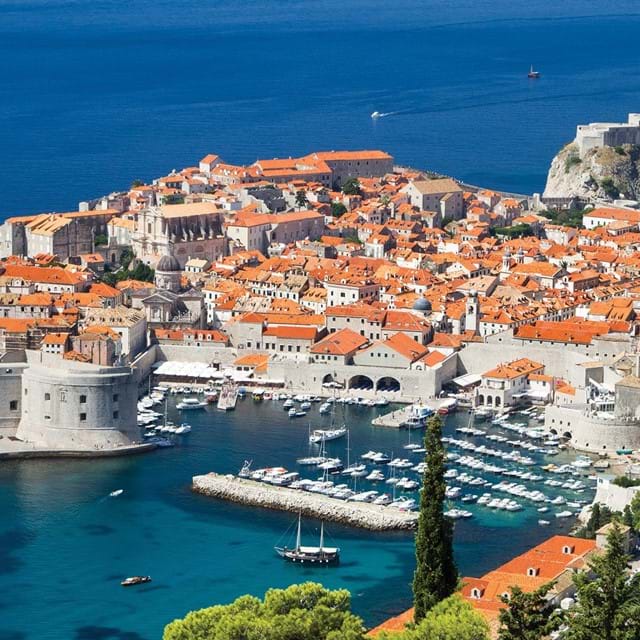 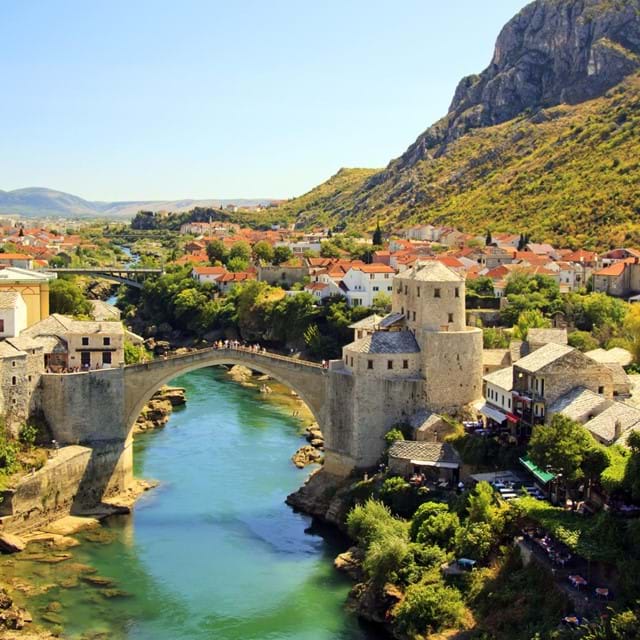 Things to do in Dubrovnik

If you do only one thing during your time in Dubrovnik, then explore the old town. Included within the 7th-century walls are a number of well-preserved fortresses. Minčeta Tower is the most famous and can be climbed for a better view of Dubrovnik. The Lovrijenac Fortress sits outside the main city wall to the west, perched on top of a high rock overlooking the melee of streets lined with shops and restaurants that is the old town. You can walk along the top of the defensive walls too, which takes about 2 hours.

Enter through the main Pile Gate to visit the Large Onofrio’s Fountain. Designed by Italian architect Onofrio in the 15th century, the fountain was built to bring water to the city as it was notoriously difficult to find fresh water in the long, dry summers. Other notable historic buildings include the Rector’s Palace, Dubrovnik Cathedral, St Saviour Church and the Franciscan Church and Monastery.

Nearby Lokrum Island is well worth visiting too. You can catch a ferry from the old town harbour for the 15-minute trip. Carpeted with dense and fragrant vegetation, Lokrum is home to majestic holm oak forest, where peacocks and rabbits roam freely. Walking trails are laid out from the ferry point across the island, passing other interesting sights along the way.

For an unforgettable bird’s eye view of the old town, take the cable car to the top of Srđ, the mountain overlooking Dubrovnik’s Old Town. From the top, a vast expanse of blue engulfs the horizon while a small, terracotta-roofed built-up area stretches along the shore. 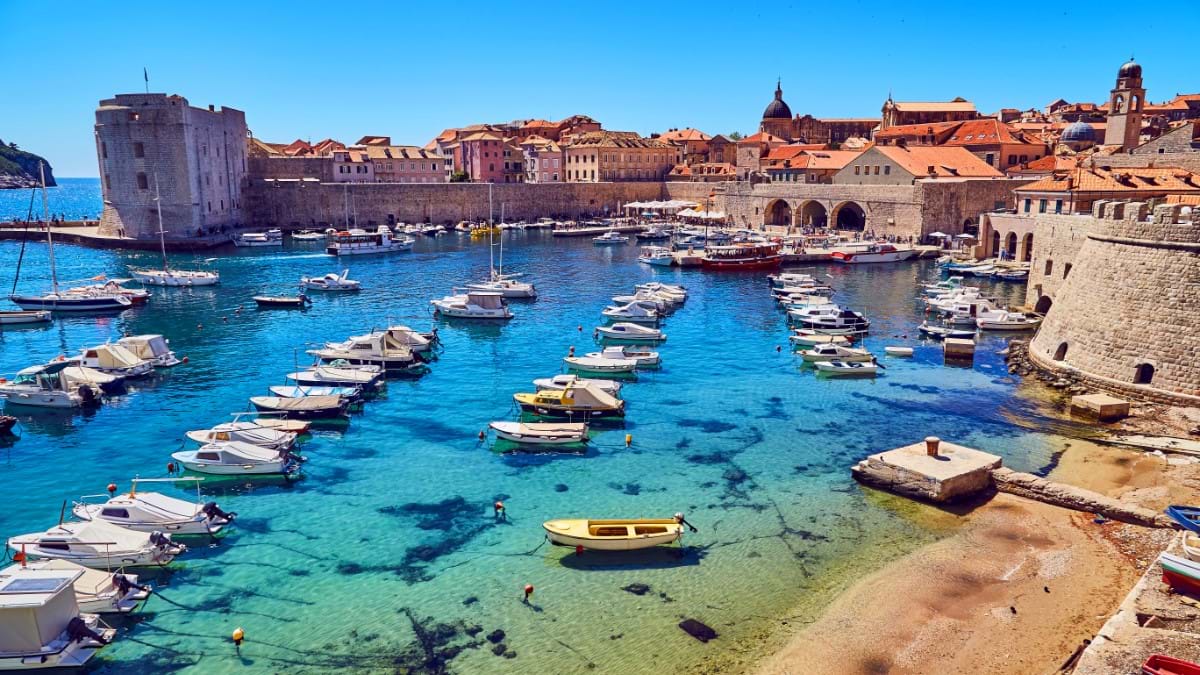 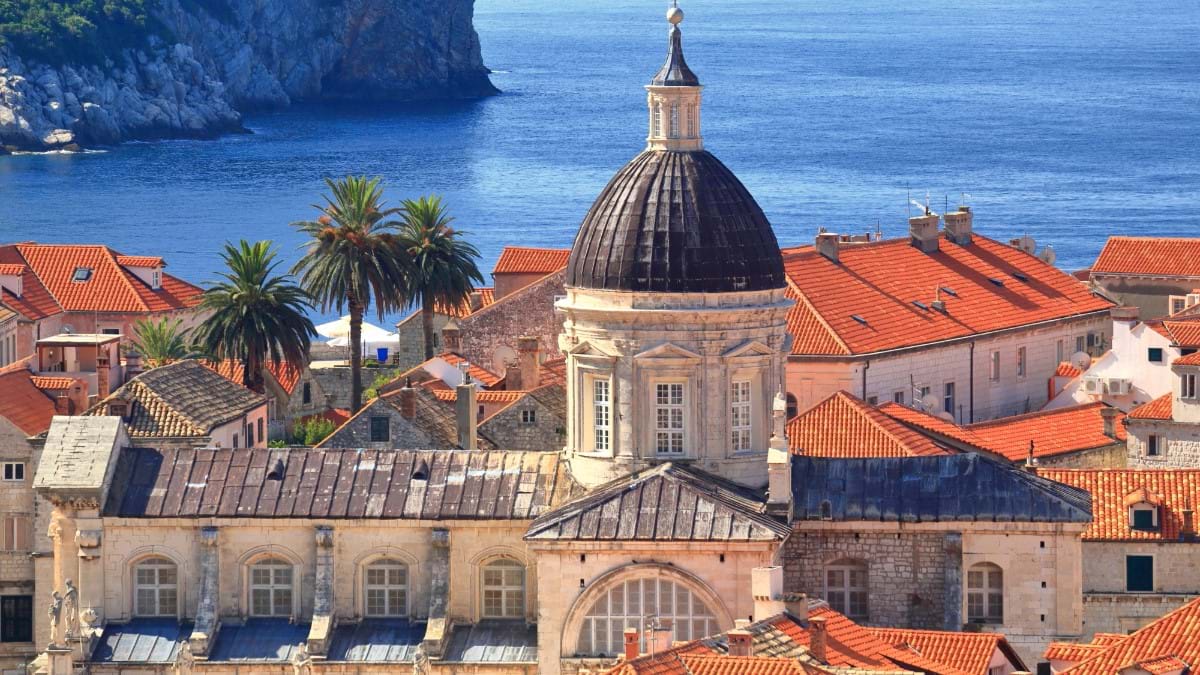 The Cathedral-Treasury church of Dubrovnik, Croatia. 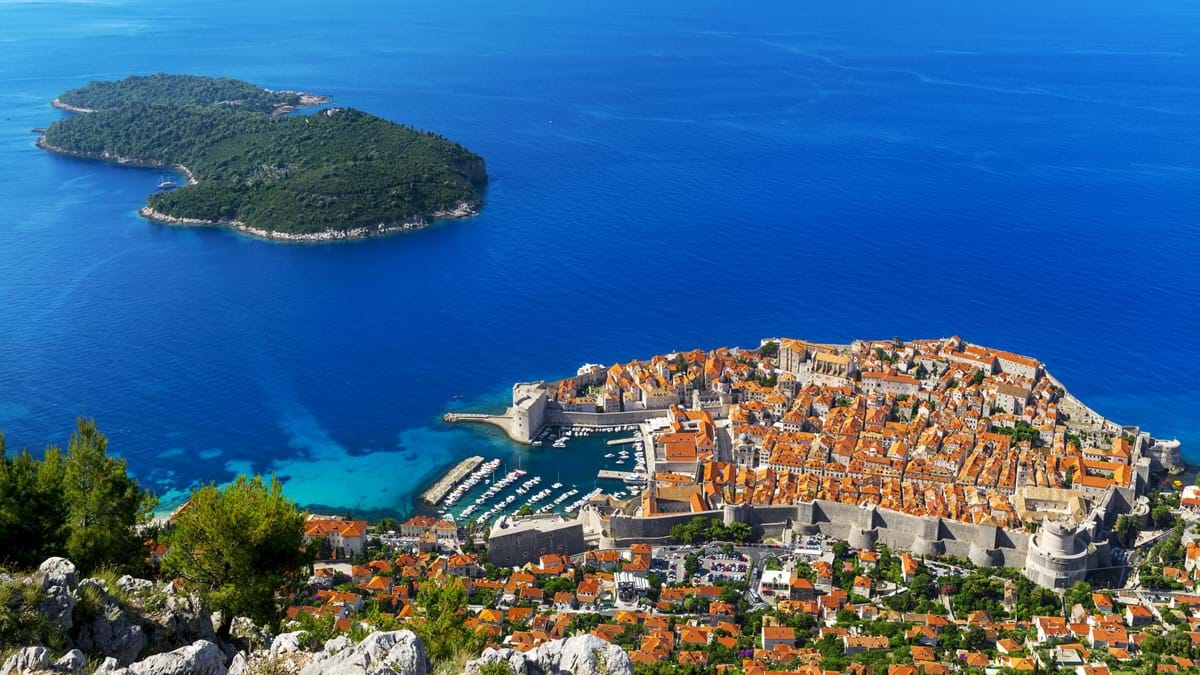 Aerial view of Dubrovnik, medieval walled city (it is on UNESCO World Heritage List since 1979) and Lokrum Island (nature reserve). 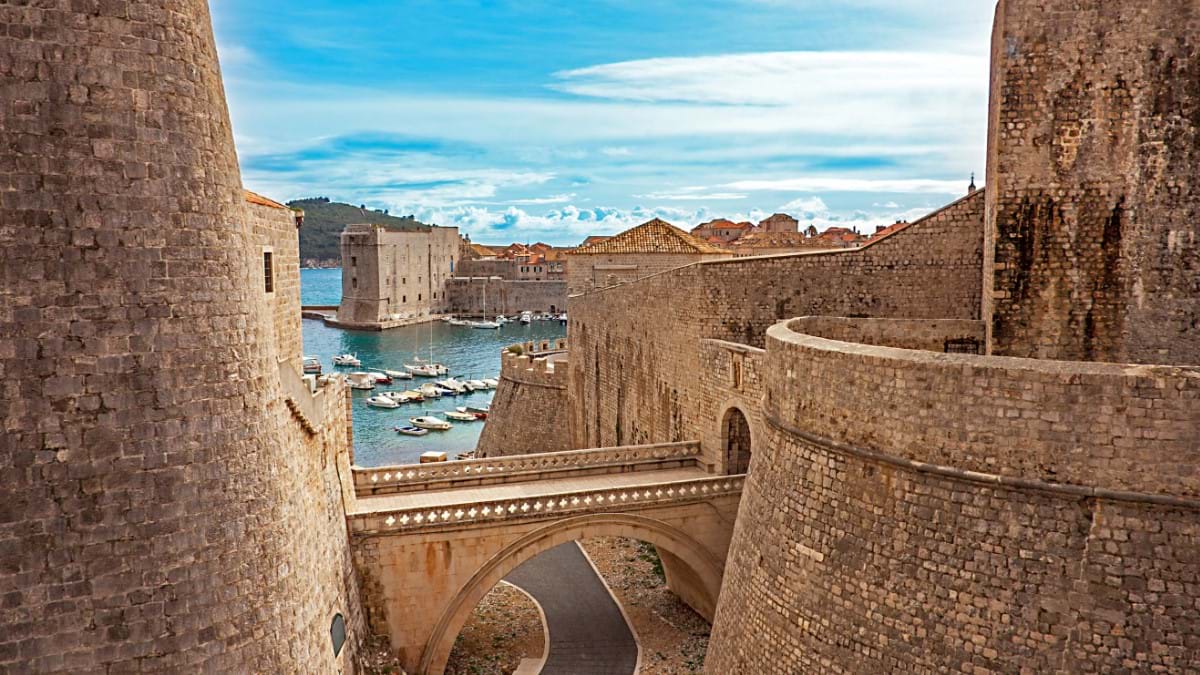 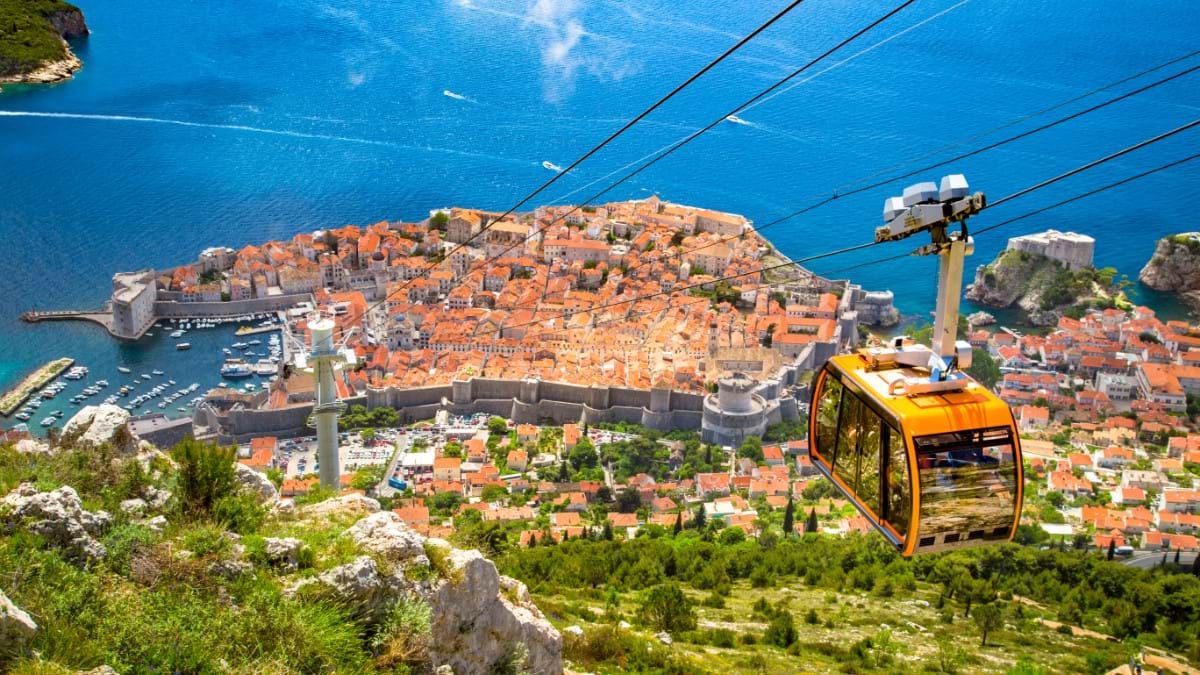 Aerial panoramic view of the old town of Dubrovnik with famous Cable Car. 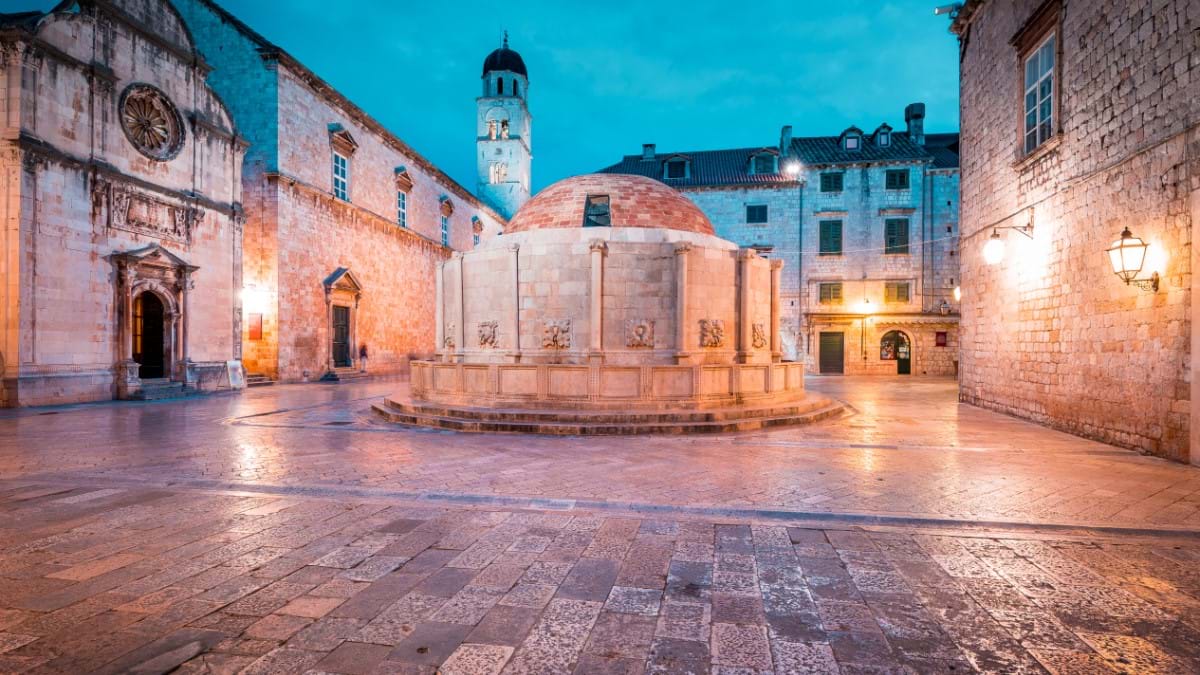 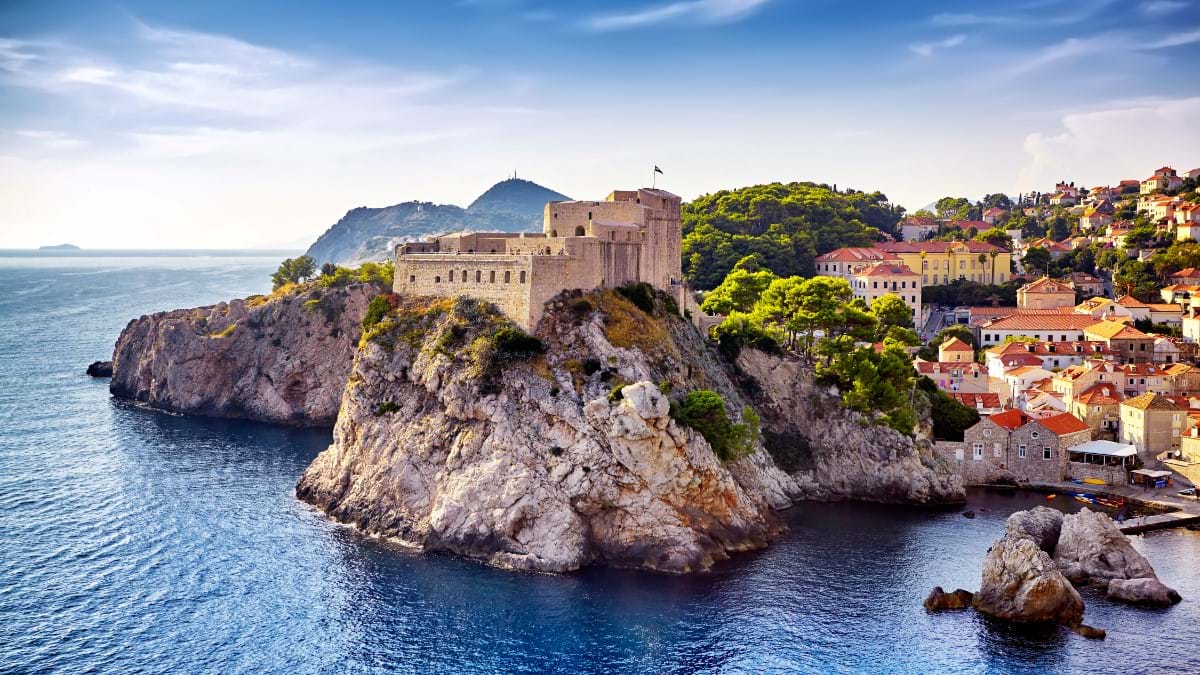 Food and Drink in Dubrovnik 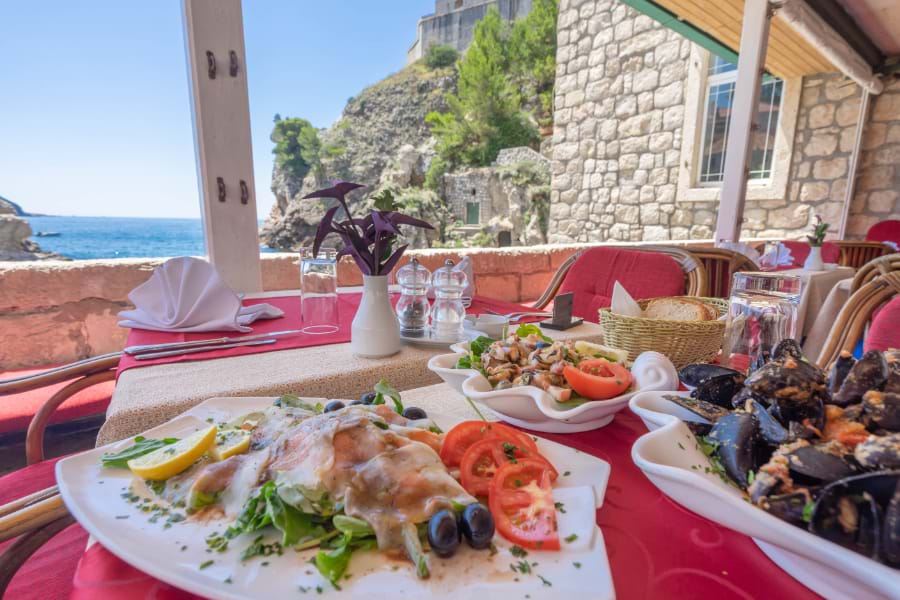 Croatian cuisine tends to be heavily influenced by nearby countries, together with those that have historically ruled the country, including Italy, Austria, Hungary and Turkey.

Typical Croatian dishes include fresh seafood, pizza, Istrian ham salad, black risotto, barbecued lamb and grilled sardines, all of which you’ll find to be readily available in Dubrovnik, along with an abundance of international cuisine.

First trip to Dubrovnik? Here are a few questions you might have.