The most scenic railway journeys in the UK

There’s no doubt that the beauty of exploring the UK is that you can easily access every part of it after just a few hours spent on the road. However driving isn’t always everyone’s idea of fun, especially long-distance, and needless to say, the UK’s motorways aren’t exactly renowned for their sprawling scenic views. This is where the multitude of railways across Great Britain truly come into their own, offering some of the most scenic journeys that simply can’t be enjoyed any other way. Take away all the worries of long road trips, sit back in your carriage and take in the UK’s natural beauty at its absolute best, that’s what railway journeys are all about. In fact with so many wonderful routes to choose from, we’re sharing our pick of the most amazing train journeys that the UK has to offer. 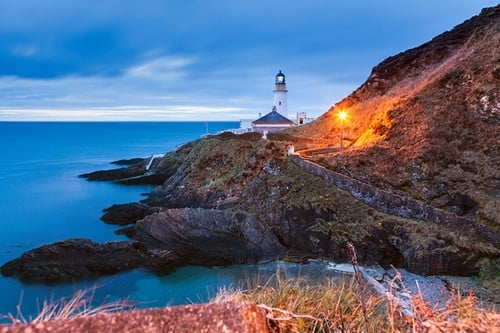 The Isle of Man, a wonderful holiday hub that combines a refreshing mix of crisp sea air, soft sandy bays and a peppering of independent cafes, shops and pubs. Not to mention the island’s unmissable attractions and mountain landscapes which can all be discovered on our Isle of Man Railway Holiday. This five day journey begins with a trip on the Isle of Man Steam Railway departing from the authentically Victorian Douglas Station this railway journey runs all the way to Port Erin, however you’ll jump off at Castletown to enjoy a guided tour of historic Castle Rushen, before continuing on to the final stop. In Port Erin you’ll have the opportunity to visit the railway museum which is only fitting as part of your trip!

Our Isle of Man Railway Holiday also includes a chance to experience the Manx Electric Railway, the longest electric railway in the UK covering 17 miles of stunning scenery across both coast and countryside. While your final day will welcome you aboard the Snaefell Mountain Railway which connects to the quaint village of Laxey before reaching the Isle of Man’s only mountain summit, where (on a clear day), spectacular views greet visitors for an unmissable photo opportunity. 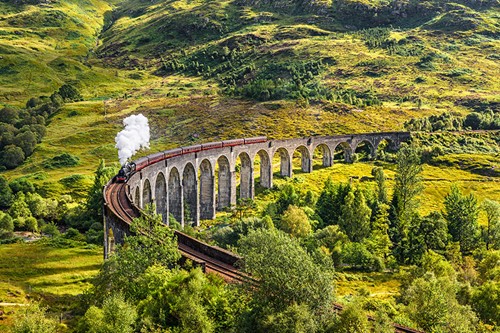 The Scottish Highlands are without doubt one of the UK’s must-see destinations for fans of rolling landscapes and a truly authentic ‘out in the sticks’ atmosphere. Unsurprisingly, the Highlands are also home to some of the most scenic railway journeys in Scotland and the UK, which is why we’ve included our top three in our Scottish Highland Rail Tour.

Board the Kyle Line and make the most of the 2.5 hour journey from Inverness to Kyle of Lochalsh where you’ll be rewarded with scenic views of the Isle of Skye, Liathach and the unforgettable Loch Carron - a true Highlands postcard picture. Yet, a worthy rival for this line is the Strathspey Steam Railway which is arguably one of the best ways to experience the best views of the Highlands thanks to this route’s virtually unspoilt panoramic views out to the River Spey and Aviemore with plenty of mountain-topped scenes along the way.

The final route on our railway adventure across the Scottish Highlands is a classic journey from Fort William to Mallaig. A renowned line amongst railway fanatics and locals alike, the Strathspey Railway delights passengers with views of an array of glistening lochs, and of course the iconic arches of Glenfinnan Viaduct most recognisable as the Hogwarts Express route in the Harry Potter films. Stopping in the beautiful port of Mallaig, visitors are encouraged to enjoy a stroll around the harbour for a feel of this traditional fishing town. 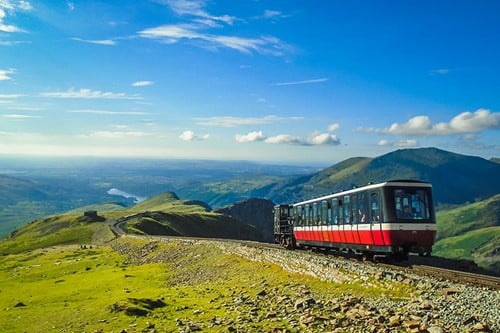 The Snowdon Mountain Railway is widely regarded as one of the most scenic railway journeys in the UK, and it’s easy to see why. Since 1896, this railway has been transporting passengers from Llanberis all the way to the breathtaking summit of the Snowdonia mountains.

It goes without saying that this 1085m ascent comes with some incredible views along the way. In fact, not long after you depart you’ll be rewarded with the sight of the Ceunant Mawr waterfall as well as Waterfall Halt dramatically plunging over the cliff face. Moving onwards, passengers can expect to wind through beautiful countryside landscapes before arriving at Halfway Station where the steam engines will be refuelled with water before continuing on to the last leg of the journey where passengers can now enjoy views of the Rocky Valley below before arriving at the grand finale - the summit. Hafod Eryri certainly won’t disappoint with its panoramic views across the Welsh countryside and even out to Ireland on a good day.

Tickets range between £25 and £40 depending on which stream train you book.

Early Bird tickets are also available when you book for the 9am departure. 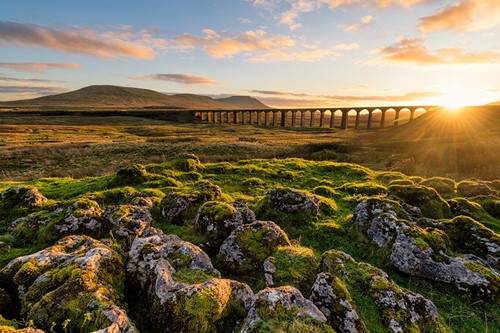 Aside from the Highlands, one of the most scenic railway journeys in the north of the UK is most definitely the Settle to Carlisle route. A favourite for millions every year, the Settle to Carlisle journey is in fact part of the UK rail network as opposed to being a heritage railway. Despite this, it is renowned for the stunning Victorian architecture, traditional station buildings and grand viaducts that passengers can expect to see on this railway journey. In total, the route covers no less than 21 viaducts, with the 24-arched Ribblehead Viaduct just across the Cumbrian border being one of the most impressive.

Other sights to be enjoyed on the Settle to Carlisle route include the Force Gill Aqueduct, a beautifully restored water tower at Settle Station and a whole host of line-side huts, many of which are no longer in use but are still worthy points of interest along this 72 mile journey.

Tickets can be purchased from a number of providers depending on whether you choose to travel via the standard railway network or via steam train. Standard tickets can start as low as £10 for a single fare, with UK rail trains running regularly every day. 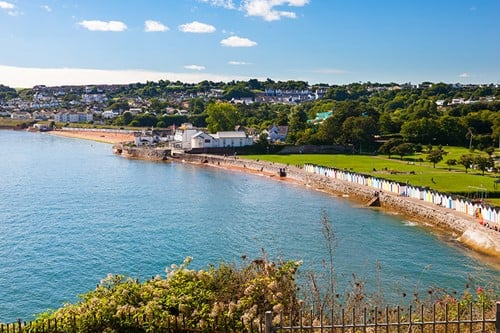 The Riviera Line between Exeter and Paignton is commonly listed as one of the most scenic coastal train trips in the UK and with good reason. Following along the Exe estuary and the beautiful coast of the west, this railway journey stops at some of England’s best loved coastal hotspots including Dawlish, Teignmouth, Torquay and finally Paignton. While some say the most impressive parts of this route are between Starcross and Teignmouth, the remainder of this hour-long journey is certainly not one you’ll want to miss. And with stops at so many bustling British seaside towns, you may even want to hop off for an ice cream or a bag of salty chips for an al fresco lunch on the beach.

Day return tickets can start as low as £8 per person for this route with two trains running every hour between Monday and Saturday, with less frequent availability on Sundays.

Intrigued by the sound of a railway tour for your next holiday? Why not browse our collection of Rail Holidays for even more inspiration.