A walking guide to Belfast

While it may not be as popular with tourists as other cities in Ireland, Belfast is full of charm and character - not to mention plenty of things to do and see. The city may have had a troubled past, but today it is a bustling metropolis, bursting with fascinating history, great culture and a thriving culinary scene. Happily, being largely off the tourist trail means that the city has held onto its authenticity, and, despite its rich heritage and world-class restaurants, it never feels too crowded.

As the birthplace of the ill-fated Titanic, the city has a whole quarter dedicated to the famous ship, providing visitors with ample opportunity to learn much more about it. The historic city centre has its fair share of beautiful architecture as well as a burgeoning modern arts scene, while those keen to learn more about 'The Troubles' will find West Belfast riveting. South Belfast is home to a vast array of fantastic dining and drinking spots, and it is here you'll find the last remaining red brick Victorian terraces that were once synonymous with the city.

Being a relatively small city, Belfast is best seen on foot. Spend a day working through an itinerary of the historical and cultural highlights in the city - you'll find a wealth of great options to stop and refuel along the way. From museums and memorials to markets and galleries, there are plenty of attractions to suit every traveller's taste. Ready for your very own Belfast walking tour? Here are our top picks of the city's best sights and attractions to explore by foot. 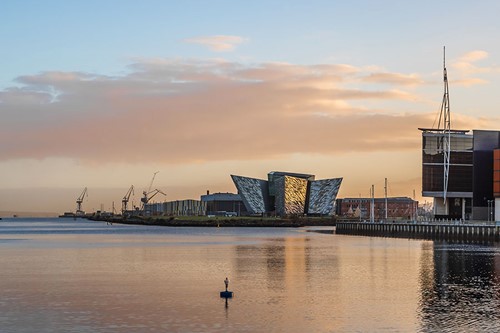 The RMS Titanic is an incredibly important part of the city's history, which is why we've built our Belfast tour holiday around it. A visit to the Titanic Quarter is a must. Here you can explore the city's rich maritime history, starting with a visit to the SS Nomadic. This ship, used to transfer passengers from Cherbourg to the Titanic, has been carefully restored and provides a fascinating glimpse at what those passengers experienced more than a century ago.

Next, head to the adjacent Titanic Belfast to wander through its nine interactive exhibits showcasing how the ill-fated ship was constructed. If you haven't yet had your fill of maritime history, there is also the nearby HMS Caroline; a surviving cruiser from the First World War's Battle of Jutland. 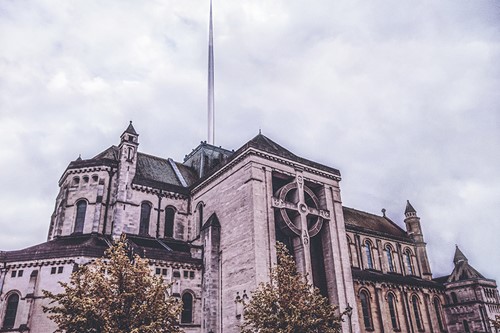 No Belfast walking tour would be complete without a visit to the city’s Cathedral Quarter. This area is home to St Anne’s Cathedral; very probably the most well-known church in Belfast. Built in 1899, the church houses several intriguing features, including stunning mosaics, the Titanic funeral pall and the tomb of Lord Edward Carson; one of the very few non-royals to have received a state funeral.

This corner of the city is also home to a thriving arts scene. Colourful murals can be spotted scattered around the area, and the Metropolitan Arts Centre (MAC) and Black Box offer the chance to see thought-provoking pieces from local artists. Stop for a drink at one of the trendy little cafes lining the area's narrow cobbled streets, or call into the Merchant Hotel, with its stunning 19th-century architecture and world-renowned cocktail bar.

City Hall is another great stop for your Belfast walking itinerary. Built in 1906 following Queen Victoria's declaration of Belfast as a city, the building, complete with green copper dome, is magnificent. Today it serves as the headquarters for the local council, though visitors are welcome thanks to the 15-room exhibition space housed here, showcasing the fascinating history of the city through a range of artefacts and photographs. Guided tours are available throughout the day and offer an exciting opportunity to glimpse the most stately rooms, including the Grand Staircase and the Chamber.

If you’re a lover of fine historic architecture, you might like to take a look at our guided tour holiday of West Ireland, which includes a visit to the spectacular Kylemore Abbey.

As the last remaining Victorian theatre in Northern Ireland, the Grand Opera House is a delightful addition for all walks in Belfast. Built in 1895, the theatre's interior is every bit as impressive as its name would suggest. The building has had an interesting history, having been turned into a cinema in the 1950s and then nearby being destroyed during The Troubles of the 1970s. After being converted back to a theatre in 1980 the Grand Opera House still offers a full calendar of performances including plays, musicals, pantomimes, ballets, and of course, operas. Guided tours are available, usually on weekends, and include plenty of behind-the-scenes glimpses into the history of the venue, as well as the lives of its performers past and present. 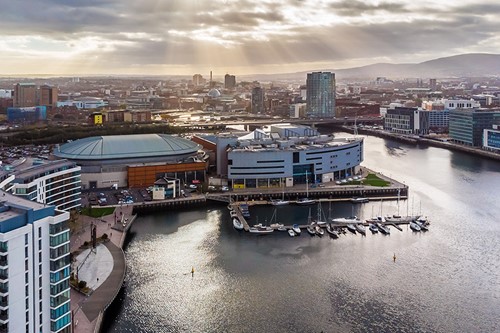 Head out of the city centre and walk south to find the Ulster Museum, located inside the city's Botanic Gardens. There is a wide range of captivating history to take in here, all housed in the original grand venue opened in 1929. With more than 8,000 square metres of exhibition space, it is the largest museum in Northern Ireland, and covers everything from fine art to zoology. Discover an in-depth history of Ireland's past, with collections dating back to prehistoric times, the two World Wars, and more recently, The Troubles. From dinosaur bones to modern art from Francis Bacon, there is a wealth of exploration on offer for history lovers. 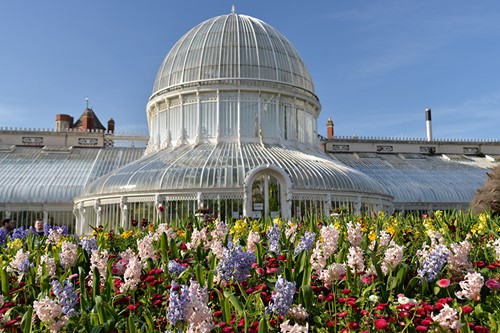 The last stop on all walks in Belfast should be the city's beautiful Botanic Gardens. First opened to the public in 1827, these historic gardens offer something of an oasis from the bustle of the city. The gardens became extremely popular during the Victorian era, when locals were especially delighted by its Tropical Ravine, showcasing various exotic plants and vegetables from faraway corners of the globe. The other main attraction is the Palm House, a world first, which often draws comparisons to the famous one at London's Kew Gardens. Entrance to the Botanic Gardens is free, making it even more worthwhile to stop by for a short respite.

Incredible history, dramatic landscapes and friendly towns and villages; Ireland is full of marvels. To explore more of this characterful country take a look at our range of Ireland holidays and tours; hassle-free trips to suit every taste.