Barcelona’s settlement dates all the way back to the 2nd century BC with Barcino, the largest Roman village outside of Rome. In the years that followed, the Gothic and Modernist periods left their distinguished mark on the striking city.

One visit to Barcelona and you will be immersed in the rich, diverse, and turbulent history of the city through its imposing Gothic buildings, Catalan art nouveau structures, medieval quarters, contemporary artworks, and bustling marketplaces. Here’s what you can’t miss: 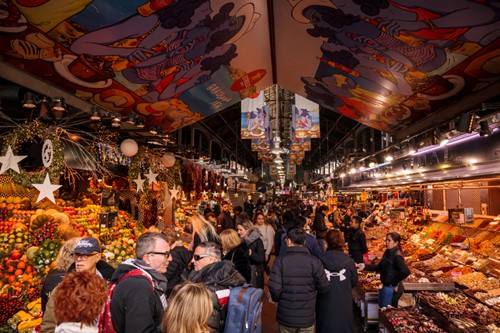 The Mercat de Sant Josep de la Boqueria, or La Boqueria, is a sprawling public market home to more than 300 food stalls. Built on the burnt ruins of the old convent Sant Josep during the 12th century, a visit to this site is one of the best things to do in Barcelona. Over the years, La Boqueria has cemented the strong market culture for which Barcelona is famous. Today, the market spans 2,583 square metres and is the city’s biggest and most well-known.

An interesting blend of tourists and local chefs and families frequent this culinary hotspot - it’s truly one of the most colourful sensory experiences to be enjoyed in Spain. Some of the food highlights include the botifarra, tasty pork sausage and fixture in Catalan cuisine, and the turrón, a traditional Spanish nougat consisting of almonds, honey, and egg whites.

The atmospheric market is the ideal location to experience a wide-ranging tasting menu of Spanish cuisine, particularly if you don’t have too much time to spend in the city. Also, it will suit the late-risers. The best time to head to the market is late in the morning. If you’re in search of bargains, perhaps a tourist to take back home, be sure to show up to the market just before the 8.30 pm-close.

You can enjoy the famous food market on your own, or as part of a guided tasting tour. Having the freedom to explore the market at your own pace is great, but consider a tour if you fancy discovering the stories behind each regional ingredient and local speciality.

The buildings of Gaudí

How can one possibly think of Barcelona without Antoni Gaudí springing to mind? The colourful architect is renowned for being at the forefront of the Catalan Modernism movement of the 19th and 20th centuries, as well as being responsible for the imaginative structures Barcelona is best known for.

Of course, his most internationally-known design is the still unfinished basilica: La Sagrada Familia. While construction commenced in 1882, the Roman Catholic basilica is set to be completed by architect Jordi Fauli and his team in 2026. La Sagrada Familia was initially designed in the style of a Latin cross, featuring five aisles and three facades. The looming pillars in the centre of the building resemble trees, giving the building a natural, forest-like feel from some angles. You can’t visit Barcelona without paying a visit to La Sagrada Familia.

Casa Milà, or La Pedrera, is another unforgettable part of Gaudí’s architectural legacy. Constructed between 1906 and 1912, Casa Milà was the final private home designed by the architect. In 1984, it was listed as a UNESCO World Heritage Site, and it’s clear why. The striking building features 32 wrought-iron balconies, a wave-like stone facade, and long considered to be the highlight of the casa, the surrealist, sculptural terrace on the roof. 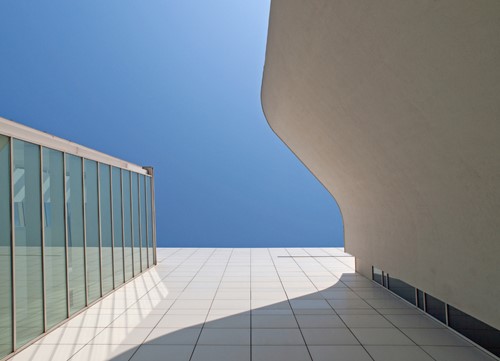 Are you typically the go-to person for contemporary art knowledge? Well, it’s time to expand your knowledge of Spain’s most brilliant creatives. The Museu d’Art Contemporani de Barcelona (MACBA) houses more than 5,000 works in its dynamic range of ever-changing exhibitions.

Opened to the public in late 1995, the relatively recent addition to Spain’s art scene features selected works that visually contextualise the cultural and political history of Spain, beginning with selected works from the avant-garde movement of the 1920s to the “central core” of contemporary art in 1968. Some of the featured artists include Gego, Eduardo Chillida, Andrea Fraser, Dora Garcia, and Esther Ferrer.

The design of the building is a must-see in itself, with the architectural style paying homage to the modernist movement. One bonus tip is to spend an afternoon relaxing in the square just outside MACBA. Plaça dels Ángels is a popular meeting point for Barcelona’s most-active skateboarders, so if you fancy getting some kickflip inspiration, take a seat in the square once you’re finished taking in all the art. 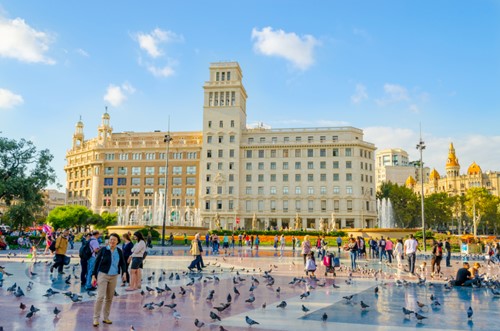 If you’re rounding up ideas about what to see in Barcelona, you can’t look past the very epicentre of the downtown area, Plaza Catalunya. This vibrant central square is situated at the northern end of La Rambla, the city’s tree-lined tourist-friendly avenue.

The plaza is also a major transport hub, so it’s a great place to begin your day. Simply sit, observe local life as it comes and goes, and get your bearings for your adventures ahead. 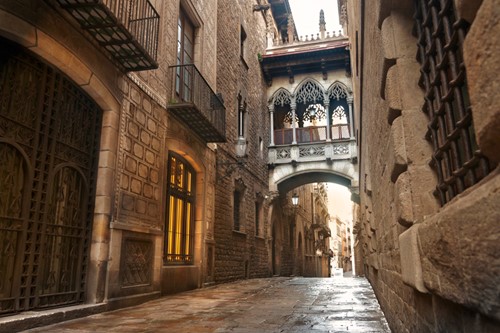 Here’s one for the keen walkers. Barri Gòtic, or the Gothic Quarter, happens to be one of the most well-preserved medieval districts in Europe. Located in the Ciutat Vella, old city district of Barcelona, the quarter stretches from La Rambla to Via Laietana.

The maze-like streets are fenced in by a 30-metre-high wall. While these narrow alleyways are fascinating to roam around today, these were actually originally built with a very functional purpose: to protect the locals against attacks and raids from pirates. The pirates were certainly onto something, there are treasures to be found on every corner in Barri Gòtic.

These days, Barri Gotic is a labyrinth packed with unique stores, tapas bars, and courtyards in which you can simply sit and take in the history of Barcelona. Be sure to visit one of the quarter’s most fascinating highlights, Barcelona Cathedral, while you’re at it. 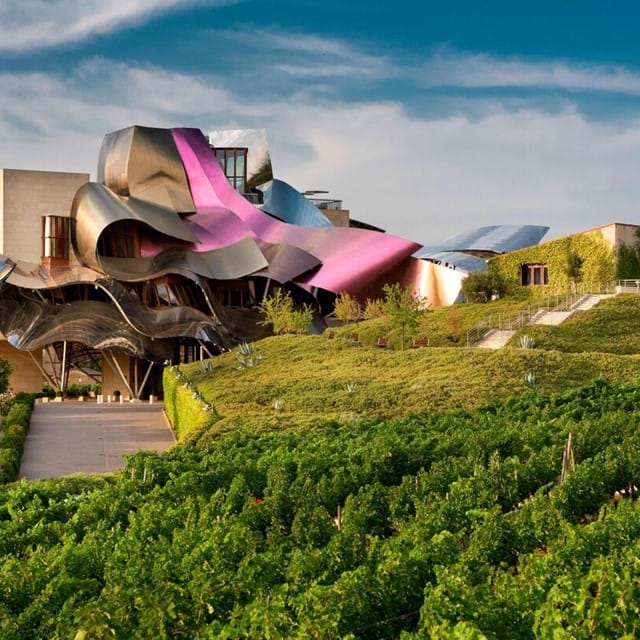 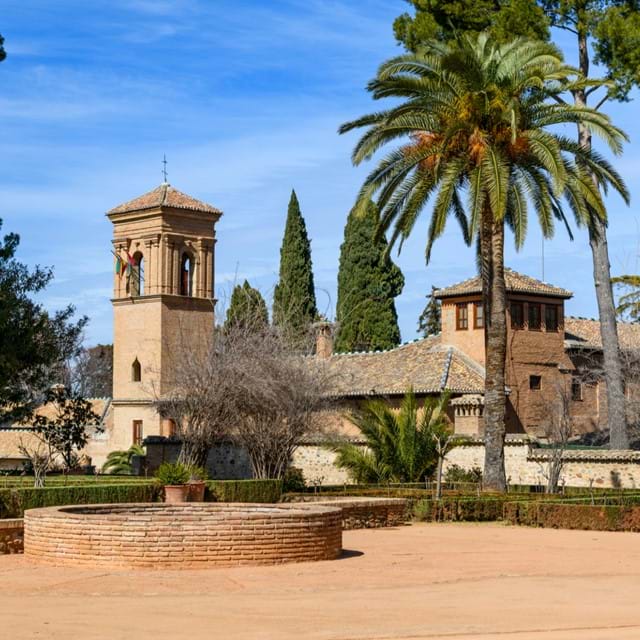 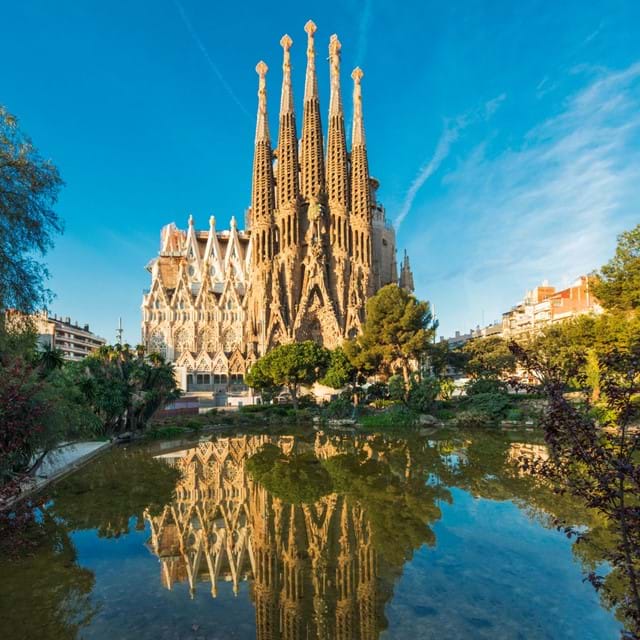