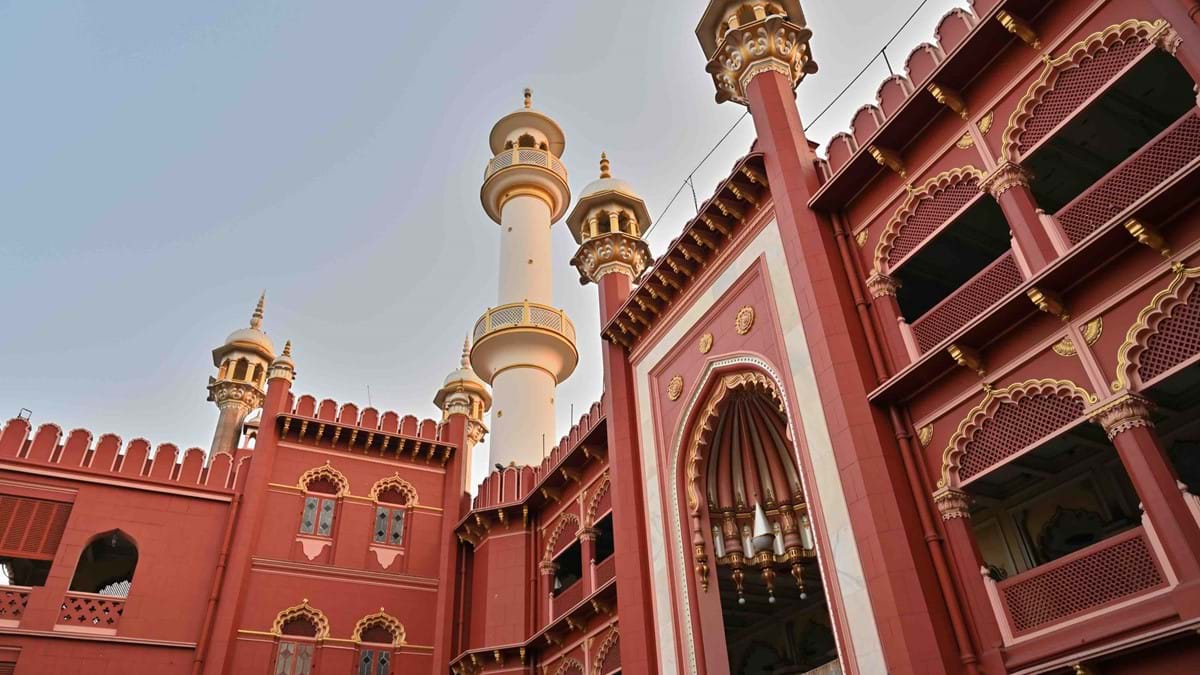 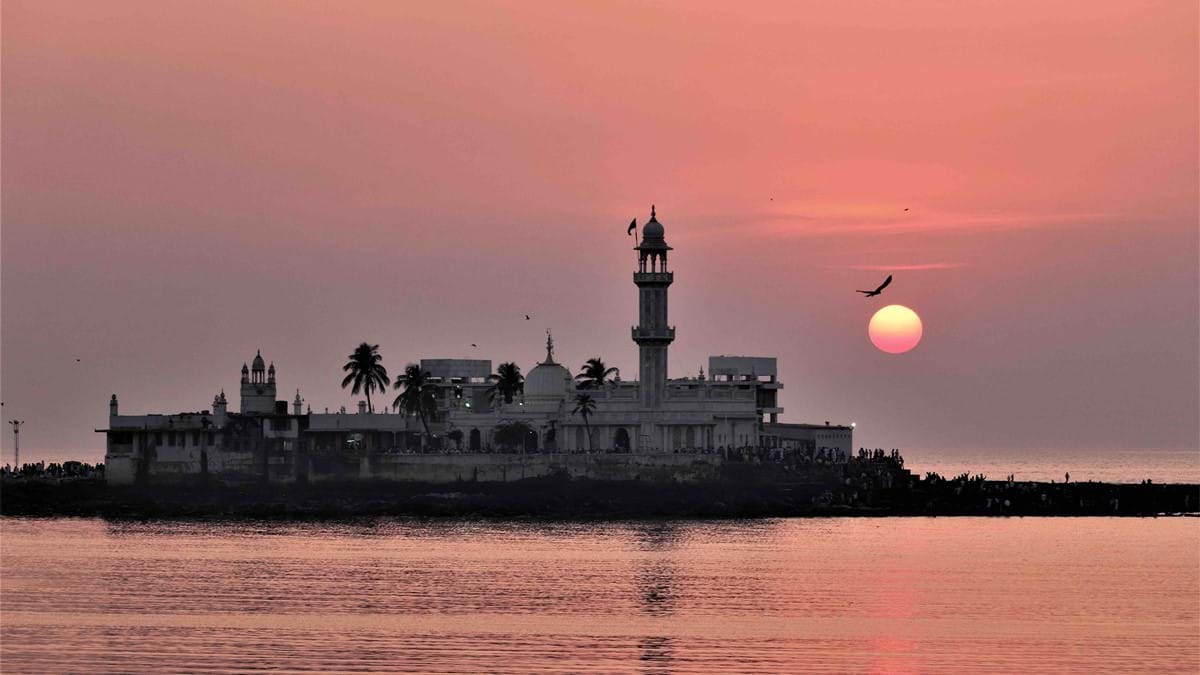 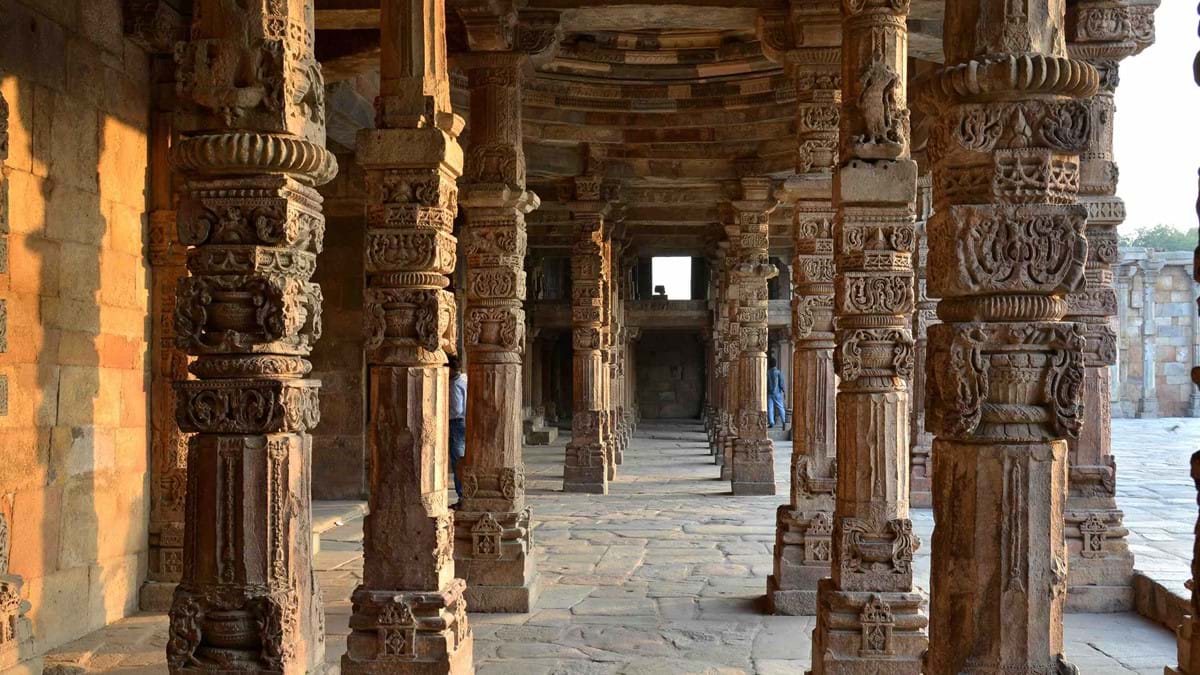 Magnificent mosques featuring opulent domes, arches, and minarets are the markings of India’s long history with Islam and its continuing importance in communities today. Serving as peaceful places of worship, mosques were also built to symbolise the power, influence, and wealth of past Islamic rulers.

We have rounded up some of the most breathtaking mosques that India has to offer.

Built in 1193 AD, Quwwat Ul Islam - meaning ‘might of Islam’ - is thought to be first mosque constructed in Delhi after the Persian Ghurids successfully invaded the country. It is one of the oldest surviving examples of Ghurid architecture in India, and one of the earliest examples of mosques in the country.

Although the mosque is in ruins, imposing arches and columns still stand, reflecting the former grandiosity of its structure.

A closer look at the carvings in the stones and columns will reveal Hindu motifs: a sign that the mosque was constructed from the ruins of 27 Hindu and Jain temples, and serving as a grand symbol of Islamic victory over Hindu rulers. On the same site of Quwwat Ul Islam Mosque is the Qutb Minar, the tallest brick minaret in the world, which was used to call dedicated followers to prayer.

One of the most popular sites in Delhi, this Mughal-era mosque was originally named Masjid-i-Jahan Numa, meaning 'mosque commanding view of the world'. With its imposing red and white façade, towering minarets, and large domes, Jama Masjid is a tremendous example of Mughal architecture, blending Persian, Arab, and Indian styles.

Shah Jahan, the same Mughal Emperor who commissioned the construction of the Taj Mahal and other notable Mughal architectural wonders, is behind this monumental structure.

It was completed in 1656 with the labour of 5,000 men before Shah Jahan fell ill and was imprisoned by his son, Aurangzeb. To this day, Jama Masjid is one of the biggest and most famous mosques in India, with visitors flocking to the mosque to marvel at its grandeur and beauty.

The inner courtyard can fit up to 25,000 people, while a climb to the top of the minarets offers exceptional sweeping views of Delhi.

Another Shah Jahan creation, the Jama Masjid in Agra was built especially for his daughter, Jahanara, in 1648. Located next to Agra train station, visitors must first ascend 35 steps to enter the courtyard and see the red sandstone and white marble structure.

Three domes tower above the rectangular mosque, displaying intricate zigzag patterns. A walk around the interior chambers of the building will reveal beautiful geometrical designs, floral motifs, and elaborate carvings.

Taj-ul-Majid literally translates as 'The Crown of Mosques' – and a single glance at this elegant structure will confirm the legitimacy of this epithet. Made of red stone, the building of the mosque started in 1868 under the reign of Mughal Emperor Bahadur Shah Zafar.

Suffering from lack of funds, there was a long delay in completion, with construction only resuming in 1971.

Now one of the largest mosques in Asia, the Taj-ul-Majid serves as a popular Islamic school during the day, and site for visitors coming to Madhya Pradesh’s capital of Bhopal. The pink façade is topped with three colossal domes, and two 18-storey high octagonal minarets.

If you happen to be in Kerala, make a stop at what is most likely the oldest mosque in the country, Cheraman Juma Masjid.

After the Chera King of Kerala witnessed the splitting of the moon – a miracle performed by the Muhammed as mentioned in the Quran – he learned about the work of Muhammed from Arab traders who had arrived on the Malabar coast.

As the story goes, the King travelled to Arabia with the merchants, met the Prophet Muhammed, and converted to Islam. Muhammed’s companion, Cherman Perumal then sailed across to Kerala to convert a Buddhist temple into a mosque in 629 AD.

Reportedly reconstructed in the 11th century, the mosque still displays remnants of its original purpose as a shrine, including a traditional pond, and an oil lamp that is said to have been burning for over a thousand years.

Another mosque built during India’s former dynastic era, the Makkah Masjid was commissioned by Muhammad Quli Qutb Shah, the fifth ruler of the Qutb Shahi dynasty.

Built between the 16th and 17th century by around 8,000 labourers, it is one of the largest mosques in India. It is thought that the bricks used for the central archway were made from soil brought from the holy city of Mecca in Saudi Arabia.

Rising above the commercial streets of Kolkata, the red-stone Nakhoda Mosque is an impressive sight. The largest mosque in this bustling city, the mosque was built in 1926 to fit 10,000 worshippers.

Its Mughal-inspired design features gorgeous emerald-green domes and minarets, and a grand, ornate entrance modelled on the Buland Darwaza at Fatehpur Sikri.

Haji Ali Dargah, a mosque and a shrine in the vibrant city of Mumbai, was constructed in 1431 to commemorate a wealthy trader who surrendered all his worldly possessions in his home of Bukhara (in present-day Uzbekistan) before embarking on a trip to Mecca and later settling in Mumbai.

Located on an offshore island 1,640-feet from the coast, the white marble building is a dazzling example of Indo-Islamic architecture. Access depends on the tide, with high tide making it impossible to cross over to the dargah.

This white marble mosque in Jammu and Kashmir has the most breathtaking location of all – surrounded by mountains and with a view to a pristine lake.

The name originates from the Urdu word, Hazrat, which means ‘respected’, and the Kashmiri word bal, which translates as ‘place’ - which was likely given due to the mosque’s relic that is believed to contain strands of Prophet Muhammed’s hair.

Take a stress-free escorted tour to India and explore the stunning mosques for yourself. Book your dream holiday here.