At 3.1 million square miles, the United States is one of the largest landmasses in the world. And yet somehow, on a stretch of road that’s just under 1,000 miles, you can hit four of the country’s most striking national parks: Yellowstone, Bryce Canyon, Zion, and Grand Canyon. From the geysers of Yellowstone in Wyoming right down to the Grand Canyon’s rough and rugged beauty in Arizona, a US National Parks holiday is the ultimate way to see the best of this world superpower. Get up close and personal with the country’s legendary cities, quirky small towns, and of course, vast natural beauty.

Thanks to the sheer range of national parks in the states - approximately 52.2 million acres of land is protected by the parks system - it can be an inspiring yet daunting task choosing where to visit. Of course, you could simply stick to our four favourites, Yellowstone, Bryce Canyon, Zion, and Grand Canyon, and experience them on our brand new escorted tour: The Wonders of the US National Parks.

But if that's not in the cards for you, here's our guide to deciphering which park might be for you: 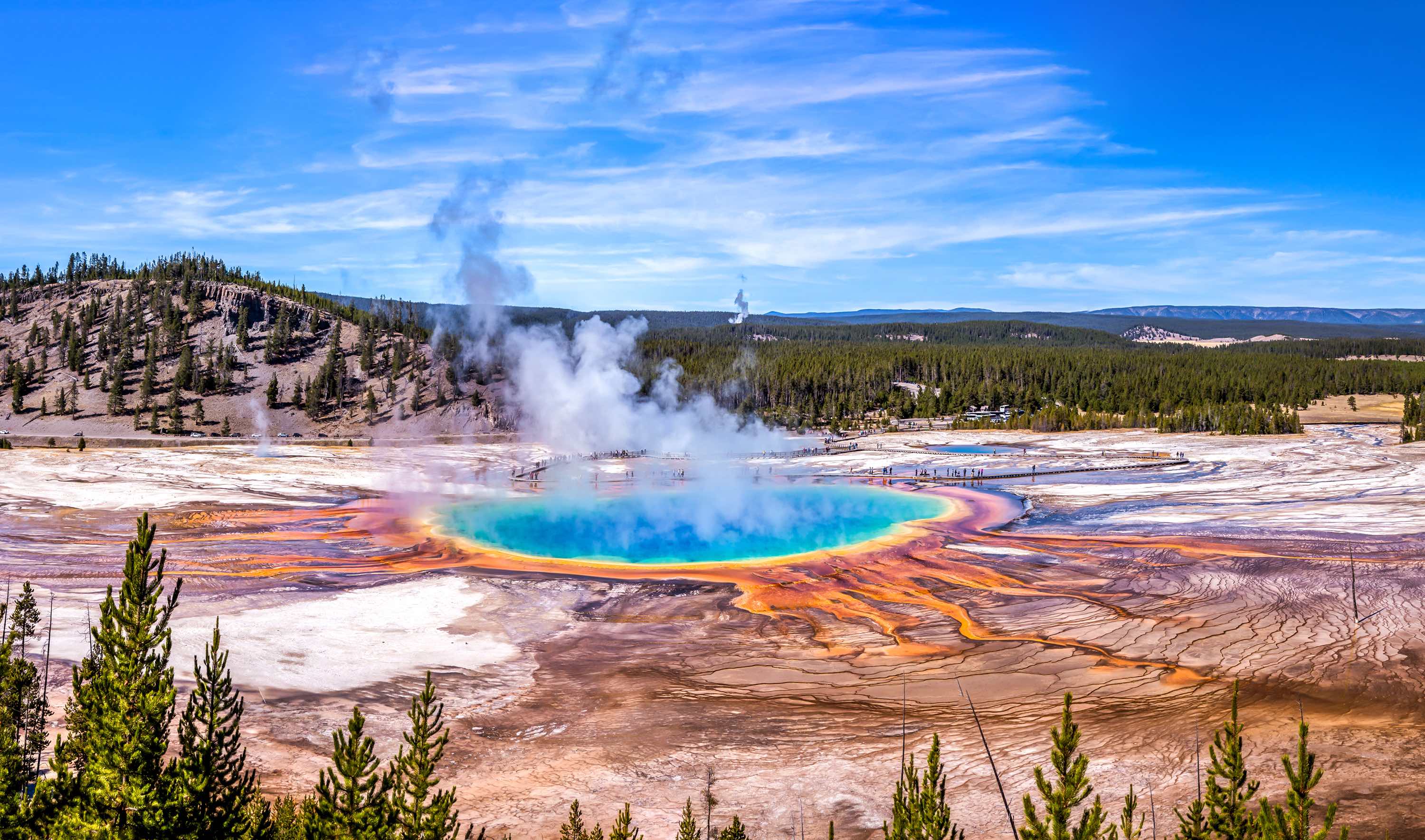 Yellowstone, named after the Yellowstone River that runs right through it, was designated as a UNESCO World Heritage Site in 1978. The park is home to America's most significant population of buffaloes, grizzly bears, and wolves, but it's most well-known for its bison. It’s the only location in the country where bison have continuously lived since the prehistoric era.

The landscape will draw you right in with its gushing cascades, glacially-formed valleys, and its mountainous terrain. In fact, three striking mountain ranges cut into Yellowstone, including the Gallatin Range, the Absaroka Range, and perhaps the most well-known, the Teton Range.

Who will love this national park: The hotheads. Well, we mean those who are looking for something beyond pristine forests, tranquil plains and calming scenes. Yellowstone is both ancient and alive thanks to its unique positioning atop a dormant volcano. A staggering 10,000 hydrothermal features can be found within the park - and 500 of these are attention-seizing geysers. Other features include mud pots, fumaroles, and hot springs. So, if you’re someone seeking a bit of heat, off you trot to Yellowstone. 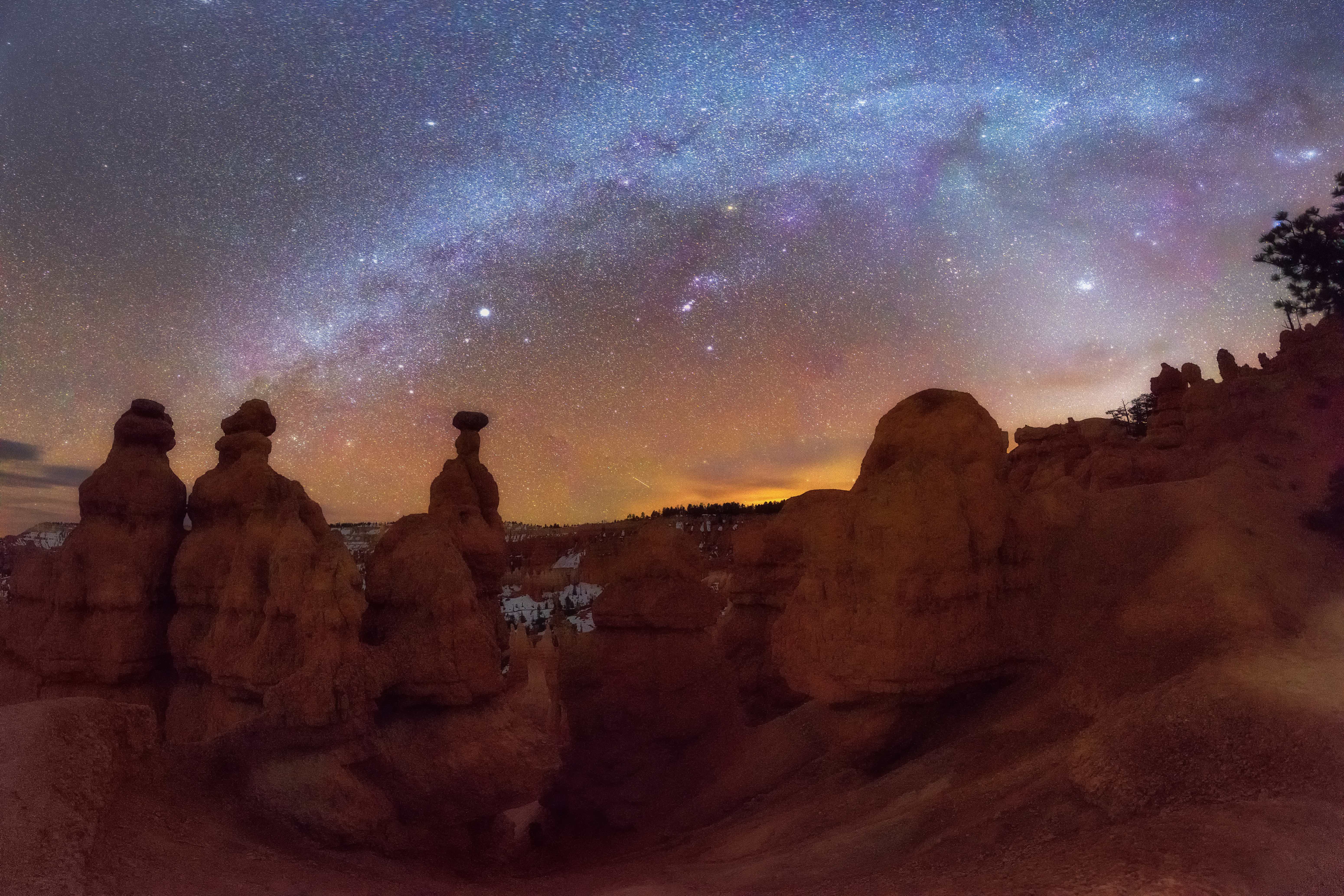 Bryce Canyon is one of southwestern Utah’s most stunning examples of natural beauty. With its vibrant canyon walls, rivers, and “hoodoos” - the orange-pink sandstone spikes that protrude from all areas of the park - Bryce Canyon is a must visit. The park also spans a variety of elevations meaning its plants - particularly its trees - have had a unique way of adapting and prospering. The higher altitudes are filled with white fir and spruce and the lower sections have the kind of flora you might expect to see in the desert cactus and yucca.

Designated as a national park in 1928, Bryce has developed a reputation for the opportunities it presents for stargazing. The park is home to some 100 ranger-led astronomy programs which involve mild to moderate moonlit hikes - during the full moon - either right into the famed canyon or along its rim.

Who will love this national park: the colour obsessed. If you came to marvel at a beautiful range of tones and hues, you will be constantly inspired at Bryce Canyon. From the pink hoodoos to the deep dark green hues of the pine to the twinkling night sky, the park is an incredible place to brighten up your holiday. 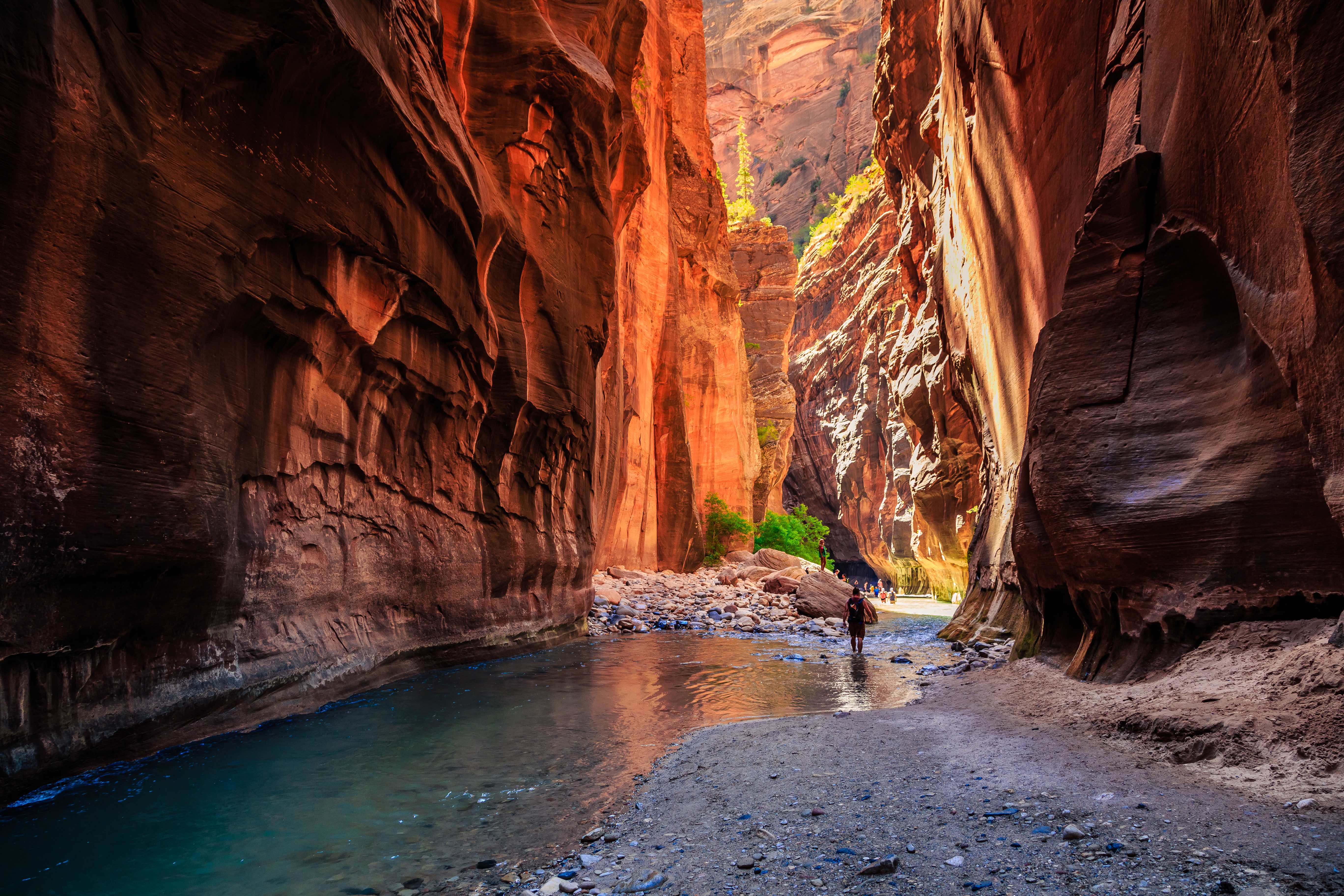 Zion is one rocky place. Home to 2,000-foot sandstone cliffs and canyons, Zion draws accomplished, daring rock climbers from all over the world. Of course, it’s just as beautiful on the ground, without the ropes and that added element of danger. Zion is also popular among hikers, with plenty of diverse, rugged landscapes to explore and wildlife to spot including mule deer, lizards, Mexican spotted owls, and occasionally, mountain lions.

Who will love this national park: those who want to feel tiny. At 229-square-miles, Zion is the largest national park on this list. Zion Canyon, the most prominent feature of the park, is an impressive 15 miles long and 2,640 ft deep. The best part is, the canyon is constantly shifting and evolving. The Virgin River and its tributaries move through the canyon, gradually carving its walls to make it wider and deeper. 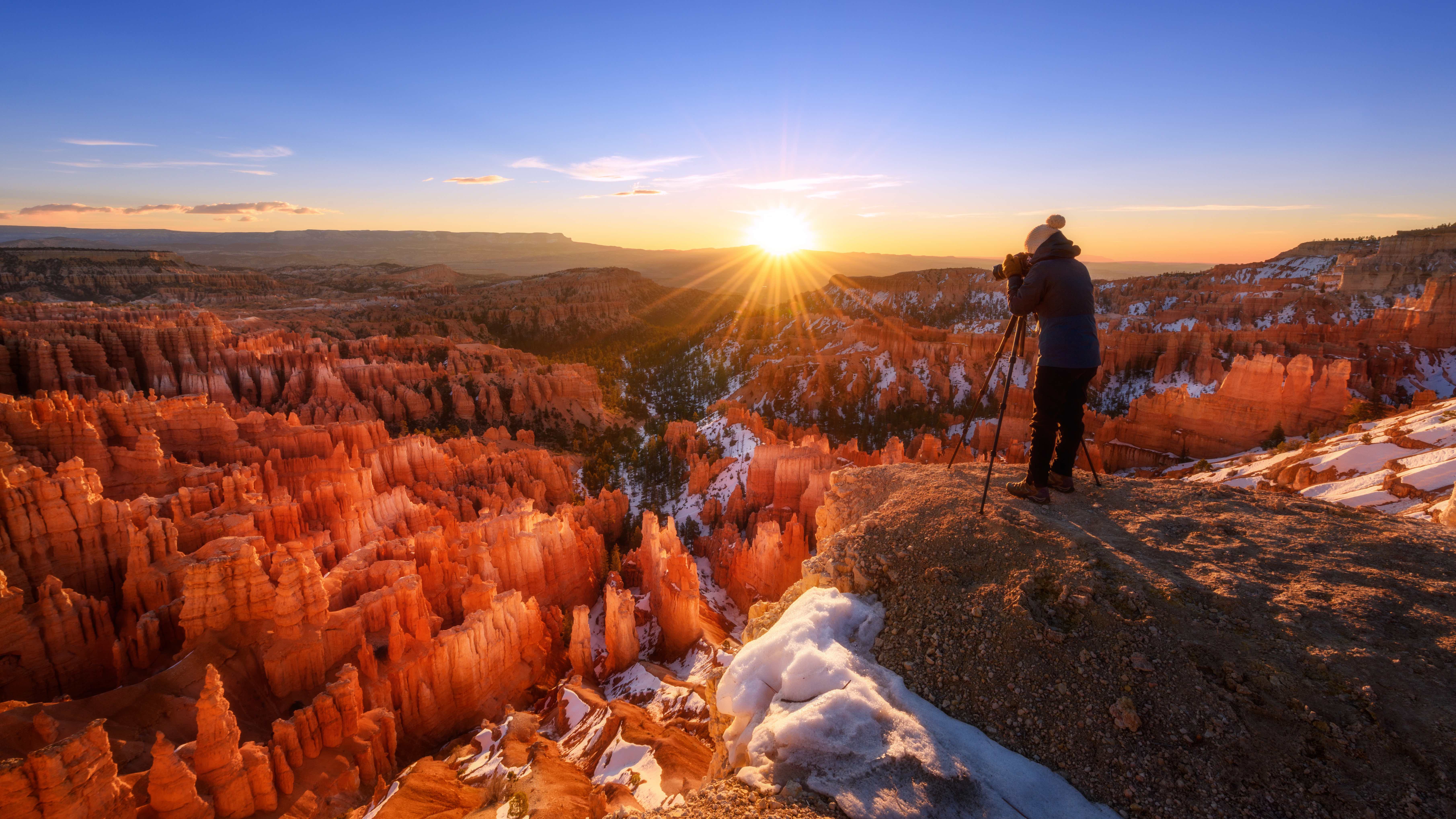 Now for the smallest but not the least mighty of the bunch, Grand Canyon National Park. This natural wonder is one of the most-visited attractions in all of the United States and it might just be one of its oldest. The powerful Colorado River began shaping the canyon anywhere from 6 to 70 million years ago, meaning it is home to an impressive selection of ancient fossils, including marine fossils which date back to 1.2 billion years.

Who will love this national park: sunrise lovers! Few places on earth offer a sunrise-viewing experience like the legendary Grand Canyon. Arrive early, bring your coffee (if you have to), and settle in to watch the first light break over the canyon, casting a hypnotic glow over the towering cliffs and plunging depths.

See these four national parks with us. Book a spot on our newest US National Parks tour, and experience an unforgettable flight over the Grand Canyon, and even a side-trip to Salt Lake City.