Rich history, stunning coastlines, rolling countryside and a wide variety of attractions; it's certainly not difficult to see why Dorset is one of the UK's most beloved spots for a restorative break.

Dorset holidays have always been popular with travellers from all over the world, and with good reason. The county is home to some of the most spectacular scenery in the country, whether it be dramatic cliffs overlooking sandy beaches, seemingly endless green fields and rolling hills, or quaint chocolate box towns and villages. With a vast array of exceptional historical and cultural sights added to the mix, as well as an exquisite food scene and wildlife aplenty, Dorset makes for a fantastic destination at any time of the year. Whether you fancy combing the prehistoric coastline for fossils, wandering through grand stately homes, or just a peaceful morning birdwatching, you'll find plenty to keep you occupied.

The county has deep literary connections, with its most famous resident, the 19th century author and poet Thomas Hardy using the surrounding countryside as inspiration for much of his work. Author John Fowles did the same with his novel The French Lieutenant's Woman, following his relocation to Lyme Regis in 1968. Indeed, the Jurassic town has proved particularly popular with writers throughout the generations; Jane Austen based some of the scenes in her novel Persuasion in Lyme Regis, too. War hero, adventurer and writer T E Lawrence also called Dorset home during the later years of his life; 'Lawrence of Arabia' bought a little cottage near Lulworth Cove.

There is a huge array of possibilities when it comes to setting an itinerary for Dorset tours. As one of the most photographed regions in the UK, you can be sure of picture-worthy vistas whichever town you visit. For Victorian architecture and world-class beaches, Bournemouth is a must-do, while the rolling countryside of Cerne Abbas - complete with its iconic giant - is always a pleasant escape. Weymouth and Swanage provide ample Victorian seaside town charm, and Lyme Regis is the ultimate spot for fossil hunters. From steam trains to cream teas, Dorset trips offer ample charm and wonderful memories galore.

Things to do in Dorset

Dorset holidays offer plenty in the way of things to do. Those that are craving fresh air and scenic walks have a wonderful list of options to choose from. Undoubtedly one of the prettiest strolls is the 3-mile stretch from Lulworth Cove to Durdle Door. The journey is best begun with a dip in the sea at Lulworth Cove, before setting off for the famous view of the limestone arch. A visit to nearby 17th century Lulworth Castle makes a great addition to the itinerary. Tyneham Village is another beautiful spot. This little village was abandoned during World War Two and today acts as a time capsule of a bygone era. Wander around the village, then follow the path down to Worbarrow Bay - a gorgeous little cove with picture-perfect views.

Few Dorset holidays would be complete without a visit to its Jurassic Coast; a UNESCO world heritage site, no less. With dramatic cliffs, charming bays and beautiful beaches, it's the English seaside at its best. The bustling town of Weymouth is one of the most popular holiday hotspots. With a delightful fishing harbour, a fortress, and a long stretch of sandy beach, it makes a wonderful day out. Lovingly referred to as the ‘Pearl of Dorset’, Lyme Regis offers fossil hunting and plenty of excellent dining options. Television lovers may recognise the beach at West Bay; it was featured in the hit programme Broadchurch, as was the charming village of Littlebredy. Away from the Jurassic Coastline, Bournemouth is home to a superb array of attractions along with a 7-mile stretch of sand, while the Sandbanks area of Poole is renowned for its pristine white sand and glittering waters.

For those interested in history, Dorset trips offer an abundance of chances to catch a glimpse of the past. There are a wide array of impressive stately homes and other protected dwellings and structures to visit. From the postcard-worthy thatched cottage that Thomas Hardy was born in, to the home of TE Lawrence, the National Trust has a lot of enchanting properties throughout the country. A visit to the 11th century Corfe Castle, built by William the Conqueror, is another popular destination on many Dorset tours; riding the steam train on the rebuilt Swanage Railway is the perfect way to get there. From wandering the spectacular gardens of Kingston Lacy to exploring Henry VIII's Portland Castle, it's impossible to leave Dorset without having learnt something about the county's rich heritage. 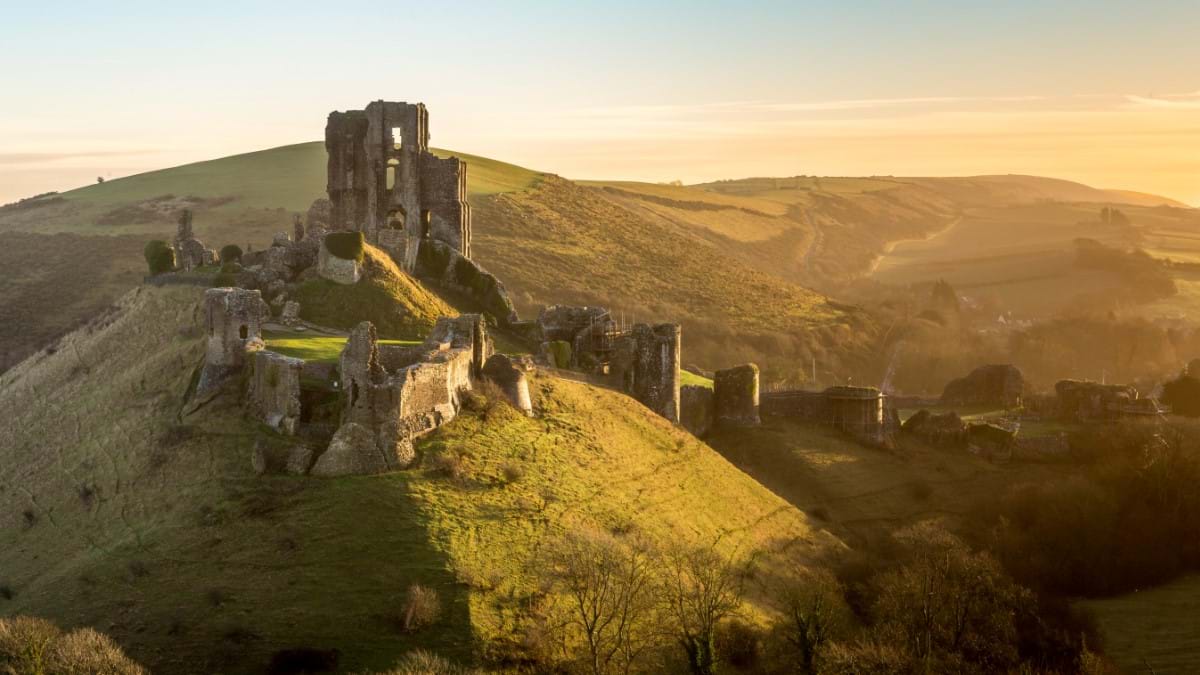 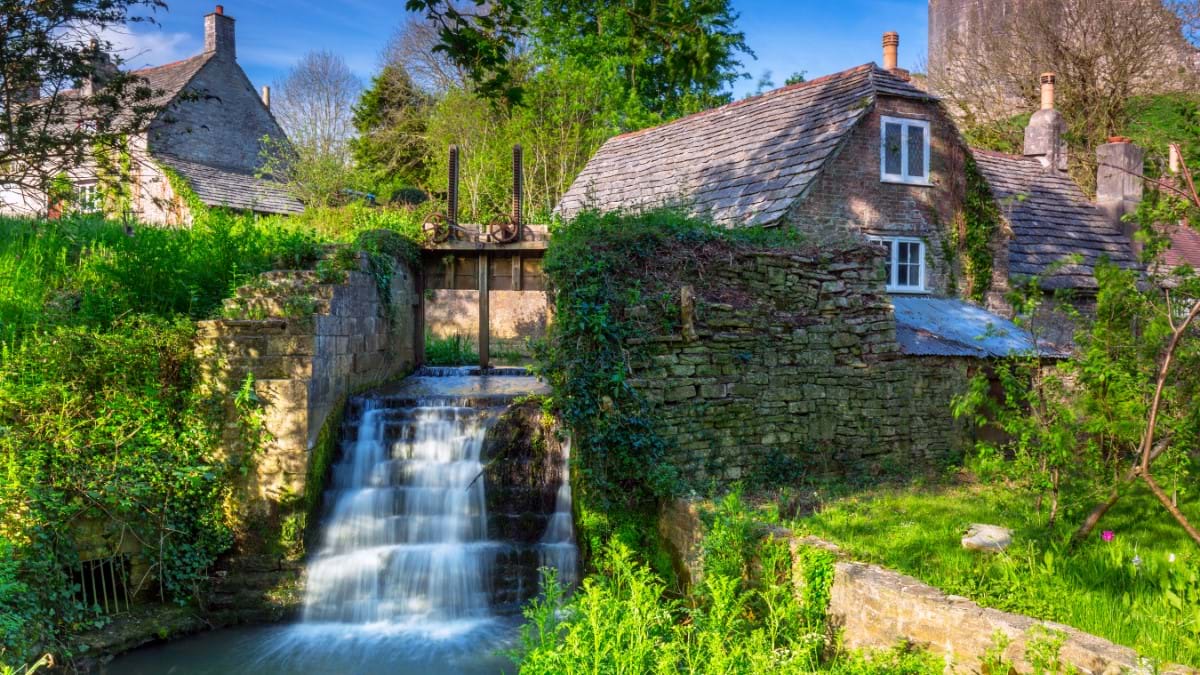 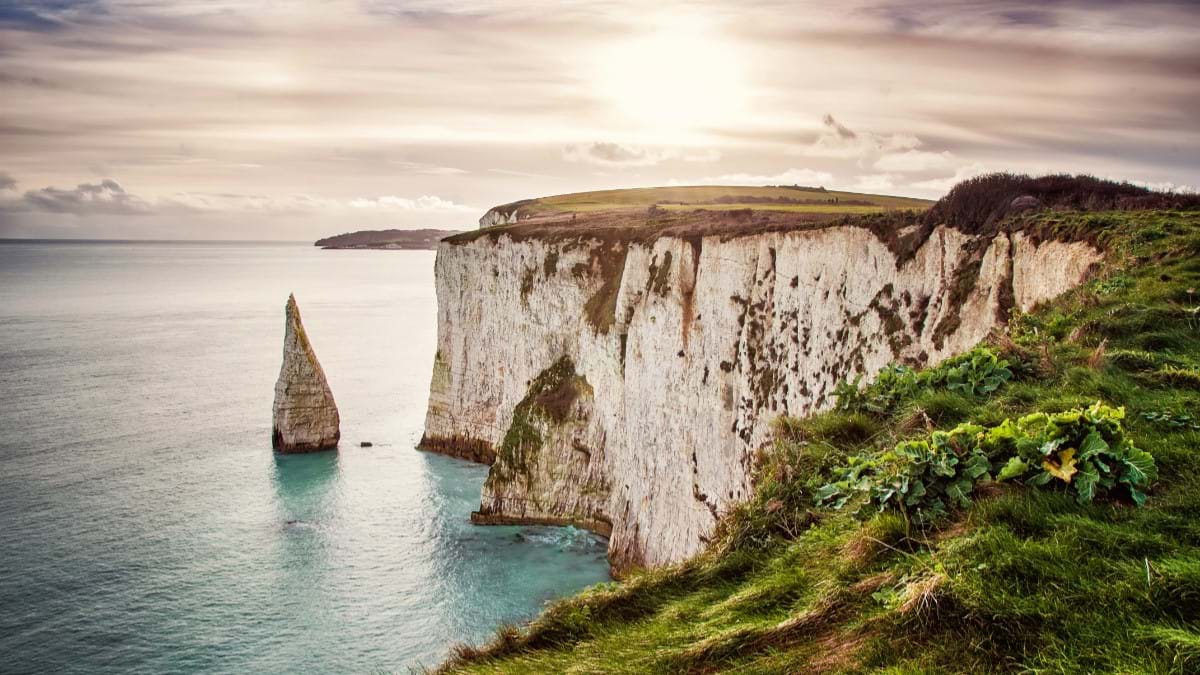 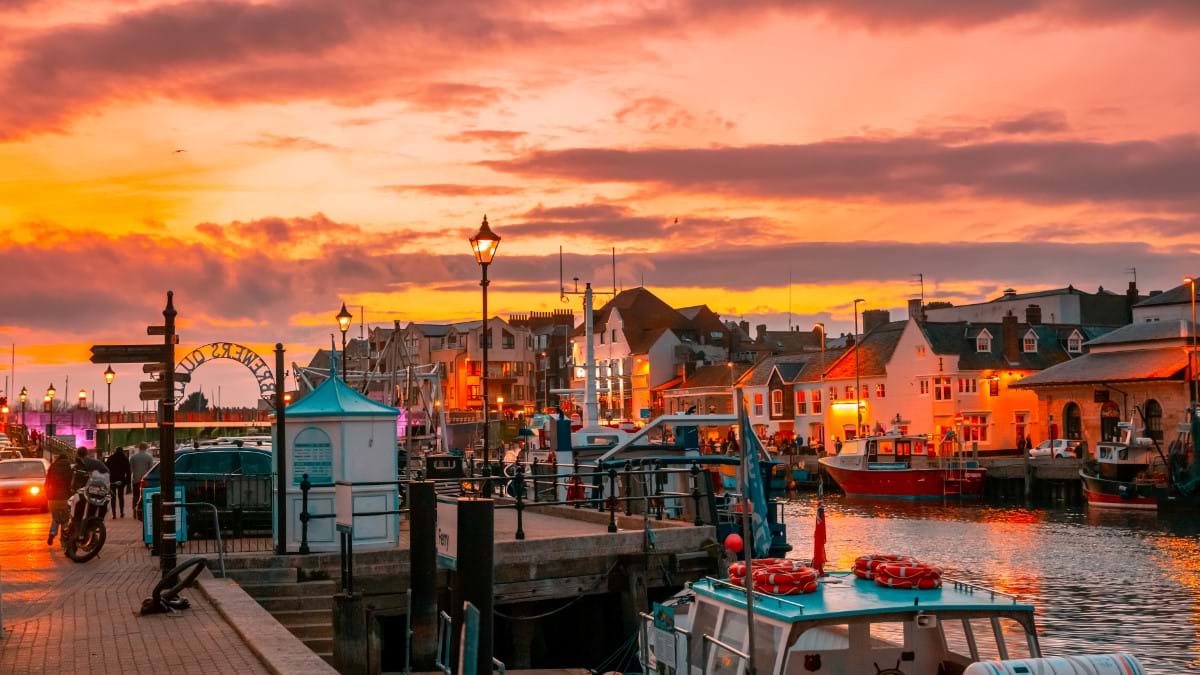 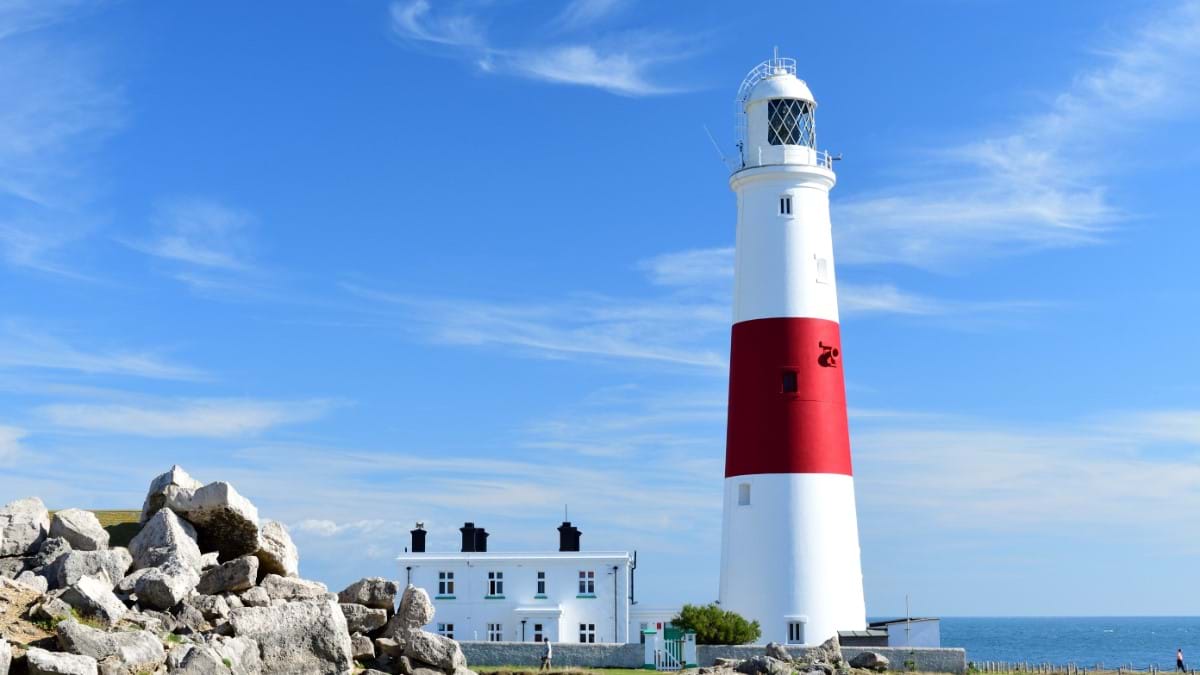 Food and Drink in Dorset 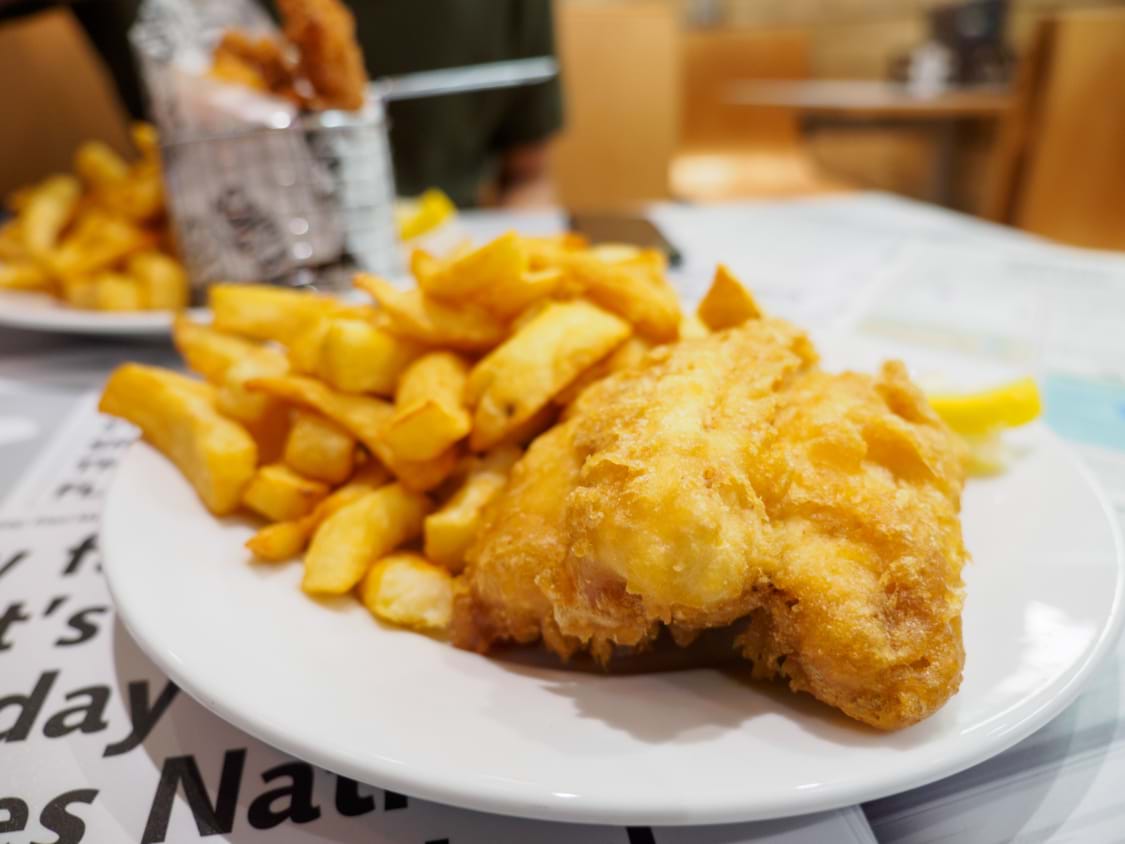 There is a tantalising assortment of dining options across the county, making it easy to eat well wherever you are. Of course, Dorset holidays wouldn't be complete without a trip to the seaside, and the food that comes along with it. You'll have no trouble finding excellent restaurants and cafes serving up delicious, fresh seafood - even better if it's eaten alfresco with a view of the water. From crab and sea bass to scallops and oysters, what better way to refuel for your next round of sightseeing than with a tasty meal of locally caught ingredients? It needn't all be fine dining, though - sometimes a bag of chips beside the sea is just the ticket, and you'll find plenty of fish and chip shops lining the beaches in Weymouth, Bournemouth, Swanage and Poole.

Seafood aside, there are plenty of other taste bud-pleasing dishes to try. Whether you're strolling through local markets, popping into independent delis or getting cosy at a traditional-style pub after a day on your feet, you can be sure of enticing local produce and dishes. For something on the classier side of things, the county has a number of restaurants listed in the Michelin Guide, as well as venues owned and/or run by celebrated chefs such as Rick Stein and Mark Hix. Don't forget to stop by one of the county's tea rooms for a cream tea or slice of Dorset Apple Cake, though.